Planning transcontinental surf trips against the backdrop of a global pandemic isn’t the easiest of affairs.

Travel bans, quarantines, testing. God, how we miss the days of just booking a flight, firing up to the airport, blagging an upgrade, downing some Bloody Mary’s, taking a light power nap. 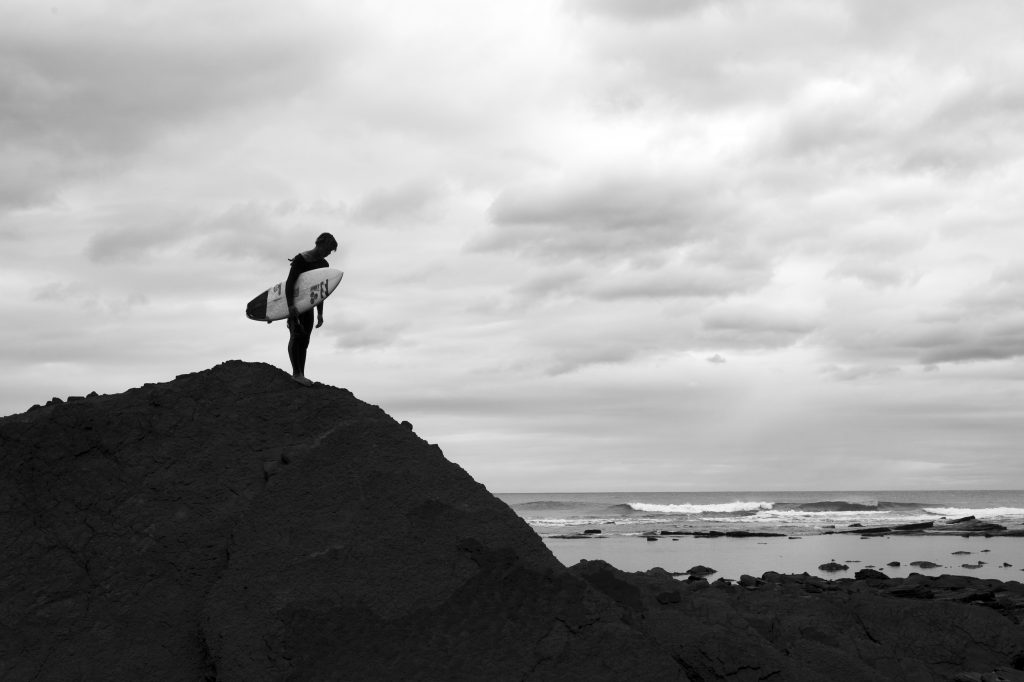 Equally, getting friends from afar to home shores is equally as tedious. Oh, how we have laughed our way across Europe in previous autumns with Dion, Chippa, Jay, Noa. Surfing occasionally but mainly focusing on the finer points of Dutch and Scandinavian nightlife. But not this year; the Euro tours we somewhat took for granted don’t exactly align with current travel guidances. Are you Australian? Well you can come to Europe but the Australian government won’t let you leave again. Are you American? You’re free to leave the US but Europe won’t have you. That is, unless, you have a European Passport.

Enter Eithan Osborne. One of California’s most promising exports, nurtured by none other than Dane. European roommate of Chippa’s. Winner of Stab High’s highest air. A bright future indeed. The shiniest of cred decks. But there’s no brighter moment in such weird times than being a person holding three passports. American, Israeli (we’ll come to that later) and most crucially–French.

“Wait, Eithan has a French passport? Let’s get him over!”

This was the gist of the conversation one cloudy September afternoon. However, what we weren’t prepared for was Eithan’s reactiveness. Four days later, there he was in the arrivals of Biarritz airport. Negative covid test in hand. Ready for all of the beers, some of the wines and maybe, just maybe, some surfing. 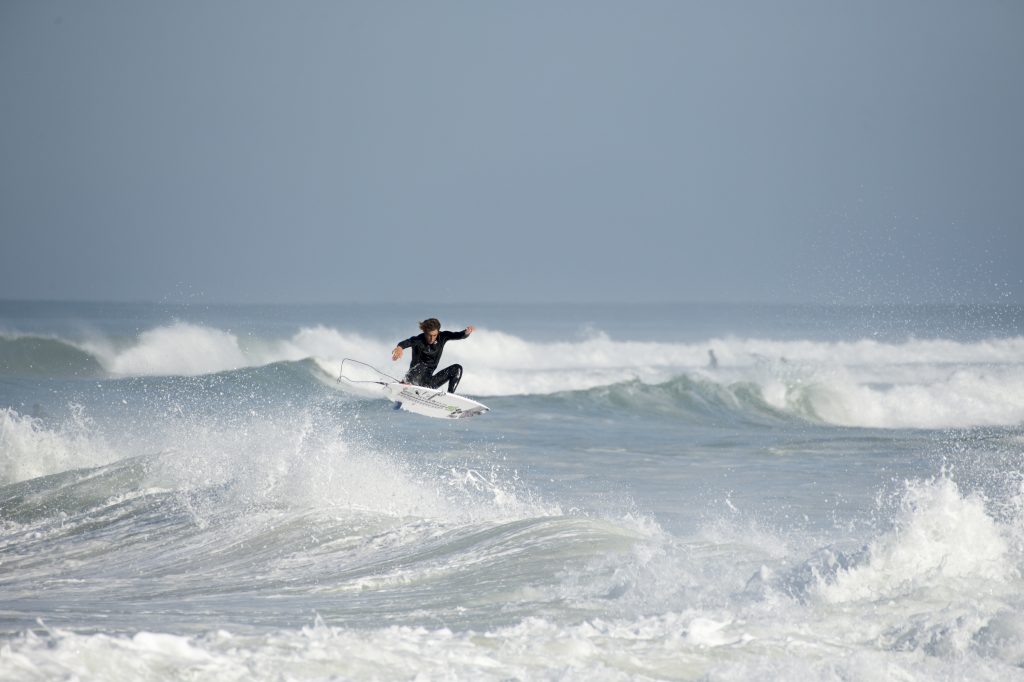 Now, this autumn in France has been a somewhat lackadaisical affair. Rain, wet, onshore winds and numerous storms have quelled the traditional été indien dream for which France has been à la mode as the destination of choice in September or October since, well, forever. In essence, all was not plain sailing, despite every prior autumn in living memory offering clement weather and waves. Every forecast under the sun showed an oversized red blob approaching our shores with unwelcome accompanying 100km an hour winds and 30 foot swells. A storm not totally unlike any other that we’d experienced but still, for fun waves and beers in the sun, we needed a back up plan. And quick.

So we set our sights north for any nook or cranny that could handle such a swell. Ireland: great waves, Guinness is amazing but 14 days quarantine on arrival is a bit of a non-starter. Scotland: beers are ok(ish) but the quarantine is the same. Brittany: not a bad option, but quite cold and let’s just say beers in the sun it is not. Northern Spain: reliable reports indicate that the swell will be too big for there. South? Portugal? Super bock! Sagres! The entire European pro-surfing scene is there. Avoid. Canaries: the swell just missed it and the winds are bad. Although the beers are delicious…

We were stumped. The Atlantic, in our eyes at least, was effectively closed for business. 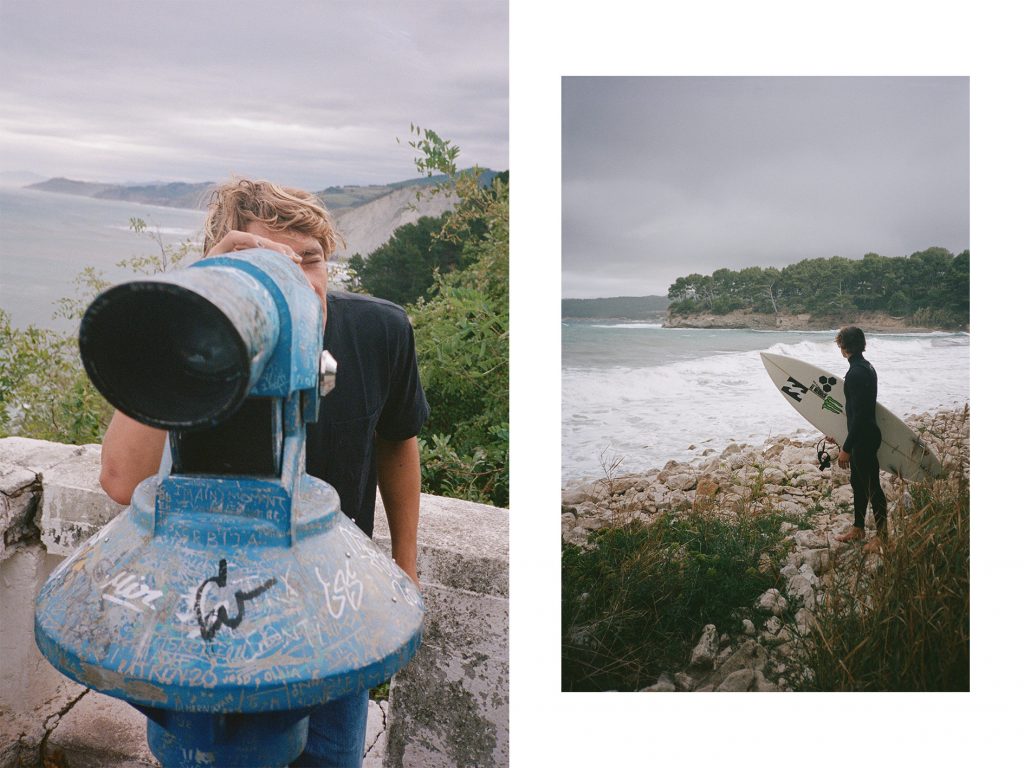 Naturally, our eyes turned to novelty. And nothing is more novel than the Mediterranean, the Sea that gave us one of our best trips yet—in Lebanon. But with the swell charts looking pretty off-key for Spain, Italy being hammered by inclement winds and a slight reluctance to fly, we set our sights on France, where a little birdy told us the French Riviera might have just the thing we were looking for… We hear rumours of a fabled right hand point offering long walls and surprisingly hollow sections given its geographical location being more renowned for the Cannes Film Festival than anything else. Sign us up.

Could anything be more novelty. Could anything be more luxurious. Is this the birth of luxurious novelty? Luxnov? With the car loaded, we dream of wedges breaking off the bow of an oligarch’s super-yacht. A few turns to the beach and then being invited up for caviar and Champagne. With one of the better swells over the past few years on the charts, it very much looked like we were about to find out, feeling comfortable in safe hands of the hostess with the mostess—Nathan Sadoun—who you likely won’t have heard of but will definitely wish you had. A Marseille local, residing in Biarritz come summer and heir to a long line of Mediterranean surfers. A handy man to know in our search of the novelty.

Now, med swells are a somewhat procedural affair, usually happening over 3-4 days. The first day often consists of strong local winds whipping up short but remarkably punchy wind swells, the second day being calm with well-groomed swells – this is usually the day. The third and (if you’re extra lucky, extra luxnov) fourth days are a sort of sweet hangover affair of small days. Good for long boarding or hanging poolside, drink in hand.

Our experience was to be no different. The first thing we learnt is that, well, Marseille and the French Riveria are very far from Biarritz. The drive was long and boring. On arrival we checked into our Airbnb which was a little less lux than we had perhaps hoped, in the sense that it sure wasn’t a super yacht but hey, surf budgets in the 2020 Covid landscape ain’t what they used to be. We arrive with just enough light to surf a little sharp, cobbled beach. True to form of med swells, the weather is grey and stormy and low cloud hugs the cliffs as Eithan punts to the most glorious of gloomy backdrops and yours truly gets dragged across the sharp rocks. No worse injury than a bruised ego.

We beat a retreat. Waiting for the day of days.

We wake. We hit the fabled point under Nathan’s expert guidance. The sun is out and true to form, long fun walls are rumbling along the point. And wow, do people like to surf here. People of all ages. The crowd is there but the vibes are high. However, there is one problem. This isn’t novelty. This is properly good. 4-6ft walls reel down the point. Eithan surfs for two hours then breaks his board. Not bad going for the med. We revel in our good fortune. The world is our oyster, the Riviera our temptress, and we’re more than happy to dance to the beat of her drum at the point of total plaisir.

We are so distracted by scoring such good waves that momentarily we lose sight of novelty. Or was it reality? Not to be misled, we pack the car up and hit the road. The search for novelty must go on, at all costs. But the French Riviera isn’t without its complications. Numerous sniffs of novelty were snuffled as access is, to put it simply, a total shit show. Google Maps. Jumping fences. Climbing around cliffs. Peering over walls of gated compounds: “This used to be Joseph Goebbels’ summer residence,” Nathan informs us. Turns out that money can buy not just sea views but also entire seafronts, throwing a proverbial spanner in the works of our Novelty quest. Accès Interdit at every turn but after hours of searching, we finally find what we are after. A fun right, with no one out breaking at the base of a cliff and crucially, a bar just above serving the coldest of Stella Artois. We drink whilst Eithan punts for the glory of France and order is restored.

The holy grail of novelty is found. The afternoon passes in a hazy fashion, we watch Eithan surf and Nathan’s parents longboard another lazy right in view of the bar/restaurant and we decide this could be the most pleasant afternoon of all time. It takes every last ounce of strength we have for a last session at the point, momentarily forgetting that as the med has no tides once it’s good, it just stays like that. On arrival the crowd from the morning has thinned, the sun is shining its last rays over the glassy, oil painting ocean. There isn’t a drop of wind and we surf until we can’t feel our arms anymore; Stella Artois provided the supercharge we needed. We exit the sea at dark, shadowed faces lit up with bright smiles. 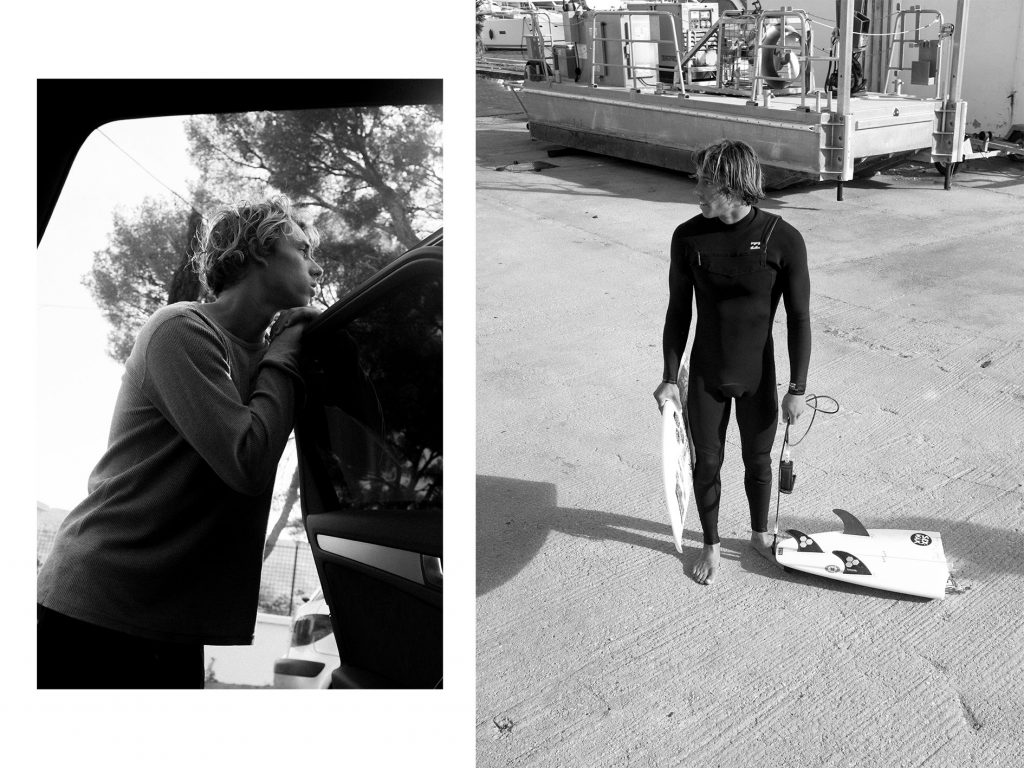 We head back to the Atlantic side with tired eyes and wry smiles. With fun waves and weather on the charts, we link with local surfer and ‘bong stable mate’ of Eithan’s, Justin Becret, adding a hint of local favour to the crew for the last few days of Eithan’s stay. With a stellar career on the pro-juniors under his belt, if it’s taught Justin one thing in the process, it’s consistency. He can punt with the best of them, with an outstanding track record of landing. As proved by our day missions to a semi, not-so-secret-but-sensitive-enough-that-we-can’t-name-it A Frame in the Basque Country, Justin put in a solid shift at the coal face and came away with the goods, as illustrated on the following page. He’s also a dab hand in the tube, and watching him and Eithan going head to head on the ramps of Capbreton and the tubes of La Gravière was more than impressive. We can’t help but feel the future of the bong stable is in a good place.

And that draws to a close to this year’s French Atlantic shenanigans for us. With a change of pace, a different coast, an absence of premiere tour but a large slice of novelty. All in all, that’s not bad for the surf trip that wasn’t meant to be.