Skip to main content
Close Search
Back to From the World Next post: THE VOLCOM PIPE PRO

A TRIP TO STUDIO ANDY DAVIS

From the World February 6, 2018
By adminmagNo Comments 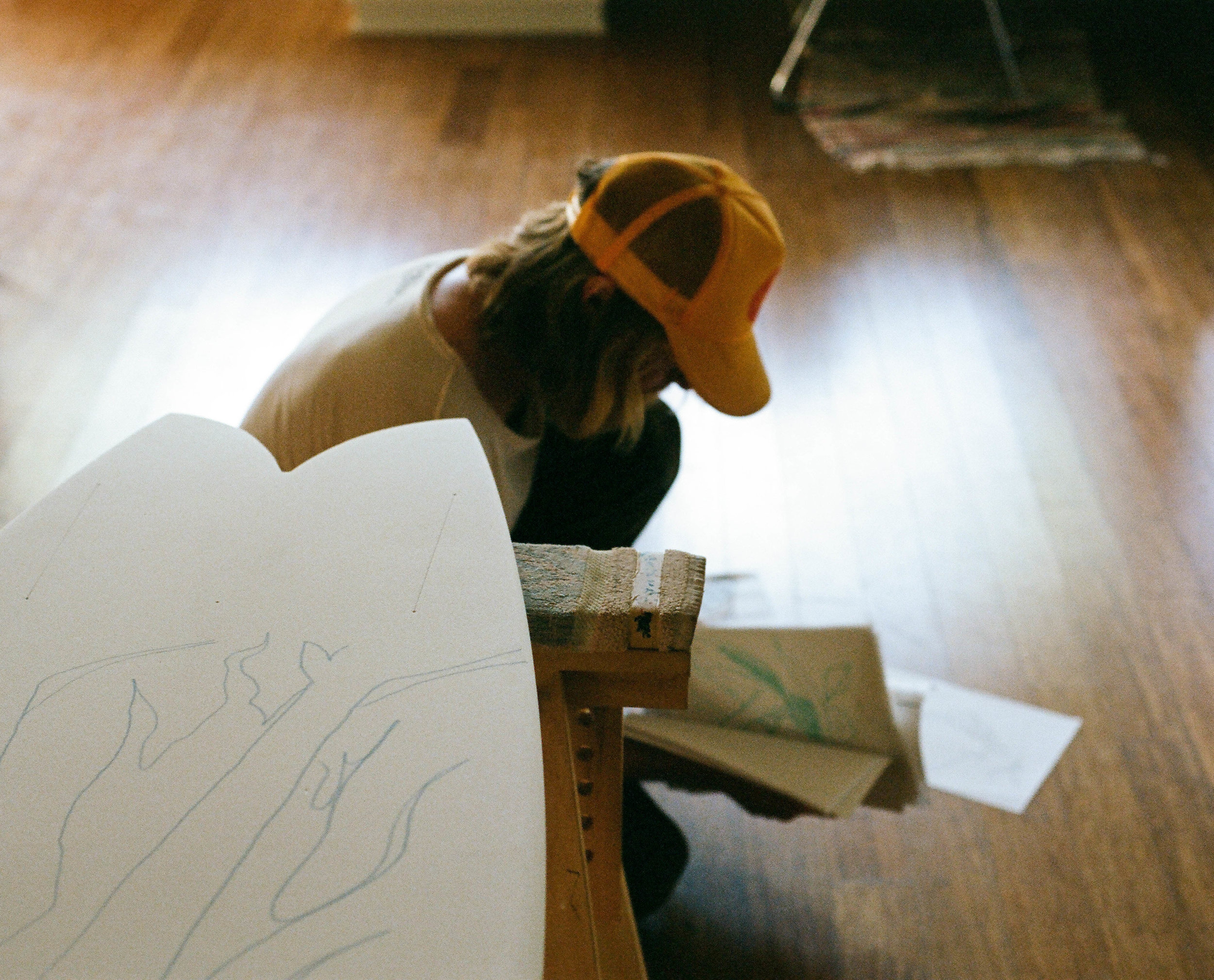 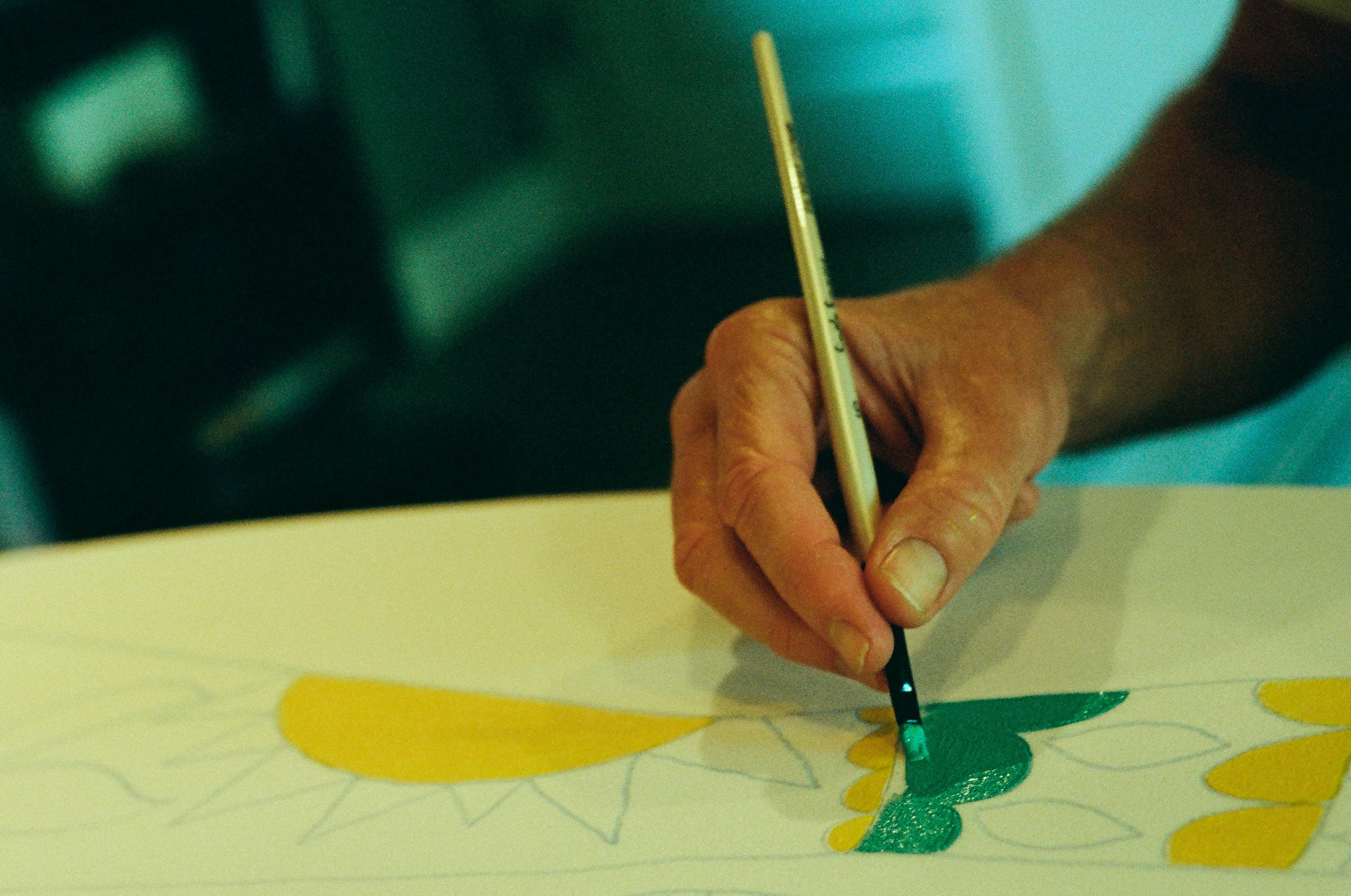 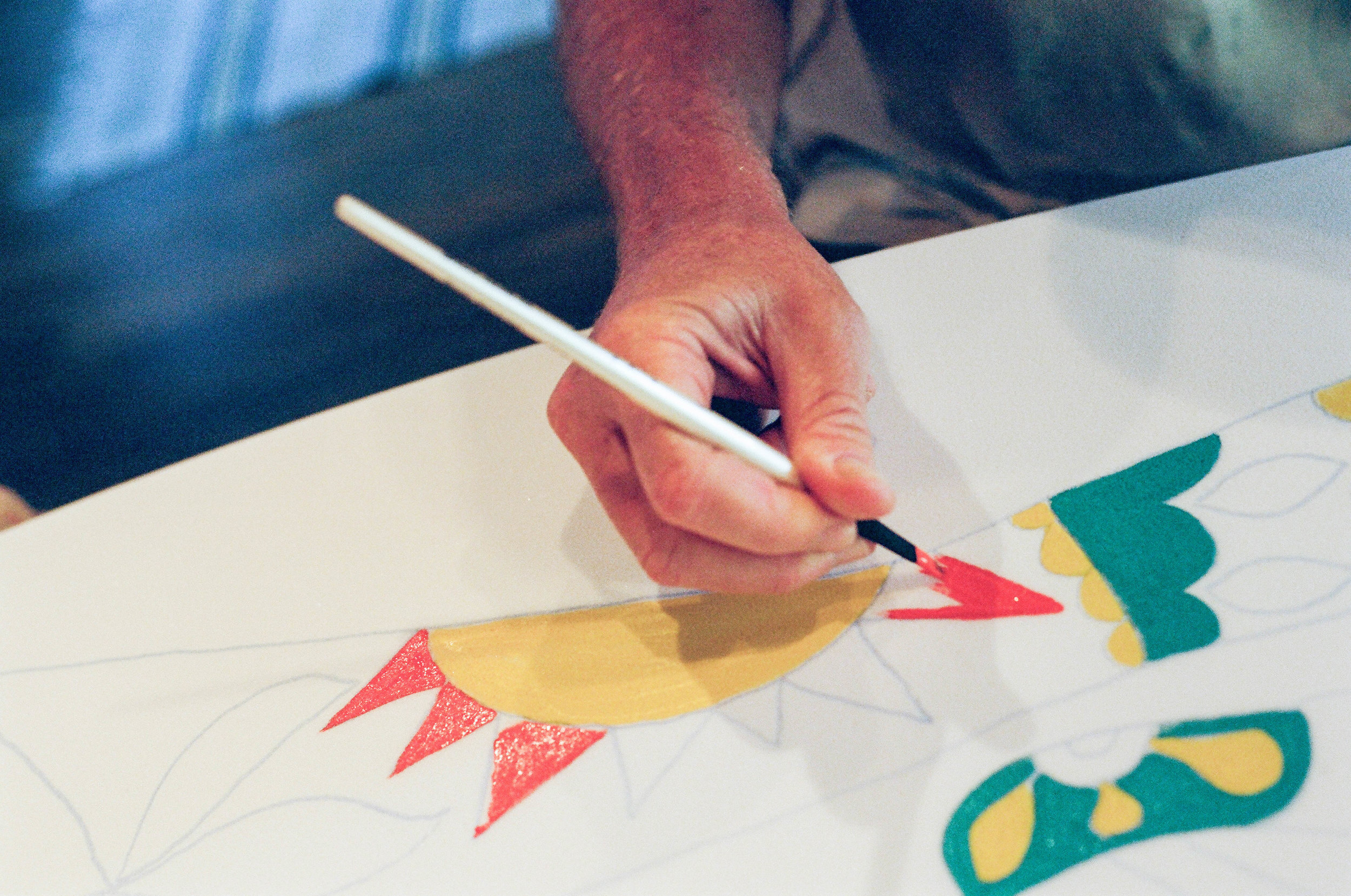 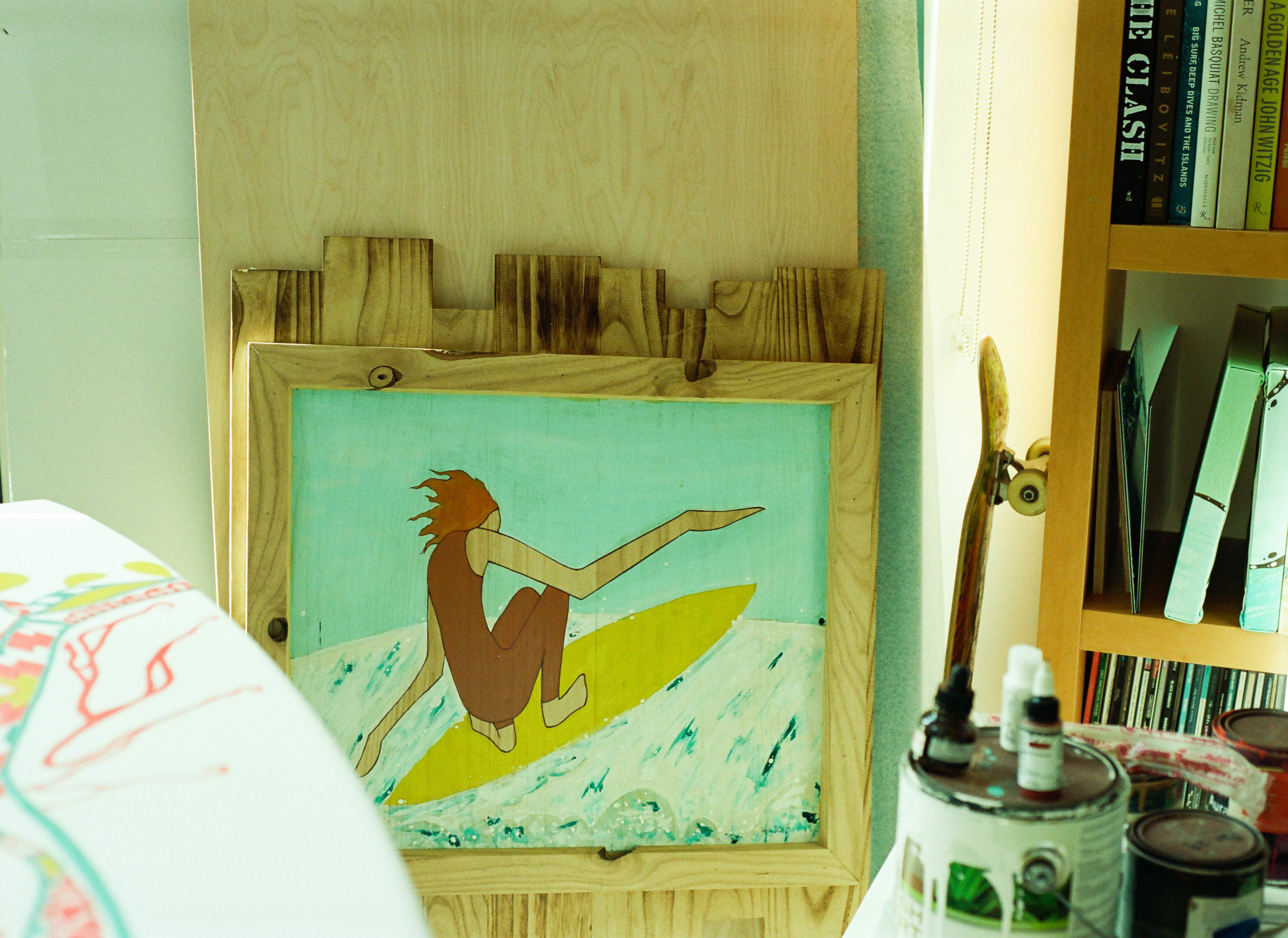 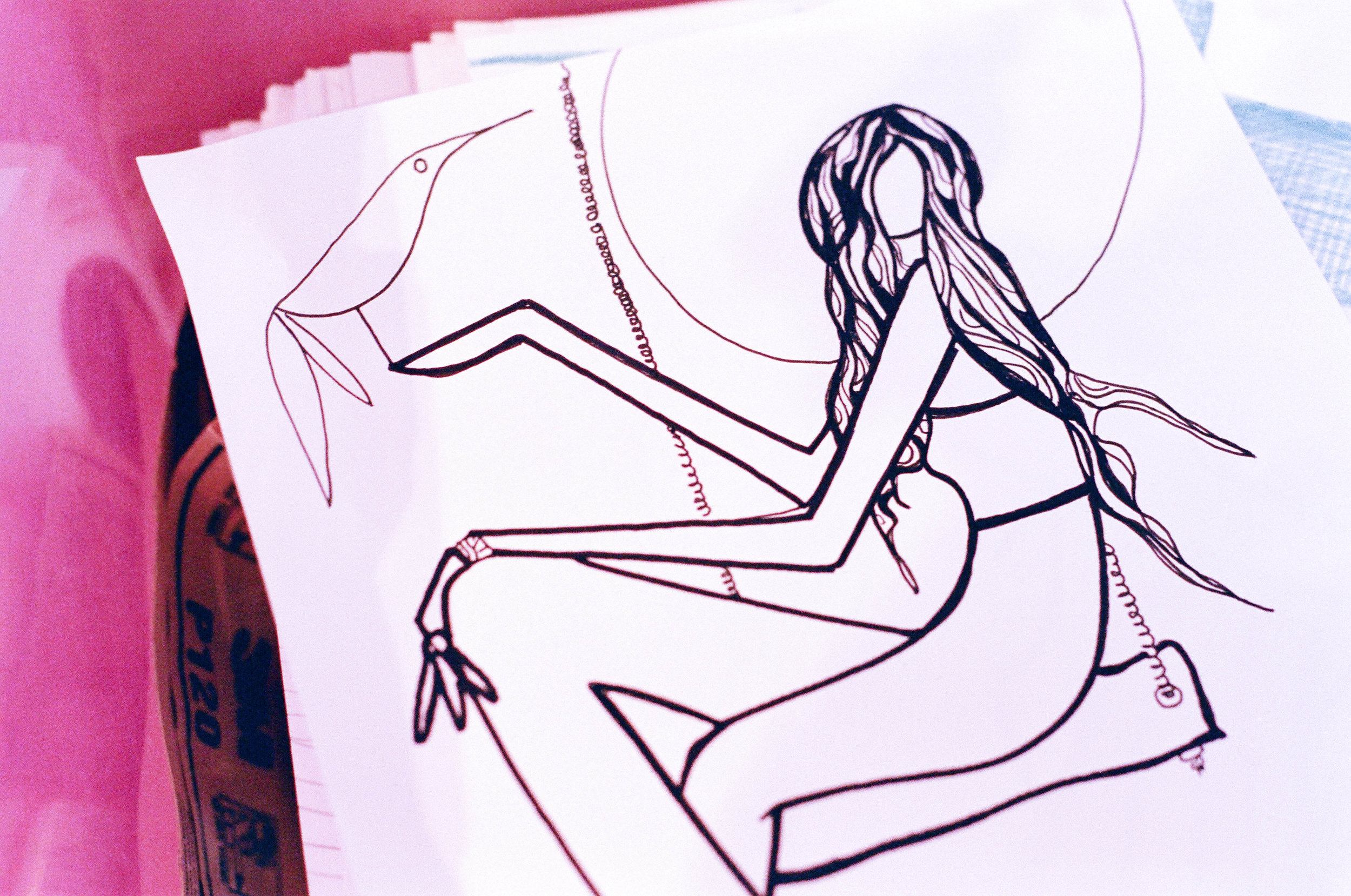 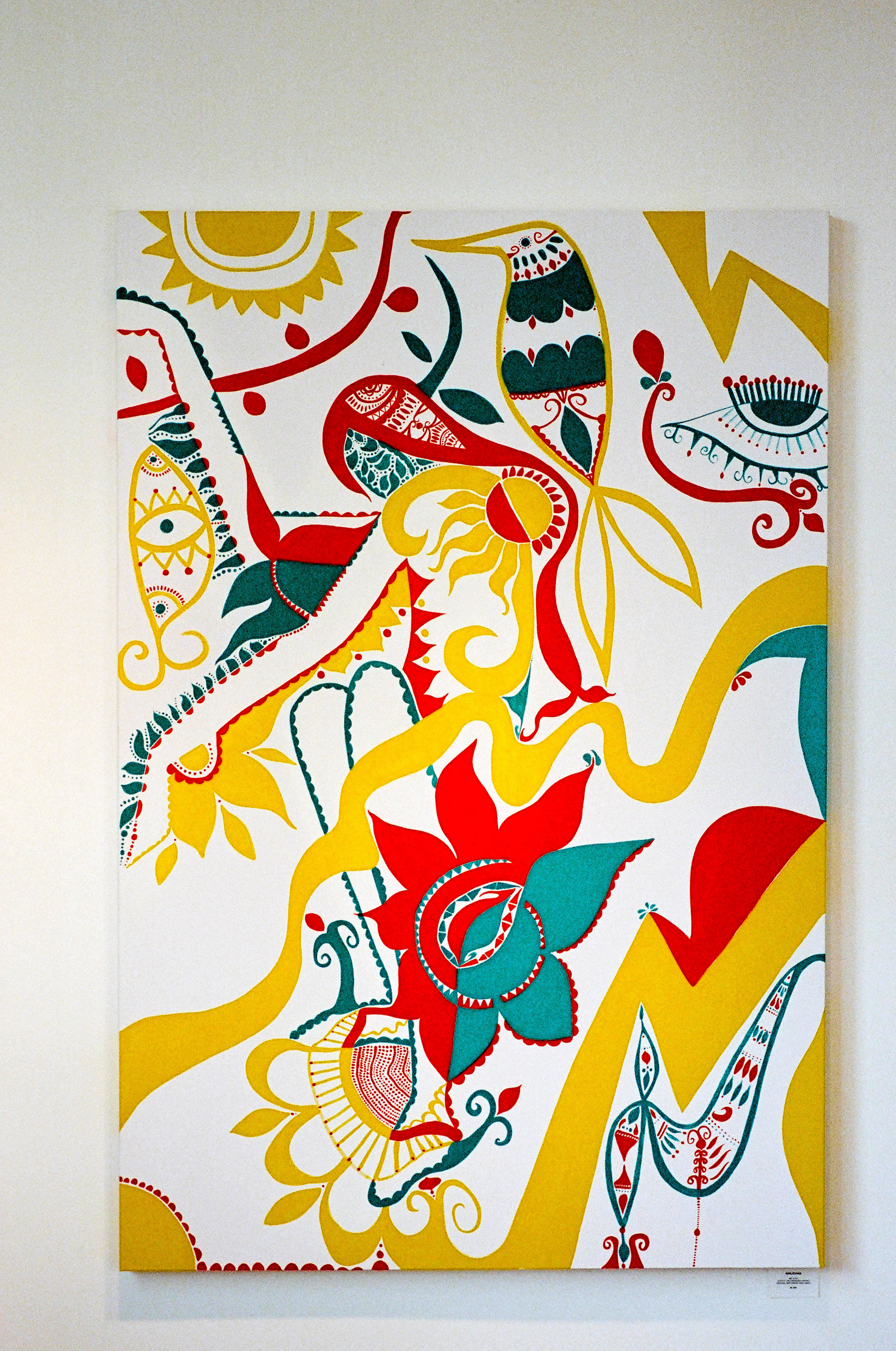 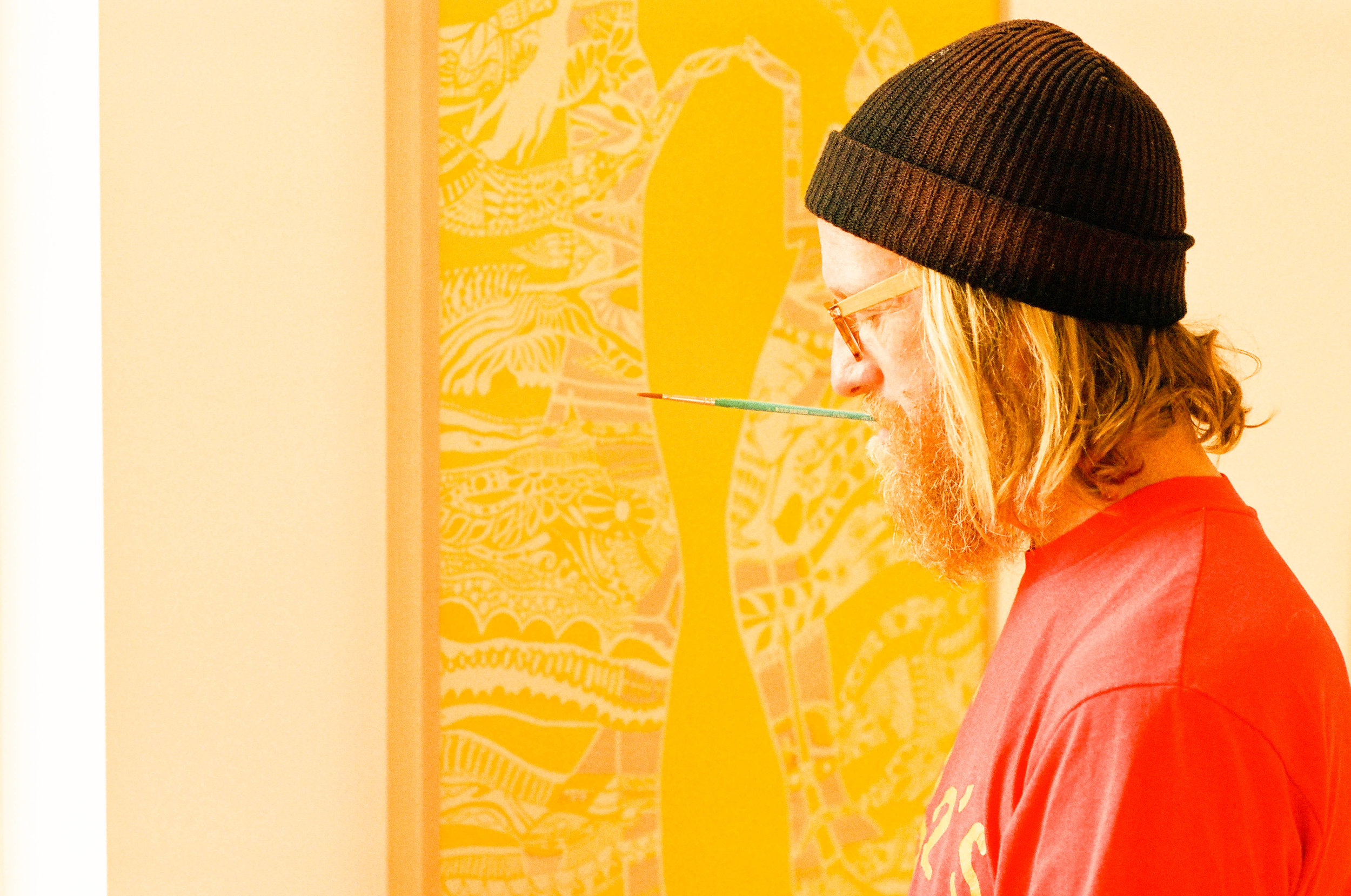 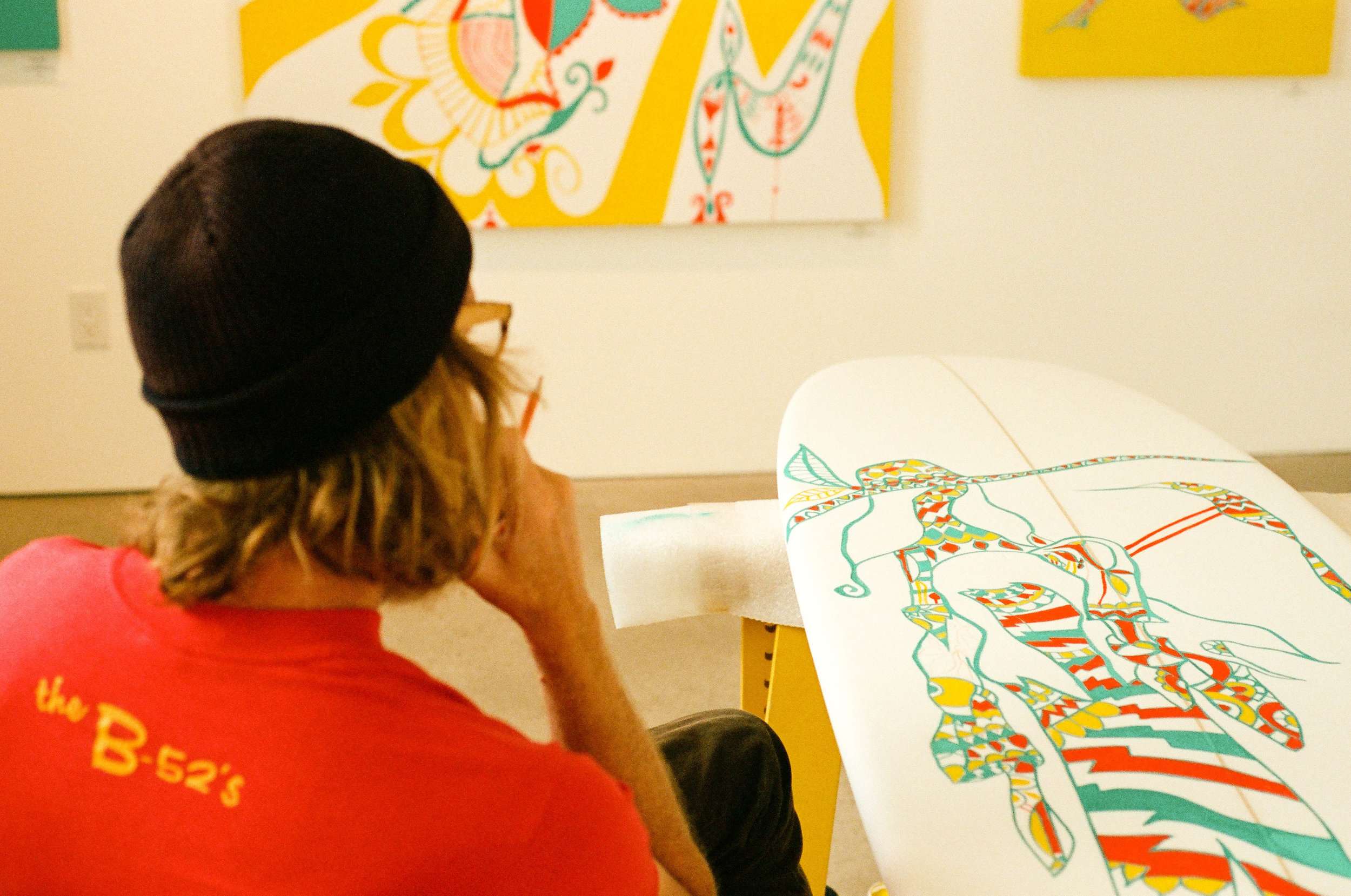 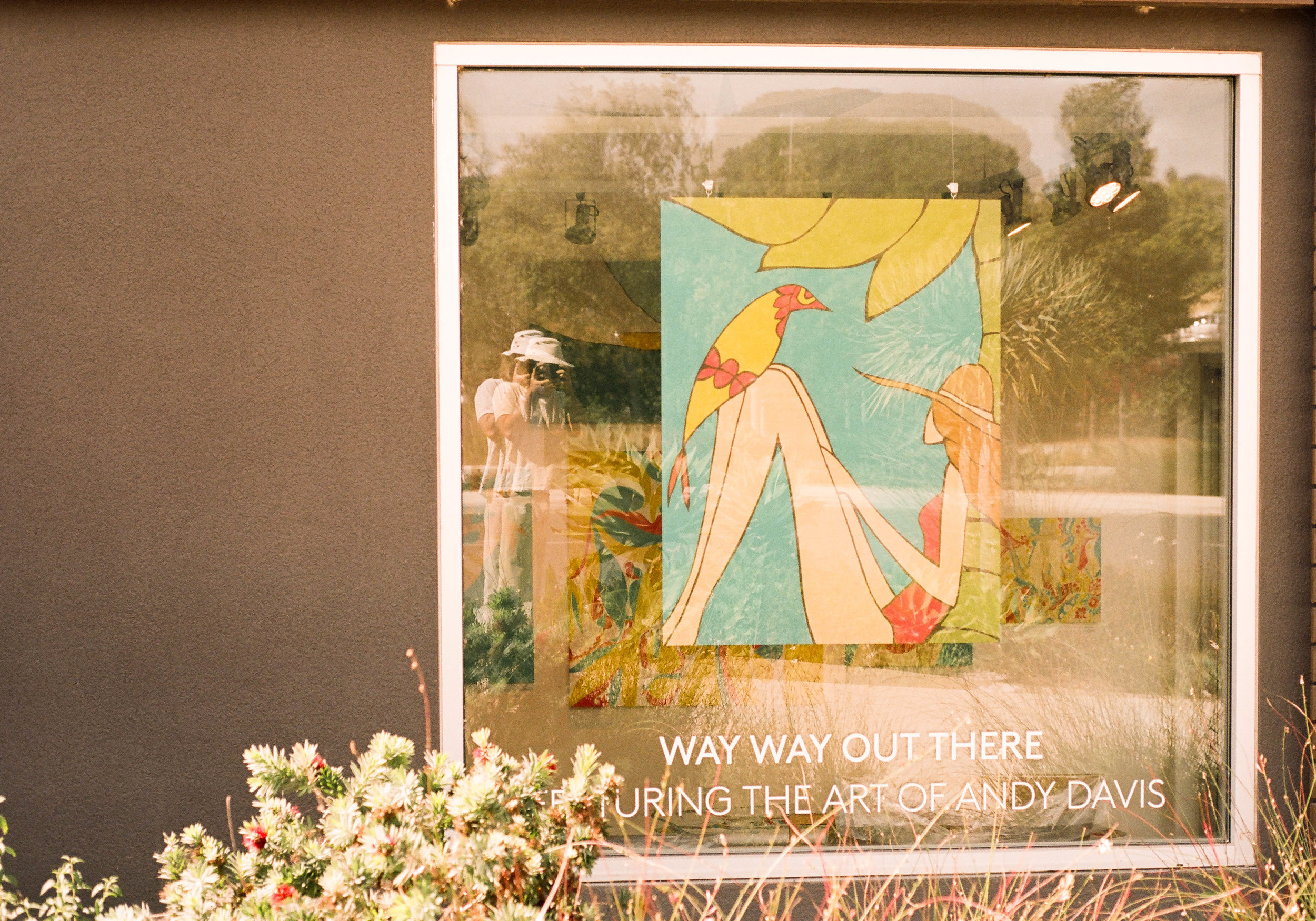 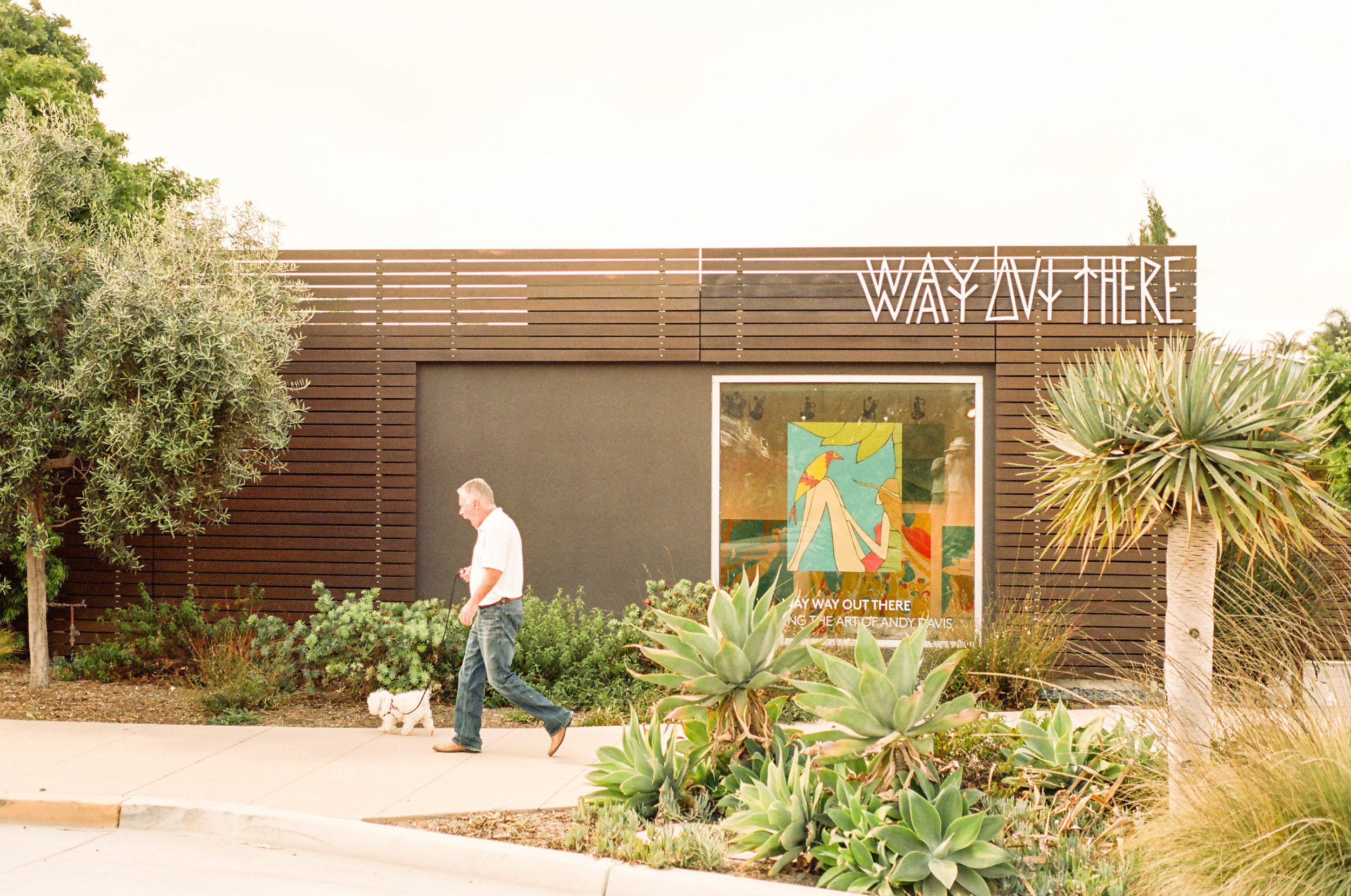 If you ever stepped a foot on a surfboard, chances are very high that you’re familiar with Andy Davis‘ work… whether you know it or not.

His artworks have graced the ranges of numerous clothing brands of the surf world and beyond, and he recently created his own label, Andy Davis Designs, that embodies the spirit of his art.

John Brodie recently had the chance to spend a day trip at Andy’s studio in Solana Beach, California, witnessing his creative process. And here you have it, a snapshot in black and white:

“Randall is wearing a tie and fedora, Andy a black t-shirt and asks if I would like a glass of water. I say, “Yes, thank you.”

At that moment the roof began to shake. Any attempt to determine the amount of time that passed during the following event is probably impossible, and while the shaking may have lasted no longer than a minute, we will never know. However, after its conclusion, my coffee ran cold and my water warm.

First the roof detached from the walls. The sky turned into a damp blue towel and the clouds clenched it tight, twisting, and out dripping were colors new-to-the eye—colors only found when shutting eyes to the bursting stars of your childhood. The colors came pouring in to the studio and the critters followed: an army of green alligators with gentle teeth, carrying their young— a family of bellies keeping cool on the studio floor. And the Bengal tiger shark, with the head of a predatory cat and the body of a fish. They number fourteen or more, witty and always ready— purring while cleaning whiskers and gills. Unusually punctual, a hot dog in a blue beanie wearing skis is trailing a few seconds behind. His goggles are fogged, and his buns are landing backflips down the high white wall. A gang of teenage autumn finches chirp and cheer him on. Now the white Polar bear in orange sunglasses begins a melancholy roll-in routine to brush off the afternoon thistles.

My God, the colors, I tell you… On another Way Way Out There wall dwells a very small French-speaking scuba man with swim fins eight sizes too tall. Wrapped in river-found gold, he can’t be more than four inches in height. I wonder who tailors his suit. Eloquently, he swims across the turquoise sea, blanketed in white caps, dancing light, like the dry wings of a hummingbird. Just then, the first possible illusion settles before me—the kind only seen clearly when squinting the eyes. A beautiful woman wearing a cedar chip hat and blue bikini is holding a pineapple with both hands. As if it were a book, licking her left thumb and flipping through page after page of exotic fruit. Yellows and the greens and blues and one color indescribable by the human hand fiddles with the tan fingertips of the human imagination.

Eyes now return to a ceiling intact; I sip on a mason jar filled to the brim with warm water and Andy Davis begins to paint.“

Words and photos by John Brodie.

An undersea dystopia.
Robin Pailler
From the World
October 7, 2022

A hypnotic portrait of Sofia Ramdan.
Robin Pailler
From the World
October 4, 2022