Back to Originals Next post: A Tale Of Two Cities

There’s snow on the hills of Portugal.

Above the charred trees by the side of the roads, a scorched hangover from the wildfires that ravaged the forests last year. The drive to Portugal is long and usually uneventful. But the destination is always worth it. Returning to places you’ve been before can be a hard act to follow. However with the teamsheet assembled we had little doubt we’d be on for a good one…. Alex Bothelo, William Aliotti, Joao Moreira, Charly Quivront, Bapiste Gaud and Harry Timson.

After last year’s high jinx around Portugal it was decided it was time to return. And this time we’re taking the whole team for 3 weeks. Excessive? Not in the name of productivity. Next. We would rent a house that anywhere outside of Portugal would be out of our budgets and we would live there for the best part of a month as a happy, yet highly dysfunctional family. We would call it Rumblefish.

Arrival into Ericeira was marred with huge seas and the accompanying winds. We stayed for a night. Made some calls and tried to formulate a plan. Couldn’t plan without Super Bocks and by then the train had left the platform. Woke up with a half cooked plan that was swiftly (and foggily) executed and that was us. We loaded the van and headed south with Willy Aliotti and Alex Bothelo. The trip within a trip.

Oh the Algarve! The warmth. The aquamarine water. The sun on your back and the wind in your hair. The grass is green and the swordfish and lemon is to die for. We stayed at Alex Bothelo’s apartment in downtown Lagos and oh we did we rule supreme! For those of you who haven’t been to the Algarve it is beyond glorious and you simply must go. The cobbles, the light, the infinite churches and their bell towers that toil over the soft glow of the evening in the city and the waves!

If you, like I, and most average surfers across the planet recoil at the idea of anything 8ft plus yet also lament groveling shit waves in equal measure, and you dream of 3 – 4ft wedges in crystal water then the Algarve is for you. Green rolling hills and vineyards meet white sand beaches. Each of them with a little bar selling (yep you’ve guessed it) ice cold super bocks and grilled fish. Each of them with a wedge in the corner. Each of them with a selection of Europe’s finest über babes parked up on the sand. It is quite simply the most divine set up going. To eat there is grilled fish and to drink there is everything and anything. The bars at night are a hazy pleasure, stone walls still warm from the afternoon sun and to be young in Lagos is a dream.

We aimed to stay in the Algarve for 2 nights. We stayed a week. We even had the car packed and then couldn’t leave. The stars, bars and waves aligned and we were captivated. And then the messages arrived, mainly reading (in a selection of languages) “Where the fuck are you guys”. The rest of the team had arrived in Ericeira from France, Bali and all over the world and we were nowhere to be seen, we wearily packed bags and drove to Ericeira.

Now Ericeira with rain, wind and oversized swell is a placid place. We had a week forecast of the very same. But thank god for Lisbon! Joao’s hometown, he showed us all the good zones and a fine time was had, earning him the nickname, The King of Cascais. The crew tucked into, and weaved around some fun waves in the Lisbon area, a veritable port in a storm from the prevailing.  Surfing in Lisbon whilst may not be world class can get pretty damn fun. There’s a couple of fun points and beachies that are well worth your time. What’s also a highlight is surf next to Lisbon’s commuting elite. Suit and tie, straight outta the S Class Benz into a wet 3/2 and surf surprisingly well. Attractive members of the fairer sex are everywhere in the Lisbon area.  It is worth staying for a drink. And stay we did. An impromptu beer turned into a 6am finish, the main thing we learnt being that a Mercedes Viano is actually a pretty decent hotel. We also learnt that Lux is one of the finest nightclubs we’ve ever frequented. It is waterside. It starts late. It finishes never. There are girls, there are boys, there are cocktails. The music is good. Everyone is attractive. It is anything a nightclub should be and more. To go to Lisbon and not go to Lux is incomprehensible.

Her image floating on that noble tide,

Which poets vainly pave with sands of gold”

After having “Completed Lisbon” we heard rumblings of the swell beginning to rise and the wind turning. Nazaré seemed to be more then on the cards and under the guiding, calming and somewhat spartan wing of Alex B, we flew up to Nazare. Now is it is important to note that Nazaré is a wave we’ve sometimes written off. “Fat”. “Just a beachy”. ”Over rated” and a few other words we’re bandided around and I think now is an apt time to say we’re sorry and we take it all back. After prepping the ski in the serenity of the farm where Alex and his tow partner Hugo Vau keep their equipment, they launched and we drove around the headland and were greeted by Nazaré in semi beast mode. A humbling sight indeed. Alex paddled it and Jesus Christ was it impressive. There is so much water moving there it’s genuinely humbling. Alex had a few waves but the big tides were against the lads and they were forced to call it a day. What was more humbling was watching guys trying to beach a jet ski in a 12 ft shore break. That’s a fine line between entertainment and being fucking terrifying.

And then the surf returned for mere mortals.

Ericeira was back to it’s usual self of sun, waves and good times. Glorious.  Coxos was firing on all cylinders for days on end and the boys got stuck in. Instead of describing waves (which I hate) I will describe an average day in Ericeira (which I love). Wake up, earlier than the team but later then the filmers and feel an immense sense of guilt. Wake up surfers and promise fun waves and that there is coffee, even if there is neither. William Aliotti will be the last awake but will make at least 15 boiled eggs for everyone. Load up the cars and realize you have forgotten one of the groms. They will be sleeping on the sofa. Collect grom and realize by now it is nearly lunchtime. Enter Pao de vila. Pão da Vila is Ericeira’s coffee answer to Foodland on the North Shore, or Waxed in Hossegor, in the morning everyone who is everyone is there. To avoid discouraging looks from locals, from the zinced up grom to the wizened old ladies, be sure to grab a queue ticket on entry to get served. Thank us later.

Then a lazy surf check is conducted. In the old world nothing is rushed and it’s important to adhere by this. Surfing is then conducted and with usually 3 cars check different spots with a varied degree of efficiency.  After surfing beers are drunk with an increasing degree of urgency and then Miguel Fortess, equal parts Ericeira main local and BBQ maestro will then fire up and cook some pretty incredible diner.  Bed is met with a content smile and a strange herbal smell drifting up the corridors from the grom’s cave…  a good week in Ericeira is a good time indeed. We left. There was still swell and we drove away from Ericeira with Coxos still firing in the rear view mirror. Sure to return.

Filmed and Edited by Guillem Cruells. 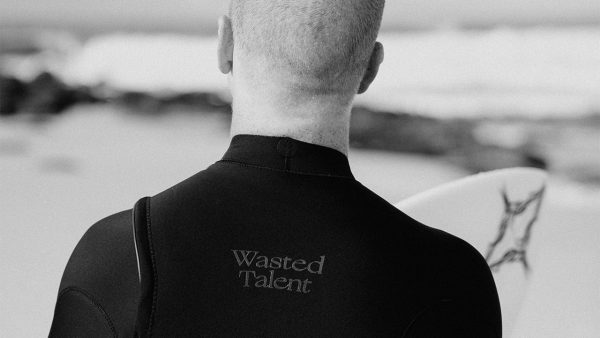 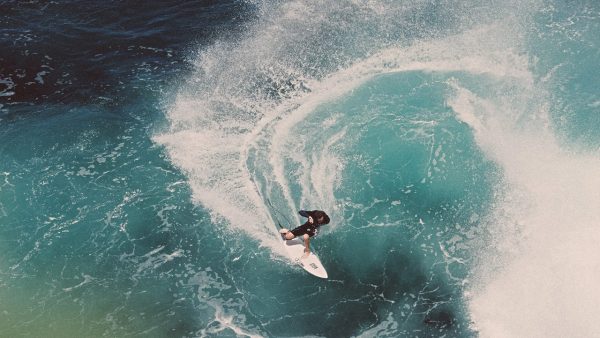 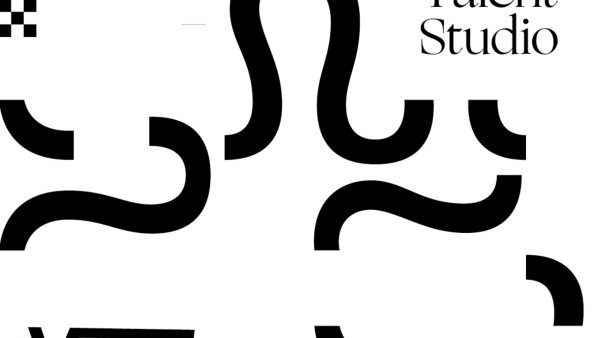 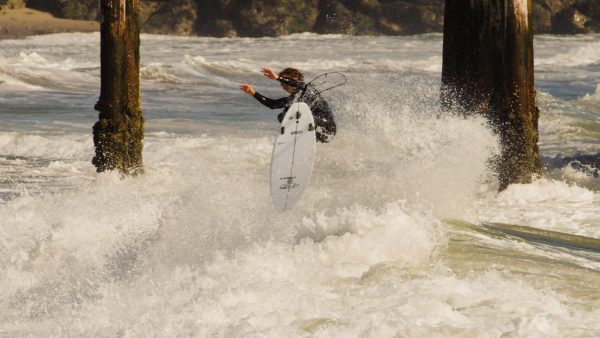 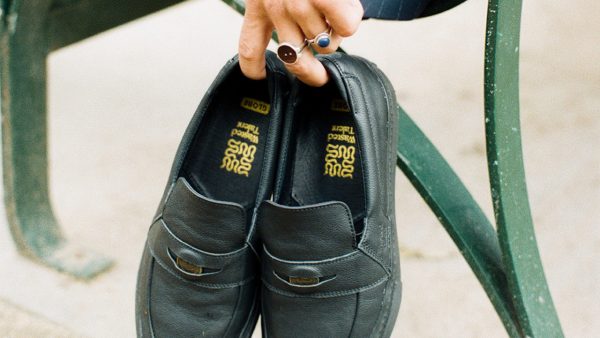 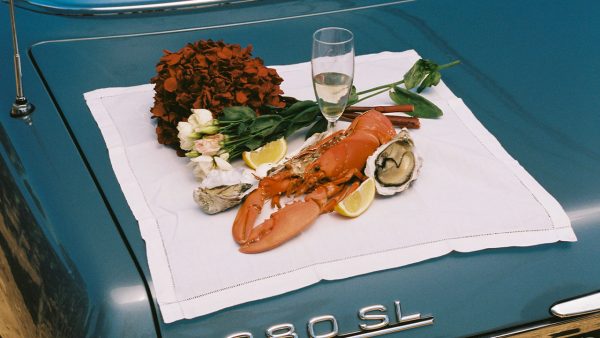