Back to From the World Next post: AZOREAN LOOP

FORMER’S “ON THE FENCE”

From the World December 18, 2018
By adminmagNo Comments

A few things in life can makes us stop whatever we’re doing at any given moment, and new Dane Reynolds‘ footage is one of them.

As you might have already heard, Former — the brand created by Dane Reynolds, Craig Anderson, Austyn Gillette and the late Dylan Rieder — has recently re-located its production on the island of gods. And whilst the boys time might have been spent mostly re-organizing the logistics, and premiering their “Generic” range in Canggu, it was apparently the perfect opportunity for them to spend some time in the water. Appart from being a testament to Dane still being on top of his game, “On the Fence” also introduces Ben Howard to the Former team, and if you haven’t heard of smooth goofy footer before, well we’ll advise updating by giving the video a go. We’ll also strongly advise following Former associate Warren Smith on Instagram, for candid behind the scene action of the brand… things often get weird, but his IG stories are overall a hilarious show. 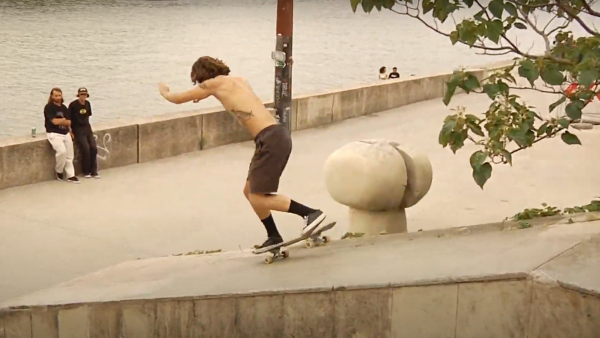