Skip to main content
Close Search
Back to From the World Next post: COBY PERKOVICH RIDES FOR ADELIO

From the World February 20, 2019
By adminmagNo Comments

If it doesn’t ring a bell, stop whatever you’re doing and take 3 minutes of your time to watch it. We already pre-chewed it for you by linking it below, and it is 100% worth it. Even way more than this True Detective season 3… As you’ll quickly notice, Ben truly is talented at his craft, and manages to give all the projects he touches a distinct style.

Wherever the man is filming, he does an amazing job at mixing visuals & sounds that truly make you feel you’re in emerged in the scene. A rare breed indeed, confirmed by his newest video “Evergreen Blues”, based on Dylan Dowd driving around Washington and skating some of the rural spots the area has to offer. We were able to catch up with Ben, and get some insights about how he started out, where he’s at right now, and the creation process behind the piece. So without further ado, here you have it from the man himself.

Wasted Talent: Can you give us some background, as where you are from/where do you live now & how you started out filming/photography?

Ben Ericson: I am based in the Pacific Northwest. I live outside of Seattle Washington.

I started shooting when I was 15, my mom bought me a Panasonic camera from a pawn shop. I think the camera was 40 dollars, it was the VHS-C format and included the larger tape to the put the smaller tapes into so you could watch the footage back on a TV. I had some super sketchy taped-on fisheye lens setup, which was more of a slight wide angle with a ton of vignetting. I don’t think I had a way to capture tapes for the first year. My friends and I would just skate around and film each other. Shout out to my mom, even though we didn’t have much money growing up, she was always supportive of my interests.

How did the project fit in with your previous work? In what ways was it different than Pacific Standard Time with Griffin Gass?

It is definitely the opposite in terms of environment; very rural. For PST, Griffin and I were able to just skate or take the Light Rail around the city. Unfortunately, once you get to the more rural areas outside of Seattle, you have to drive from spot to spot. I tried to capture a bit of what you see from the road when you are passing through those areas.

Was there any challenge you faced whilst shooting it? It looks tike the area is pretty cold & wet — was that a problem at all?

We were pretty lucky with weather. There were definitely a couple times where we were rained out, but that is to be expected in the dead of winter. This year, the winter has given a lot more dry days than winters in the past few years. In an area that gets a ton of rain, you really learn to pick your battles and try your best to keep the weather forecast in mind.

You talked about working on the totality of the Evergreen Blues project, from shooting to editing, opposed to PST where you worked with an editor. How different were the two processes? What do you personally prefer?

I very much prefer working with an editor. Ben Kaplan did an amazing job with the PST edit. When editing your own piece, it can become much too easy to become attached to shots and include too many slow motion shots, etc. I think a dedicated editor can really can detach and view the quality of the clips at face value. 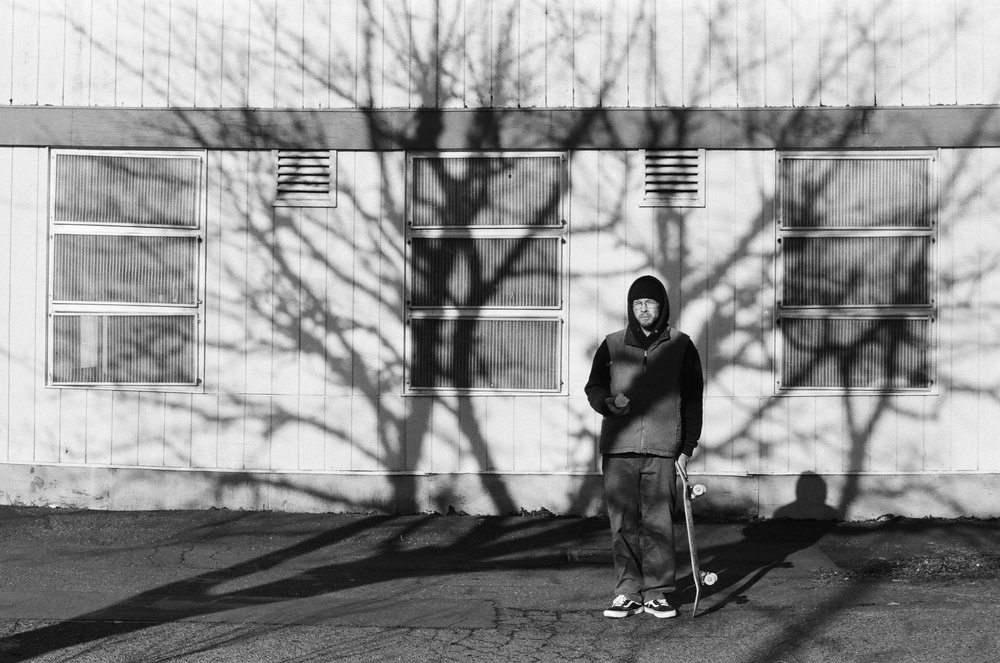 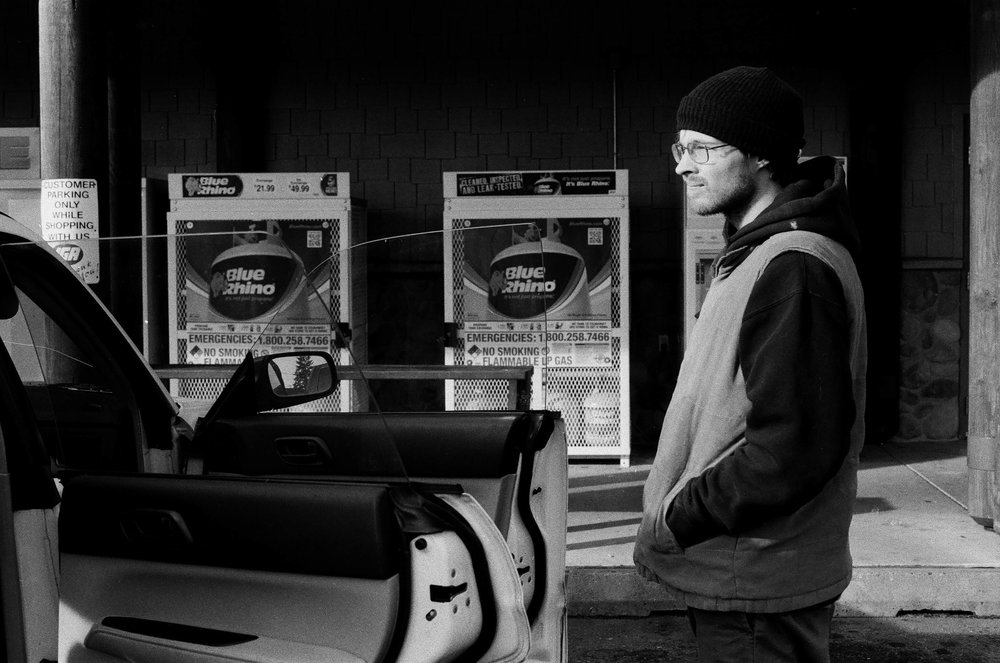 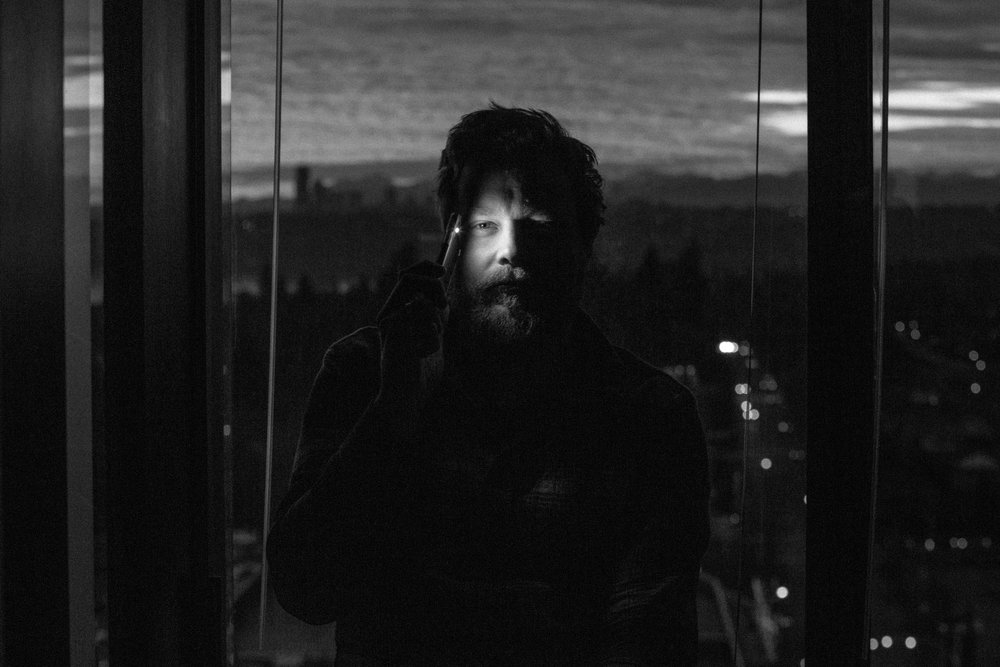 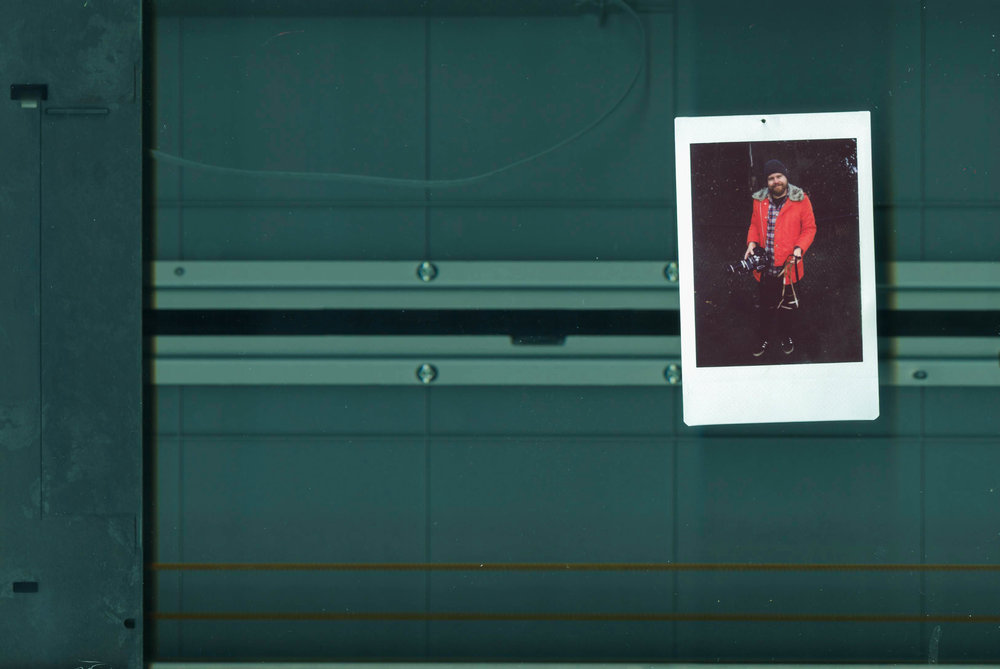 We’ve known you mainly for your work on 16mm. Do you work with other formats? If yes, can you tell us a bit about the differences when switching up, and the particularities of shooting on film?

I am working on another project right now. I bought a used Sony F3 because I really liked the color space. It is an older camera, but the green looks right, for whatever reason this seems to be a problem with some of the newer Sony cameras.  A big plus for shooting 16mm, especially with the Bolex is the simplicity of the camera. You can easily purchase a really nice zoom lens for cheap. You basically meter your scene, focus, and go. I would say not being able to review every clip over and over really speeds up the process of shooting as well. I prefer the overall approach when shooting film. The limit on the amount of tries, etc… It keeps everyone on their toes.

We also know you shoot photos a lot. Do you approach both mediums differently?

I guess I probably take longer to compose shots when shooting stills. When shooting video, and especially with skateboarding, the motion in the frame is so important. The main priority is to frame shots in a way to make tricks feel fast and flow properly, which is much more important than trying to capture the entire scene at once. 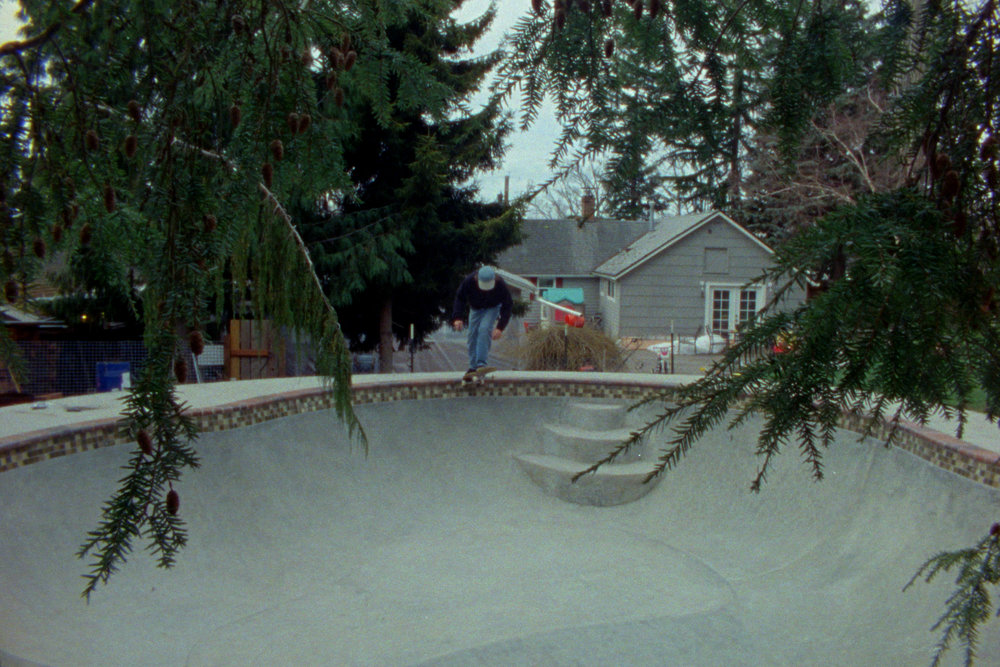 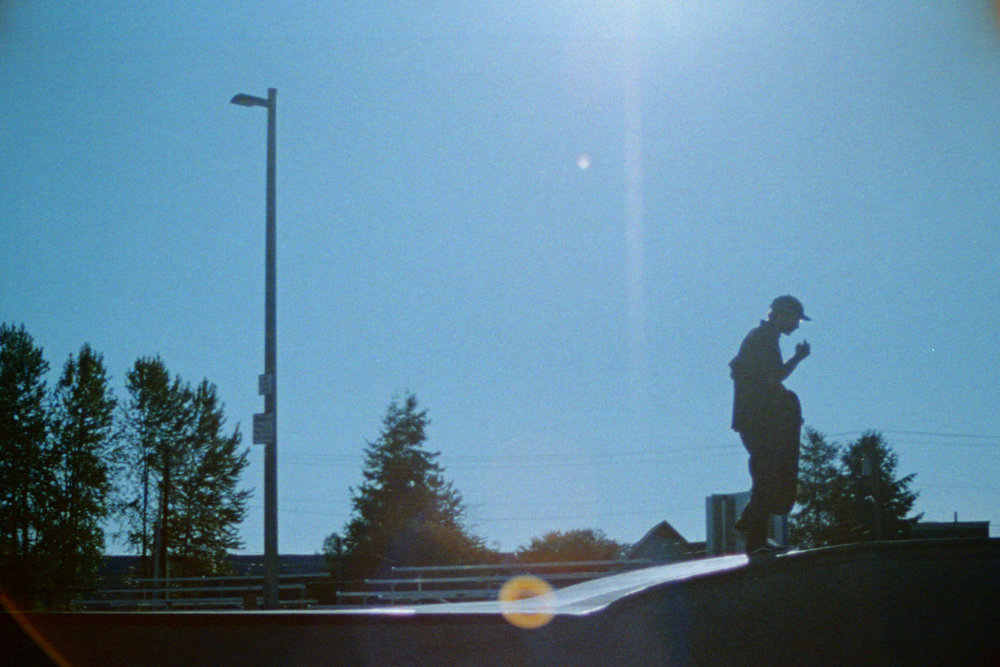 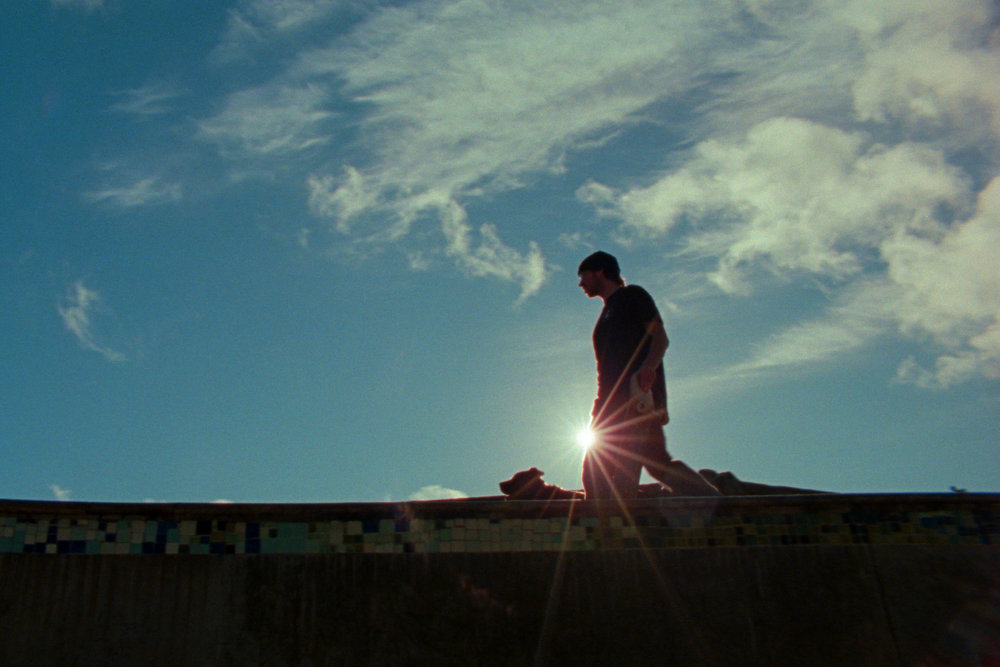 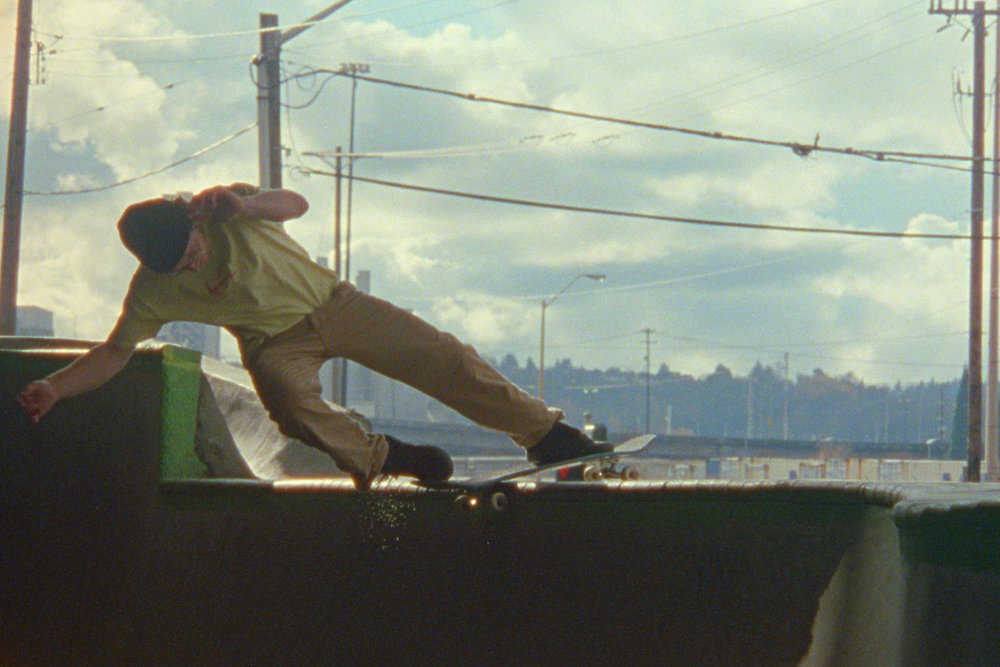 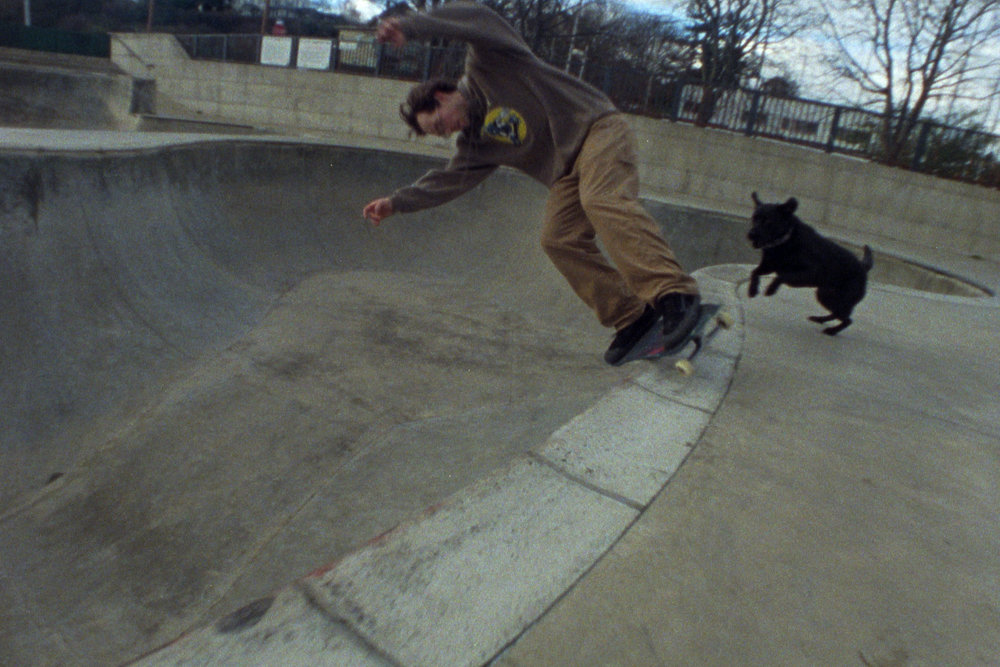 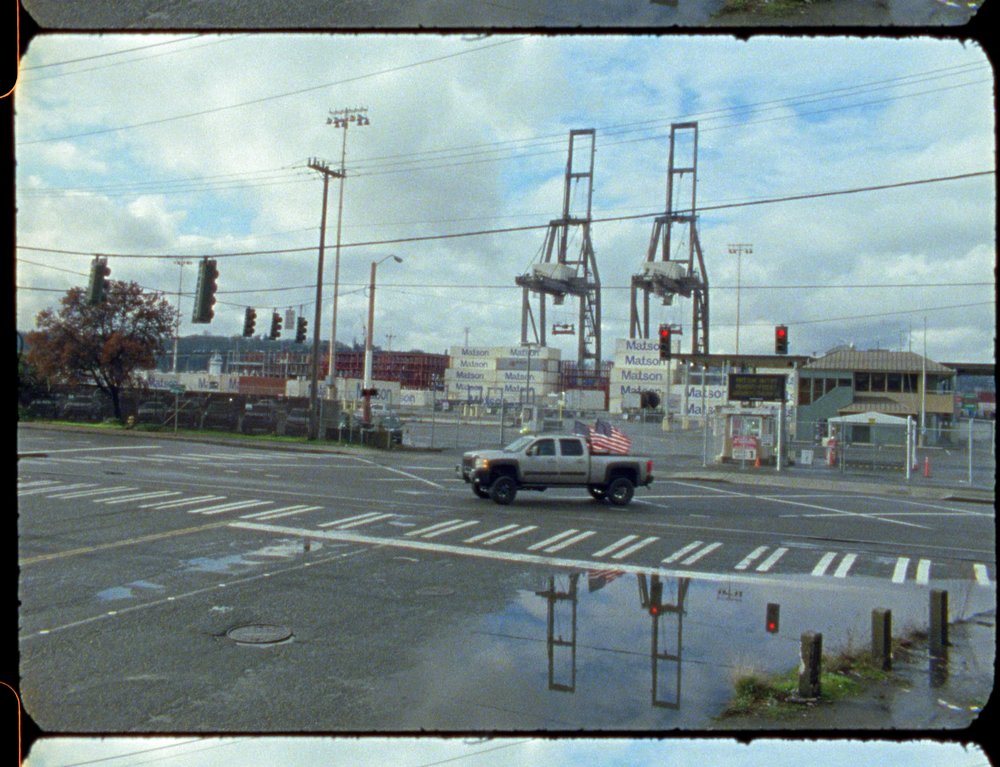 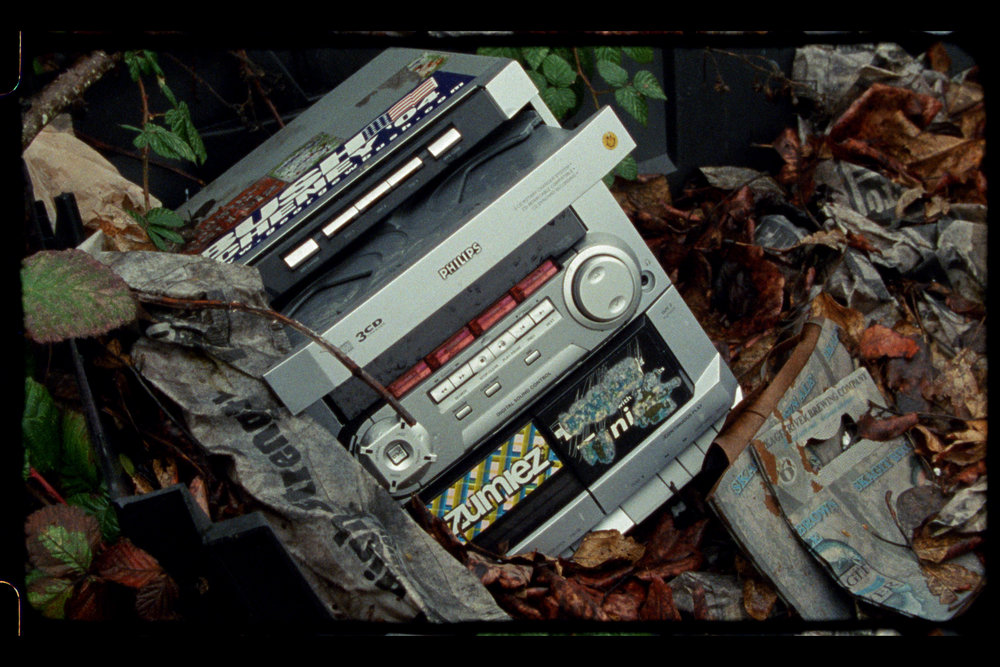 Can you cite a few people whose work inspire you?

In Skateboarding, anyone with a recognizable style and creative vision, definitely Greg Hunt and Spike Jonze, obviously the older Transworld videos. Outside of skateboarding, lately I have really liked Barry Ackroyd, he shot 16mm for The Hurt Locker and sections of Captain Philips. I really love handheld camera work, timed in camera zooms and motion cuts, both of those films have very excellent examples of both. It looks very cinematic with a documentary feel.

What are your plans for the next few months?

I have another small skate project coming out. The next one will be digital and 16mm mixed. More of a traditional short skate video, shot 16:9 HD. Other than that, waiting for the weather to clear up and hopefully shoot more projects into the summer.