Back to Interviews Next post: Checking In with Jay Davies

In Conversation with Nate Tyler

Nate Tyler is a name we see all too infrequently.  Dommage.

Despite a slew of our favourite video parts over the past five years, Mute, any Globe Cult of Freedom part, any HS part. Nate has been sailing a little more under the radar for someone with as glorious a style as his.

But that’s the way he likes it. Tucked away with his family in central California and equally focused on sculpturing as surfing, Nate’s a far cry from the oh-so-standard surf in the morning and cut an IG edit by the evening, that has sadly become the commonplace for many surfers gracing your feeds these days.  So when we caught wind of Nate’s new Octopus part dropping and with the suberp proof in the pudding above – we gave Nate a call to get the low down.

Nate: All good man, so sorry we couldn’t talk yesterday – ended up surfing with a friend in the middle of Big Sur so literally had no reception!

What’s been new your end?

Oh man, well we’re just getting out of the lockdown and the craziest shit that has been going on over here, it’s been a really weird and disturbing few weeks. With the protests COVID got side- lined and now COVID is back on the menu. The media here is so crazy and just plain silly it’s ridiculous. I try not to buy too much into it, they can only talk about one thing with one angle to get the most views and that’s it. I’ve never been a big news person and I’m quite an anxious person but now with my kids I wanted to get in the loop but everytime I got sucked in I was like ‘Nope, not doing that!’

Have you tried venturing to the calmer pastures of the BBC or the Guardian!

Oh man, I know – I’ve subscribed to the BBC and actually getting pretty into the Guardian. It’s so much better than the over the top stuff here. I think it’s pushing people away from politics of our generation.

So to business! We just watched the edit, Joe said that you made the whole thing during the lockdown – which led me to the question of how was it over there? You could surf etc?

Oh you watched it! Sick! Well we are really far removed, all the towns around us are pretty small and realtively far apart, and where I live is crazy far out location wise. It was almost bad as it felt like the world was falling apart and we were in this safe sanctuary. Filming wise, we filmed most of it pretty much right before and then the rest during. It was pretty crazy as our beaches never closed, they closed parking lots to deter people but the actual beaches were still open. Our county of San Luis Obispo was not on par with what the governor of CA was saying.

I personally, when it all happened, didn’t surf as we had no idea what was going on. I felt like I had to do my part and stay home and just not surf. I don’t think I surfed for the first few weeks. It was really weird as the Bay Area, Santa Cruz to the North and then Santa Barbara into LA and Orange county to the beach all closed their beaches so anyone with half a clue came here to surf – it was actually more crowded than ever.

I guess no one is really working right now, all schools are out and no one can travel so everyone just wants to surf! It’s been crazy as well as there aren’t really many tourists, and my Mum’s gallery for example, is really reliant on that. It’s been such a difficult and sad time for so many people and businesses.

After watching your OCTO part, and most of your previous edits, it seems you mainly just surf around home, and for good reason! It looks like there is a myriad of fun set ups there? We won’t blow it out…. just curious.

Hahaha, oh no, I’m not worried about that. I mean I guess the backdrops really help. It definitely helps elevate the wave quality! I’m a big fan of novelty waves and we’ve got tons of them.

I’m just a normal surfer, I just enjoy your average surf – that’s my favourite shit! I mean of course I would love to go to indo and get big healthy tubes but I’m pretty amped on little wedges all day. That’s my thing!

Oh man, he’s taking it to a whole other level!

So with all these waves on your doorstep – Where do you travel to? What’s your favourite go to? Or are you over it?

I wouldn’t say I’m a cold water guy but I always gravitate to cooler places. Chile, New Zealand. If anyone suggests either of those to me it’s rare that I will turn them down! I mean my situation of the past couple of years has changed, I don’t have the exact same travel budgets I used to have which is fine, I also can’t really spent 8 months of the year like I used too.

I’m more realistic now that unless it’s for a real base project with Globe or something, it’s hard to justify with more to support at home etc. I’m more excited to surf around home than ever before, I’m more accepting of it as well. I’m really happy hunting around California, up to Santa Cruz and San Fran. There is so many amazing little novelty waves in all the nooks of the coastline here.

Ohhhh, talk to us about San Francisco?

San Francisco is amazing man. The artwork I do is in a gallery in northern Big Sur so often I’ll drop off a sculpture there and keep heading up the coast. I have a few good friends in San Fran so I love to go up there and visit. The waves are really fun up there and always pretty clean. It’s the best city ever as when the waves too shit there is so much stuff to do, the food especially is amazing. It’s the polar opposite to where I live.

Ever venture south to LA?

Nope, not often. The traffic is so bad it’s just not worth it. LAX is technically 3 hours from my house but I’ll leave at least 6 hours before I have to be there. It’s such a broken system!

Have you spent much time in Europe?

I wouldn’t say a ton but I’ve definitely spent a good amount of time in France. I did a really fun trip through Spain. Hit Portugal a few times, it’s amazing there. If someone asked me the worst trip wave wise, it was Scotland. We spent 17 days up there and didn’t surf once. It was savage. We had a cool little Airbnb in Thurso but there’s only so many castles and Whisky distilleries you can visit!

So let’s explore your relationship with Octo.

It used to be the biggest surf company in the world but now it’s the only one! I mean the company materialised 5 or so years ago. Dion, Chippa and I weren’t really happy with the pads and accessories we had. We would all travel a ton and would actually geek out on pads we saw – old Astrodecks or whatever. I wouldn’t say we don’t take it seriously as we do, but it’s almost grown through neglect. We all have so much shit going on but we love the product we have come up with. We made it for ourselves, so there’s no bullshit. We love it and that was all that mattered, so it’s really rad that other people now love it too! It’s really fun to see it keep evolving, especially with the bags and stuff. The new product ranges are amazing. In all reality, it feels like it’s hard to knock it down. It’s just shit for surfing. It’s not trying to be anything else. It’s raw.

So we had to ask. The boards that you ride always look so fucking fun. What’s the secret?

I mean 100% of that credit has to go to Hayden. He’s really tailored to how I want to surf in my mind. His boards are super light, super fast and so responsive. He has such fun shapes. It’s hard, for me anyway, to stay super psyched on riding really bladey shortboards anymore. When I rode for CI they had such a big team of such amazing athletes that it was by nature quite bladey – and that just wasn’t me really. I could never fucking in my dreams surf like a Jordy, it’s such a different type of surfing. I would say Hayden’s boards are so approachable and he is always down to make tweaks.

When I was younger, all I wanted to do was go fast on surfboards. I never wanted to turn. I would stand up, pump, go as fast as I could and do floaters. I only surfed closeouts. It made me so psyched. Still does. I don’t think I did a turn until I was 18! And never going right. God no.

So last question, who the hell are those guys in the car in the part?

Haha! Oh my, did that come across as weird to you? So what it was is that I have a good friend in SF called ‘Big Dog’. He runs a surf camp and teaches all these kids to surf, some of them graduate to being his coaches etc. So he knows everyone –and he knew these guys. They go to Cal Poly (university) down the road. From my knowledge they are being 100% serious. It was my first surf after the quarantine – I nodded, said hi, they were so stoked ‘It’s pumping!’ and all that stuff. I just slithered out there and they watched me on a couple of waves, no one else around. They got in, I got out. No drama. So ‘Big Dog’ hit me up like have you been surfing? I was like, nah not really. He replied with that video like “I don’t know – looks pretty fun to me!’

I couldn’t even pay attention to the surfing. I was totally floored by it. I reached out to him to check it was cool that we used it – and he was super cool with it. Genuinely a nice guy who’s just hyped on surfing.

It’s become our signature way of signing off on emails and texts or whatever ‘Cheers, fucking cheers!’ 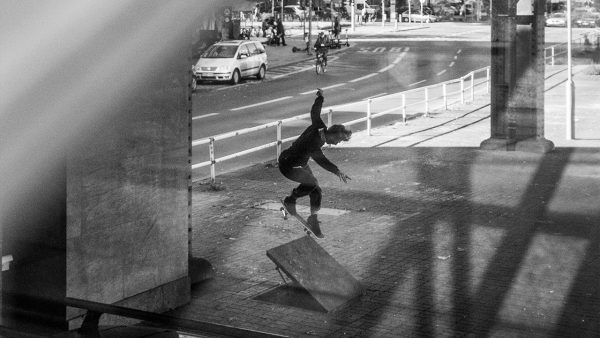 From the World, Interviews 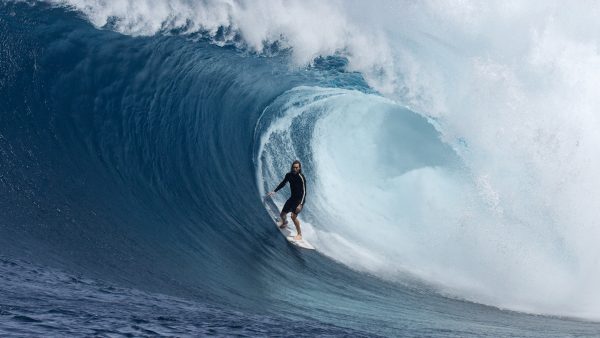 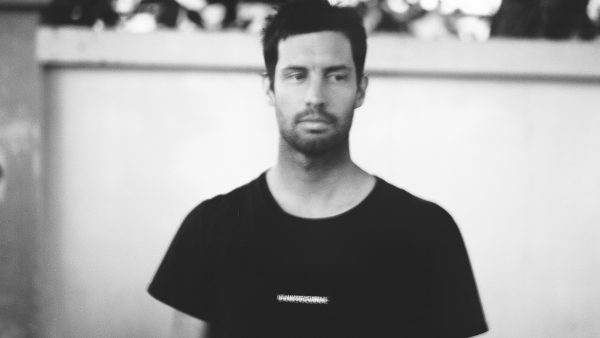