Checking In With Craig Anderson 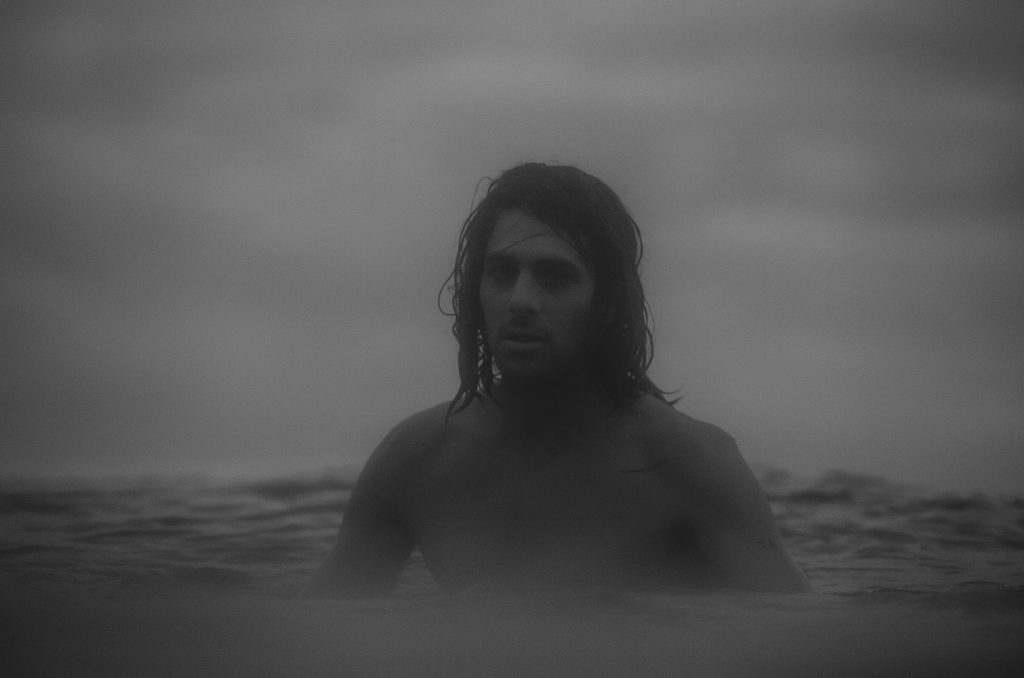 With the world still closed to travel, and feeling estranged from our Australian friends who are both literally and figuratelivey on the other side of the world, it was time for a check in.

So on hearing a few rumblings of a new signing, team trips in the works and so on and so forth, we decided there was no better time then to fire up the old faithful iMessage thread and speak to the man himself. 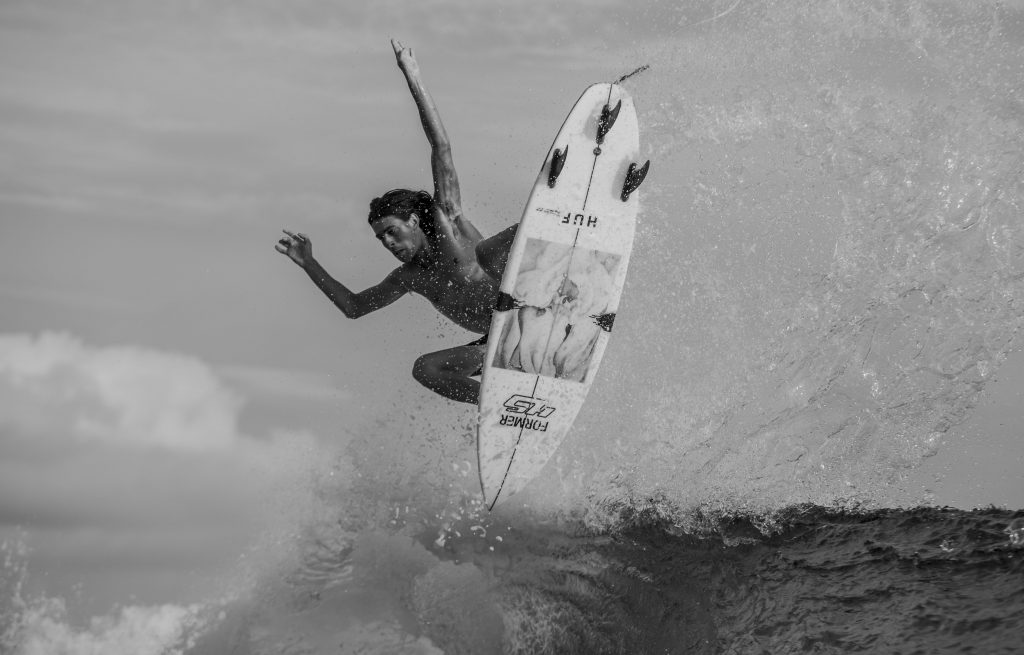 Craig! What’s happening man? You down to fire up a little iMessage chat real quick?

Ya no problem. Having a few beers and about to hit dinner (take away) but fire away and if I go quiet I’ll hit you back soon enough or in the morning. Pretty hopeless with my phone and emails.

Haha no worries mate! So what’s going on? Where are you right now?

Down the far south coast, hanging around chasing come waves with Dion.

And how is dear dinky?

Hahah he’s great. Big biz sliz is my name for him. He’s good, been stuck in Tasmania the last few months so he’s real psychd to be on the road chasing waves.

Sorry man just picked up some Thai food. What times it over there? Waves were surprisingly fun today! Went to a pretty mysto area and the sand banks were pretty insane, very Hossegor- esque.

Splendid. How’s your set up been the past few months? Have you been locked up at home, pining to get in the ocean or has it been more mellow?

Sorry just got my laptop out of the car and loaded iMessage. Hopeless on the phone.

To be honest things have been relatively normal, definitely a few odd moments for sure but for the most part we have been extremely lucky here in Australia.

Obviously check the news most mornings and the world has been hurting but lucky enough this big island in the middle of nowhere has handled alright.

Been surfing everyday and the last few weeks been able to travel interstate to chase a few waves. 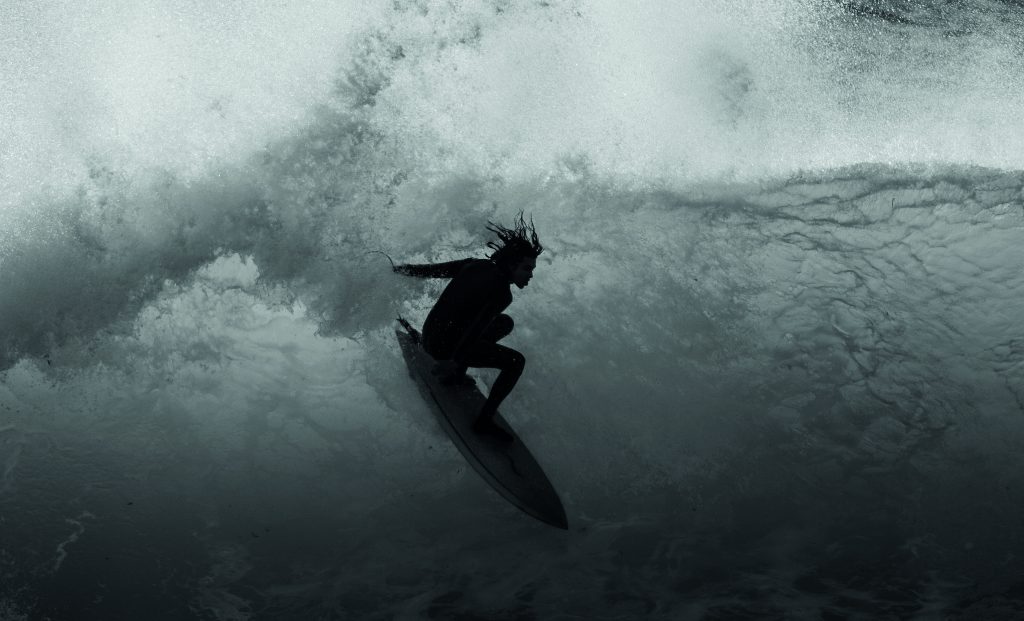 Nice, in a way has it been nice just cruising at home? Spending time off the road?

It’s been really nice being home. I live a pretty weird existence running around chasing silly waves and selfish moments for myself and although it’s a lot of fun and I love surfing and travelling with friends, that can’t be my sole purpose.

What else excites you Mr Anderson? What more is there to life?

Three months at home took a little adjusting to but it came at a good time. My girlfriend Eloise moved up to Newcastle from Sydney and its been really nice spending time with her and the rest of my family. (There was a period of two or so weeks where I didn’t see my family at the height of Covid). What else was I doing? Talking to Dane and Austyn. Surfing, reading, cooking. Bought my dad an Australian sheep dog for his 60th and its got so much damn energy so taking it for walks to the beach. Working in the garden and a few little projects around the house.

How’s it with Austyn and Dane? Seems like FORMER is going great guns. What stuff do you have in the pipeline? Can you talk us through the dynamic?

We’re starting to get the hang of it. I love those two dudes, great friends and I have a lot of respect for them. Austyn’s been doing the heavy lifting for the last year or so, working out of our office and warehouse space near his house in LA.

Dane’s got three kids and still finds time to surf, make films, do a bunch of art and contribute to the brand, it’s pretty crazy. Austyn’s got the skate film dropping soon, him and Fletch have kept a tight as fuck lid on that. They haven’t even shown the boys! Dane’s just wrapped up a profile film on Andrew Doheny (Droid) which I’ve seen and is really fucking sick. And we have some smaller capsules sprinkled in amongst the seasonal drops that are looking pretty cool. 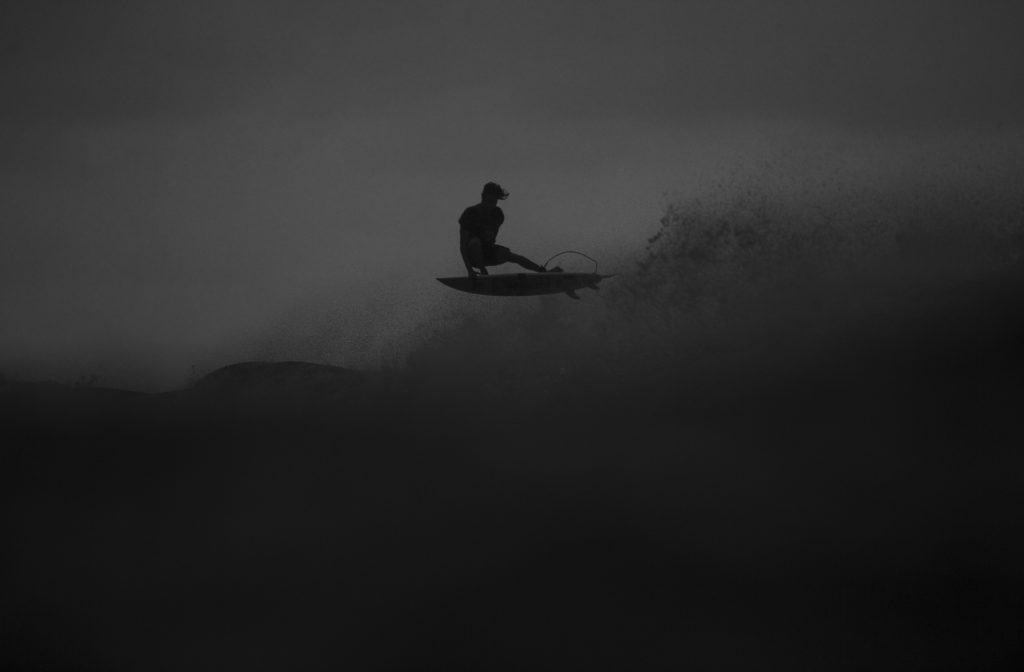 Seems like you have fallen into your groove nicely over the past few years, like more at home with sponsors etc. How was it those years when you first started going big on Quik? Pretty hectic to handle or did you just take it in your stride?

It was a blast! Endless travel budgets and anything we wanted to do we could just make happen. Places we wanted to visit and document – it was really fun. Not too much has changed now and those formative years sort of set the frame work for what we do now.

I bet. Does the Modern Collective cameo seem a long way back now? 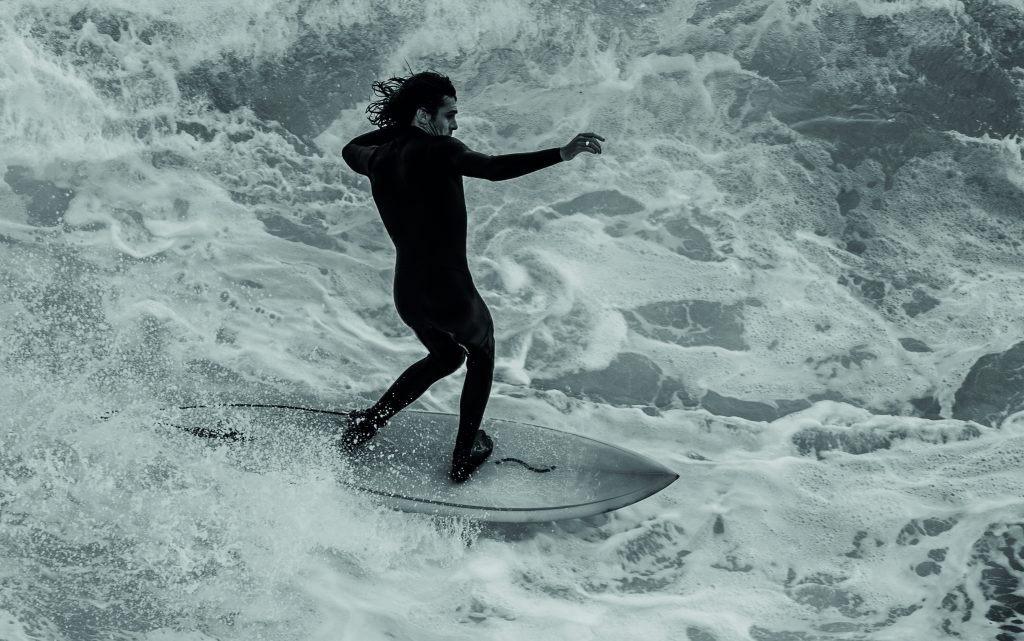 Do you feel like that’s where it kinda kicked off for you?

Definitely, Quiksilver were sending me on a few trips here and there but Dion, Kai and the rest of the gang took me under their wing and that was for sure the platform where my surfing improved a lot and I started getting a bit of momentum as a free surfer.

And then from there? What’s been a moment where you’ve looked back on and gone “yep, that was a turning point” or a key moment or whatever.

Kai worked on a bunch of films and I became better friends with Dane. We did that Team Average trip for Monster Children and I got on HUF after that. Every time I’d hang out with Austyn and Dylan and we’d get drunk we talked about doing a brand and then that happened.

To reply to emails and not let the boys down haha, nah I’m not sure. Communication. Good things take time, pick my battles and not let the little things get to me. Nothing is ever perfect but you just got to try. 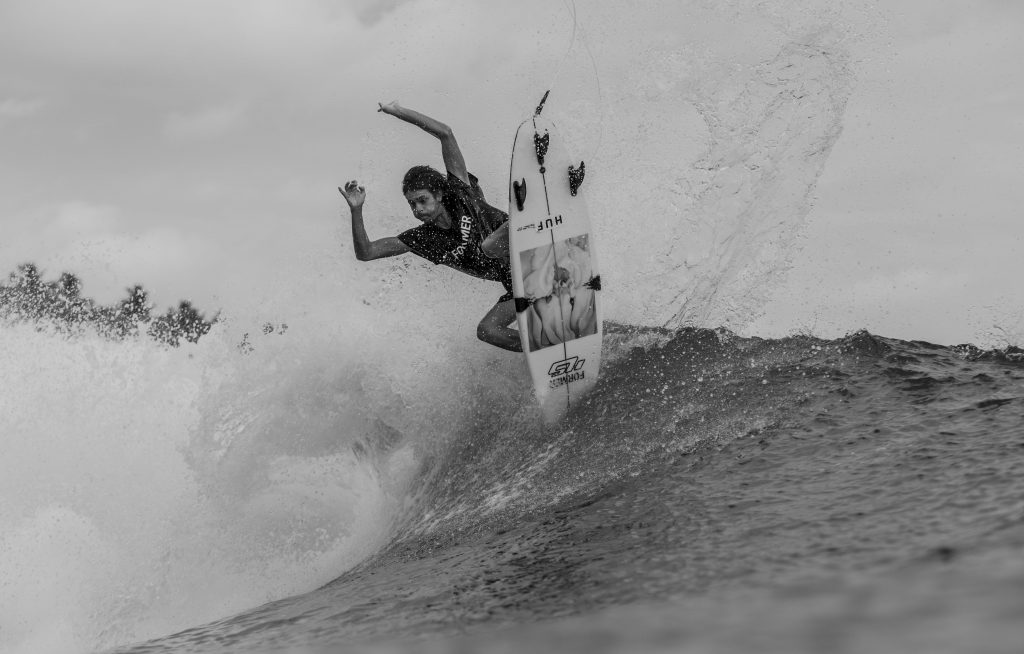 Very true! Can you expand on these rumblings that you are on EPØKHE?!

It’s still early days but myself and Dion have been working on a frame. I really love working with Dion and Kai, they are really creative on many different mediums and what they’ve done with EPØKHE is amazing. Rider owned and operated, and a bunch of my friends I admire are all a part of.

And you boys are off on a trip pretty soon no?

Yep they’re wrangling the team together and we hitting the south coast in the next few weeks.

Too easy, I’m pretty wrapped here and I imagine it’s pretty late your end mate. Let me think of a couple more questions and hit you in the next few days if that is cool?!

*A few days interlude… We nip to Spain to celebrate the opening of borders, and Craig joins the rest of the crew. iPhones are fired up and we’re back.* 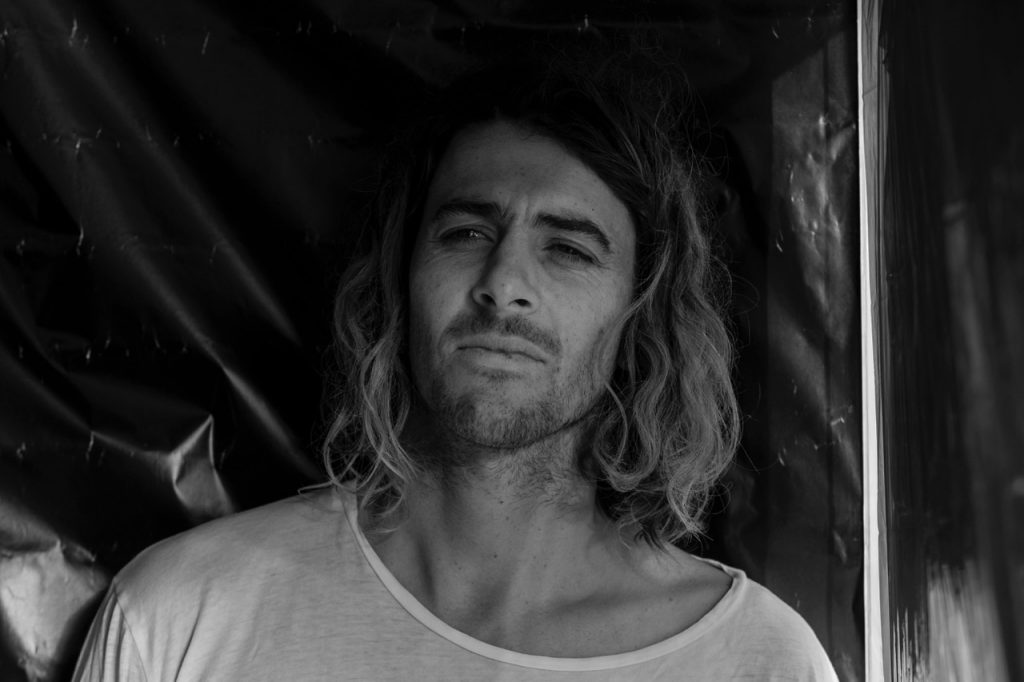 Craig, how’s things mate? Where are you now?

Good good. I’m home, did a week down the coast.

Talk us through the trip? Who are you with?

The boys got their tires let down at a spot. Three cars one tire each. Apart from that, heaps of laughs and good times.

Whilst we’re here, can you tell us anything about growing up in S.A? It’s a place very close to our hearts.

South Africa is beautiful. I have very fond memories as a kid, learning to surf at beach just outside Port Elizabeth. Weekend trips to Jeffery’s Bay.  We lived a great life there, tons of family and friends. We immigrated when I was sixteen – my parents packed up everything up and shipped myself and two sisters to Newcastle. Was a pretty strange transition but very fortunate looking back on it all.

And the move to Aus?

Landed in Newcastle as my Dad’s sister lived in the area, we crashed their place with their five kids and the five of us for a good six months till my Dad found a job then started all over. I’ve lived in Australia pretty much the exact same amount of time as South Africa.

Anything else you want to get off your chest?

Fuck vlogs and the WSL.

To shop some of Craig’s wares you can check our range of Former here.

Equally for the Magnum Opus of his print photographs. – Craig by Respondek 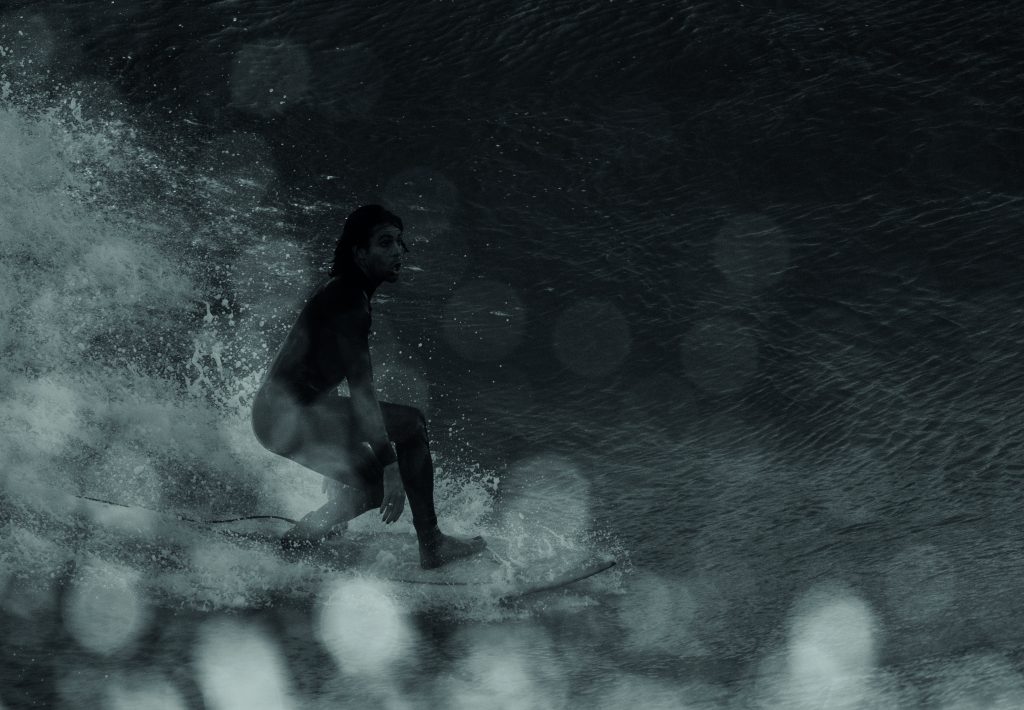