From the World September 7, 2020
By Robin PaillerNo Comments 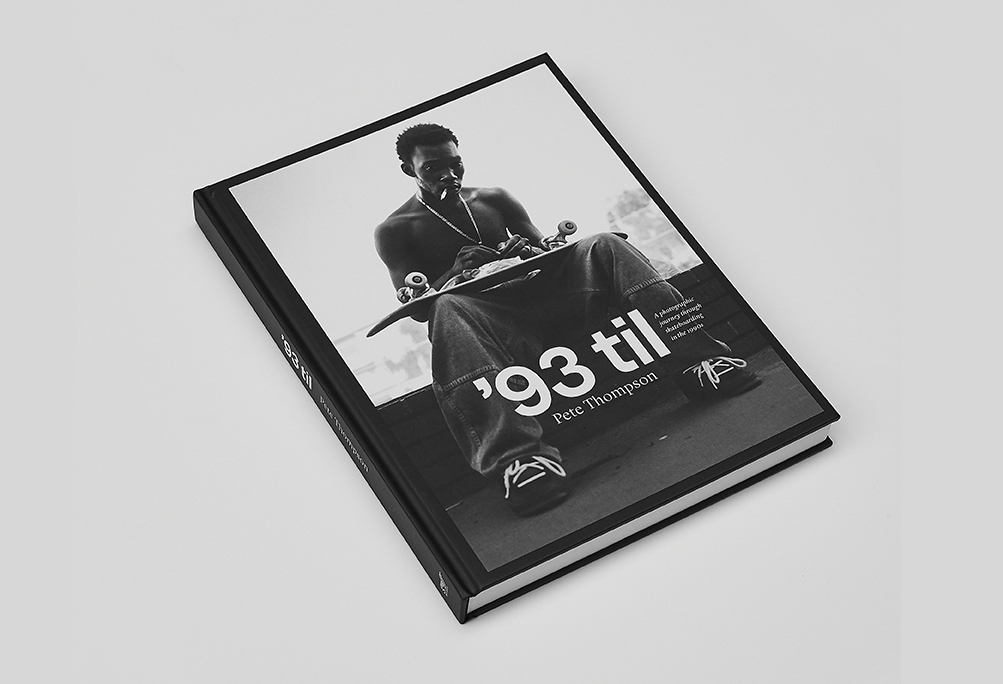 Pete Thompson should be a name you’re undoubtedly familiar with.

Back in the nineties and and early two thousands, Pete was responsible for some of the most iconic photographs in U.S. skateboarding publications such as SLAP and Transworld.

Fast forward to 2020 and Pete, along with StudioTrouble, have curated a 250 page book featuring a host of rare and unseen photos from what many would deem, the golden years of skateboarding. Much of the photography that Pete has unearthed for ’93 til was buried in boxes for close to two decades and has never been seen or published before. From Stevie Williams to Ed Templeton, Kenny Hughes to Tom Penny, the list of skateboarding icons present is endless.

To be a skateboarder today is a much different experience than it was for much of the 1990s. The photographs, quotes, and anecdotal text in ’93 til captures a time in skateboarding when making a livable income as a professional skater was a luxury and public understanding of skateboarding was at an all-time low. It was a time when skateboarding was searching for an identity, a time before Instagram and big corporate influences. Street skating was coming of age, testing its limitations and aligning itself with a new and innovate style of hip-hop culture that was emerging.

The book reveals a raw, unapologetic perspective of a world that no longer exists.

Also included in the book alongside Pete’s imagery are quotes and anecdotes from legends like Tony Hawk, Arto Saari, Jamie Thomas, Guy Mariano, Nyjah Huston, Geoff Rowley, Stevie Williams and others. Pete moved on from his career in skate photography in 2004 and is currently living in Brooklyn.

The book is now available for pre-order in Europe via JB Institute.

Be There, Be Present