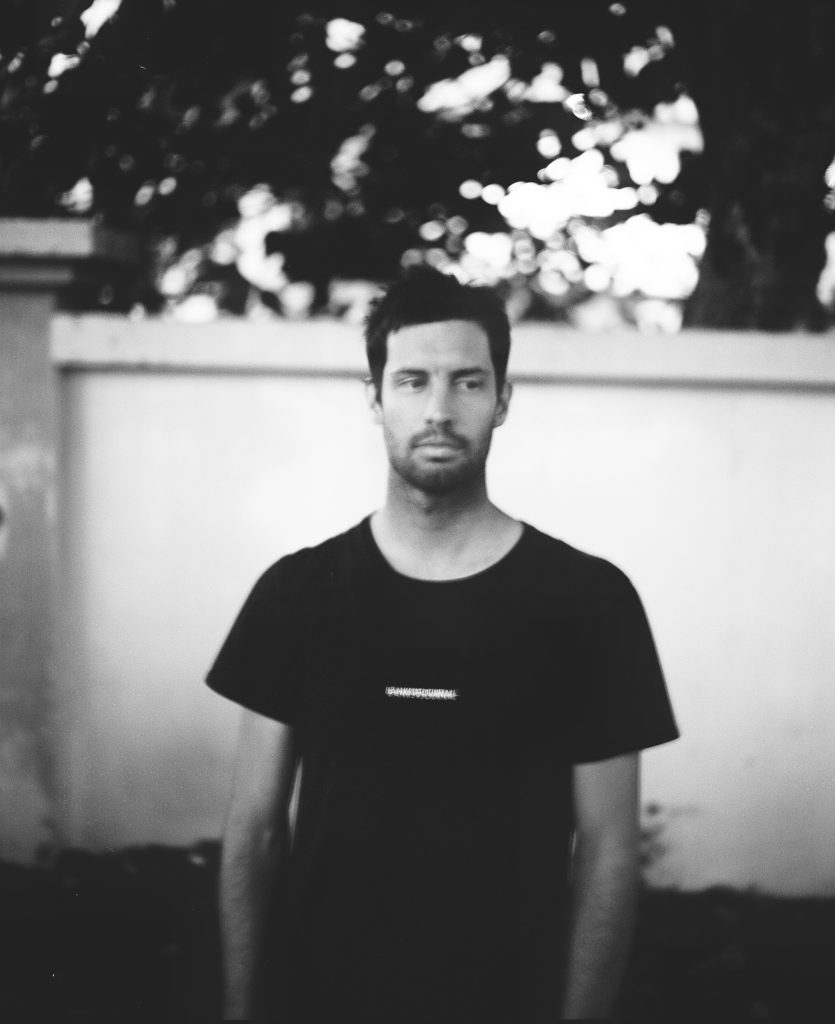 He’s highly articulate, considered and somewhat reserved. Unless you catch him on the dancefloor where the infamous ‘bad beeg’ comes out, namely fuelled by beers to the max.

Hailing from Cape Town, BG has been one of the most proficially productive free surfers out there. From his intro part in Globe’s Strange Rumblings, BG has been non stop dropping hammers, from his numerous Globe parts to his recent signing with Banks Journal and everything in-between, BG has cemented himself firmly with the worlds’ free surfing elite. As well as being an incredible dancer. That hair flick!

Leaving his native Cape Town for futher pastures in California a year ago under the name of career enhancement, and equally fuelled by our disappointment of not having our annual autumnal European tour of, well debauchery, we decided it was high time we picked up the phone and dialled South Africa’s best export. 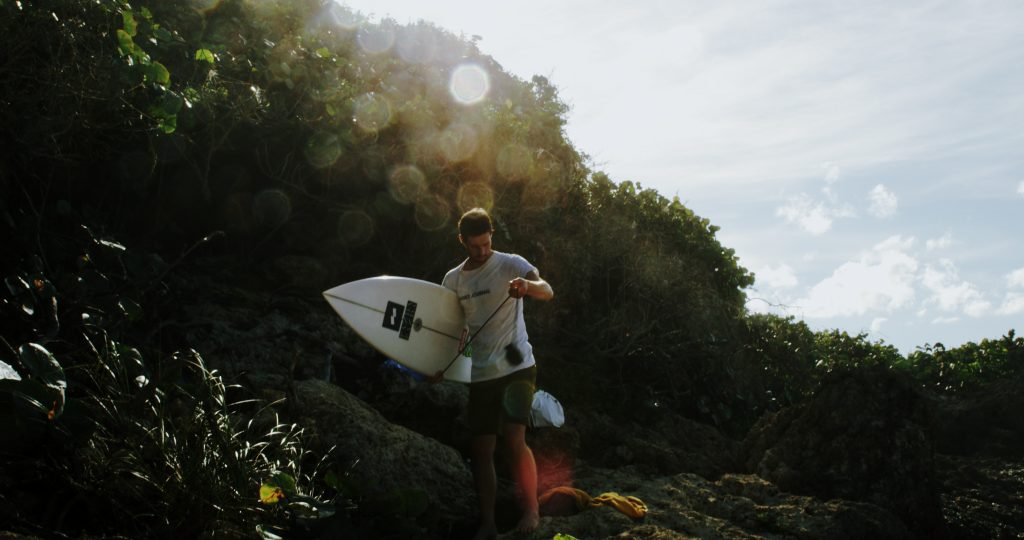 So BG, describe your set up in America.

So I live in Costa Mesa, orange county. Just out the back of Newport. I’ve been here for just over a year but I was familiar with the area before, as I’ve been coming here for ages since the surf industry is really centred here. The past year has been quite enjoyable, consistent waves in Newport and Huntington and San Clemente isn’t too far away – I’ve definitely been surfing a lot.

I live with a friend mine and his girlfriend who recently moved in. The three of us! He also surfs so we surf everyday together. He’s an exceptionally motivated surfer so it keeps me in check.

It’s hard to be more motivated than you BG…

Whats the deal then, you have a truck? Full American dream?

I don’t have a car! I’ve never actually owned a car! Even that Merc that you may have seen me drive isn’t mine, it’s my parents car – they let me use it when I am home. Althought my housemate lets me use his whenever I can which enables me to get around thankfully! 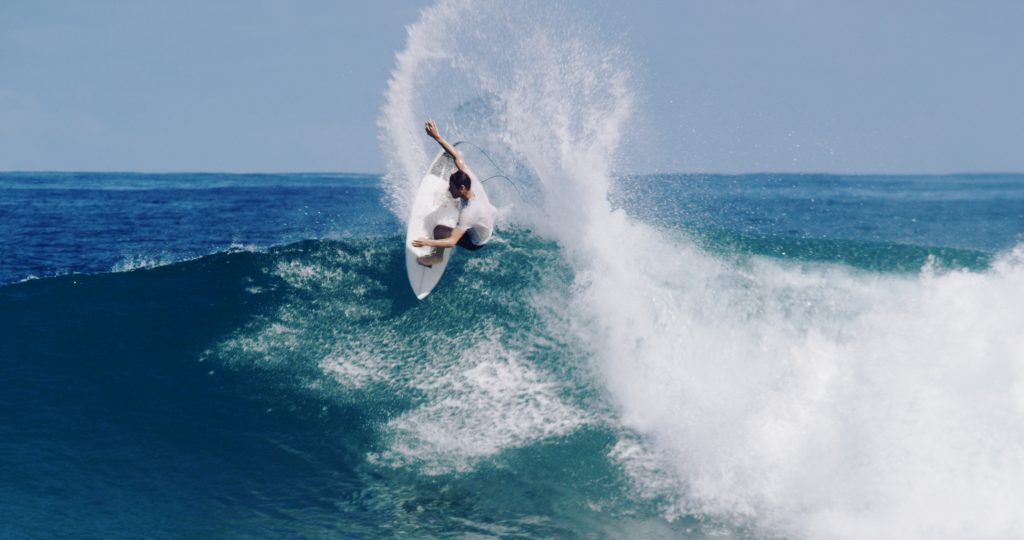 I mean, southern California is probably the surf location in the world where you most need a car?

People are very shocked when I tell them that I don’t own a car… I guess I’ve been lucky and so far, managed to get by without one for all these years!

Public transport that side of the US is somewhat lacking?

I mean in California in particular it’s not that convenient. Especially for my surf routine.

So what prompted the move to California?

When Globe signed me in late 2011, with their headquarters here in LA, I was able to get an athlete visa to enter and reside in the US working as a Pro surfer.  I guess that was the impetus behind it all, I started coming here a lot more and ended up settling here.

What do you miss the most about South Africa?

Definitely the waves. Incredible waves with minimal crowd. I saw a feature with Jordy Smith the other day, he seems to have spent the whole winter at home and has obviously scored incredible waves. He was saying how it was the best winter in South Africa in twenty years. That stung a little.

We did see that it’s been an epic run there.

Yeah, I’m stoked that those guys did score as the lock down in South Africa was quite severe so I’m happy those guys can get out and about and surf. Everyone seems to be really enthusiastic about chasing swells so seeing it all online is a little overwhelming but I’m happy those guys are all scoring waves. 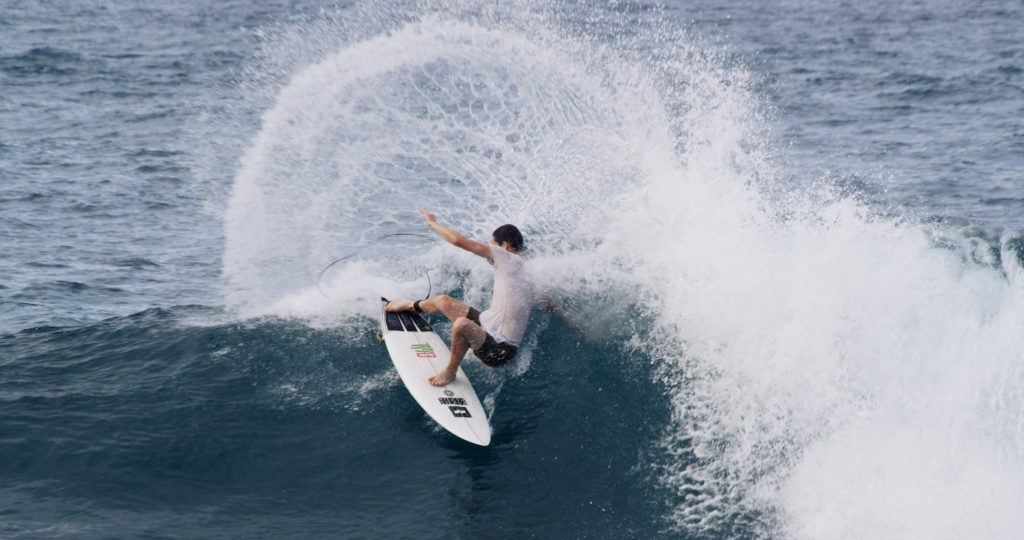 Whats your favourite thing about living over in California?

Well I mean there isn’t a specific thing that makes me tick over here but I am very grateful for my situation. My apartment is nice and I have great room mates, its been a great experience. Especially during this whole lockdown. It’s been an incredibly challenging time for people all over the world but fortunately the restrictions here haven’t been too severe, so we were able to surf which is in essence my job, so it was a bit of a relief.  To get footage and appease my sponsors!

Appease! Are they a pagan deity which might snatch you off this earth if they are not appeased with clips?

Haha maybe! Must get clips! I have been lucky the past 6 months as I’ve been able to continue my surfing routine. It’s good to be productive.

Do you see yourself over there for a while?

Yeah  I think so, there is a lot of uncertainty in the world right now so who knows what next year will bring but I’d definitely like to.

So how has it been going from being such a prolific traveller to being confined to California or have you been allowed to get away?

Well when the whole lockdown started or all these travel restrictions started there was a tremendous amount of swell and I was working on a project for STAB and then Surfer – both of which required surfing locally, I was going down to Lowers often. It’s really been non stop swell, I can’t remember the last flat spell. Yes there has been small days but still waves you can surf and enjoy.

However I did still manage to get out of town. I went to Puerto Rico last month for a quick trip and then towards the end of last month I went to Mexico, spent two weeks there. 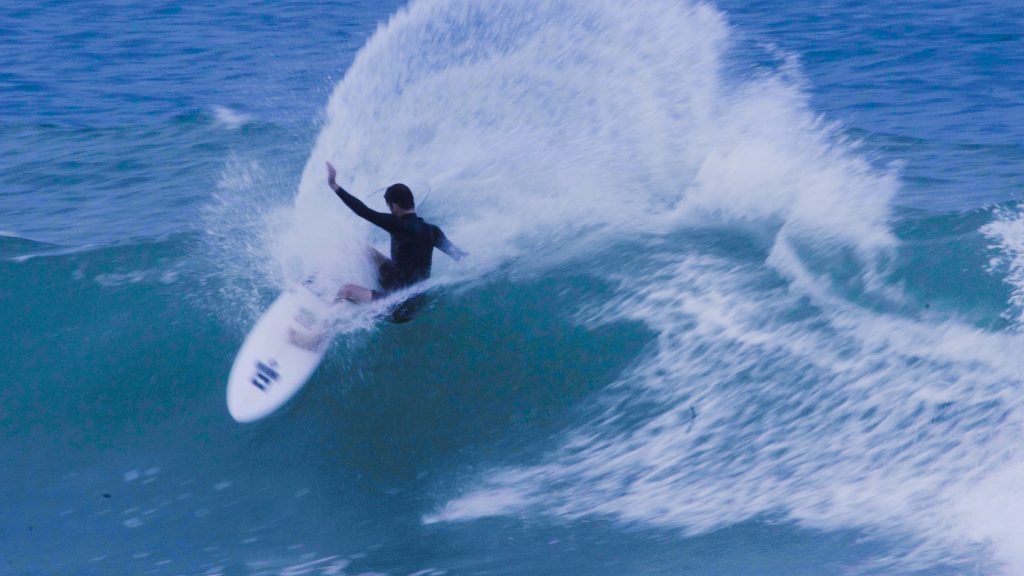 Salina Cruz – it was really fun. The waves weren’t phenomenal – we didn’t score those draining barrelling point breaks but we did score exceptionally fun waves in the head high to over head region. Really rippable, minimal crowds. I got my fix!

So in essence, you’ve been surfing a ton…

Have you been tempted to head back to South Africa?

Well, the South African president addressed the nation the other day  saying that the borders are open as of October 1st so that would be an option. However with a potential second wave on the cards I think it’s preferable to be over this side. I don’t know, as much as I’d like to see family and friends I think maybe it would be best for me to stay put.

Have you been missing the gang?

No, well a little but also Chip, Dion, Jay – the gang!

Of course, I miss you and Josh the most though. God it would have been October last year, and the year before!

I spoke to Dion this morning and he said how disappointed he was not to be spending his autumn dancing inunderground clubs in Amsterdam.

I bet! I’m disappointed too – Get me to Amsterdam! 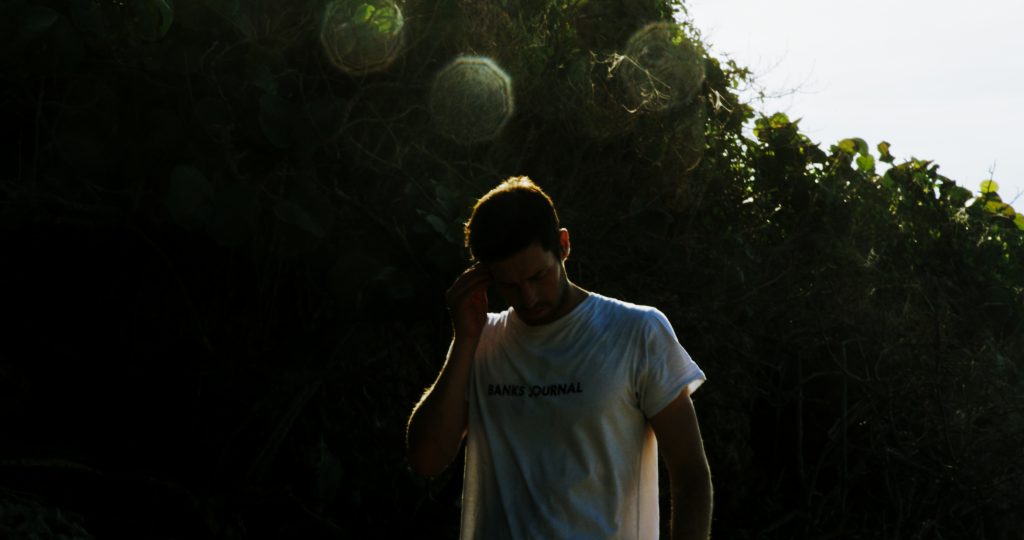 Well I’m working on an Octo video – I’d like to think I have enough footage to wrap it up. I’ve been working with Joe and Matty Payne as to how we want to do it and I guess what we want to create. That will be my end if year edit hopefully!

Haha – something like that. Going into next year there is still a ton of uncertainty so I’ll just take it as it comes.

And like a whisper into the night, Brendon was gone. Off to conduct his surf routine while we reminisced in the fine times we have shared with him.

In the meantime, until we meet BG again, he’s provided us with Beeg’s picks from we hope his appeased sponsor and friend of WT – Banks Journal.