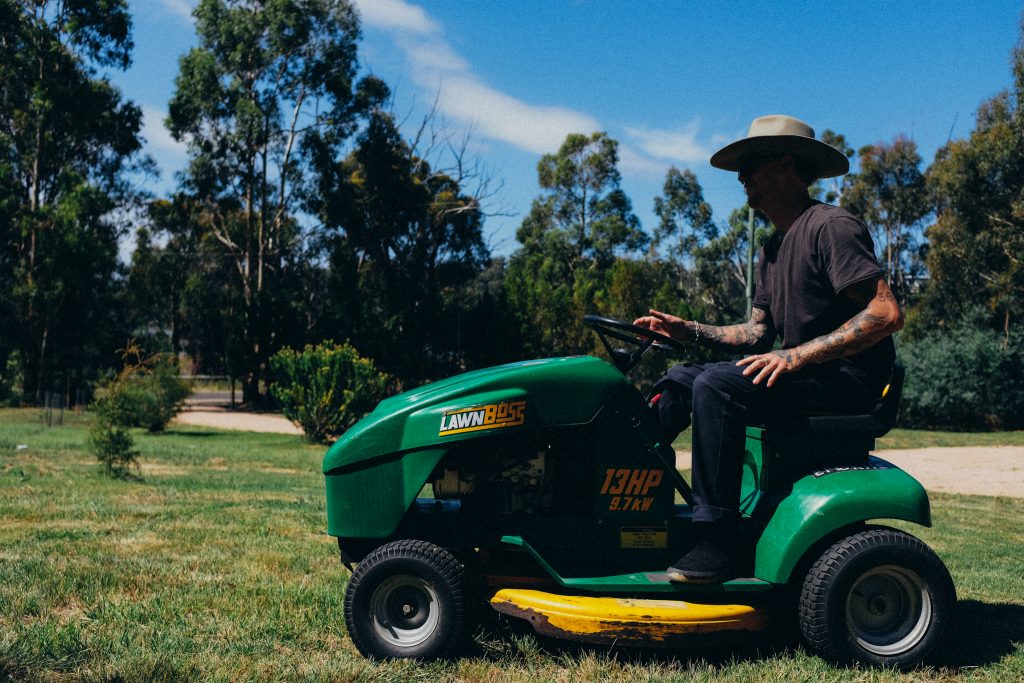 With all travel out of our immediate sphere all but closed off and the cold Covid winter of cold discontent ravishing our beloved European continent, our minds naturally wonder to Down Under.

The summer. The warmth. The completely unnecessary overuse of the word c*nt . The funny 2/3 pints known as schooners. Better surfers than cricketers. More honest anyway. However what we miss most is our old friends, and none more so than Chippa. From Tokyo, to NYC, to Portugal and beyond, we’ve had a whirlwind few years on the road with Mr Wilson and with the borders in and out of Aus looking firmly locked for the foreseeable we thought it was high time for a call with Chippa.

An update from your Captain if you will. 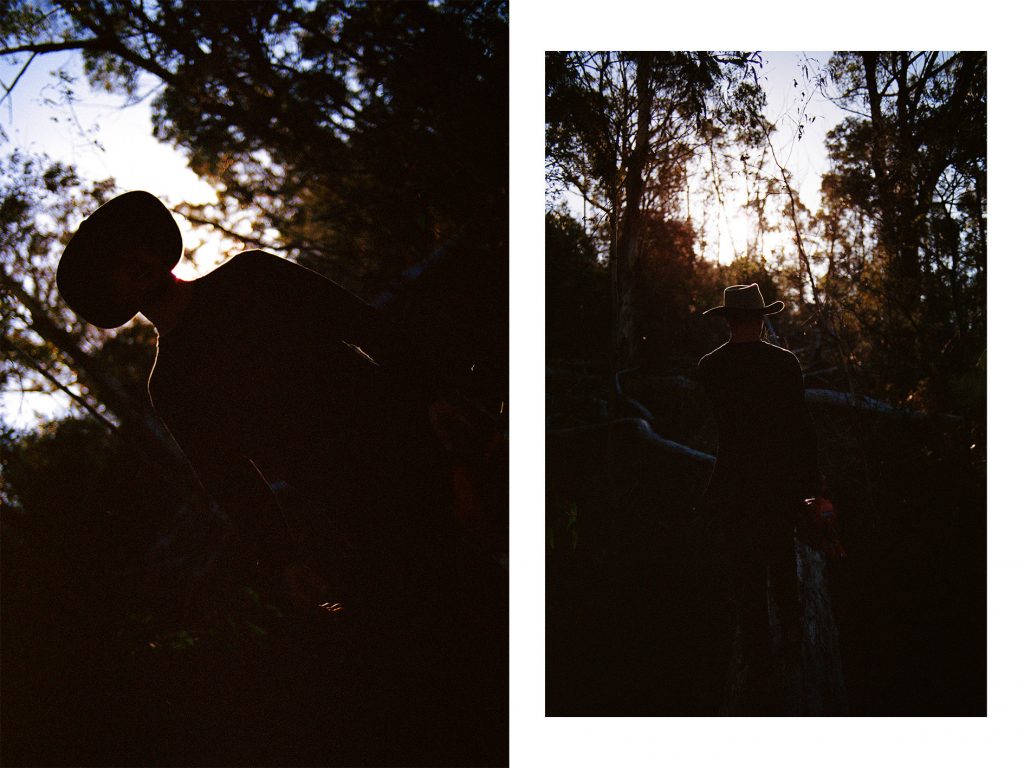 How you been Chip?

Been good doggy! Chilling back in Tassie, been pretty nice over here. I guess I can’t really move anywhere, at least internationally for the rest of the year – even within Australia it was hectic but the situation is looking a lot better now. Seen the situation over your side is pretty hectic, that curfew sounds so gnarly man!

So what’s been happening in Tas? We’re pretty jealous to say the least…

Aha, well I don’t want to tell you too much then mate… well it’s almost life as normal here right now, no COVID cases or anything like that. It’s chilled. I’ve been home for a month or so now.

What were you up to before?

Well, I left Tas in June last year to see Brinkley my partner in Western Australia. As soon as I got there W.A got pretty hectic with COVID and I was effectively locked out of Tas for the rest of the year – was nearly 8 months all in! I was up in Exmouth, in the north west for a few months and then spent about 3 months driving down all the way to Adelaide and then from there to Tasmania. 8 months man! 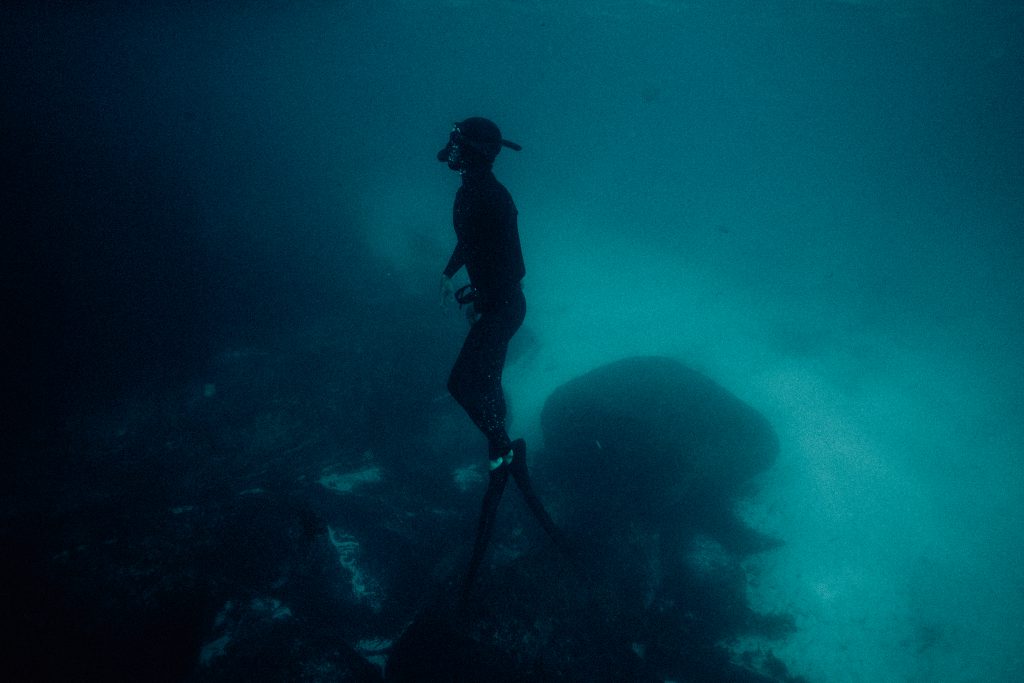 What’s been the go since you’ve been back?

Been back for a month or so now. Just been hands on the tools getting the house back in order, getting the yard all freshened up. Getting the fences up for the dogs. Been surfing and hanging out with friends a bit so it’s been all good.

And how’s the knee?

The knee is good dude! Just had the funnest surf since surgery, did my first full rotation this morning – I’m back. It felt really good, on a twinny with a knee brace so nothing too crazy. Just need to keep nursing it the way I have been and hopefully will be brace-less and fully fit by the middle of the year.

Seemed like it worked out as well as it could have, considering it was the end of 2019.

I mean, I kept it really low key. I didn’t feel like I had to tell anyone and I didn’t really miss out on anything travel wise. I didn’t want to freak anyone out with it and my livelihood is pretty dependant on it so it was a sensitive topic for sure. I’m just glad it’s getting better and that it happened at an optimal time, as I really didn’t miss out on too many trips or projects over the last year. Everything was on hold and that for a change actually suited me pretty well. But man, I need to get busy – get it back on track. I have absolutely no clips stacked anywhere. 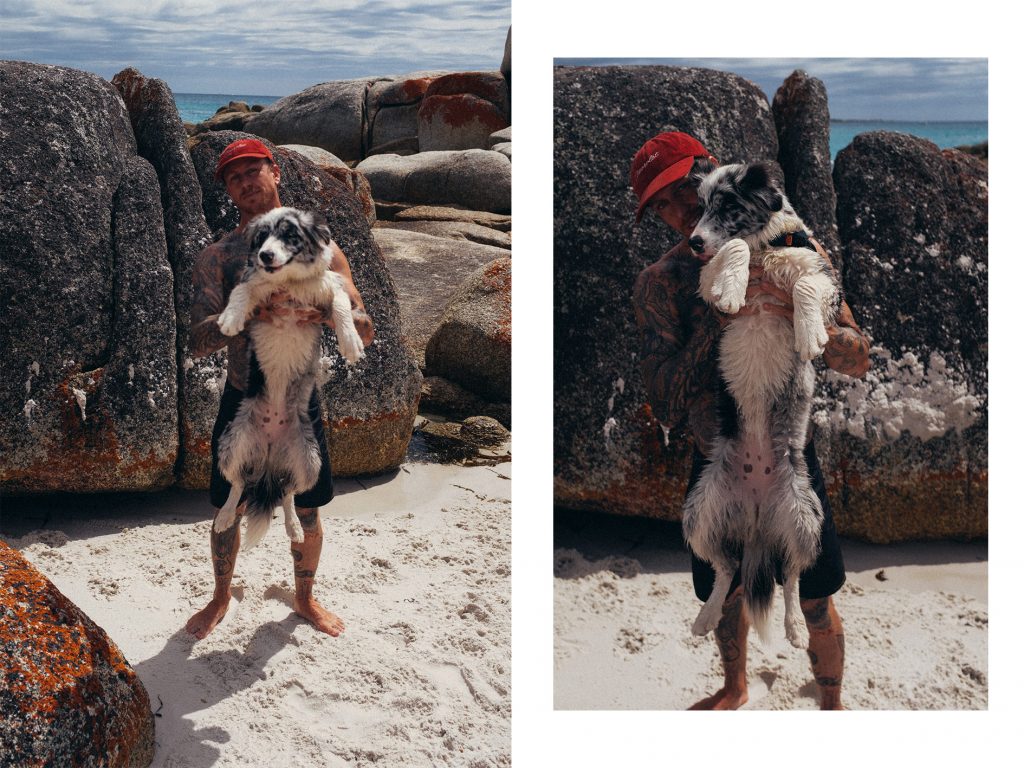 So what’s the plan for getting busy then?

Ermm it’s a little hard with no travel so no firm plans yet. I’m doing a little thing with Monster and Stab – a little series I guess on my cars and surfboards and stuff. A little leg up back in the game but not surfing 100%. But yeah man, I want to do something this year for sure, definitely want to do an edit. Just not sure how or where…

Need to fly you back over here…

Oh man I wish. Maybe when you don’t have a 6pm curfew though. Quite hard to get turnt in Coolin and be out by 6pm. Or maybe just lock it in 6pm – 6am…. I would love to. Maybe back end of the year man. Australia is pretty tight on the travel restrictions. Even leaving is a nightmare.

So talk us through your love life…

Haha! Well, I met Brinkley I guess 7 months ago? (Shouts to background, “How long ago did we meet?!”)  March last year apparently, I undercut it. She’s pissed. Haha. But yeah, been pretty much hanging out everyday since then. She adopted a dog who’s four and we just go another puppy who’s six months. We’re both done here at the moment for the foreseeable. I’ve cleared like two acres for the dogs and put fencing in so it’s pretty much all set. Been surfing a ton and Brinkley has been teaching me to free dive – keeping me young mate.

Been seeing much of Dion?

Yeah, we surfed this morning, we surf most mornings. I see him a lot, he’s just up the hill! I’ve always got time for Dinky!

Any car and bike purchases of late?

Oh mate, I went fucking stupid over Covid times. Especially with the injury, I was just kicking around, daydreaming and ended up spending all my savings on cars and motorbikes. Over the past 9 months I bought a really cool 1967 Harley Sportster – It’s just arrived in Aus from the US so should be coming to Tasmania pretty soon. I also got an old shovel head, a ’78. And I bought an old Triumph that you would love! Just kinda got four bikes now that I won’t sell, hopefully they will gain money one day so I can get some extra cash if I need. Kind of like a savings account for me, spend a bit and make a bit!

Well, still rocking the old Sukuzi Jimmy. I actually had her lifted the other day. Looks mental. Still got the old chevy van which had a blown engine so had that all fixed up. Pretty much a black hole of money.

Oh God, the last weeks have been a grind. Well actually we wake up pretty late, 7 / 7.30 as the puppy wakes us up. One of us will get the coffee machine on, have a brew and then take the dogs on a walk. After that I’ll try and surf, usually with Dion. After that it’s straight into working on the yard. Fencing and clearing undergrowth and what not. If I’m lucky go for another surf. Brinkley will keep working on her stuff and I’ll usually keep working till 9 or so. Then it’s dinner at 10ish, bed at 11 and wake up and do it all again. It’s not bad man. Just working on the house and chilling out. 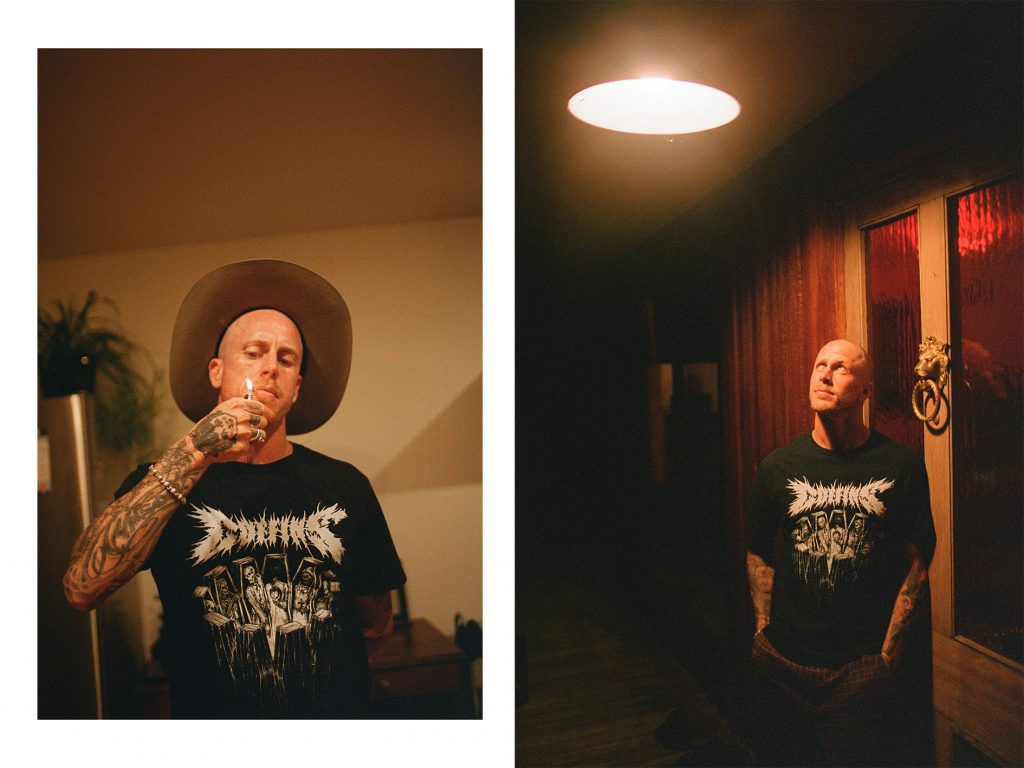 What do the next weeks and months have in store?

I guess I’ll head up to the mainland fairly soon to film which I am really looking forward to. Haven’t been filming in a year so should be interesting….  Keeping it limited to Aus but I’m keen to tap back in. It’s by far the longest I’ve sat still for a while without working.

It’s going to be really interesting to see what the next few years looks like for pro surfing and free surfing. I feel everyone has to get really creative with their own regions. Euro guys in Europe, Indonesian locals in Indonesia and so on. All you see right now is the Americans over in Hawaii – it’s their season and all eyes on them right now. But as soon as that goes flat it’s going to be interesting to see whose turn it is after that. Be great if we can fire up our side and get the guys together and do some desert missions. April onwards is real good so I know the guys are amped.

I mean I’m not keen to get away. Paying ten grand to quarantine in a hotel for two weeks like the Aussies who have been in Hawaii, doesn’t really do it for me. And they called the comp off. So funny. Is that mean?

At least it’s good you have the crew in Aus, Dion , Craig etc.

Yeah! Craig’s on EPØKHE now. And Occy. The team is stacked. Need to get back to France for an EPØKHE tour. I know Dion is super keen! Or Japan. I would be super keen do that again. God that was a blast. I’ve been dreaming of the food non stop man. The underground food joints. Jesus.

A blast indeed…. Any last words?

Oh man. I dunno. I’m going to watch some Vikings and pass out. Full rock and roll. Stay safe everyone. Hopefully see you all in France. Or Japan.

As a celebration of such, we just received a full OCTO restock. 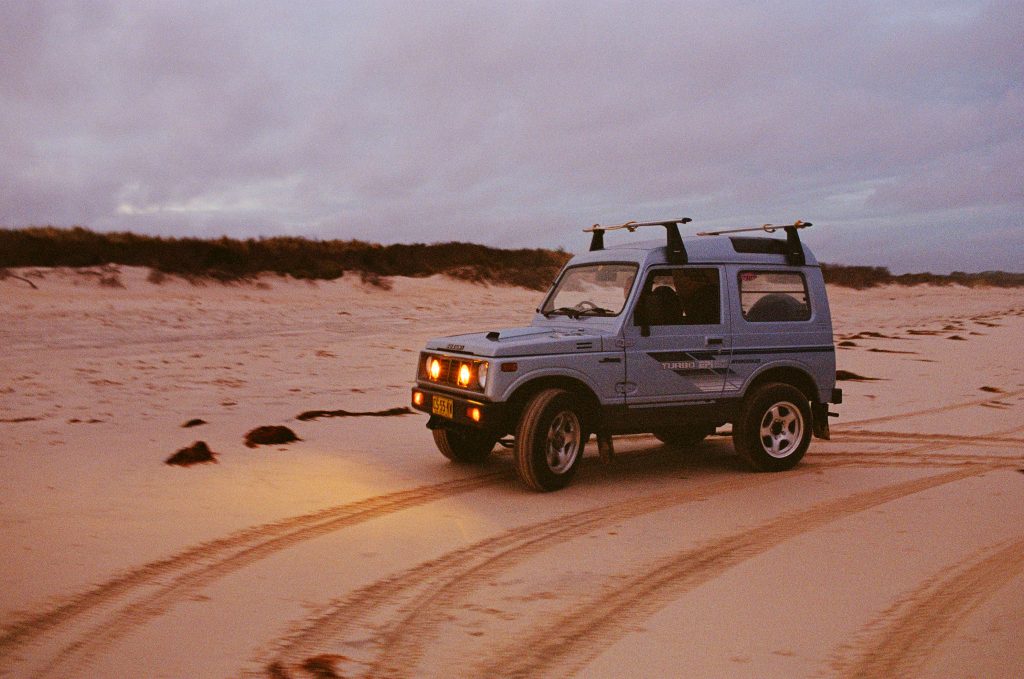 In Conversation with Bob Mollema

Our favourite illustrator from the Netherlands.
Robin Pailler
InterviewsOriginals
August 28, 2022

Catching Up with Lola Mignot