Skip to main content
Close Search
Back to Film Club Next post: An introduction to Breana Geering 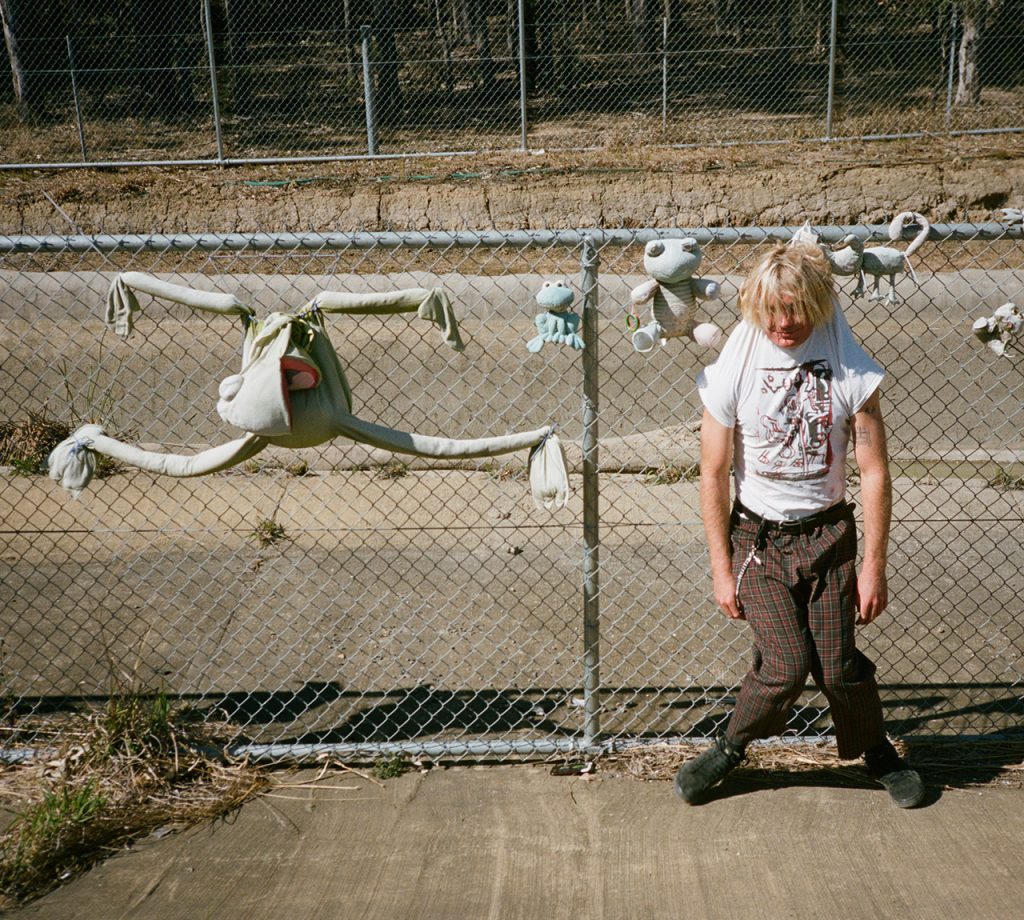 Truth be told, it’s been a hot minute since we posted our latest episode of film club.

Our latest installment was an excellent one courtesy of Mr. Shane Fletcher, but too much time has passed since, and when firing up the old film club engine again, we could think of no one better to ask for recommendations than our longtime friend Tito Lavole.

Since we last checked in with him for the release of this Afends video, Tito’s been quietly nesting in Mollymook, New South Wales, enjoying what one of the most beautiful regions of Australia has to offer. We were proud to see him organise his first solo art show and have been blown away by his success after recently getting into tattooing, inking his original creations into the skin of Australia’s misled youth. All of that whilst we have been stuck behind a paper mask for the past 8 months in the grey of a European winter… Not a bad place to be indeed.

Speaking movies with Tito has always been fascinating. He’s put us on some out-there stuff within the years and always has a few titles in his back-pocket—maybe not ones you’d want to play at family dinners, but ones you’ve probably never heard about. Or heard about but never dared to watch because of their IMDb rating… Although don’t get fooled by the appearances, nor scared by the 360p resolution of these Youtube links.

Despite most films below looking like absolute B-grade material, each of them contain some brilliance. Ranging from hidden gems from masters like Werner Herzog, to genius animations by René Laloux and the horror of John Carpenter, the below list is a testament to the variety of pleasures offered by the medium of Cinema and a true representation of the man who we used to call Kermit growing up…. Danke Tito!

I was first introduced to Carpenter’s work by a Guadeloupe based surfboard shaper known by the name of ‘X-ray’. Getting your board fixed by him was a rather perilous mission for a 14 year old grom. This eccentric man would spend most of his time talking about guns, lego, hot moms and how much he hated the surfboard industry. He once burnt me a copy of ‘They Live’ on a CD-rom. I’m still unsure why he did it, but 10 years later, it still is one of my favorites. The acting is pretty off, the fight scenes are endless, and if this isn’t enough to get you hooked, the omnipresence of aliens overlords will be… A must see for every conspiracist, basement-based surfboard shaper, school kid and B grade movie aficionado.

This movie is psycho. If you are into horror but think that your time is too important for those ‘trashy blockbusters’, then this was made for you. It’s equally beautiful as it is terrifying and has a couple of mental plot twists. This Australian-made horror is flirting with dangerous levels of torture scenes but believe me, it will be worth your while.

Crazy reptilian vampire props in this one, but don’t let it’s facade fool you, we are talking about an absolute B-grade movie here (even though George Clooney is involved). Don’t you love it when the best of the best pretend to be bad for a second, only to make you remember why they were the best in the first place?

Great feel good movie, and a beautiful insight into the life of your stock standard depressed middle aged French guy. I’m a big fan of Philippe Katherine and his acting in it is so good!
If you feel like crying tears of joy over a bunch of chlorinated lads in speedos, you are in for a treat.

This short documentary has a special place in my heart as it takes place in Guadeloupe during the eruption of the volcano ‘La Soufrière’ in 1976. It’s crazy to see those places that are generally buzzing with life, being so empty. Werner Herzog captured that eery/ghostly feeling in the most beautiful way, and the interviews from the locals that decided to stay are so classic! Really makes you feel that ‘care free’ Caribbean vibe.

This short and silent movie from 1957 was, I believe, one of the earliest works from the great Alexandro Jodorowsky. A beautifully made love story that seems to take place in a surreal dream. Some of the best special effects I’ve ever seen to this day, and none of that CGI bullshit, it’s all cardboard and acrylic.

A beautiful world where a farmer is trying to grow lettuce by every mean, but soon discovers that with great power comes great responsibilities. I’m particularly fond of the scene in which he is trying to extend lettuce using some magnets. I live for that kind of stuff. If you like animation and are into surrealism then I can guarantee you maximum satisfaction from this one.