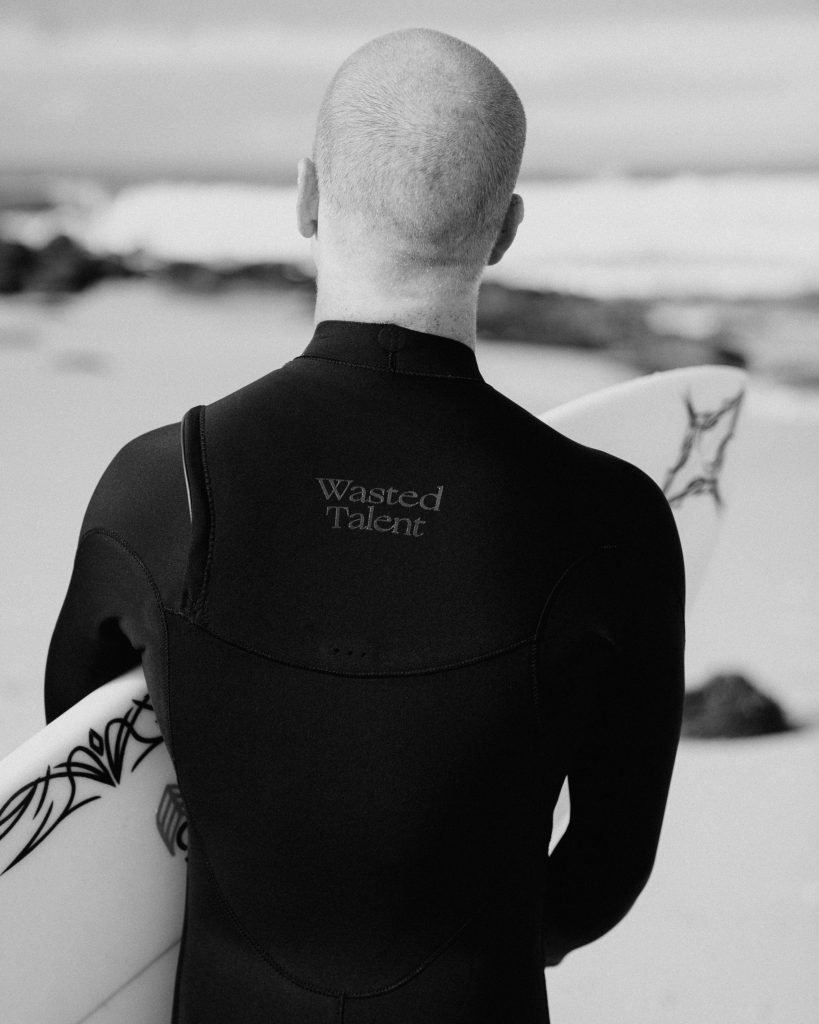 It was only a matter of time.

Whilst being on the road with Chippa we marvelled at his athletic ability yet, with his nocturnal activities bordering on depraved, we concluded it could only be the wetsuits that enabled him to conduct the aquatic water dance known as surf with such flair! Such panache!

Founded by our dear friend Brett, who also, loves a beer. We’ve proudly carried them in Wasted Talent since the get go. And so, a meeting of minds married in a love of tonal logos and an underlining sentiment of how we can make wetsuits more chic, a collalboration was formed.

Consisting of a zipper-less 3/2 for the upmost flex in every sense of the word and a vest –we’d recommend pairing with shorts and only wearing it in the sea. There’s also loads of high end tech in the suits which is quite frankly boring, in the hope that whatever water temp you’re dealing with this summer we might just have your back whilst doing so.

Obviously in all black, because as you well know –wetsuits in other colours aren’t for you.