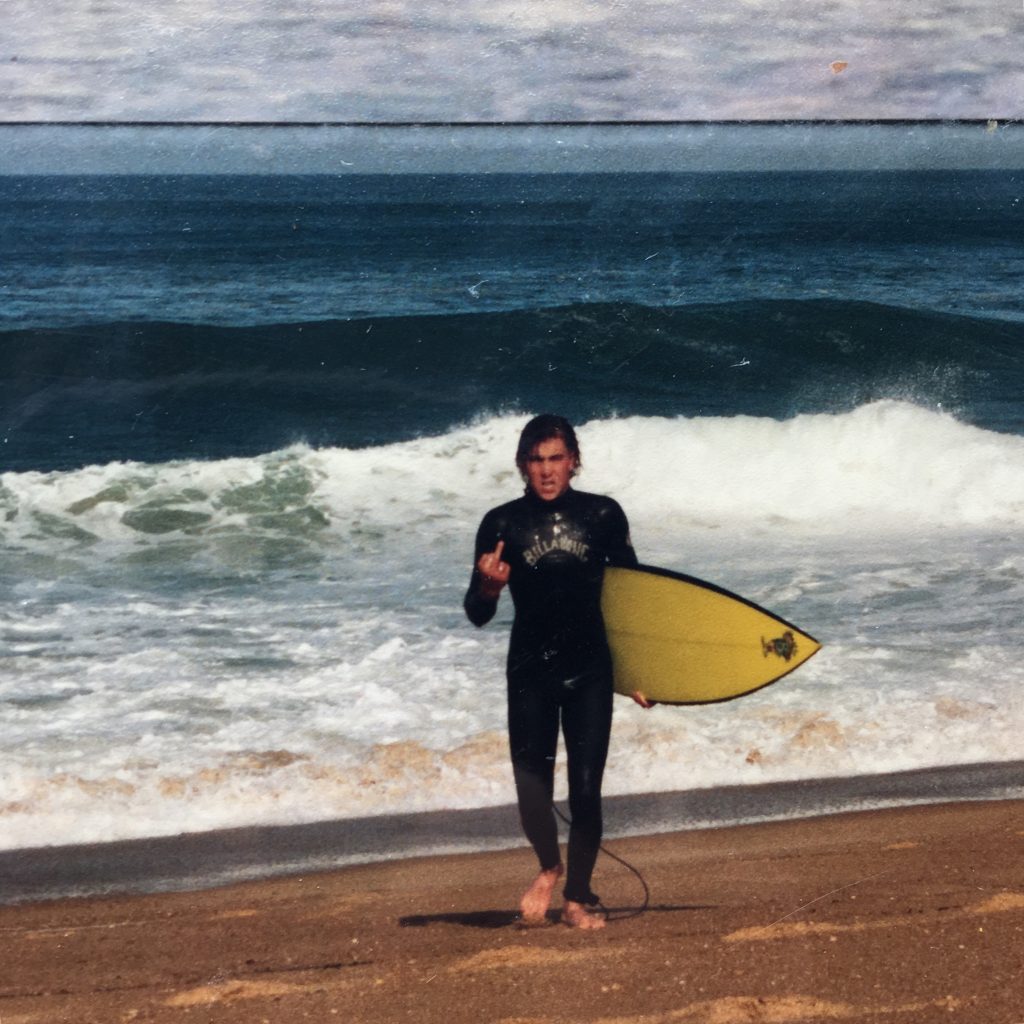 If you grew up surfing in the early two thousands or late nineties – fuck, even the mid nineties, then you would have grown up on a heavy diet of Volcom.

The movies. The ads. The art direction that drove it. And we have the contributing artwork of a certain Mr Mike Mailman to thank for that and his career at Volcom spanning the best part of two decades.

Well, every surf town has its forerunners. Those who came before us, setting the trail, pioneers and all that good stuff. For every Hossegor residing expat worth their salt; Mike Mailman is that. Living in France for well over 20 years, Mike has been a staple insider of the Hossegor surf scene, and there is no one I would rather drink a beer with. Laser-sharp wit delivered subtly with expletives injected at exactly the right moment to underline his disdain. I get the feeling that being twenty years Mike’s junior, everything my friends and I are doing, everything we are going through, Mike has been there and done that – but undoubtedly more hardcore. But hey, at least we’re trying!

I can’t remember where I first met Mike. Undoubtedly over a beer.

Most certainly in the beer bar around the corner from our office that has come to be an integral part of many Hossegor inhabitants’ life, Mike is always present. White Toyota pickup truck and battered trucker hat kinda guy.  Sipping a beer in the corner, sometimes solo, sometimes as part of a wider group. Listening to the conversation with a wry smile, poised to deliver a line with his signature laser-sharp wit.

So in celebration of Volcom and Mike firing up the good times as part of his signature featured artist collection – which you can scope here – we decided to sit down over six pints at our beloved and most hallowed Coolin à la Plage and shoot the breeze.

You just did. Grumpy old man would be the best way to describe me, for people that know me…

From my previous experience in the surf industry.

Where did it all begin?

Newport Beach, California. I was born in the adoption ward of Hoag Hospital, which ironically isn’t far from where Volcom started, right down the street.

I grew up there in Newport and then came to Bordeaux for school between 1991-1993. Surfed a lot between here, Hossegor and St Jean. And then Lacanau and all those terrible spots up north. I came back to the US and fucked around for a few years, did some woodwork and played in a punk band. Made some flyers and the founder of Volcom actually joined our punk band at that point.

Was he any good?

Oh, in the beginning he sucked. But it was just the fact that he was so into it. We sucked. We were terrible. Clowns playing grindcore. Eithan, the art director for Volcom, saw the flyers that I was doing for the shows and then a few band tees that we made which sold. He asked me if I wanted to come and work for Volcom for $6.50 an hour, part-time. I was like, “I don’t know”. I was making $15 an hour doing woodwork. My dad was like, “You’re a fucking idiot” – I took the job anyway.

To speed things up, that took me to France…

(Editor’s note: in the late ’90s there were some dubious imagery/products emanating from the European licensee based in France. By dumb luck (literally), Mike was the only one in the US structure who spoke fluent French. So he ended up moving over and supervising the EU license until it was bought back by Volcom US. He then became EU marketing director for about 15 years). 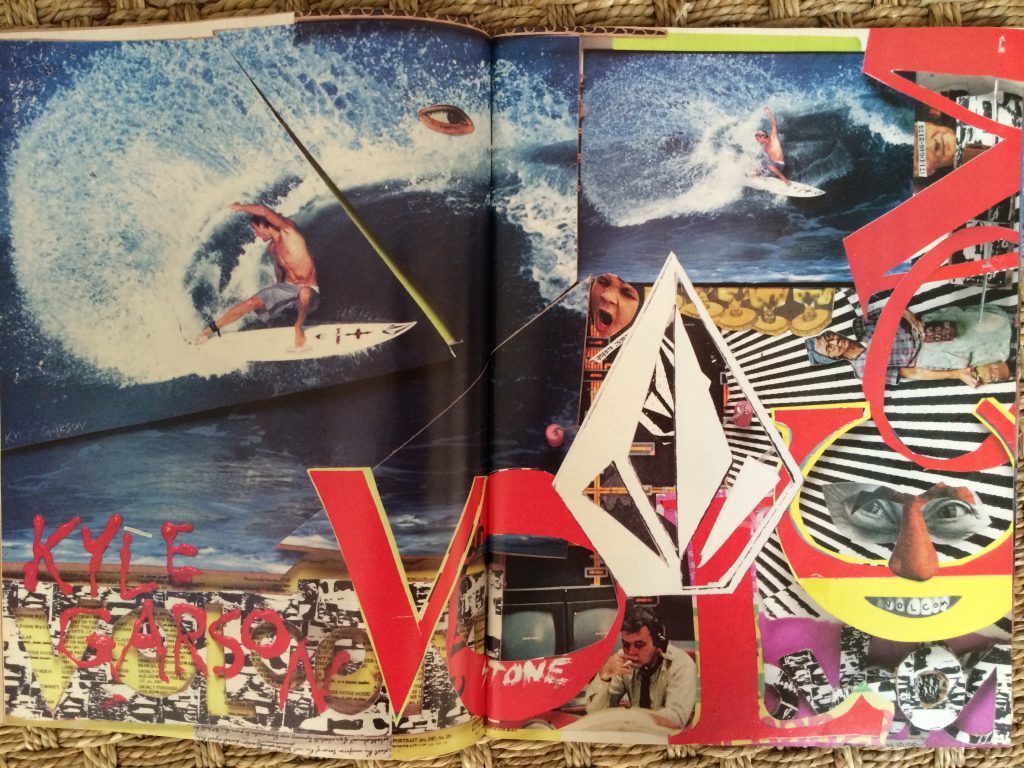 How do we have more great fun?

Well, I mean you guys obviously… I can see you are having a lot of great fun. I guess once you start having kids and more responsibilities and stuff the fun machine just takes a shit and dies…

We all grew up on a heavy diet of Volcom artwork and the collages that defined it. What was the thinking behind it?

I guess the original thinking was inspired by the Sex Pistols, this guy Jamie Reid who did all the collage stuff for them from the beginning. We liked the idea of being rebellious without guns and skulls and barbed wire and all that shit. I guess we had the lock on it for x amount of years as no one else was doing it.

We would pilfer from all the National Geographic magazines and steal all the ads from that and cut them up. All the quotes etc. we had were all from those. We would cut the stuff enough so no one would really know, and we just assumed that the photographer by that point was dead or that no one gave a fuck. It got to a point where the CEO calls us into the office like –

‘We have a problem here. The guy whose photo that you used in the in a full-page spread ad you just ran saw it.’

‘Yeah he’s still alive and he lives in Newport. He wants 50 grand or he’s taking us to court.’

This debacle became known as the most expensive ad ever. I think in the end they paid him a little less but that put the hammer down on the whole collage thing…

How do you see the differences between then and now in the surf industry?

I don’t really know. I guess I see all the crew at the bars and stuff but now as an outsider, it’s hard to say. I guess it’s like one of those things where as an outsider you always want to be in it and it’s all mystique and intrigue. Once you are in it it’s weird. Like, what the fuck are these people doing?

When you work in the industry you are obliged to watch what all the competition is doing, as far as films go, and you tend to judge them in a different way. Usually critically…

Now when I see shit though, like movies and stuff. I get really amped. I fucking sit down and watch that shit. It’s different when you aren’t in that circle of brands trying to impress everyone. You get jaded.

What makes you so bitter?

I would have to see a psychologist to get to the bottom of that.

What makes you more angry than anything else?

People that don’t shut up on the internet.  Misinformation. People are idiots. I get triggered but I don’t really snap.

Surfing with disrespectful people really pisses me off.

Does surfing in France piss you off?

Summer time yes. Winter time is all good. I mean, I’m going into grumpy old man mode now. But there are so many people that come just for the summer and have a good run or whatever, and they just start burning people like, ‘who the fuck are you?’. Because they met some people that they think are influential but they’re not. They are the best surfer in Lapland or somewhere that no one cares about. But that does not give them the entitlement to burn people.  Some of them are so young. I’m sure their Mums ended up in Air Force One at one point.

It’s an apartment right down from where we are sat right now. Above Rockfood 3rd floor. We had to have a double door, a steel door down the hallway just to shut people up so they couldn’t even get to the front door. They would try and kick it in for hours and we could vaguely hear it like ‘someone is down there’ and we would just kick back. 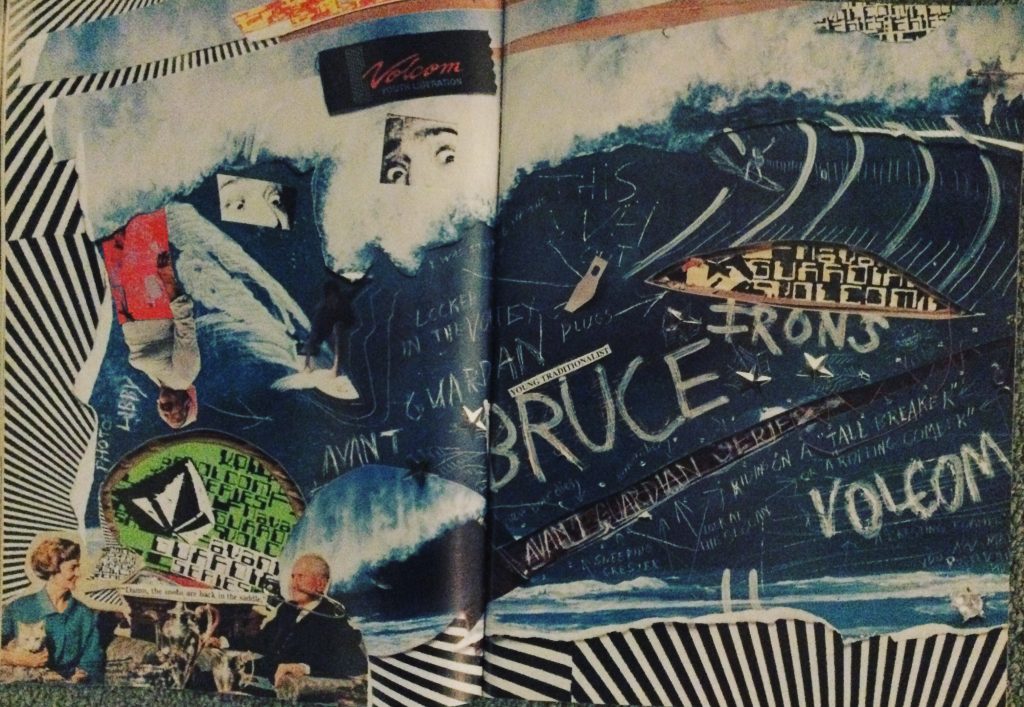 What’s the worst thing that’s happened in Air Force One?

I obviously can’t tell you that.

Fire and Awe. We threw an enormous firework, I mean it was more of military-style Mortar from France Asia. Instead of launching it via the tube we just threw it down like a rock at like 4am. The thing blew in the south wind and literally covered Rockfood, Air Force One and the wider centrale in a ball of flames

The fucking dude on the longboard at Bourdaines that does stupid half turns on a longboard and catches every fucking wave. He actually said hi to me the other day and I was bummed.

Who’s a pro surfer you could take in a fight?

No one. I’m a bag of bones. The women would kick the shit into me. In my prime, probably some of the English team if they didn’t have swords. I’m not a fighter, I always get beat up. I even get kicked by fucking horses dude. I am terrible.

What makes you happy?

This band called Gulch from Santa Cruz. I’m sure you will all fucking hate it too.

Have fun and don’t be a dick. 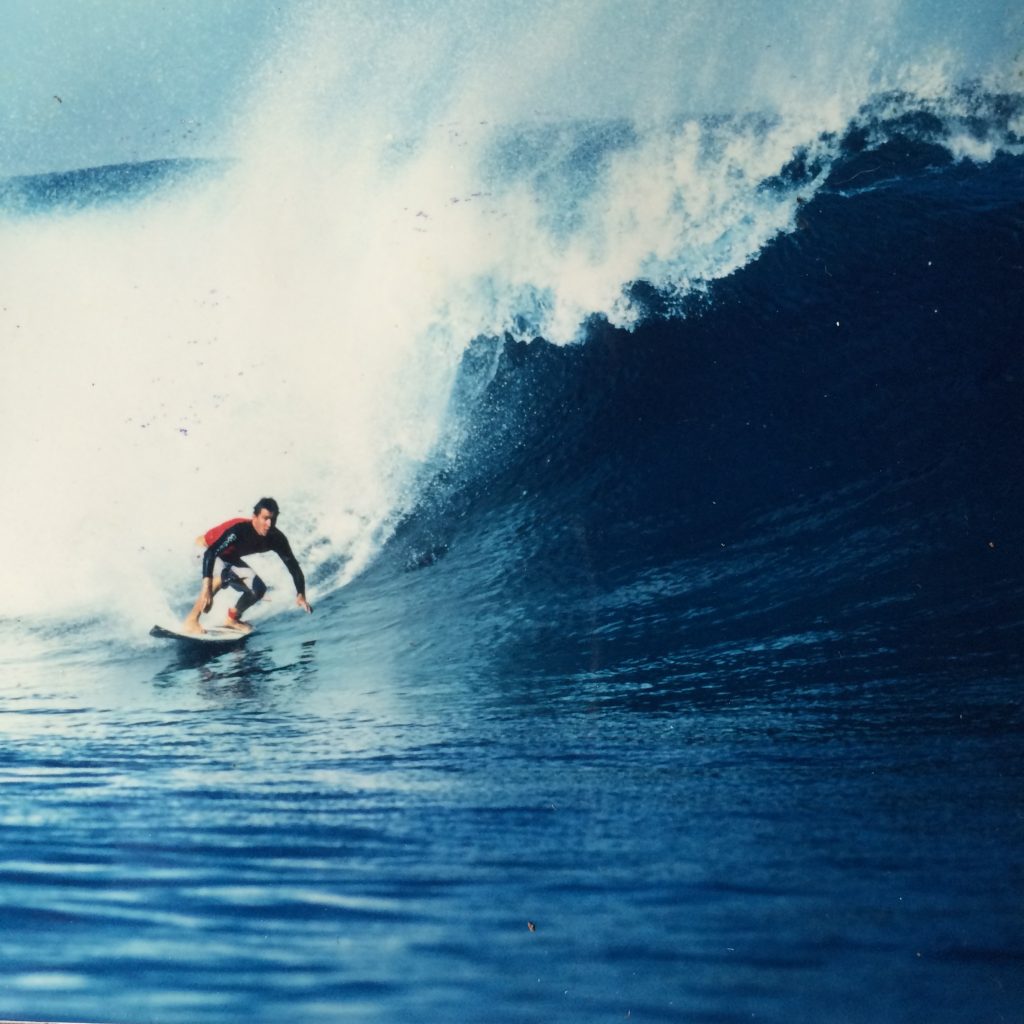