Back to From the World Next post: WallStreet And Riot Skateshops Take Bordeaux

From the World September 8, 2021
By Yentl TouboulNo Comments 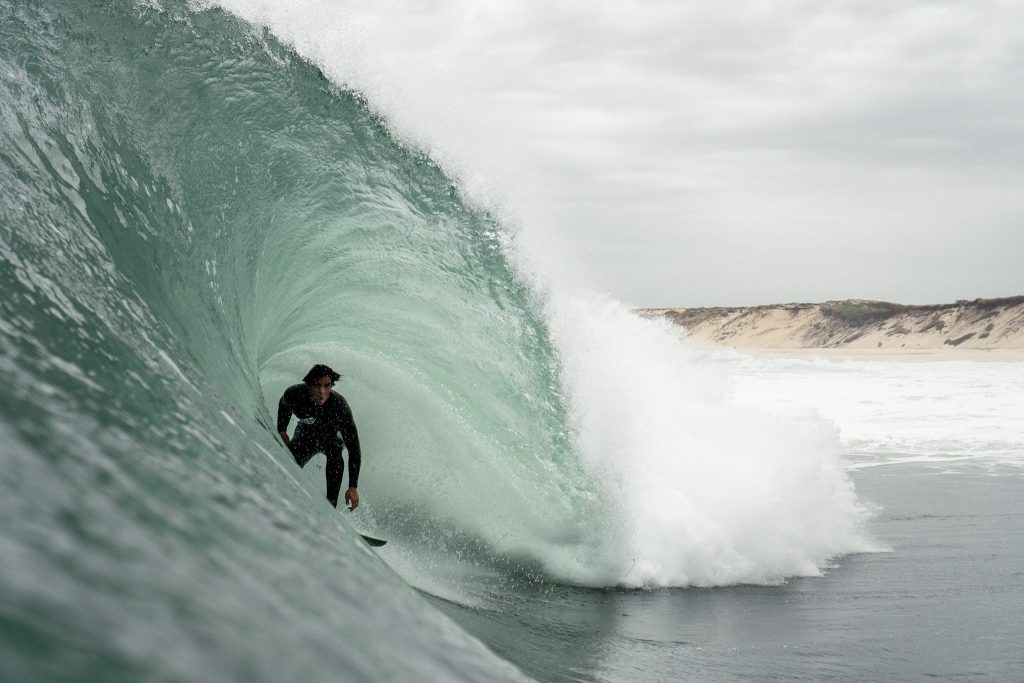 If you’ve picked a copy of our latest print issue, you should be familiar with Issam Auptel.

Originally from French Caribbean, Issam is at 20-year-young regular footer living in Hossegor. A good friend of Erwin Bliss and Mr. Eithan Osborne, it didn’t take long for his enthusiasm (averaging at 4 sessions a day) to gain our hearts.

When you’ve grown up surfing head-high turquoise water wedges in boardies your whole life, the move to mainland Europe can be a daunting place—although Issam has crossed that bridge just fine. After months taking his fair share of beatings, Issam now handles both the unfriendly drops and crowd of heavy Gravière and VVF days like a total lord. Still taking monstrous beatings, but also finding diamonds in the rough, he’s earned himself another type of diamond in the form of a Volcom sponsorship.

Despite the lad’s rugged nature, there’s only a certain amount of time any islander can spend in Euro winter. With Covid restrictions limiting the fun potential a step further, Issam and our own Yentl Touboul decided it was time to pull the plug and regroup to their tropical bosom. They came back with exposed negatives, full memory cards, and after a few weeks in the edit bay, a new short film started to take form.

Truth be said, the final file of what is now called ‘Wisteria’ has been quietly sitting on a hard-drive for almost two months. Despite the film being finished, our friends at Volcom being simply true to themselves wouldn’t premiere it without a proper blowout. After all, releasing your first real part is sort of a big deal for any up-and-comer, and knowing Issam’s innate joie de vivre, waiting for the right time to celebrate this special moment only felt right.

After nearly two months of waiting (mostly for the Covid situation in Les Landes to stabilise) the stars finally aligned for the film to see the light of the day. Rendez-vous demain soir at our beloved Coolin, from 7PM, with music from Arthur Uber Alles. If you haven’t had enough and want to push torch levels to the max, we highly recommend hitting the Rat’s Cup festival in Biarritz (organized by ALC) this weekend, as the film will be premiered on Sunday at 9:30 PM along with a live concert from Titanic. Oh it’s been a while… 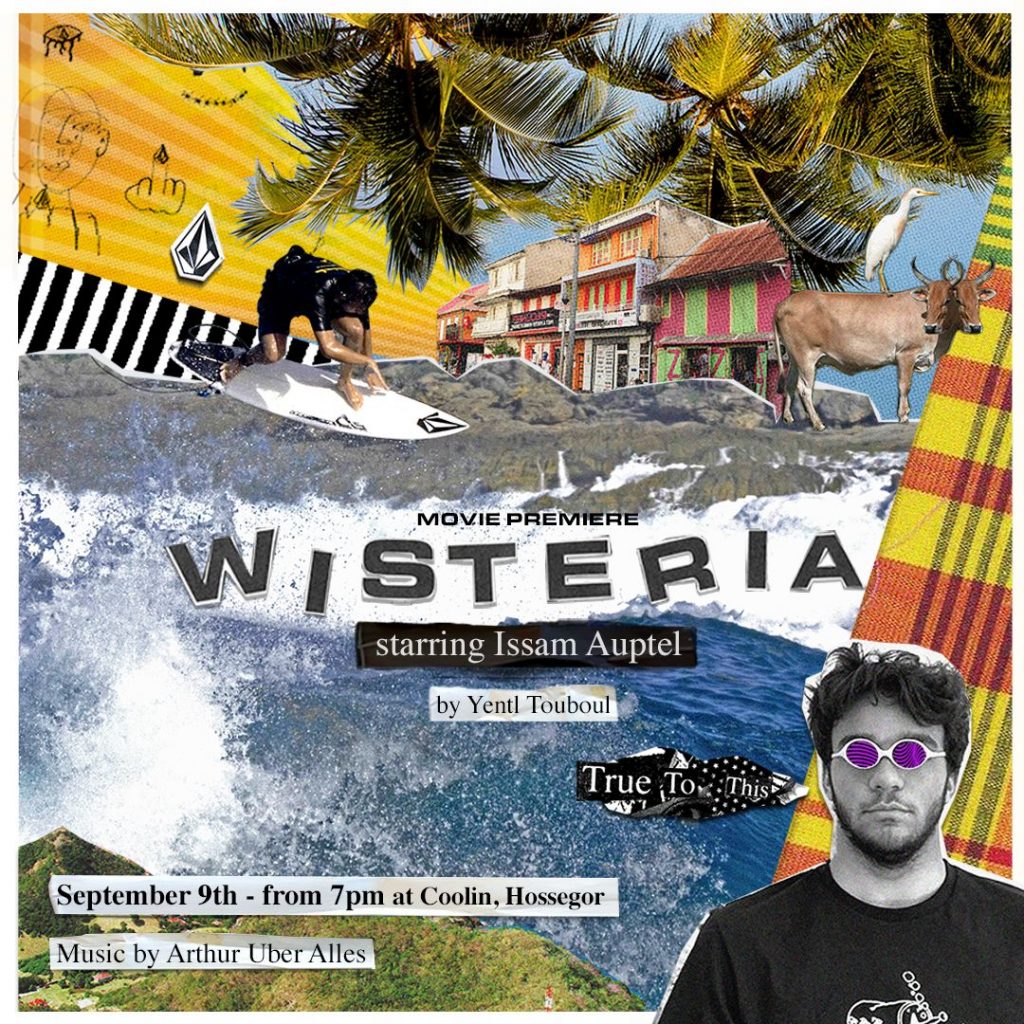 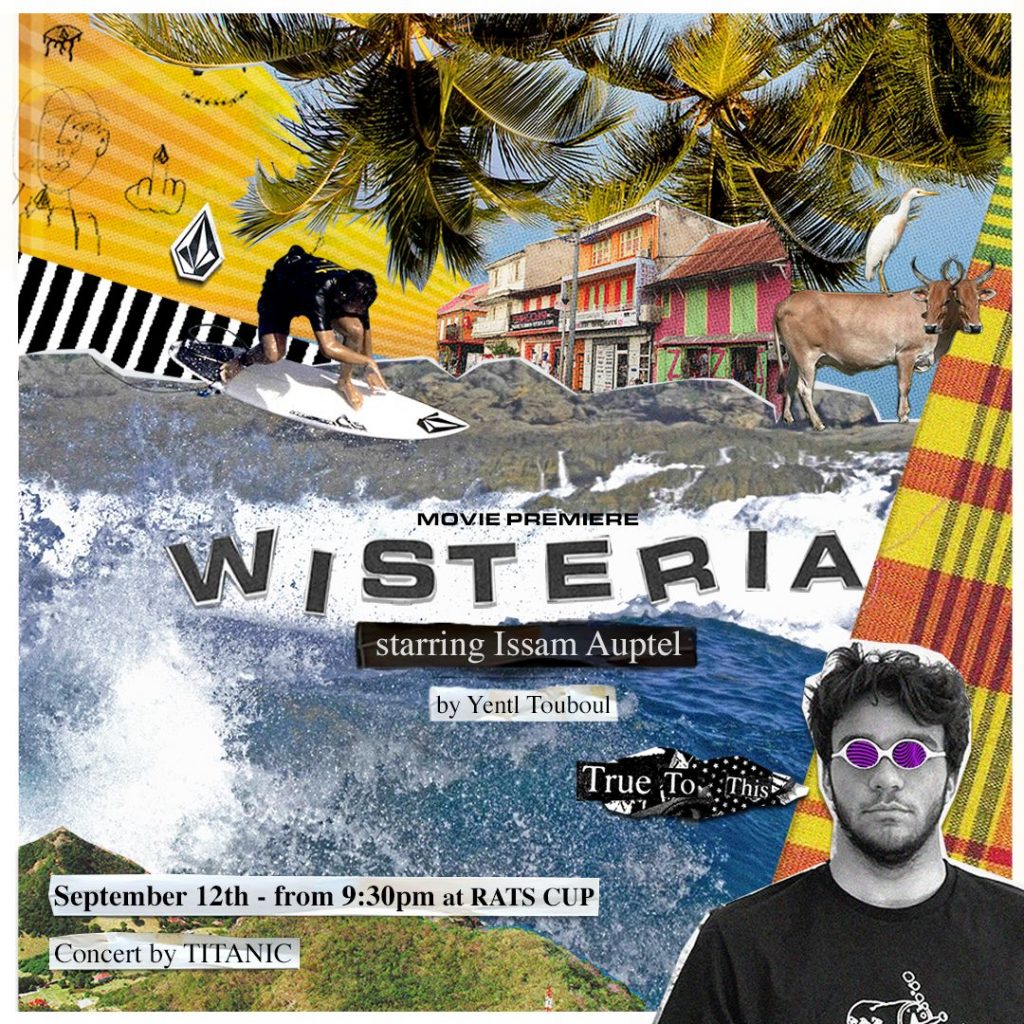 10 years of The Photocopy Club