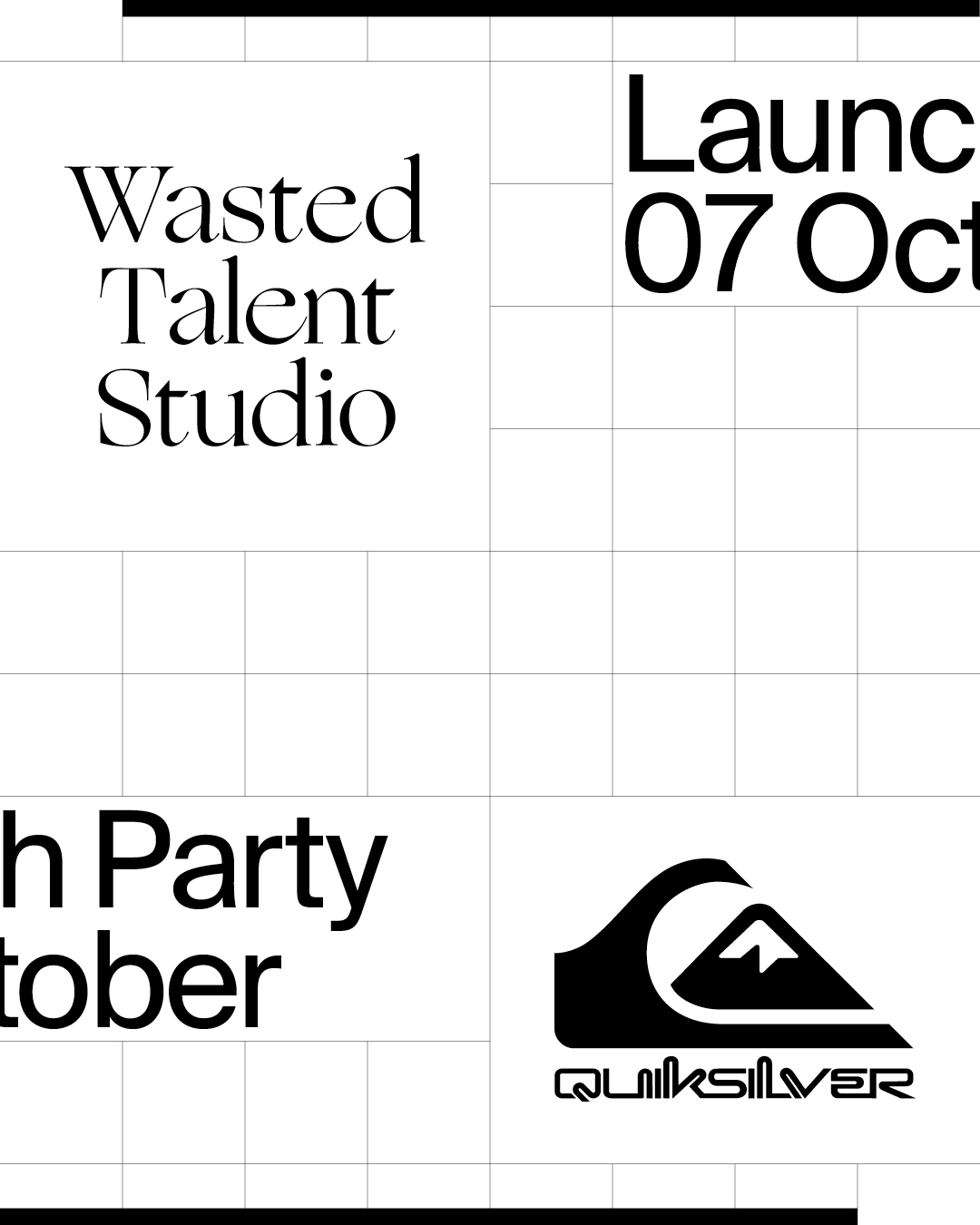 Summer was good, wasn’t it?

Things opening back up. Beers in the sun. Long conversations with friends you haven’t seen in too long, it’s been too long, mate. But then autumn came and with it the sky turning dark too early and the trudging back to school and the first rainfall that necessitated breaking out the Big Coat.

But just because you’re switching from shorts to pants doesn’t mean the fun has to stop. That’s why we invited Quiksilver to the Wasted Talent Studio for the next couple of weeks. Because we want to keep things going, even if we’re dusting off the sturdy boots beforehand to do so.

We’ll be breaking it all in tomorrow at 1830 until 2200, at the Wasted Talent Studio. Snowboarding film premiers from Austen Sweetin, Griffin Siebert, and Miles Fallon will be on show. Oh, and feel free to leave your blue bag of tins at home, because libations will be gratis.

Then next week, on the 15th, we’ll be having Mikey Wright in for a surf viewing and more good times. The Quiksilver and Roxy Pro France starts the next day, October the 16th, and continues on until the 24th.

The Wasted Talent Studio will be open and offering exclusive Quiksilver vintage threads with free in-store customisation every moment in between. It should be a few quiet nights at the library indeed. We’ll see you then.

Here’s a schedule for you to Montblanc into your desk calendar: