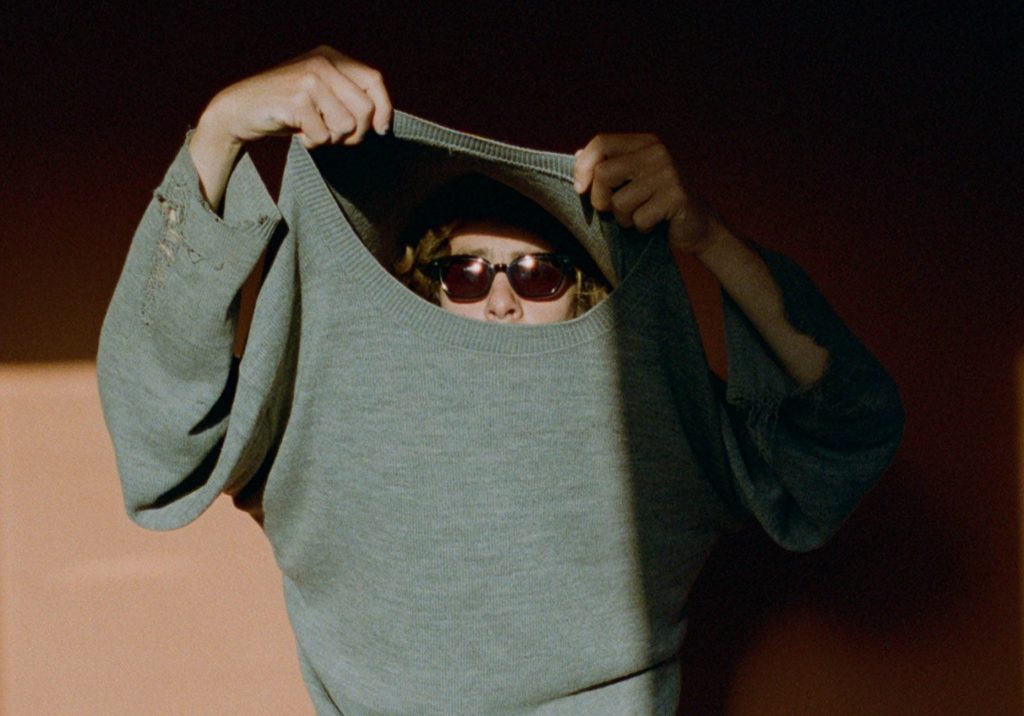 Two thousand and twenty-one has seen Mr Anderson join the Epokhe roster, release a signature sunglass frame, and now to tie it all together, produce an eleven-minute visual masterpiece, assembled by Kai Neville, going by the name of Ceremony.

They may only come every couple of years, but these Craig by Kai video projects just seem to get better and better. These aren’t just well-put-together surf edits. These are pieces of work we’ll come back to for years to come.

With Ceremony hot off the press, and one of our favourite shorts to date, we wanted to jump on with Craig to answer a few of the questions bouncing around the office yesterday morning… 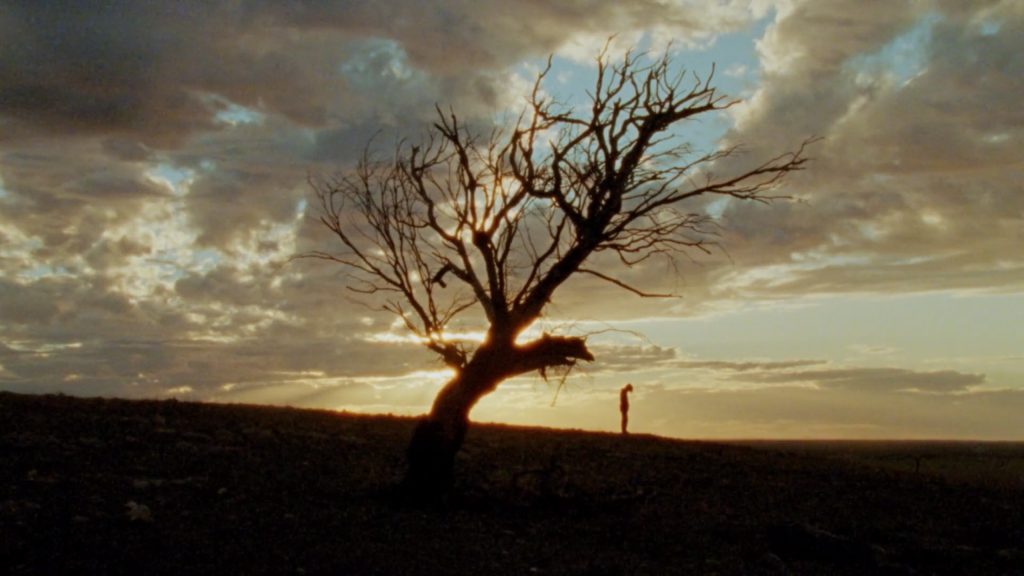 Did you manage to scramble some iPhone pics for us to go in here?

Yeah pretty sure I have some iPhone moments… but they fucking suck.

Haha if they are terrible that could actually make for good content. Let’s start with the origins of Ceremony. How’d the name come about?

Kai threw that one in the mix. It was either that or my surname for the name of the (sunglass) frame but I liked Ceremony. It helped with the overall feel of the project.

Can you walk us through the idea behind the shape and where you guys took inspiration?

Dion came to us with a frame he found in Japan that I really liked and we tweaked it from there. Pulled certain aspects from that shade. Scaled it to the size I liked and pulled the diamonds detail from Dylans fame as I wanted to pay homage to him. I wanted a timeless and classic looking frame and I’m happy with the way it turned out. 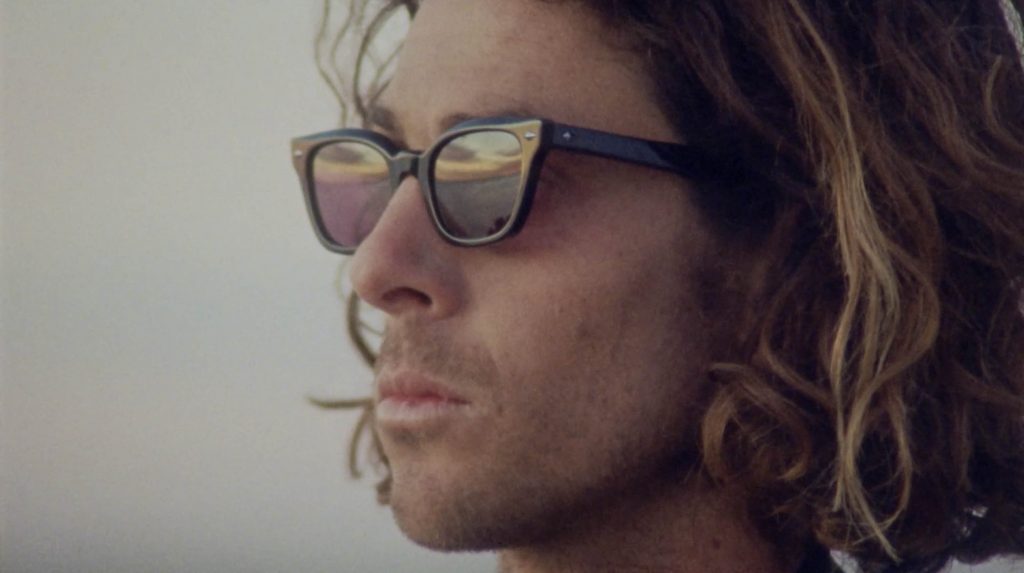 The feedback since the drop seems to be very positive and people seem hyped on them. We’re supposed to be receiving them for our store any day now. Better late than never right !? (Slight dig at our sales manager if he’s reading this).

Rad stoked you guys are getting the frame over there! I mean I’m really happy with the frame and film that we collaborated on but at the end of the day it wouldn’t of been possible if it wasn’t for Epokhe selling sunglasses.

Let’s talk about the video side of things. Can you briefly walk us through how long you were filming? Anywhere in Australia you visited for this project which you hadn’t been to before?

There was one wave filmed last year but all the rest was from a trip with Kai and Andy Gough down south. Then a few days here and there chasing Aussie pipe throughout the year. That one trip south to the desert actually sparked Kai’s current trip around Australia with his family. He got home after that trip and within a few weeks he was packed up and is still on his lap around the county. Think he is currently down in the South west of WA.

That’s epic. Feels like a lifetime ago that we got to see Kai on this side of the pond!  So a productive year then…

Yeah been pretty lucky! We’ve been in and out of lock down since February last year and that only wrapped up less than a month ago.

What’s the deal with this Guarana drink? Is it the key to your productivity? How many did you drink whilst on location?

Haha just a hand full. Those things fuck you up and are needed just for those last ditch afternoon efforts when there’s nothing left in the tank… Actually maybe two hands full.

Can we talk about the music… was Kai the one who instigated the original score or was it something you had wanted to do for this project?

I wish I could take credit for that but that was all Kai. When he mentioned the idea I was thinking of the libraries of music I had saved but I was blown away when I heard the original composition to the first cut he sent me.

Hats off to the composers on that one. Having a piece of music created to go with the visuals rather than slamming clips over a song certainly gives for a different viewing experience.

Yeah I think that pieces of music really made the film. It’s on Spotify! Search ‘ORKEHEOMAI’. (We’ve inserted it at the bottom of the page)

That last wave at the end which all the boys have been posting up on… can you tell us a little about that session?

That was at a wave I’ve surfed over a handful of times. Every time I’m out there I’m asking myself why the fuck am I out here. It’s so intimidating and moves around making it really easy to get caught inside. I’ve never had even close to a decent wave out there and that particular day it was heading that way as well. I sat for 40 minutes, paddled for one, missed it, sat for another 20 and that wave reared up. I had a bodyboarder ask me about 5 times if I was going. I remembered feeling and hearing the energy of the lump exploding behind me. Getting just a tiny bit of pit vision, just enough to be satisfied. 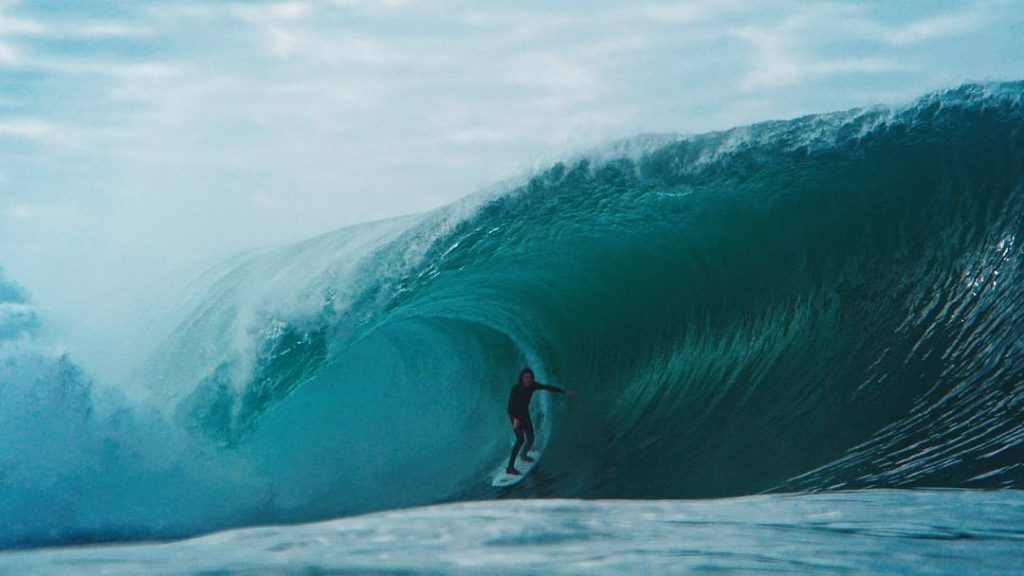 So you had to go either way! That one was skitz. It must be getting late over there. Is dinner done and dusted?

Ok we’ll try and wrap this up then. Couple more questions… Can you shed a little light on the Epokhe team trip you guys did with the full crew a while back?

That was fun. The whole Epokhe team minus Taj. A week chasing waves and drinking beers… I was a pile by the time I got home.

The energy on trips with that many people is always pretty insane.

Yeah the Epohke team and trip vibes are best of the best.

Any ideas when we can be expecting the video?

No idea. I think Kai is going to be on the road for a few months to do Tasmania then chip the way up the east coast so hopefully next year when he’s home and settled.

The perks of being your own boss and making your own deadlines right there. Have you got anything planned for summer yet?

I’m cruising for the summer. Hopefully heading your guys way back end of winter with the DB guys but yeah home for now hanging with the wife and dog surfing 2ft beachies.

Hopefully you guys will be free now! It’s been rough over your part of the world for lockdowns.

Yup we’re in the clear. Things are back to normal now and we can travel without the 2 weeks of hotel quarantine.

On that note thanks for taking time out your evening for us mate. We hope to see you over this way soon!

Thank you! Absolutely next year I’ll be coming to hang for sure. Hope you guys/gals are all doing well.