Skip to main content
Close Search
Back to From the World Next post: Chapter 11 TV | The Hawaii Cut

Shotgun Round With Micky Clarke

From the World February 21, 2022
By Yentl TouboulNo Comments

Micky Clarke – the answer to the question, “What would happen if a lab created, from scratch, your classic California superstar free surfer, and for some reason also decided to make him a proper great guy?” – recently released a self-edited video part. Every frame of its four-minutes and forty-four-second runtime is beyond exciting. By that metric, he garners our current attention.

But also, we’ll never just turn down an opportunity to talk to Micky. Why? Well, as mentioned, he’s more than adept on a bit of fiberglass. Airs. Style. Turns that displace half the lineup before he’s even midway through his bottom turn. And, like we said, he’s just a pleasure to be around. Very much gives the impression of that popular lad at university who, when you bump into him at a pub five years after graduation, not only remembers your full name but also very genuinely asks you how you are and how it’s going. Nodding along as you tell him what’s been going on with you (“Creative strategist? Wow man. That sounds ace.”) then… yes, is he…? Actually? Buying you a pint? And then your mates arrive and he firmly shakes your hand and says goodbye, and you’re shaken by this interaction for days… was he your friend all along? Perhaps. Regardless, you can look beyond our recent North Shore footage to know that we just simply love hanging out with the man.

With all this in mind, you can see why we were quick to talk to Micky after he dropped his aforementioned and beyond stellar nouvelle part, ‘Shotgun.’ Holiday weekends, long-haul flights, and the limits of iMessage made us a touch late out the gates. But talks about the Hawaii season, iPhone photos, and all the future excitement involving the many edits of tomorrow means we’re crossing the finish line just fine. Have a scroll, below. 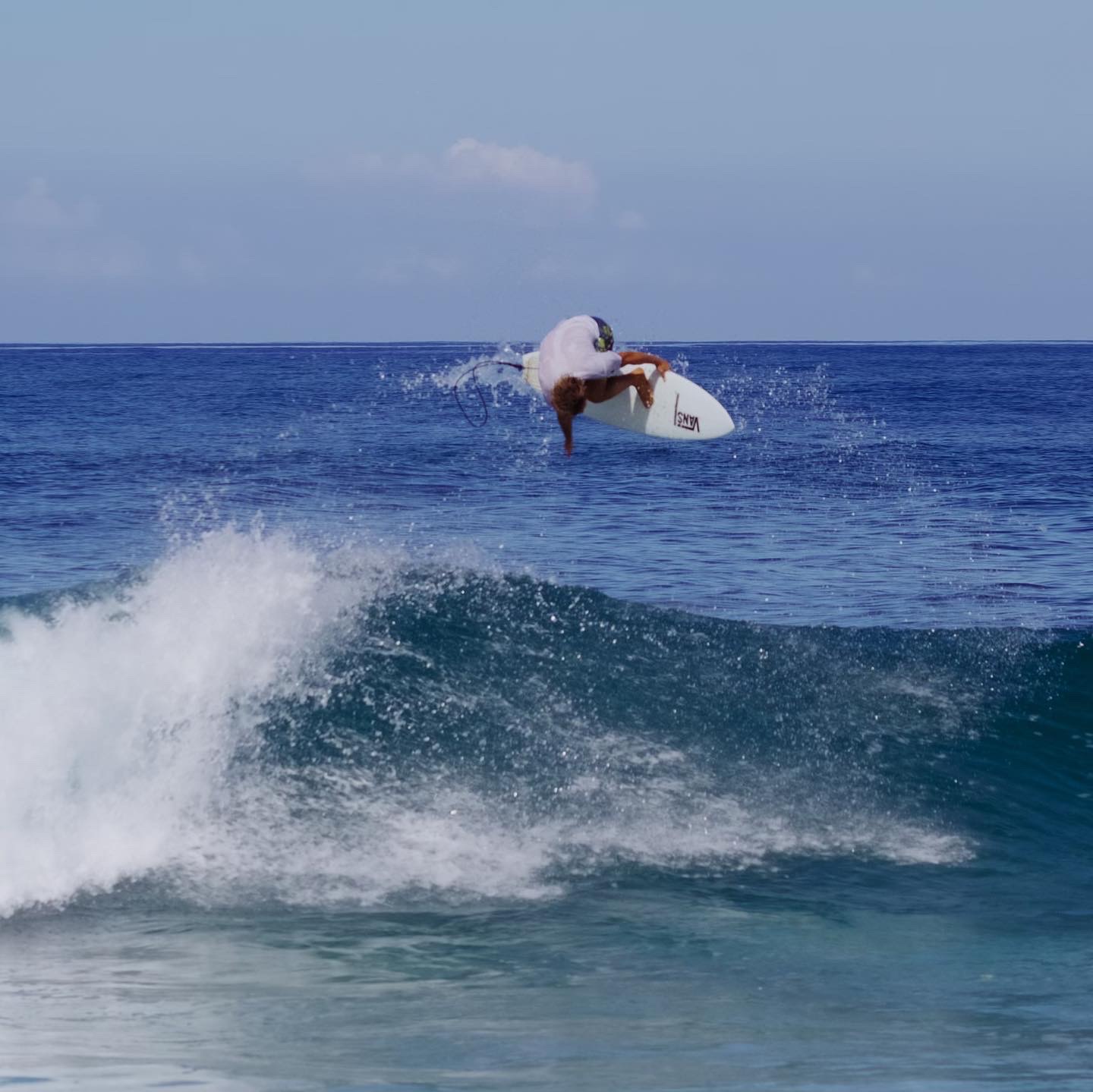 WT: I mean, first up, and always most important: What’s up Micky! Where are you at right now? In Ventura or hopping around elsewhere in the world?

MC: I’ve been hangin’ in Ventura for a little bit! I actually just got down to LA to watch Mikey Feb’s new Sonic Souvenirs clip… Another trip to come soon for sure.

Ohh heard that’s on Fairfax tonight! (17th February) Jealous. Out of town so sadly missing it. Everything sound in Ventura? Waves and vibes and such?

The waves have been pretty sloppy but the wind swell is super fun sometimes, so that’s been cool haha. Other than that it’s always nice to see family and friends when you’ve been out of town for a little bit. I was in Hawaii for a month then over to Mexico for a little bit. Nothing really changes too much around home which makes it pretty sweet to come back to

I was gonna say, judging off just the waves in your clip alone it looks like the waves have been sick! Obviously that’s the best stuff but still I’m sure it’ll leave a lot of people thinking Ventura is constantly pumping haha. Classic California winter wind swell. Time it right and you can have the time of your life and anything else is just tragic. How was Mikey’s new clip?

Mikey’s clip was very sick! I’m excited to watch it again on my TV at home again and take it all in. He was ripping. 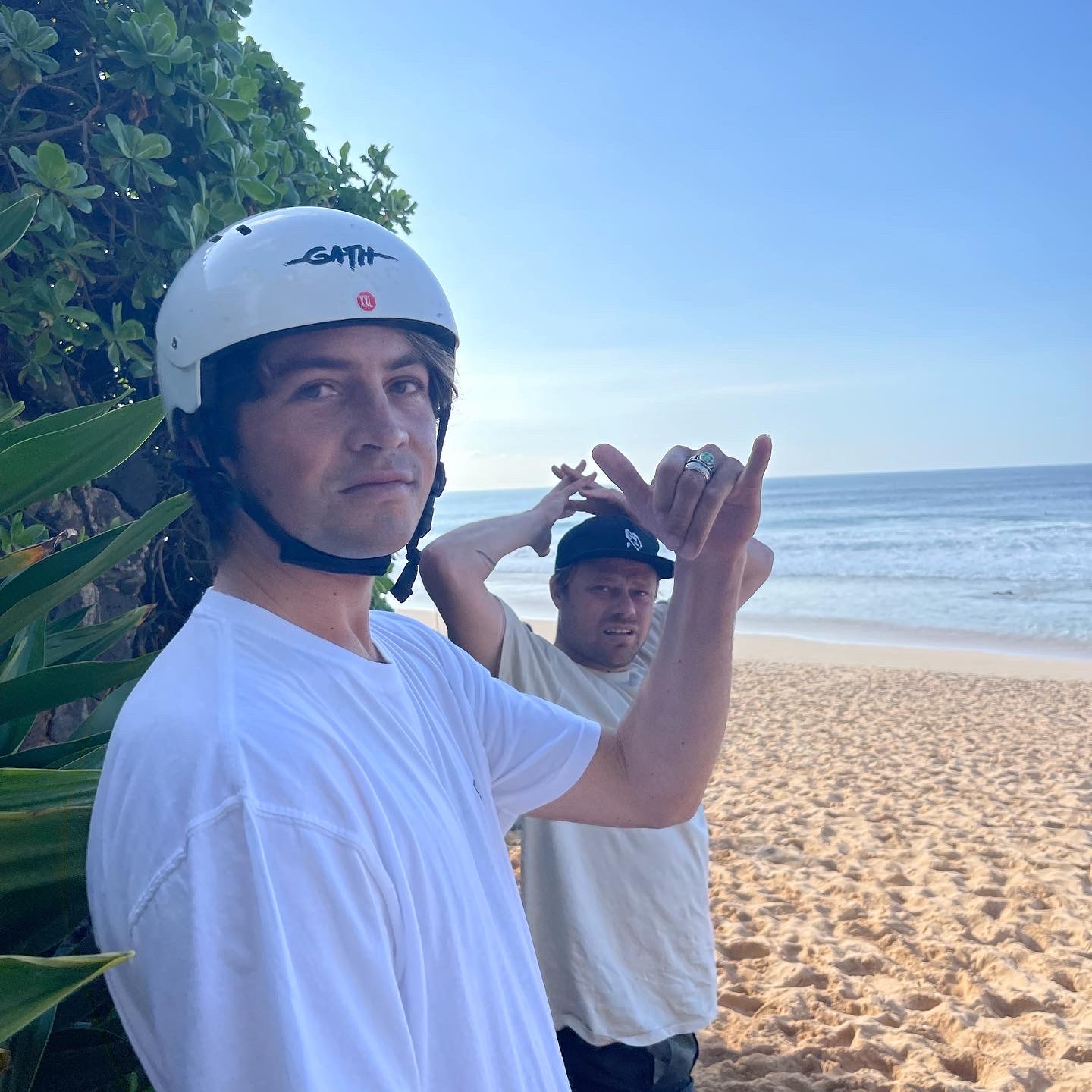 Well, I’m excited to check it out when it’s out… tomorrow? Haha. Tell me a bit about Hawaii, what was going on over there?

I was in Hawaii for the Vans Triple Crown. That was pretty cool. I’ve never been to Hawaii during that time of the year so the crowd was crazy but the waves were non stop and it was entertaining to watch as well as try to get a few.

And how was it being in Hawaii as a Triple Crown semi-first timer?

The whole vibe was really mellow. It was so much fun getting to hang out and meet everyone with Vans. All in all it was a super fun trip. Got the best of both worlds. Plenty of wave-less sessions and getting burned, then finally had a few surfs where it seemed to work out more in my favor hahaha

Stick around the Pipe area or were you able to venture around a bit?

We did a bit of both! A lot of Pipe sessions but also had to mix it up goin’ to Rockies and Haleiwa and etc… Sometimes it’s so necessary to move around and try other spots just cuz crowds can be so hectic. Also, a lot of other waves are super fun! 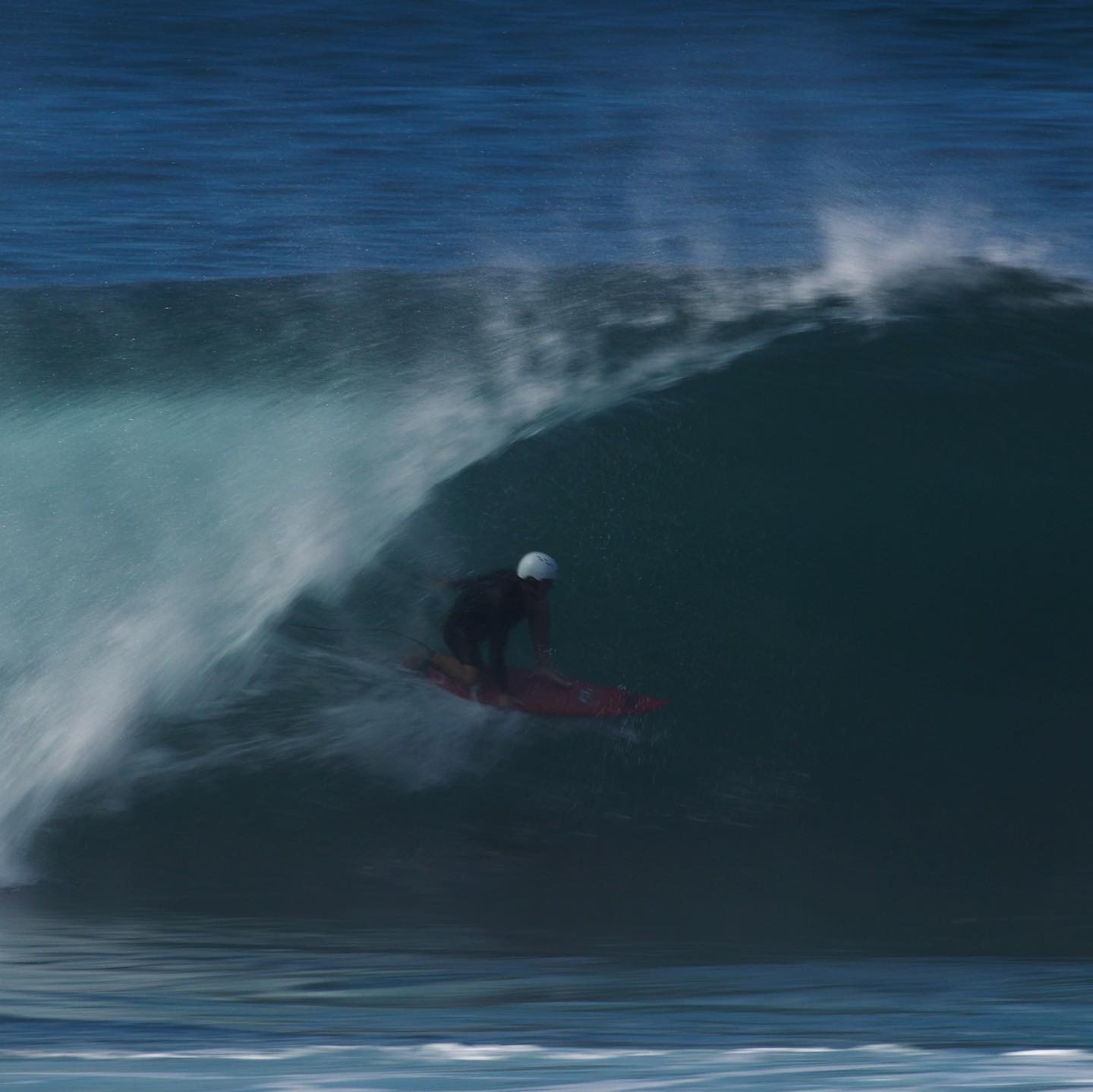 Love it! Any anecdotes? Excitement on the road? Someone doing something stupid and making everyone else laugh sort of thing.

Hah, no known anecdotes. Other than digging into some beers with your homies after the surf. I’m sure I’m forgetting some things but what is sticking out most to me is Hunter and Jake keep trying to beat me up after a few beers when I’m about to fall asleep. It’s all fun and games of course but I’m beginning to get a little suspect of them… Other than that, it’s always exciting when Dane hits you up to get on the road or a plane for a surf trip… never a dull moment with the Chapter 11 crew

And absolutely nothing wrong with a few beers after a surf. That’s why we’re here in the first place. Tell me a bit about Shotgun! Did it come about spontaneously or was there a long-term plan to release this?

Shotgun was a bit of both, definitely a little bit spontaneous but I always had the idea of making a short video for Hayden. He does so much for me so I wanted to repay the favor. I pretty much just got a bunch of clips together from a few random sessions at home and wanted to find a place for them. It’s also a whole lotta fun getting creative with surfing, music art, etc…

I mean it turned out amazing and the creative pursuit and dedication is really reflected in that. How long were you shooting it for? Everything looks quite recent.

I was shooting for a few sessions. It was just some early fall sessions around home and that was about it. 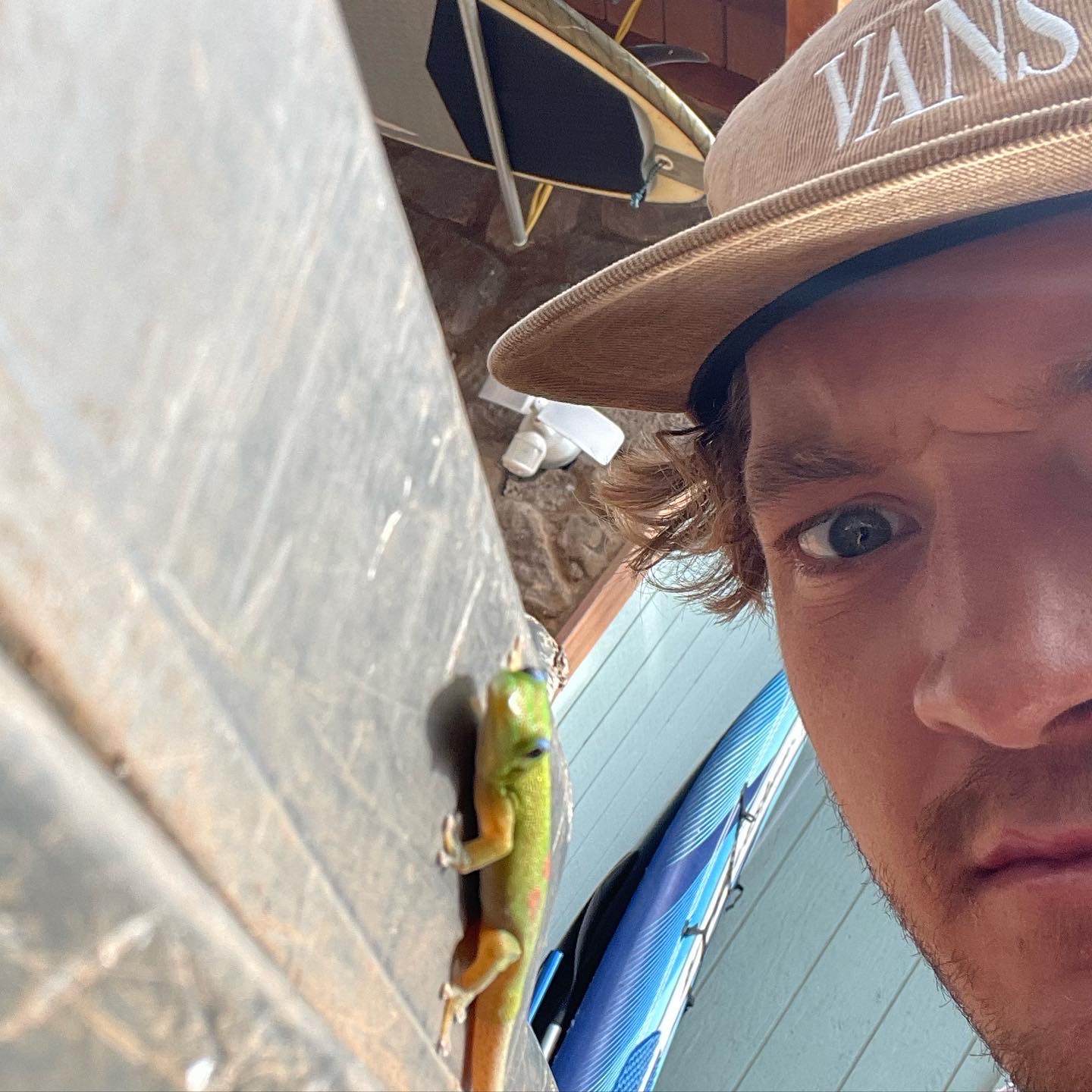 Epic, epic, epic. Always nice when footage like that all comes together easily. What’s the story about the firefighter getup in the beginning?

Hah, my dad is a firefighter and he runs a 24/7 emergency response team. They did a fire training program in Texas and he was able to get me a spot in it. I felt so out of my element but it was a super cool experience and now I’m technically certified to hold a fire hose! All the photos at the beginning were just for fun and to add a bit of substance to what goes on in my life and with my friends…

That’s crazy! Cool you have the experience on that. Just hopefully you don’t have to use it, hah. What boards were you mostly riding through the filming?

Yeah the experience may come in handy sometime but I certainly hope I don’t need to use it! Haha. I was mainly riding my Cohort PU and a Darkside PU plus a few random clips on my Raven P. I would say almost 70% of the clips are on my Cohort.

Would you say that the Cohort then is your usual day-to-day not check the cams and just go board?

My day-to-day board is a cohort around home. Unless I know there’s really not much swell in the water, I’m usually riding around with that and a Darkside in my car. Otherwise I ride my new Cohort II in Future Flex that is super sick for really small shitty surf. The Cohort II is essentially just a very smushed-down cohort, a lot flatter and less rocker so it flies in the small stuff. 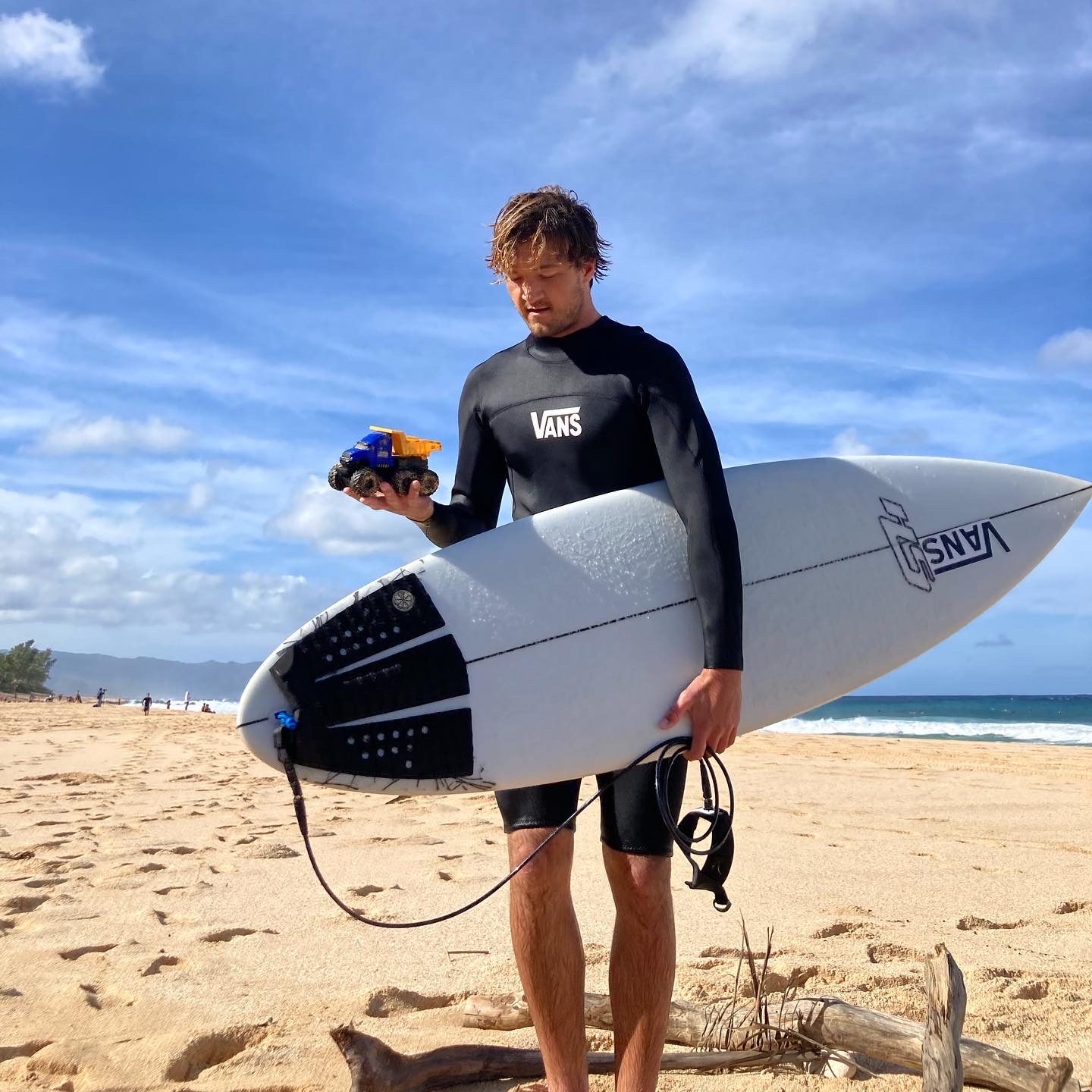 Love it. And where should we expect to see you next outside of the Chapter 11 marquee? Or you heading off on any trips anywhere here soon?

Hmmm, I’m not too sure! Chapter 11 is definitely my main focus and priority at the moment. It’s too much fun hanging out with the crew, surfing, and having some beers. The next project in the works is a Vans/Chapter11 surf film which should come out sometime in July! Other than that, I’ve got some cool stuff with Hayden to start working on as soon as this project is completed.

Well we’ll certainly all be looking forward to all that. Should all be very sick… and I’m sure it will be.

Appreciate my dude. Super excited for the rest of the year!

Any last words? Questions? Quotes you recently picked up from a book or movie or whatever that you want to leave our always curious readers with?

Frick I’m thinking haha. Not the best at it… It’s the wise man who rules the stars, but it’s the fool who is ruled by them… sorry to anyone reading this if they’re into astrology, hah. My dad always tells me that quote. One of my favorites. 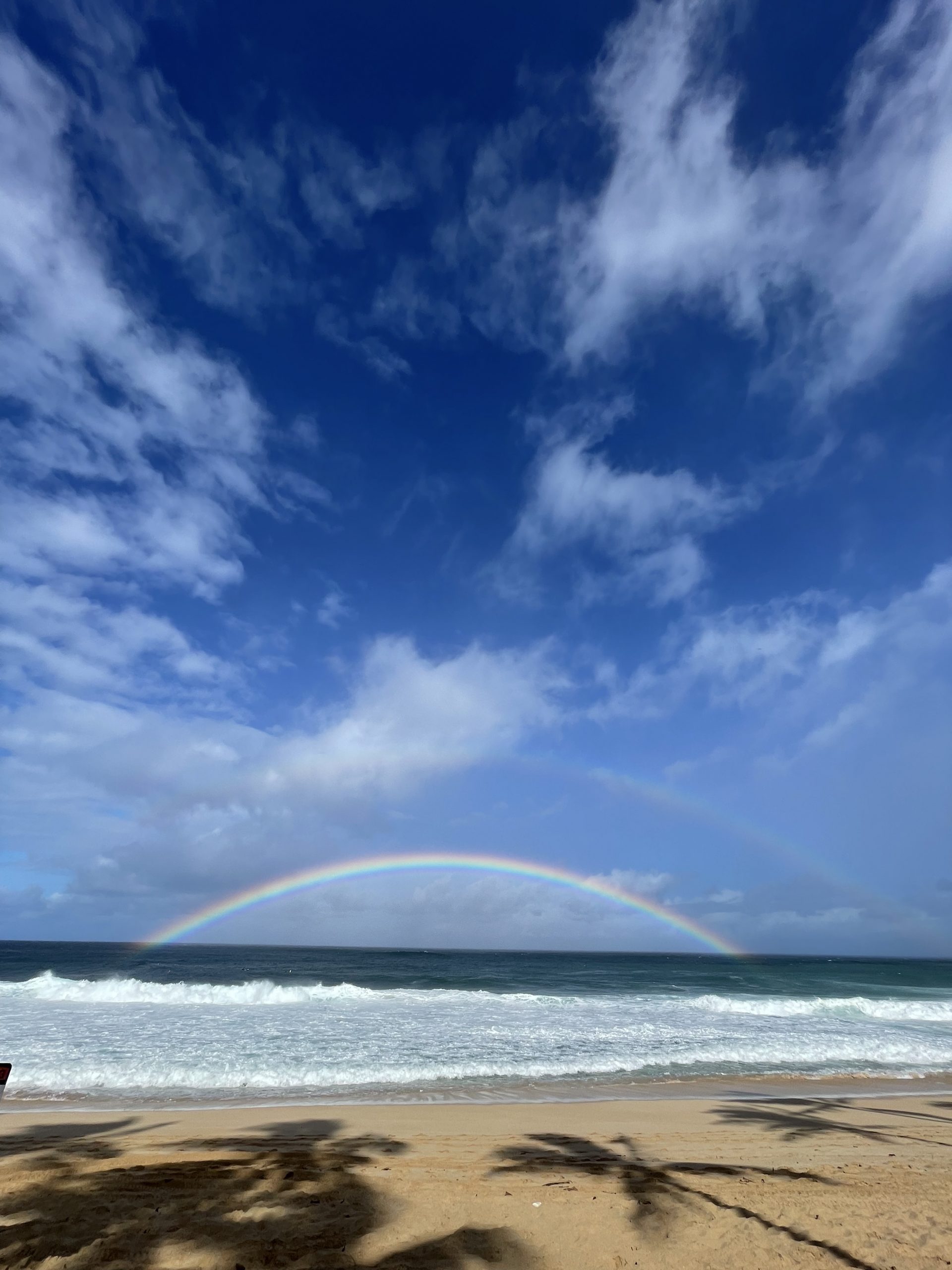