Skip to main content
Close Search
Back to Originals Next post: In Conversation with Andrew James Peters 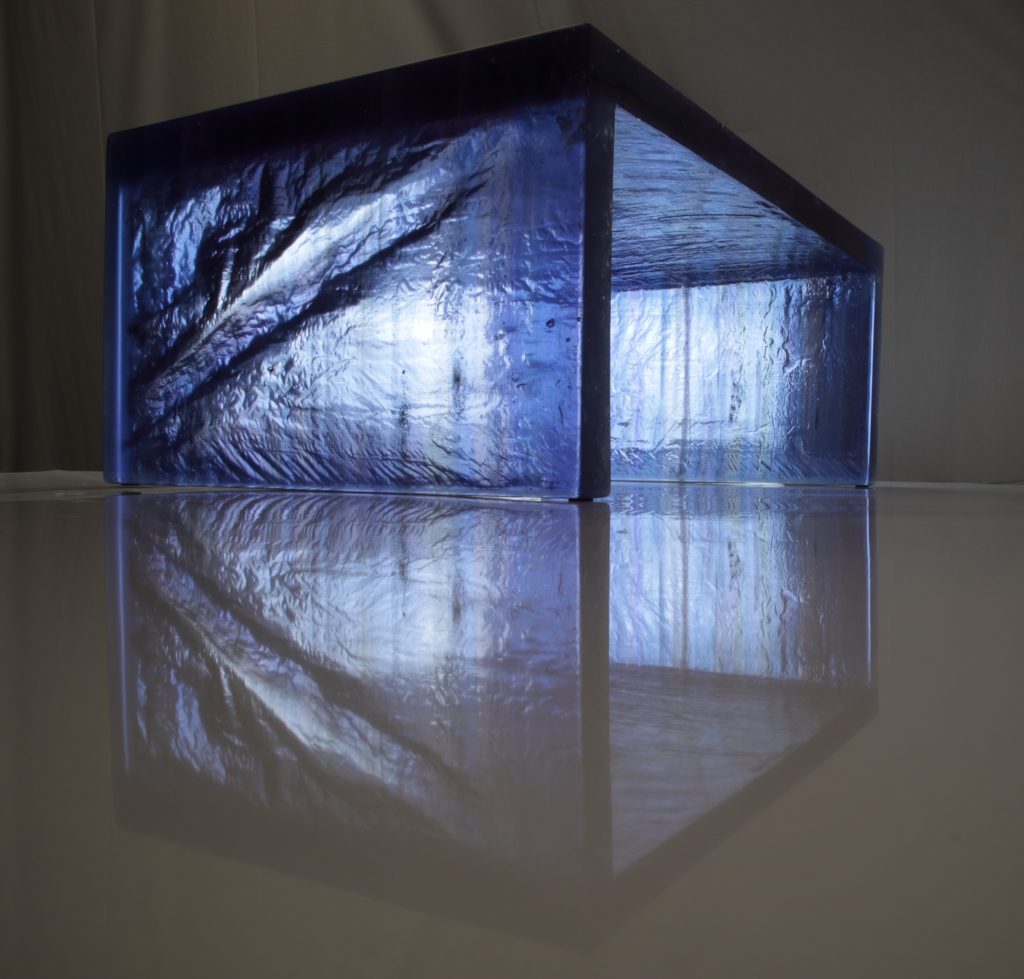 You are formally invited to the public opening of Sublimations at Wasted Talent Studio.

The pair are long-time friends whose tumultuous paths have bounced off one another. Through the common thread of polyester resin, they use shapes and colours to express a full spectrum of emotions. From solids of reality to the vapours of thoughts, sublimations stages the molting of two artisans into artists. 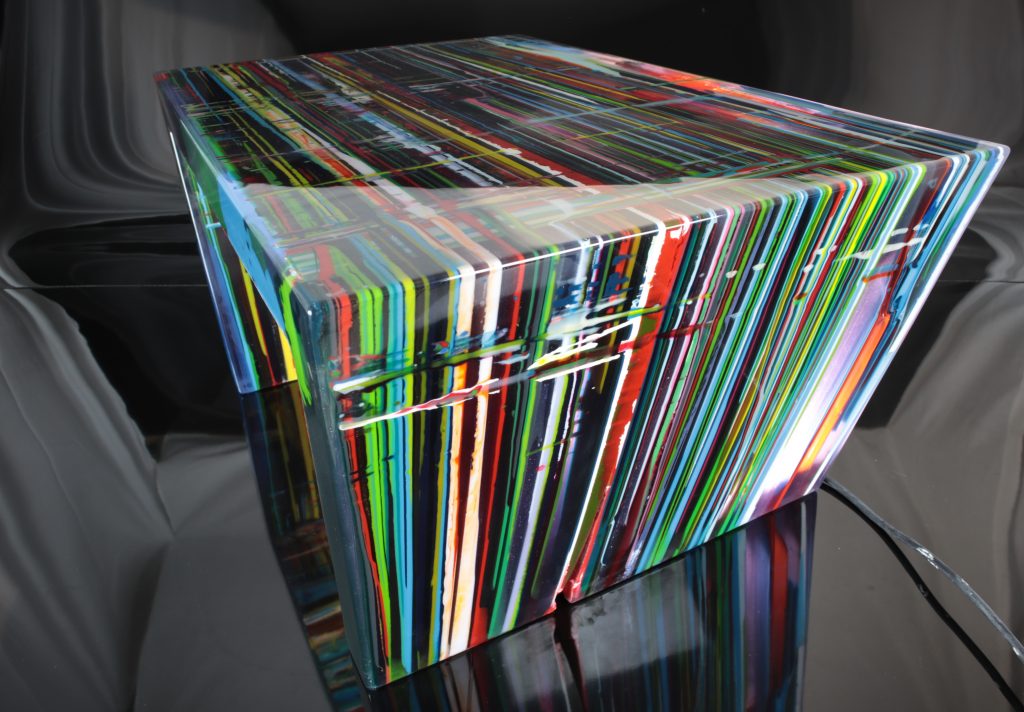 Alan Manach was born in 1975 in Chicoutimi, Canada, to a French Canadian mother and a French father. Raised in the vast countryside of Québec, he quit his studies in science and started traveling the world at 18. Through his wanderings, he used music, writing and photography as outlets.

Having studied joinery in Bordeaux he felt the pull of the Atlantic Ocean and settled in Capbreton in 2006 to become a tradesman. He found himself intrigued by the marks left on his workbench over the summer of 2009. In a conscious effort, he payed more attention to the by-products of his work and their aesthetic value. As if they were entities of their own, he took pictures and shot videos to bring forth their existence and save them from destruction. 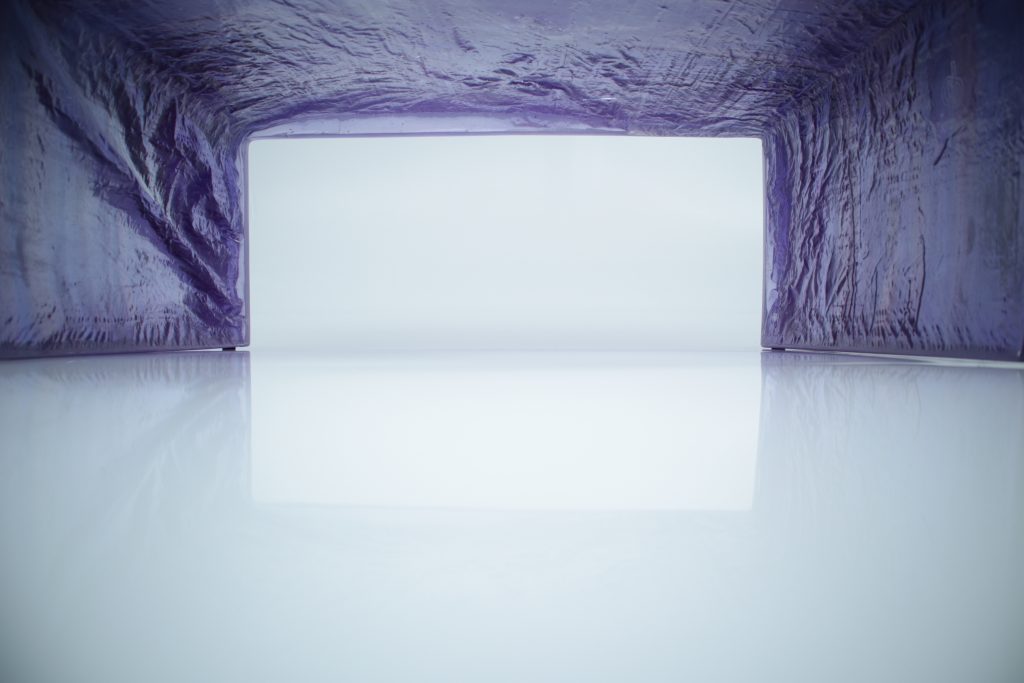 Through the approach that he called Traces of Work, he brought his attention to the work of his friend Zian Glorieux. A surfboard glasser by trade, Zian’s glass room appeared to Alan as « surreal and hermetic ». Alan saw him pour polyester resin over the fiberglass cloths in a calculated and precise manner. Zian’s repetitive gestures seemed as though they were choreographed.

Alan was fascinated by the translucid resin that was slowly dripping down from the workstation and accumulating into plastic bags. It changed colours from blue to purple, according to the light it found. He recalls being « highly inspired » by the resin that went from liquid to solid in a matter of minutes, rendering it somewhat magical. With the insight of Zian, he painstakingly learned to cut, sculpt and polish it as to integrate it in furniture he created. By 2014, Alan’s craft had evolved into a fully artistic endeavour that gave birth to his first stele: Papillon.

Zian Glorieux is a plastic artist who studied graphic design in the early 2000’s.  He wanders from cinema set design to shape rooms, enlightning his journey through an obsession for colour.

With every new experience, Zian catalyses his savoir-faire in the use of tinted resin as much as to incorporate it in his own artistic practice.

In the Thoughts series, snakes literally embody the quickness of thoughts mixing and then solidifying into pigments. An interlaced sign nearing abstract expression, with skin acting as support to the spill of a palette.

An Introduction to Art.
Robin Pailler
Originals
May 16, 2022

In Conversation with Andrew James Peters