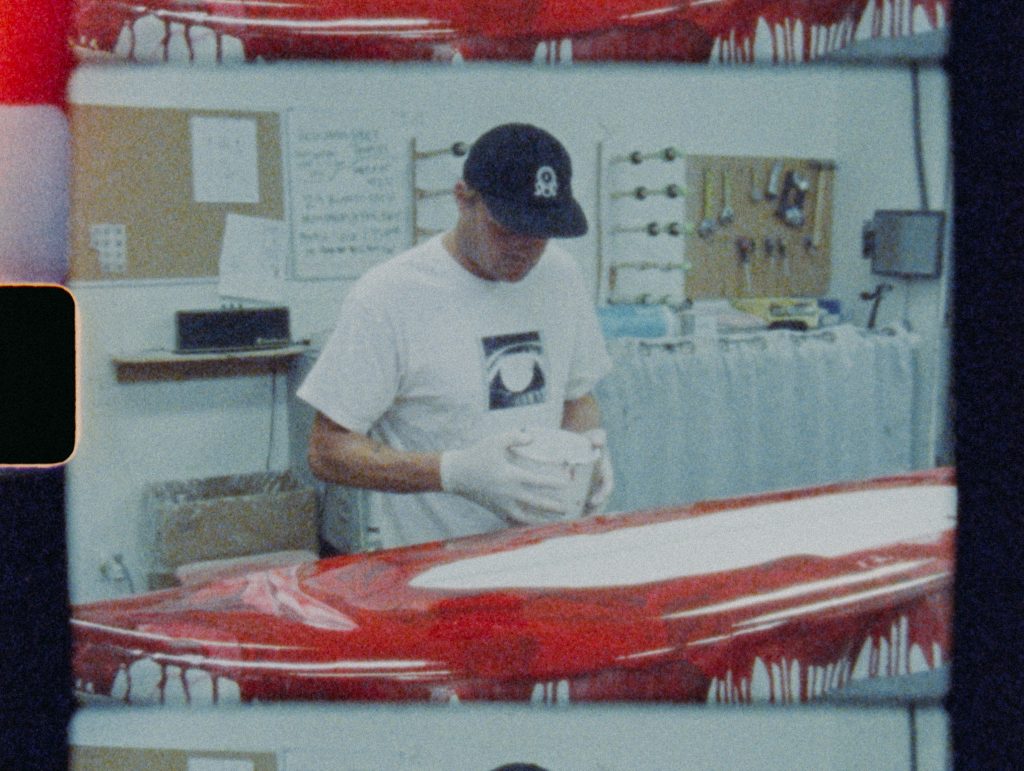 Dane’s boards have always been synonymous with the pinacle of avant garde high performance shapes of not just today, but any day. Protons that looked a little too long, user-friendly Dumpster Divers and chopped down Neckbeards. Easy going sperm whales and the Neckbeard 2. Dane made it all look effortless and by god did we, the surfing masses, gobble it down with an insatiable appetite, only stopping to wipe our mouths with a Summer Teeth t-shirt to ask, “What’s next?”

Well what’s next is now. The Twad. Not really a quad, not a twin but not really a twinzer either. Whatever it is, a stroke of genius. Such resin tints! Only 30 worldwide!

We decided to give Dane a call across time zones to find out more.

So Dane, describe your relationship with CI over the years.

I was buying their boards second hand from my friend that rode for them since I started surfing basically. They used to have these weekly training sessions and then dinner at Al’s house and one of the guys invited me if I could get them a ride there. I thought it was cool as you would see Bobby and other local legends. After doing that for a few months they pulled me aside and said ‘Hey look, we want to put you on the team, you can order boards for 200$ a board – you want to order one’ I didn’t really know what it meant so I said ‘I actually just got a board, I’m good!’. Pretty much I’ve ridden for CI ever since and they are in a really good spot right now with Britt and Scott Anderson and the team buying it back from burton.

You go in there and it’s so cool, everyone is just surfers – it’s all guys I competed against as amateurs, guys you see out surfing. Everyone that packs and ships to working in marketing – they are all surfers and get it and have this energy of trying to make the best boards in the world. 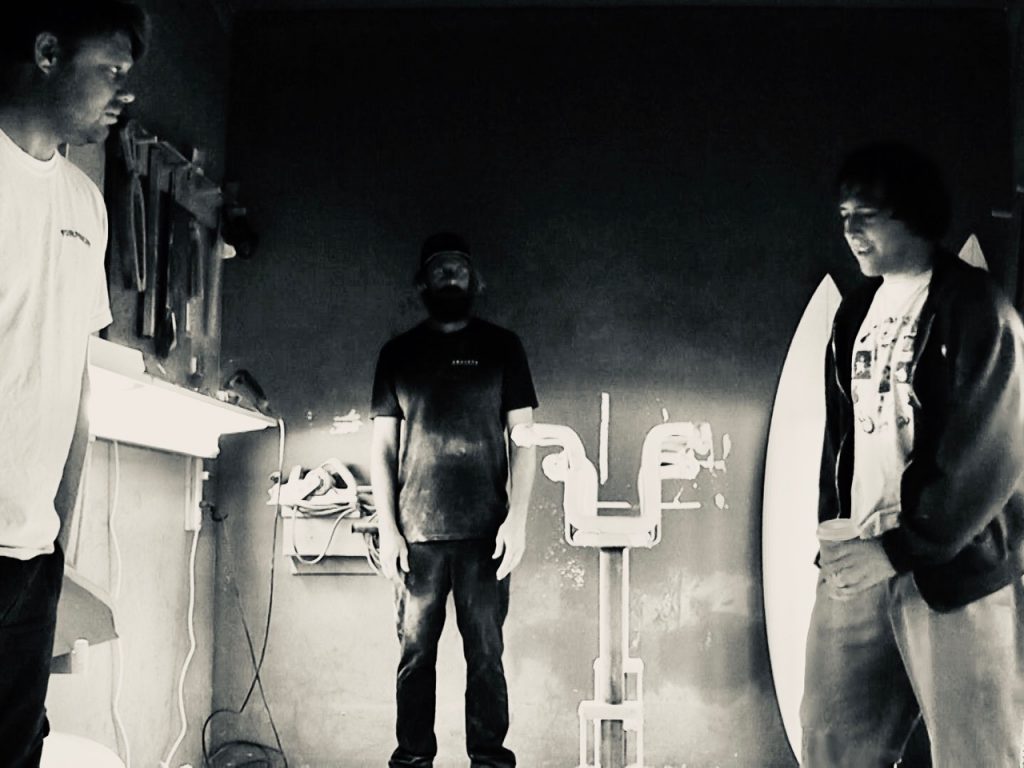 Your boards with CI have been somewhat iconic over the past 15 years or so, would  you say that those have been reflective of your surfing life?

For sure, I even recently grabbed a bunch of the classic boards to ride and make a video. They have this isle of all the note worthy boards and they gave me the ok to ride a couple of them. It’s really interesting to see the ones from WCT days to dumpster diver, neckbeard and then sperm whale. They definitely all reflect where I was at with my trajectory of surfing through life in a way – it’s cool to revisit.

And where did you find the inspiration for these boards?

It’s like music, nothing is really original –  it’s all a reincarnation or building on things you have already seen. Lost had the Rocket, and the Roberts surfboards made a board called the White Diamond which was based from that – I rode it and loved it.  I came home from a trip where the waves were pretty bad and I went to Al (Merrick) and told him that I wanted a little stubby board as I never, ever explored the option of stubby boards because back then it was a weird thing that people would discredit those as ‘air guy boards’, any surfing on a fish on a board like that wasn’t legitimate or valid. Al made me this little stubby board that I took to mexcio after that  – that was where the super slo-mo Quik stuff came from. I came back from Mex for a WCT at lowers and I wanted to ride a stubby board like that but I had to pull in the nose and the tail as you couldn’t get scores on a board like that. It had to appear that it wasn’t a fish – and that became the dumpster diver.

The sperm whale came from a single fin board that Al Knost made me, but I don’t like single fins so I wanted a board like that but a quad. It was basically my fucked up version of that, it’s such bad craftsmanship. That thing is absurdly bad. I would take it on trips and ride it. I felt like out of the modern collective time and that crew that I was behind the ball and those guys were surfing better than me. I would take it on trips and ride it exclusively; it would kind of be my excuse of not getting clips and riding a fish to take the pressure off. 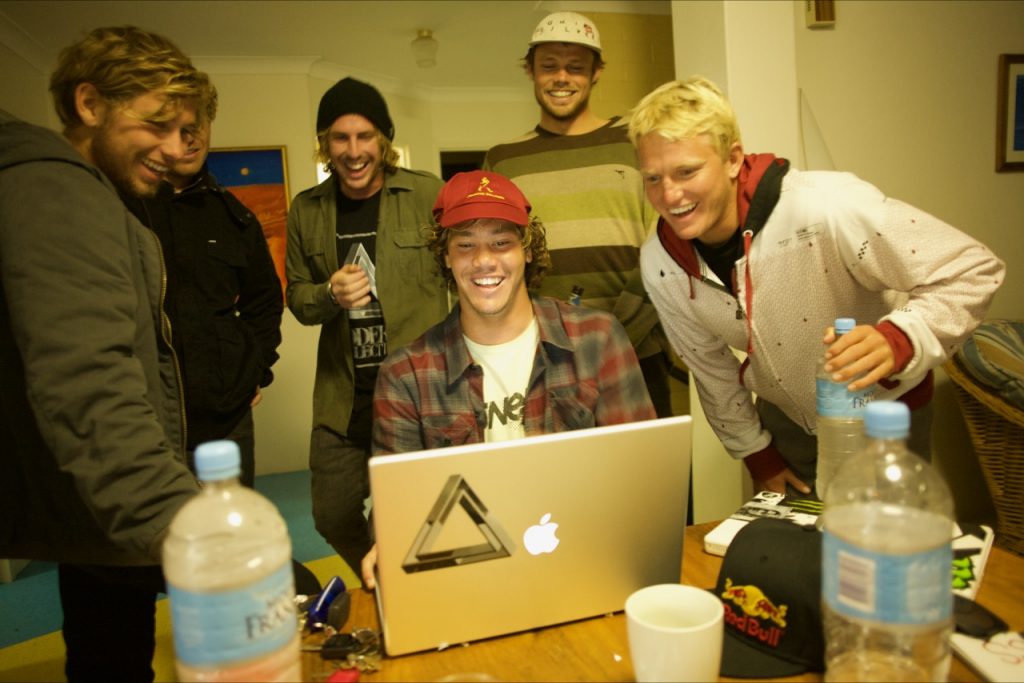 Did you genuinely believe you weren’t as good as the guys at that time?

That’s been a driving force throughout my whole career. I started surfing later than my friends so I always had to try harder, go early before school – every single guy That drive my determination from a super young age – I wanted to be the best out of my friend group. I always felt I was the one falling the most and not getting clips. When I look back I do feel I was a little hard on myself.

How did the idea for this board come about?

So the idea for a Former X CI Colab came up as no other company had done it,  and I felt we could do it authentically. I made a board with Britt a few years ago but it was too jacked, I was inspired by a Ryan Burch board I rode on Stab’s Electric acid test a few years ago but I didn’t want to make it look like that as his shapes are so original and iconic. But I took a few things away from riding it – narrow straight rail lines, curvy rocker in the centre and had the idea of making that with a twin with an extra bite.

I tried doing a twinzer first, where a smaller fin leads the big fin but I couldn’t get it right at all. So I placed the back trailer behind the big fin so we called it a Twad. We had Andrew Doheny in the shaping room with me and Britt to discussed ideas and shapes for a while. I wanted it to look real space agey and sharp edges everywhere. 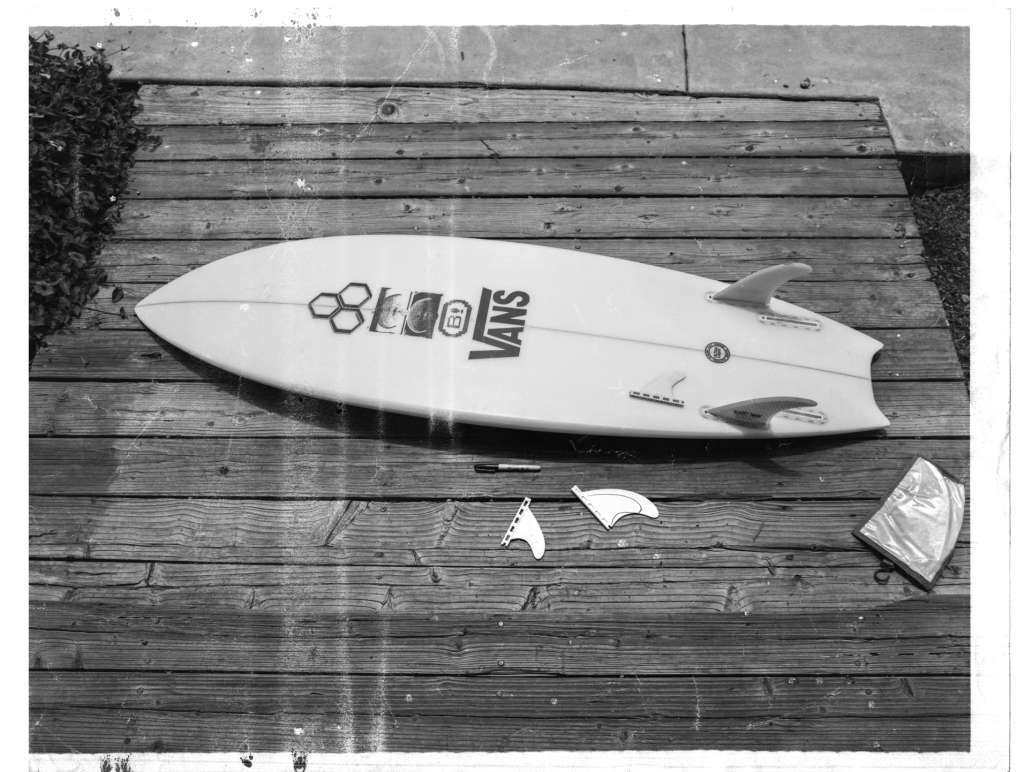 I guess it’s a moontail. It’s odd as the tail actually ends two inches before it does, those side bits are like an extra grip behind the fins into the face. I guess you call it moon but the points on the edges add a little length.

We went with a flat bottom, it’s a different feeling where the board glides over the water rather than having the water directed via the concave. But with the extra twin bite it still has bite. There’s been a lot of trial and error, not even fine tuning – pretty big adjustments – The final version is really fun!

When we shot with you at home in 2020, the board you were fine tuning doesn’t look too different to the board we have now…

Yeah! Well it’s been about 5 incarnations from there and probably 3rd or 4th before then. Dialling in fin placement was big as you are trying to blend a twin and quad so you are moving fin placements a lot. Some boards had them moved 3 to 4 times. The board started as a smaller board like a 5’6 stubby but we’ve stretched it out to be ridden one inch shorter than your normal shortboard, with the rough same volume. My shortboard is a 6’0 and I ride a 5’11. 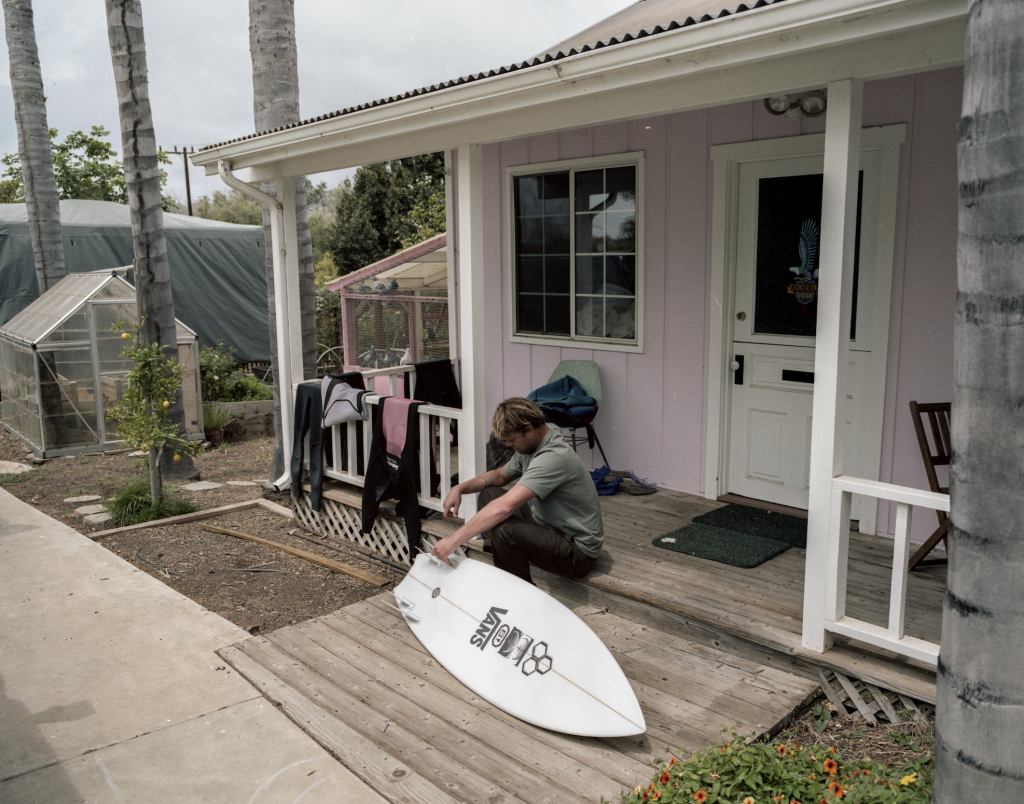 We’ve heard you are a bit of a stickler for fin placements.

For sure, I never really got into it until 5 years ago. I never knew how important it was. I always rode glass ons and was one of the last guys to move off them so when I did start getting into futures fin boxes I really go into it.

So how would you describe the nuances of this board, how does it surf?

It sits on the surface really well. You don’t realise how much different a flat board is until you ride it,  as 95% of boards have concave under the front foot. It feels slick, slidey off the front foot and tons of grip off the back foot. Definitely fast and carries a lot of momentum through turns. I wouldn’t say it’s a groveller – it’s for good waves, you would want to take it to morocco or something like that. It’s not floaty, it’s more space age!

What’s the thinking behind just having a limited run of 30 worldwide.

We wanted to offer it as something as a really exclusive run and it being something we could revisit in the future if it goes well and full scale production could ever catch up. I’ve never really seen a board released like that. I was really driven by having that initial run of them coming out high end with the resin tints and just available though small key outlets –It’s a really special board. 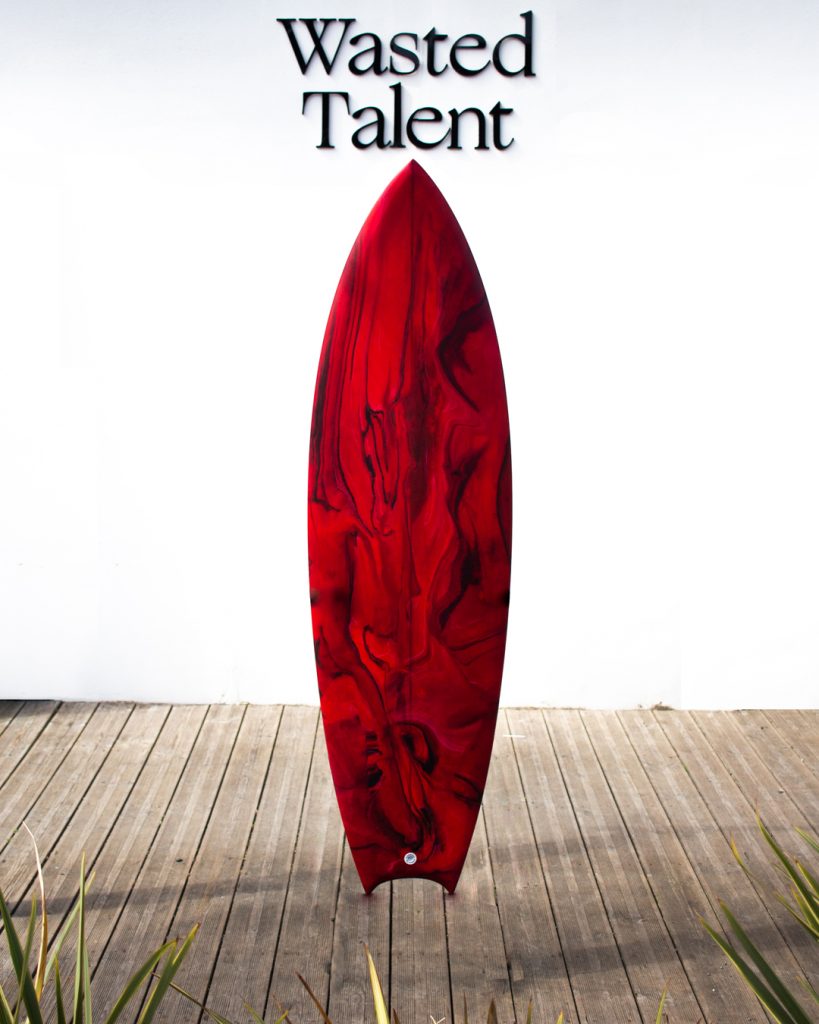 In Conversation with Tom Lowe

A catch up with the subject.
Josh Barrow
InterviewsOriginals
October 14, 2022

In Conversation with Ballet’s Jamie Krups