’22:22’, The latest installment from Erwin Bliss & Yentl Touboul, supported by our good friends at RVCA.

Damp tubes in Central America, windy Caribbean ramps and back up to the old Atlantic faithfuls, France & Portugal for good measure. Following on from the premiere hosted under our very roof, we decided to have a quick chat with nos deux préférés, Erv and Yentl over a cup of tea and a slice of cake for some intel on their latest passion project.

“The number 22 has been popping up my whole life. Every time I look at a clock, every time I look at a screen, I swear it always has 22 on it. I was born on September 22nd, I met Camille, my girlfriend on the 22nd of the month and more recently Yentl and I filmed our most productive session on a 22nd… We’d been talking about what to name this piece for a while and thought this was fitting. When Friday the 22nd of April was coming up (and it being 2022) it seemed like the perfect opportunity for a premiere.” – Erwin Bliss 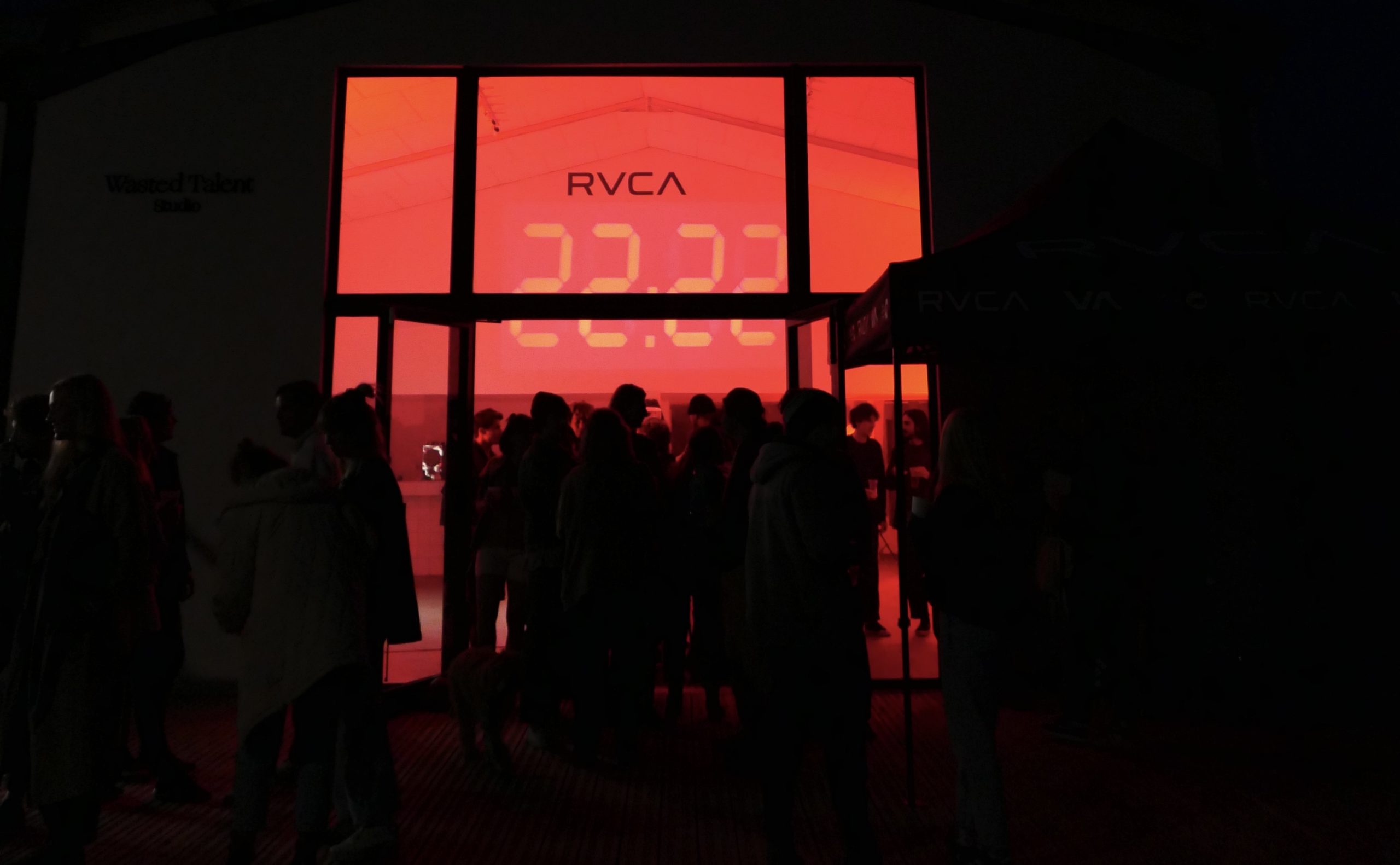 “Ever since we decided on the name I had always envisaged those numbers on a digital clock or some kind of timer ticking down. Something which could belong in a science fiction film… From there I guess that’s what fed the whole idea for the urban vibe, the soundtrack, old tv screen and pixelated close-ups.” – Yentl Touboul 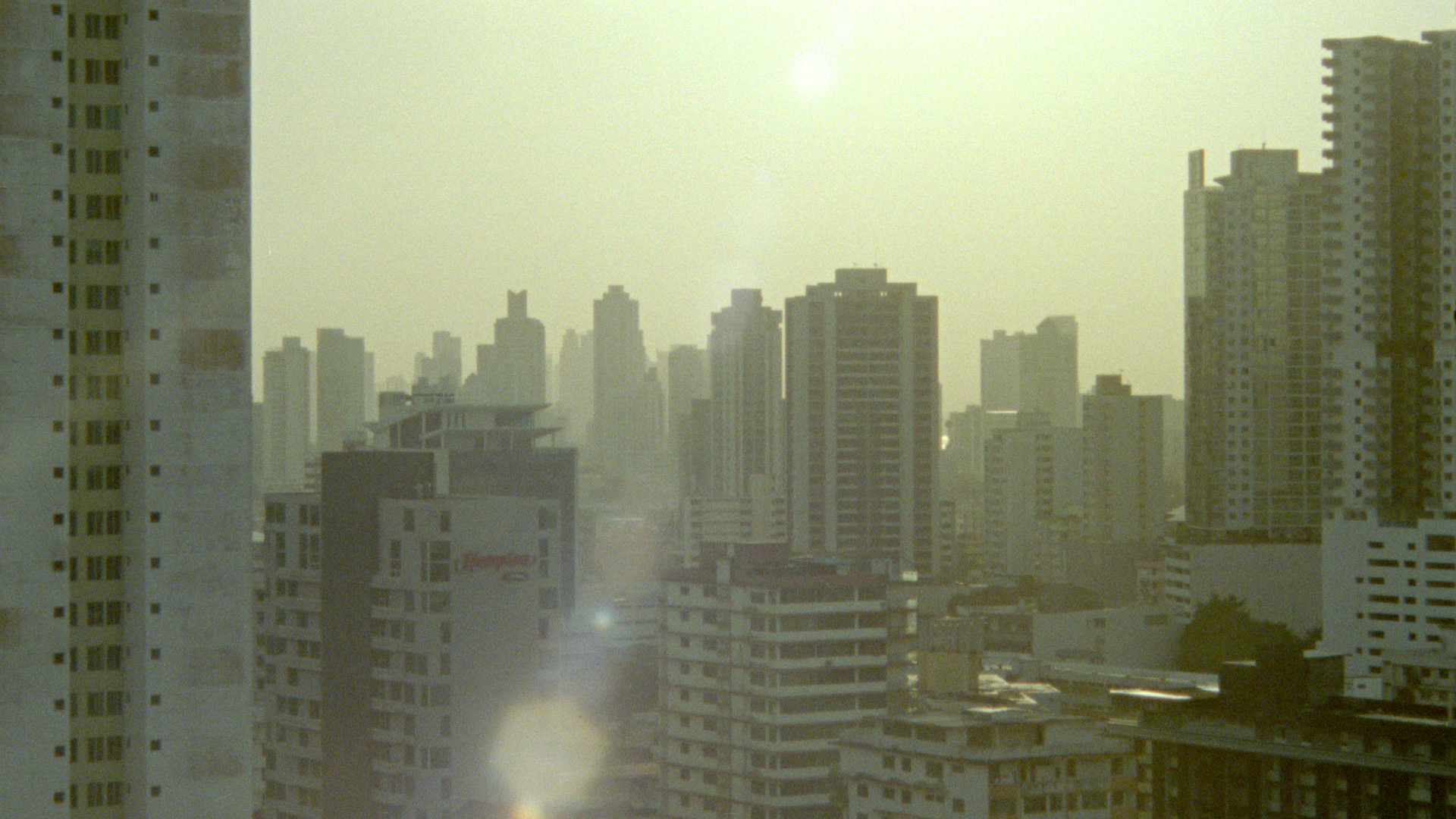 “Erwin had mentioned Central America for a while, and since it was one of our only options because of all the travels restrictions, we decided to give it a go. During our transit, we found ourselves in the craziest concrete jungle. It felt like Gotham city. I remember we walked up on to the roof of our hotel and there were just sirens everywhere and sky scrapers as far as the eye could see. I guess that’s something which fed the dystopian feel of the video.” – YT

“I’d have to describe it as a Ghetto Dubai” – ET 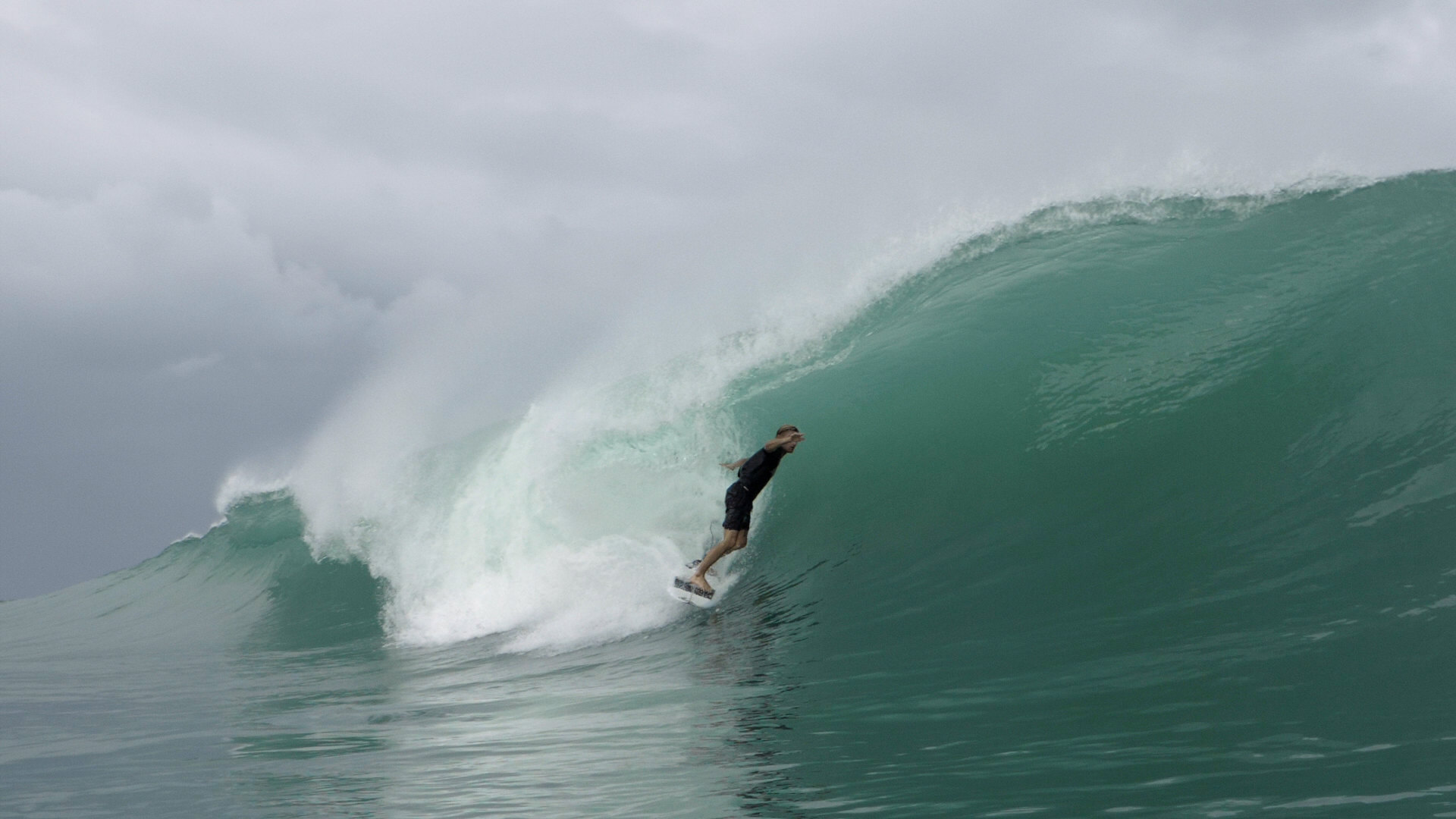 “We were watching this clip of Chippa (Wilson) and Nathan Fletcher from a few years back. It looked like they scored crazy waves and you can see there is no one around. It looked like the kind of wave I really wanted to film at so that’s how it came about.” – ET 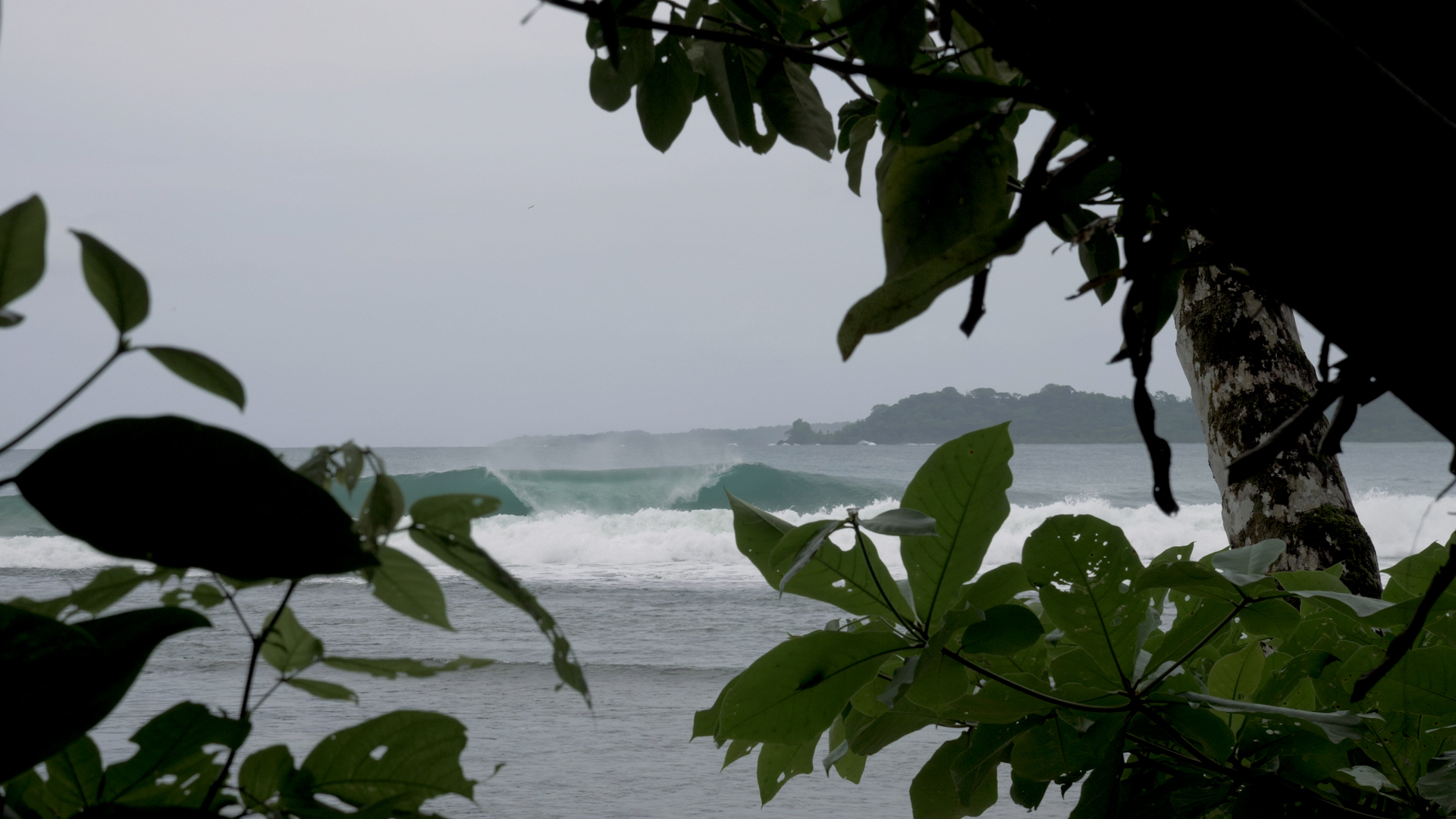 “After searching for information about the place, it turned out it was the worst time of the year to go there, as we were in the middle of the rainy season. Although it was summer in France (read flat and crowded as hell) so when we saw a blob on the chart we just went for it. We both come from Caribbean so we’re used to heavy rain, but none of us were ready for that. It literally rained non stop from sunrise to sundown. When we first arrived the whole town was flooded, and rivers were running across the streets.” – YT 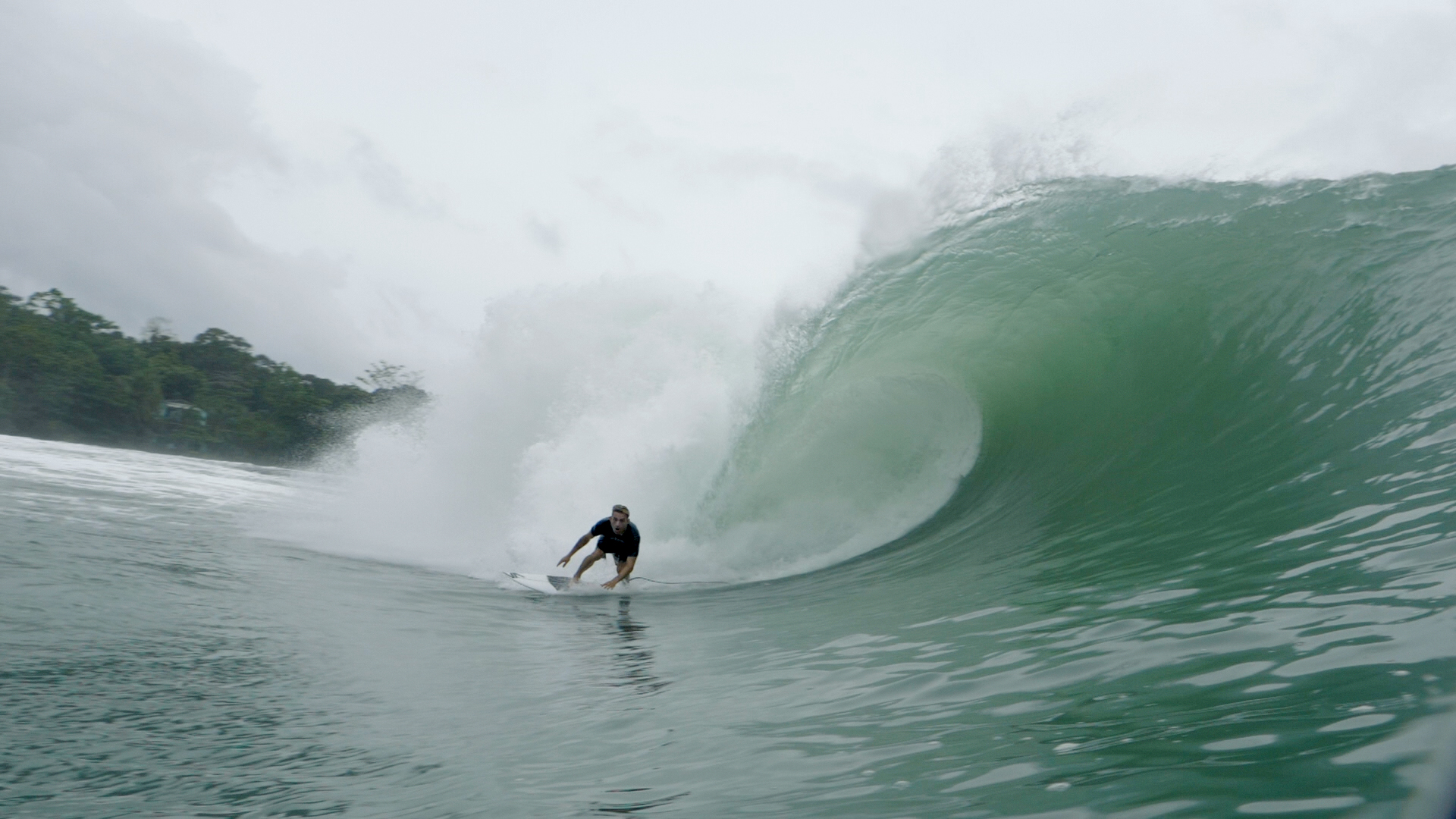 “After scoping the zone for a couple of days and waiting for the swell to arrive we pulled up to that reef with perfect tubes and no one out. It was the first time the rain had let up since we’d arrived so I took my chance to film from the shore. Erwin got a couple that session and then the rain returned so heavily that I was unable to film from the shore so I just filmed from the water the whole time. I’d leave the hotel in my wetsuit with my housing set up, walk under the rain, film under the rain for the whole session, walk back to the hotel under the rain… I was so worried for my gear the whole time. We were staying in this hotel, and in one week two guests had their MacBooks fried because of the humidity. I bought a huge bag of rice from the local store, poured it all over my hard-case and stashed my all my gear in it every time I wasn’t shooting.” – YT 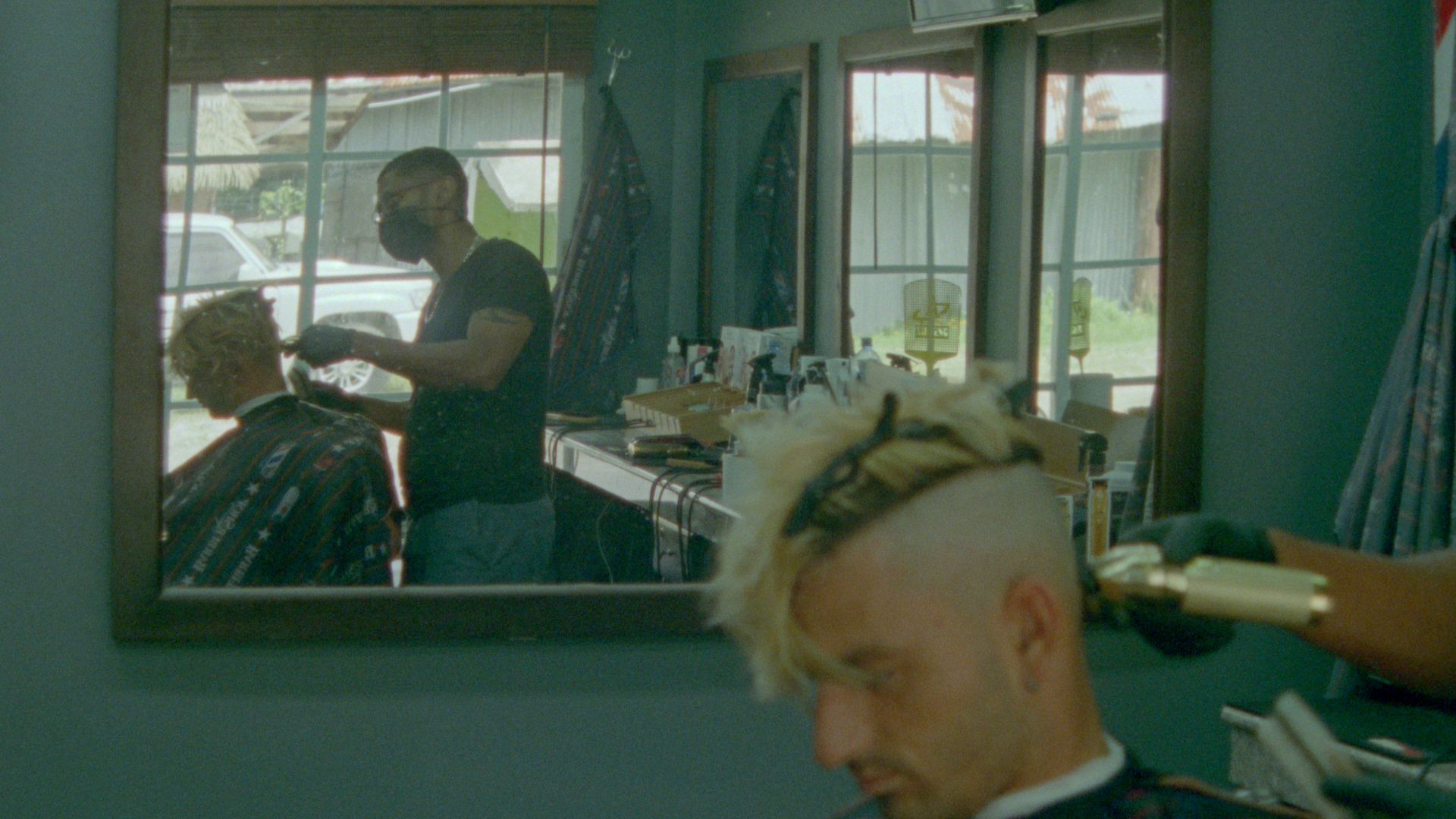 “Truth is I’m starting to go grey on my sides which probably comes from all the stress and resin (Erwin shapes surfboards when he’s not surfing). That’s why I always dye my hair… or have a weird haircut. At least once I’m fully gray I’ll just be able to die the grey hair and not bother bleaching it first!” – ET 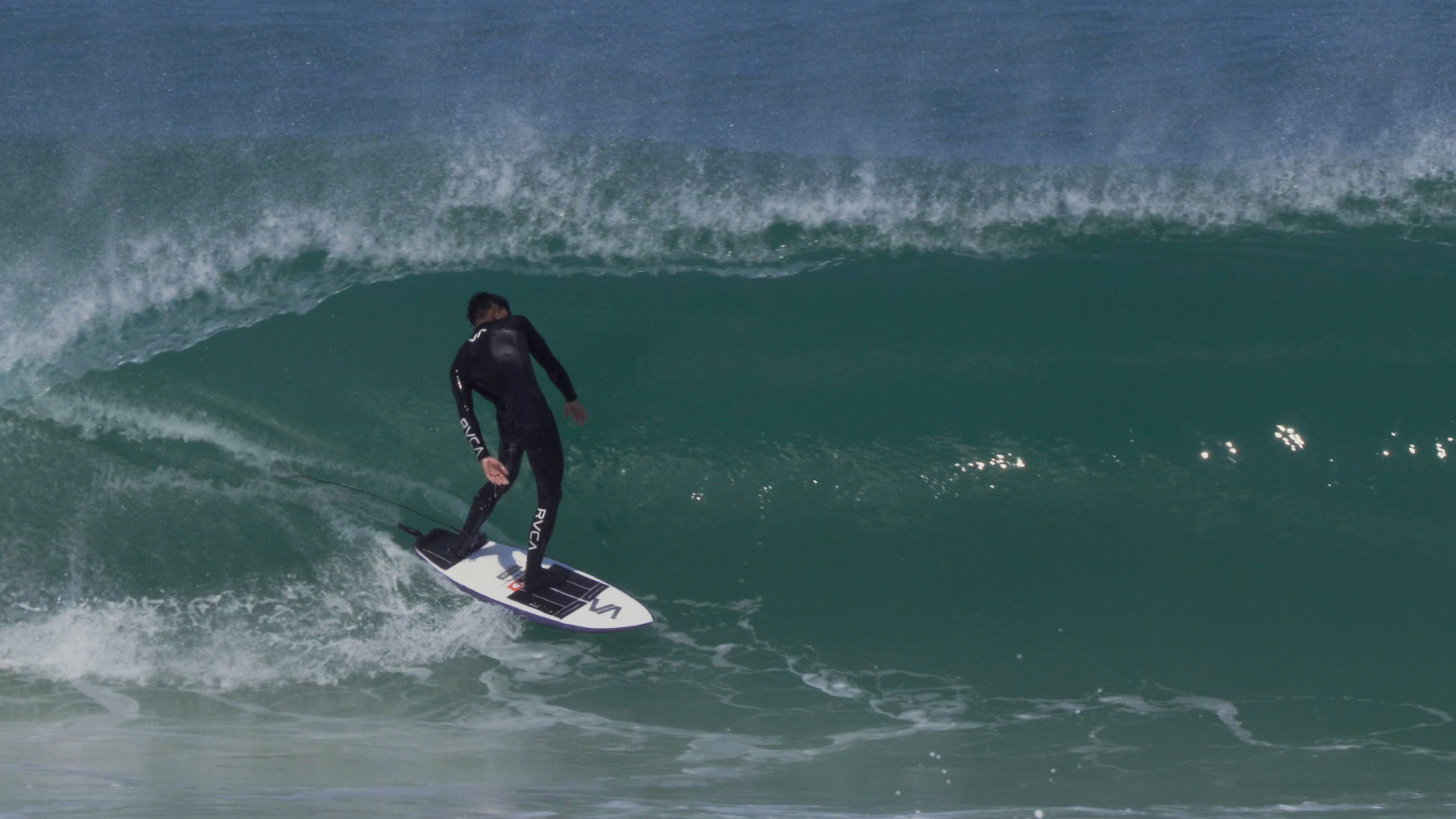 “Erwin and I live in Hossegor so we’ll try to connect every time there’s a session worth shooting, but honestly Europe is a real problem nowadays… finding spots that have nobody on them is pretty much impossible. In reality the amount of coastline/number of surfers has become so gnarly compared to other places in the world. The last decade it’s been noticeable but in the last 2 or 3 years it’s just become crazy.” – YT 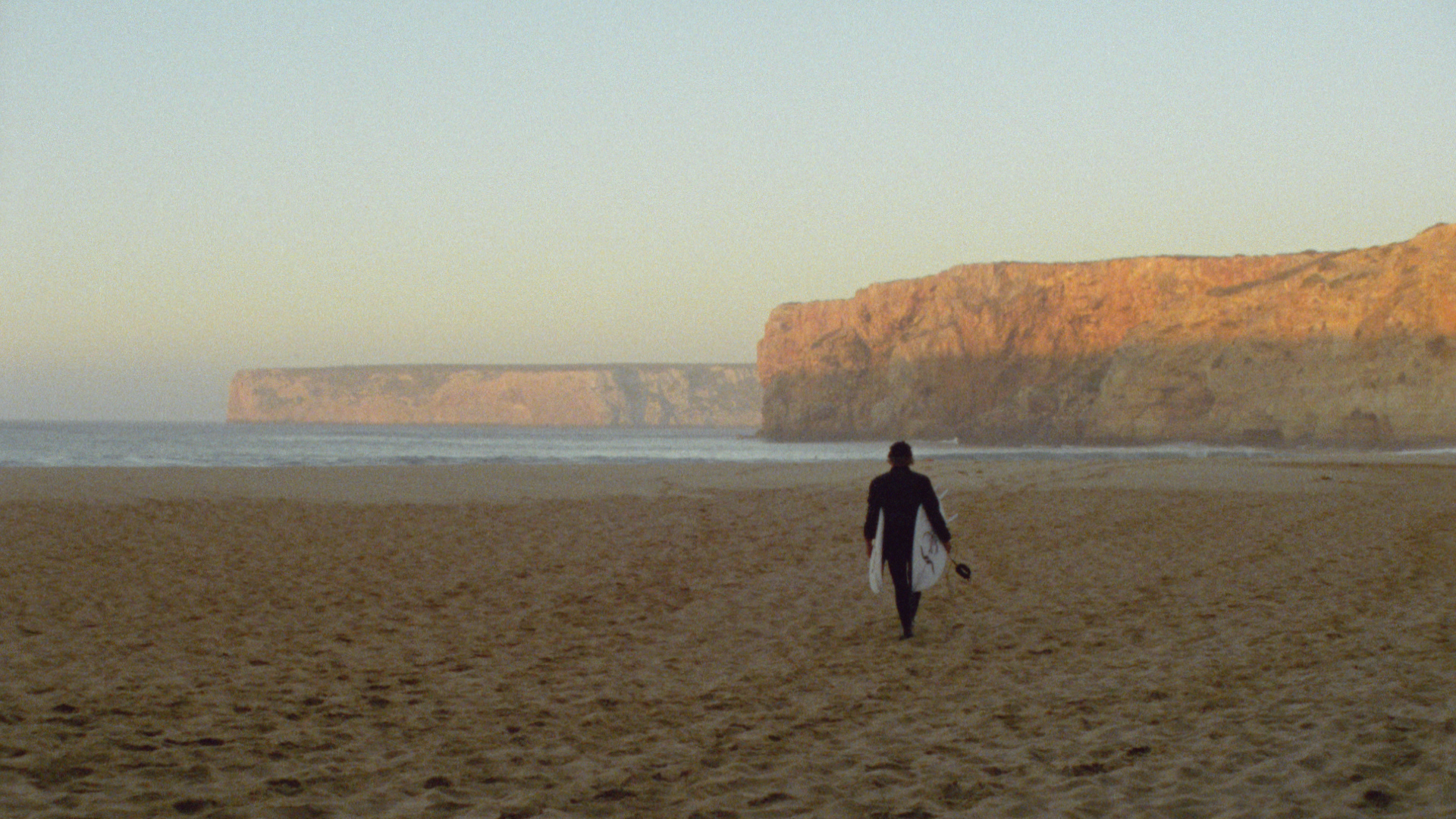 Portugal is our favourite place to film in Europe… That’s where we filmed most of the second part. We went down there twice and scored a few fun waves around Lisbon but nothing crazy and then on our second trip everything just clicked and we got a lot of good clips. Probably one of our most productive trips we’ve ever done together. In 2 sessions we got more clips than one year in France.” – YT 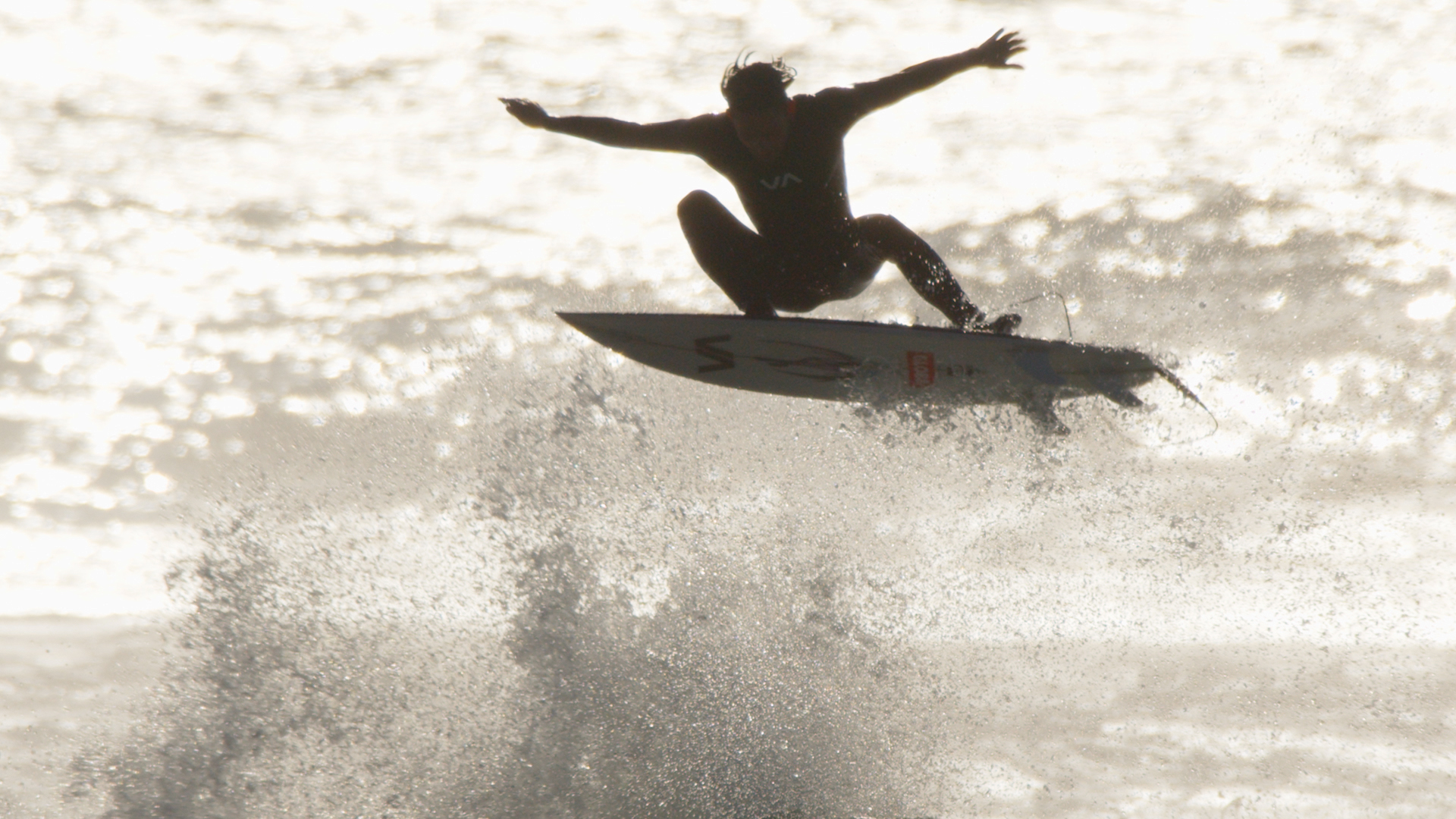 “It felt like the song selection came naturally… When you spend so much time on the road together you have a pretty acute sense of what one another likes and want to portray through these projects.” – YT

“No reggae or Jazz for my parts. No dubstep either… Acid core maybe?” – EB 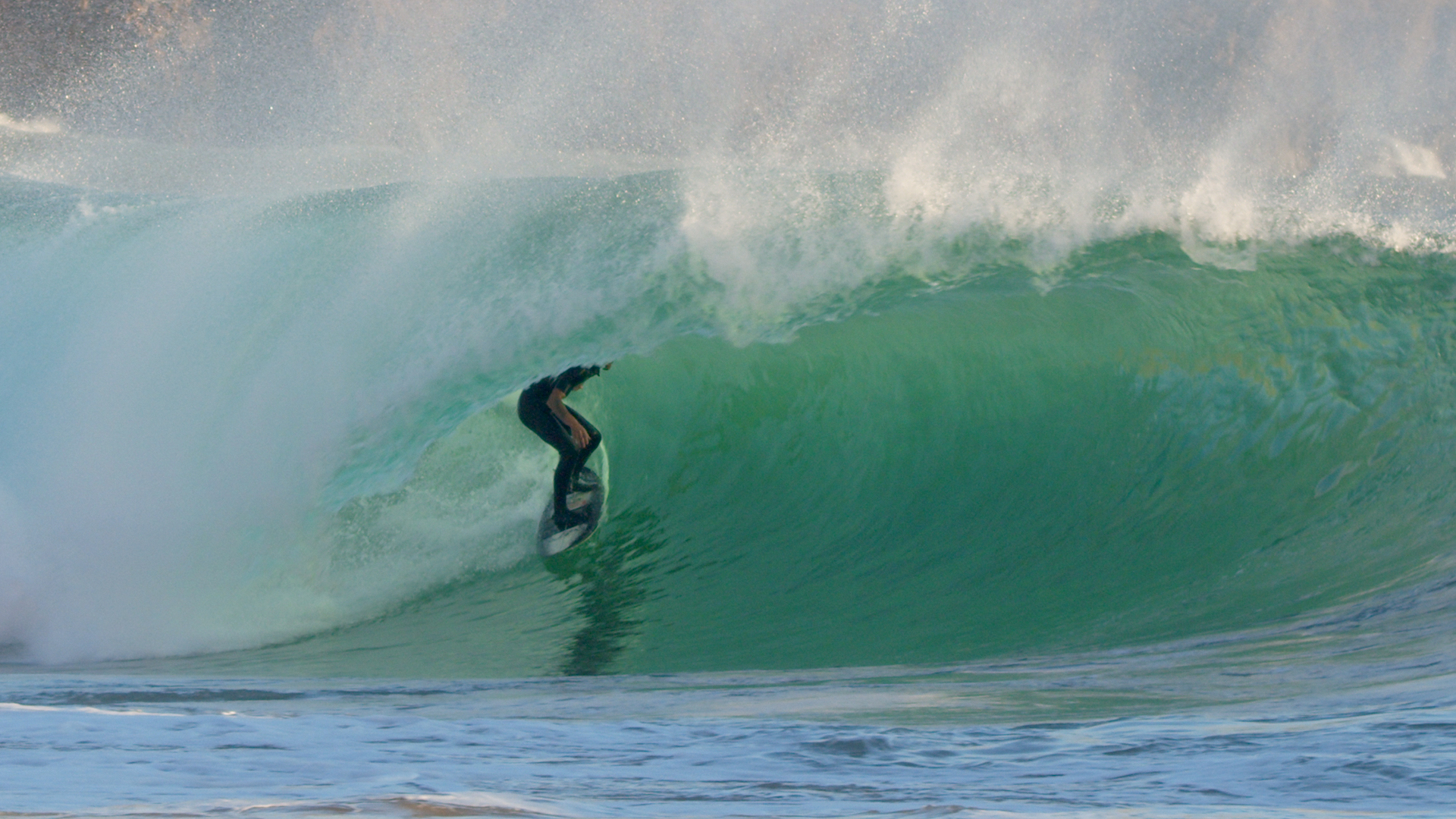 “It’s weird how you can get in these weird dynamics when you’re filming with someone a lot. With Erwin you’re normally filming a session and you’ll have to wait a few hours to start getting clips. Then again other times he’ll get his only clip of the session on the first wave. We also went through this phase for months where every time he would go for a wave a cloud would come overhead at that very moment he’d be in the shade. All the keepers would be dark and with shit lighting and colors. I feel like we’ve gone past this phase and things clicked was more easily during this project.” – YT 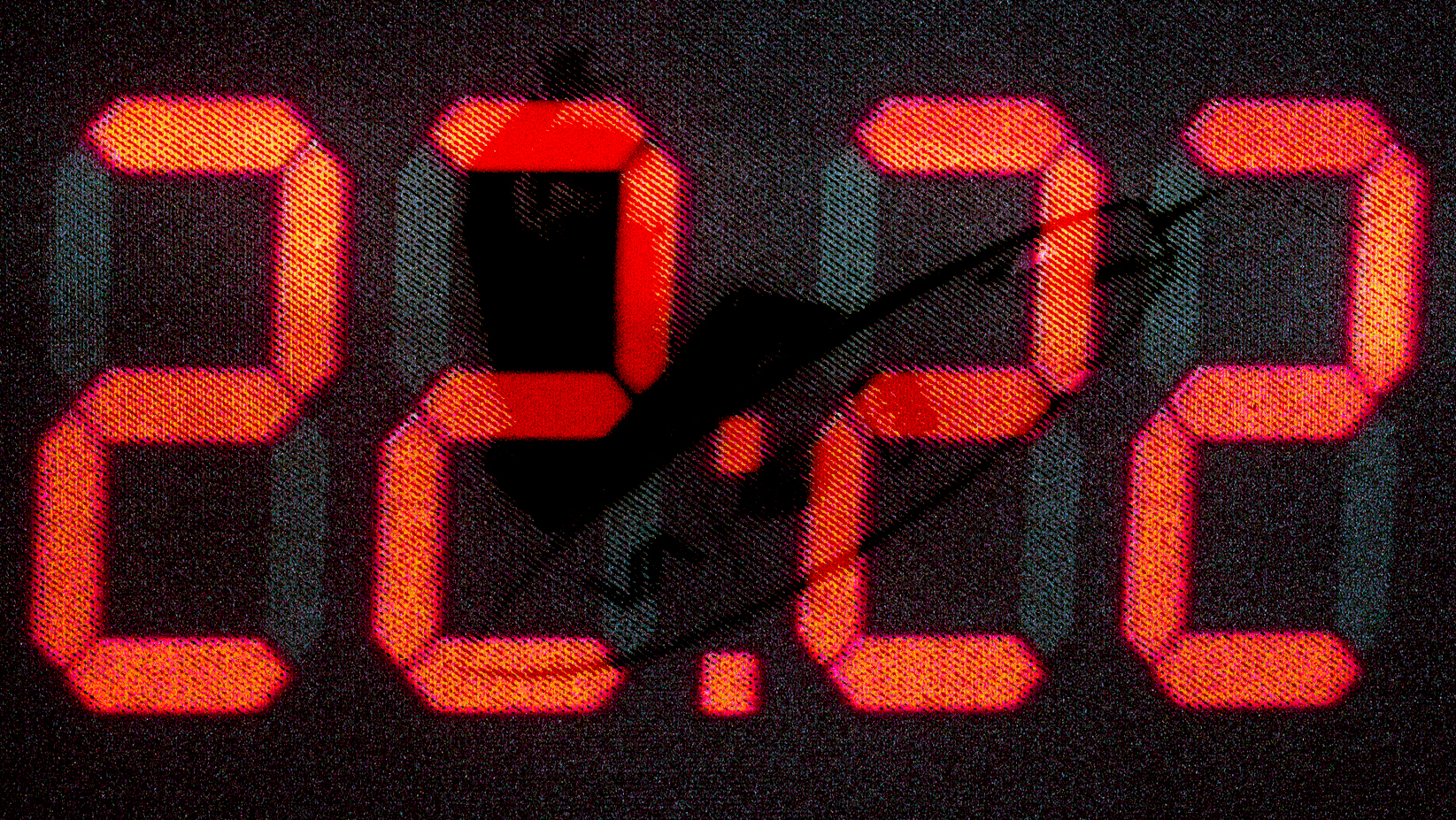 “I’m already looking to my next project… There’s no real concept or idea yet, I just want to start stacking clips. I’m finally back in Australia and now I just want to try and find the best waves I can over there and just film… We’re still discussing the concept but for now I’m focussing on linking with filmers here and getting clips in the bank. We also have a project in mind for when I come back to Europe this winter.” – EB