Skip to main content
Close Search
Back to Originals Next post: System Is Yours: BTS with Craig Anderson

For the latest episode in our Not Here By Luck series with Nike SB we had the pleasure of hanging out with Julie Betrix.

Hailing from Annecy, in eastern France, Julie, like many of her peers, began skiing in the mountains but was quickly inspired to take up skateboarding by her childhood friend and neighbour Lucien Genand at the age of 15. It wasn’t long before she was introduced to the local scene and before long, hometown heroes ABS skate shop  made her their first female sponsored skateboarder. It wasn’t long before she also garnered the attention of Bordeaux’s finest Rave Skateboards, who quickly began flowing her boards.

We spent a weekend enjoying the fruits of her hometown Annecy before heading to Lyon, where Julie’s been studying for the past three years, to skate some spots she’s been keen to film at for quite some time.

Equally at home with slappy grinds as she is with flip tricks, her fearlessness, drive and determination is intoxicating. There’s no doubt she’s rapidly becoming a staple of the French skateboarding scene, whilst paving the way for the next generation of female skateboarders.

Keep an eye out for our full interview with Julie in our upcoming print issue. Coming soon … 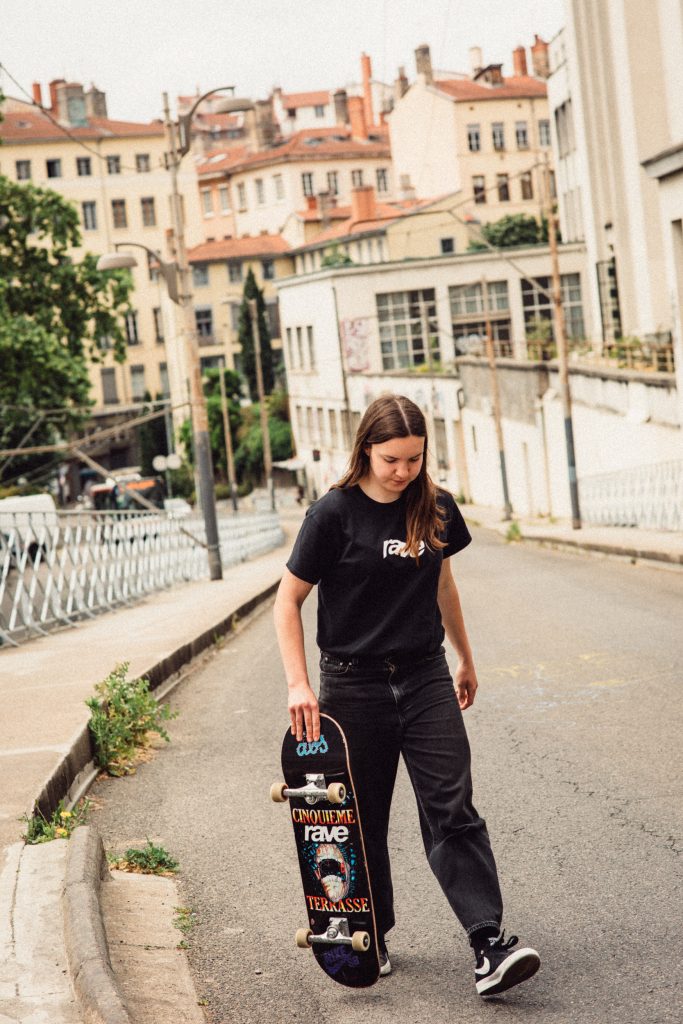