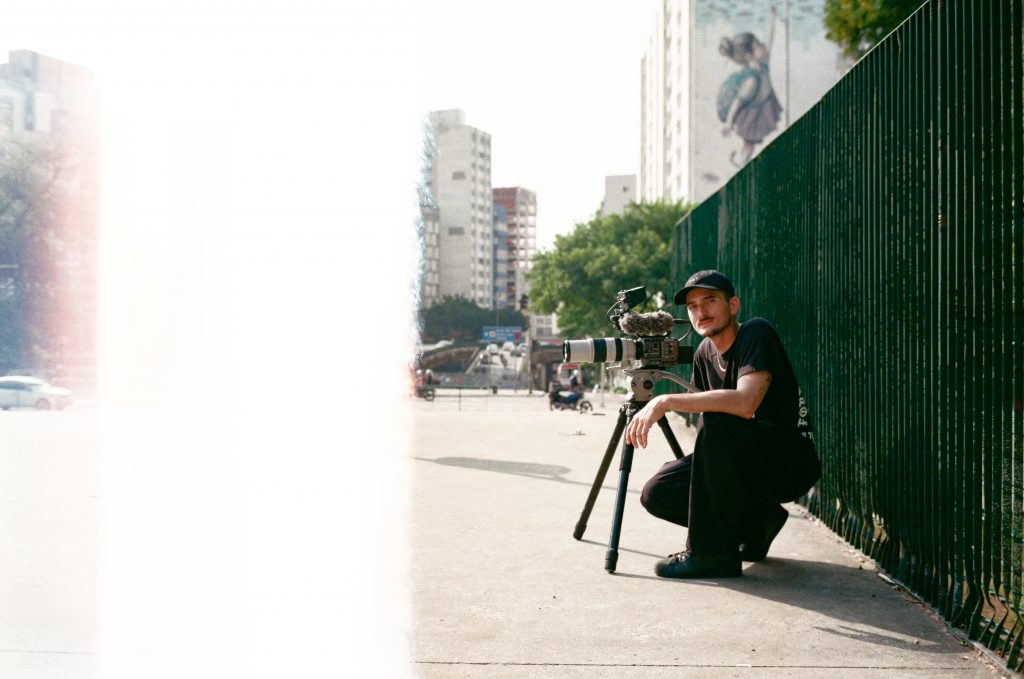 Our latest film club entry is from a man we’ve admired from afar for quite some time, Monsieur Tyler Smolinski.

If you’re unfamiliar with Tyler’s work, chances are you’re not. You just haven’t realised it’s him. He was instrumental in assisting Jason Hernandez on Nike SB’s GIZMO, and has been consistently forging his own path before and after, most notably through his work for HUF. Whether it’s trip videos, (ATL is a standout) or his expertly crafted introduction clips, Caleb, Carl & Erik and Cyrus to name a few, Tyler’s work somehow always feels fresh, whilst retaining nostalgic overtones reminiscent of vintage Greg Hunt or Joe Castrucci.

Naturally we had to ask for a film selection and after much persisting (Tyler’s a busy man), were thrilled to receive an epic mix of fiction and documentary from some of filmmaking’s greatest auteurs, with many available to watch in full via the tube.

Late to Tarkovsky. This was the first film of his I saw. The whole sequence of Domenico burning himself alive in the town square is stuck inside my head. Been trying to collect all of his films on dvd.

All of his work is inspirational to me. I end up rewatching this film a few times a year.

I had heard of this documentary a long time ago through the photos of Mary Ellen Mark. Just recently saw the film. These street kids’ lives were pretty bleak. Authentically captured and cut by Martin Bell and Nancy Baker. Miss seeing docs shot entirely on film, he supposedly shot 56 hours for this project!

Marc Singer lived with the homeless underground in abandoned NY subway tunnels. Great to watch with director’s commentary on. He overcame so much to get the film made.

I listen to this (Neil Young) score frequently while driving around Los Angeles. Simple and powerful. Mystery Train might be my favorite Jarmusch film though.

In the meantime go check out more of Tyler’s work here.