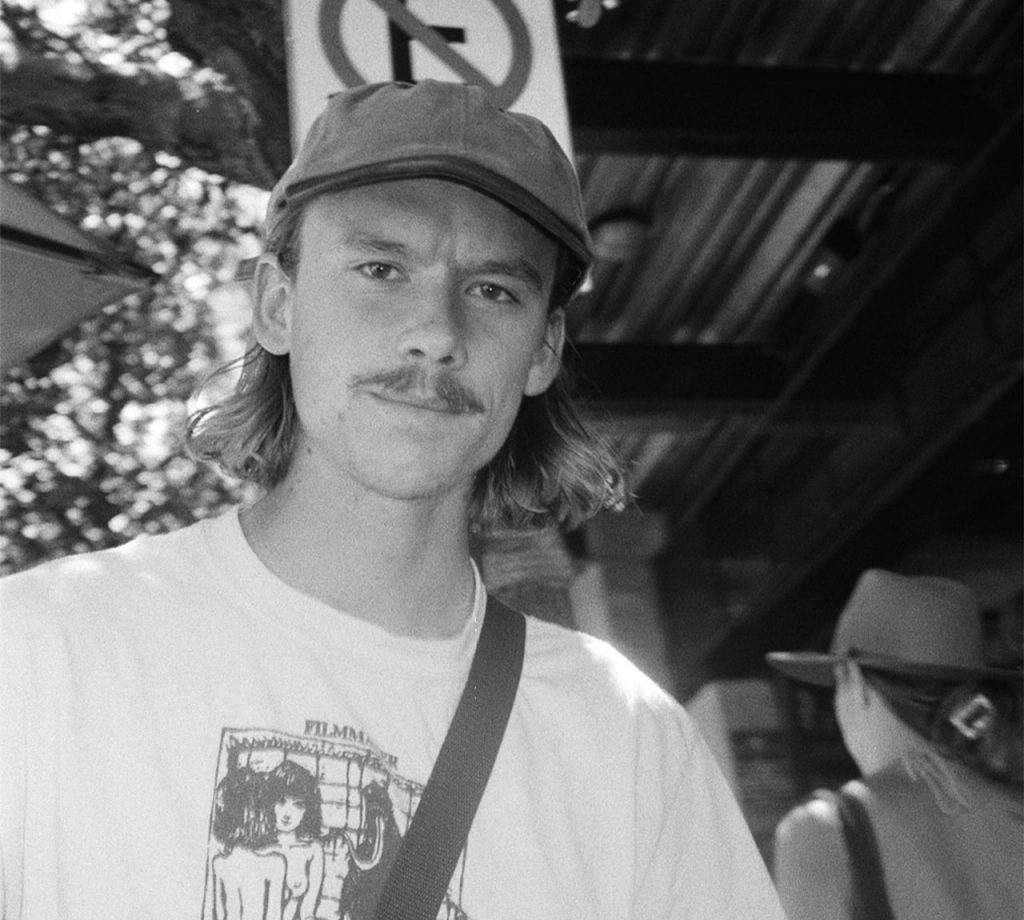 I’ve got a lot of time for Cole Walton.

The guy’s a sweetheart. But if I had to choose one word to describe him, it would be ‘prolific’. The dude’s a workhorse. Barely in his twenties, Cole’s portfolio of work is impressive to say the least, having worked with the likes of Alex Knost, Grant Noble and Ryan Burch to name a few.

But it’s Cole’s aesthetic that really stands out. Often shot on DV and feeding off 90s nostalgia, there’s a visceral aspect to his self-funded work that feels fresh in an age dominated with ultra high definition and slow motion.

His latest video features Gunner Day, as well as Nick Melanson, and might be his best work to date. Gunner obviously rips but it’s Cole’s frenetic editing and impulsive cuts that really make it special.

So it made perfect sense to reach out to one of the hardest grafters out there and find out a little more.

Cole: 2023 feels like a ton of famous people have passed away already. RIP Gangsta Boo.

How was your 2022 overall? We obviously met in Sayulita in April, but what you been up to since?

Been working on projects and traveling a ton, definitely my most traveled year. Spent a lot of time in New York so that was really fun, love that city. Started dating my girlfriend and that’s awesome cause she makes sure I stay alive.

How was your trip to Europe in the summer? Was it pure vacation or did you end up shooting a bunch?

Europe was cool, tons of other people traveling out there and that stressed me out a lot. But was really nice to see all my French homies out there. Definitely didn’t shoot as much surfing as I thought I would. But shot some other stuff that I’m really happy with.

Before we delve into your work, can you give us a little history lesson in how you came to shoot videos. What was your journey to end up where you are today?

My Dad made homie videos when he was younger so it was around me all the time. I saw Polyester (Jack Coleman’s first film) and I wanted to make my own surf video. My Dad had a VX2000 and I took that and it’s been my main cam ever since. Shoutout to Ryan from Lograp and Tony from Crap for giving me chances and answering all my questions.

So tell us about your latest release. Gunner Day. Seems like a rad dude. How did you two meet and decide to work on the project together?

Gunner is the most amazing surfer I have ever seen. I met him while filming with Nick Melanson and he ended up with so much footage from trips we did that I had to make a video. We have a ton more that is in the hands of another video dude but he’s slacking. He’s got two months till we take it back and make another one. He knows who he is.

Delving into your aesthetic a little. You choose to shoot mostly on DV/Hi-8. Why that format?

I started with a VX and I just think it separates my videos from all the other surf videos that are put out every day. It’s easy to tell when I made something. Also I love that era of camera because they are so simple to use.

Your work always stands out for its technical glitches and nostalgic effects that recall videos from before the millennium. How much time do you spend tweaking and creating those effects?

I spend way to much time on them and I still put out videos faster then most the surf industry. #humble hahaha!

You’ve built up quite a portfolio already having worked on videos with the likes of Alex Knost, Tom Morat, Grant Noble and Ryan Burch. What’s been your favourite so far?

My favorite video for the actual product was the video with Knost, but for the whole process was probably this video with Gunner cause of how many memories I have with him making me cry laughing.

What have you got planned video wise this year?

I have a big change to my “brand”, sounds really dumb but I guess that’s what it is, a video project I’ve wanted to make for awhile linked with that change and maybe move to New York for a bit.

Who would you love to shoot a video with if the opportunity arose?

Creed Mctaggart, Beau Foster, and Shaun Manners. Been huge fans of those guys since I started surfing. We could make it a Wasted Talent video, c’mon pull some strings guys! Hahaha.

Any words of wisdom for people out there looking to shoot independent projects?

“Just Do It”- Nike hahaha naw uhh, save up some money and don’t let a company change the video. Stay self funded and broke or find companies who are down. Oh and don’t watch surf videos, find inspiration in other types of videos.