“I returned to Cape Town in June 2022 after living in California for ages. Upon my arrival, my top priority was to check the waves at Misty Cliffs, mostly for nostalgic reasons, because that is where I grew up surfing. As I made my way there, I saw a lone surfer in the water and a cameraman on the beach. Misty Cliffs is an interesting place, the waves there are consistent but incredibly challenging. It’s rare to see someone surfing there, never mind an energized youngster with an attentive cameraman. Surprised by this odd couple, I waited for them in the parking lot. That was where I met Eli Beukes and his father, Pete. It was this unusual introduction that made me curious. I wanted to know what kind of mission they were on.

I joined them on many surf trips this past winter around Cape Town, mostly accompanying Eli in the water, but also teaming up with Pete and filming some of the action from the beach. I literally and figuratively became a backseat observer. It was cool to witness the endearing relationship between them and I wanted to capture that energy. The final result is this video.”

Did you know much about Eli Beukes before you introduced yourself to him and his dad at Misty Cliffs?

I had bumped into Eli a few times in the past, but I’d never ‘formally’ met him. I’d also heard stories about him being an outstanding surfer, which made me very curious.

How did you end up joining them on the filming missions after this? And then further down the line end up editing this video?

I contacted Eli to ask if he’d be keen to go on a trip. After budgeting and looking at logistics, we decided to scratch the idea because of the expense. Eli then invited me to surf with him locally. He said Pete (his dad) would be keen to shoot. I joined them and was instantly inspired by their enthusiasm. Eli and Pete operate so well together. I had to try document their relationship.

You’ve done your fair share of editing for your own video parts over the years. Is it something you really enjoy? What are the bits you find most rewarding?

I work passionately on projects I really care about. It was so much fun working on Pikes Bandit. I loved every minute of it because there was lots of positive energy. 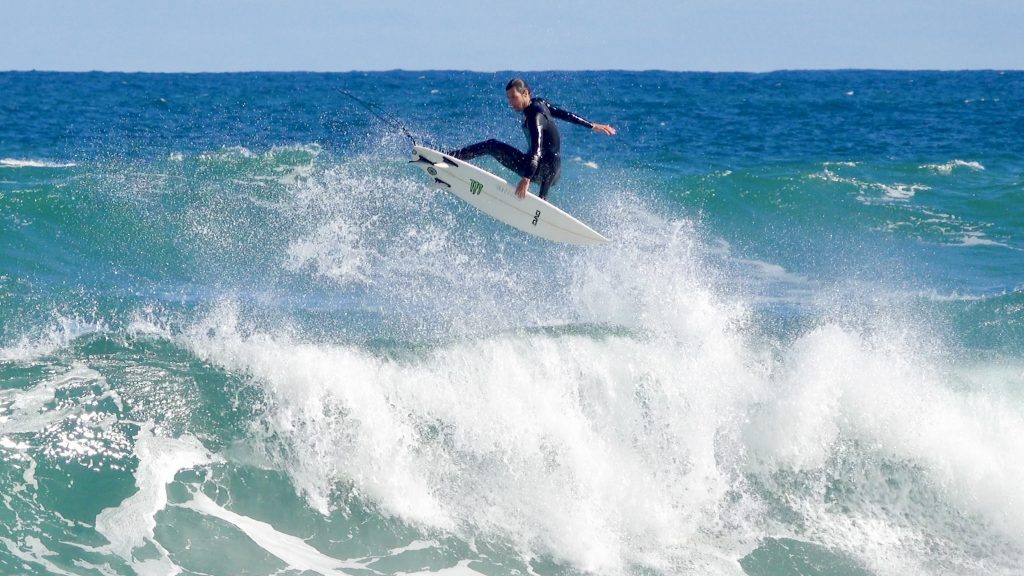 Was Eli originally stacking clips for anything particular or just gathering footage and seeing where that took him when you first crossed paths?

He has an incredible work ethic. He’s always stacking clips.

How long were you guys filming for this video in total?

We shot together for 6 months. Eli was really busy during that period though. He went on multiple O’Neill trips, competed in Challenger Series events and went to Stab High. Pete also works, so he’d shoot in between his shifts. We wanted to capitalize on the sessions we had together.

Did you have to ride backseat the entire time? Or was that tactical for prime filming and observing positioning?

Eli always offers the front seat. He’s polite. I opted for the backseat though.

We saw some 16mm lifestyle in there. Did you finally get round to fixing your camera?

Kind of. It was a nightmare. I’m sticking to digital.

We’re presuming there was some serious car time. How would you describe Eli’s music taste in single word? 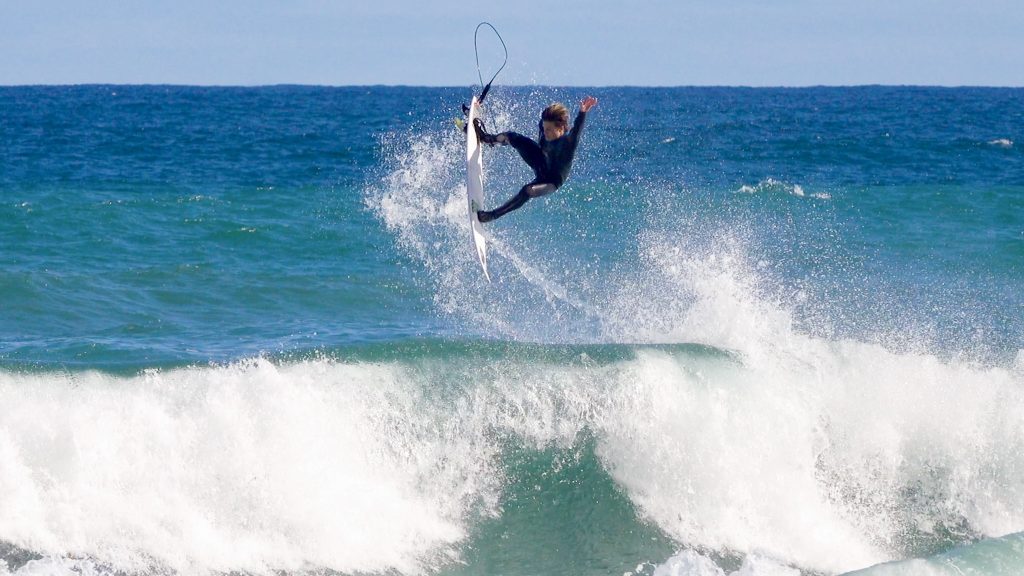 Eli’s obviously a phenomenal aerial surfer with a very bright future ahead of him. Is there anything particular in his repertoire which stood out to you whilst surfing and shooting with him?

He can do it all. I’m really impressed by how well rounded his surfing is. He’s also determined to improve.

How does South Africa, Cape Town and it’s surrounding zone more precisely bare up for you in comparison to other parts of the world for productivity and stacking clips?

It’s great! Cape Town has an incredible variety of waves, all within a close proximity. It’s a productive zone.

What are the downsides of shooting around that zone?

Some of the surf spots feel kind of spooky. It can be eerie surfing alone.

The swell is very consistent on the Atlantic side. You can pretty much surf everyday. It’s also beautiful.

Both you and Eli are on the Monster roster. Can we be expecting any more projects together? And any trips?

Yeah. We’re on a trip right now with Alan Van Gysen at a mysto zone just north of Durban. 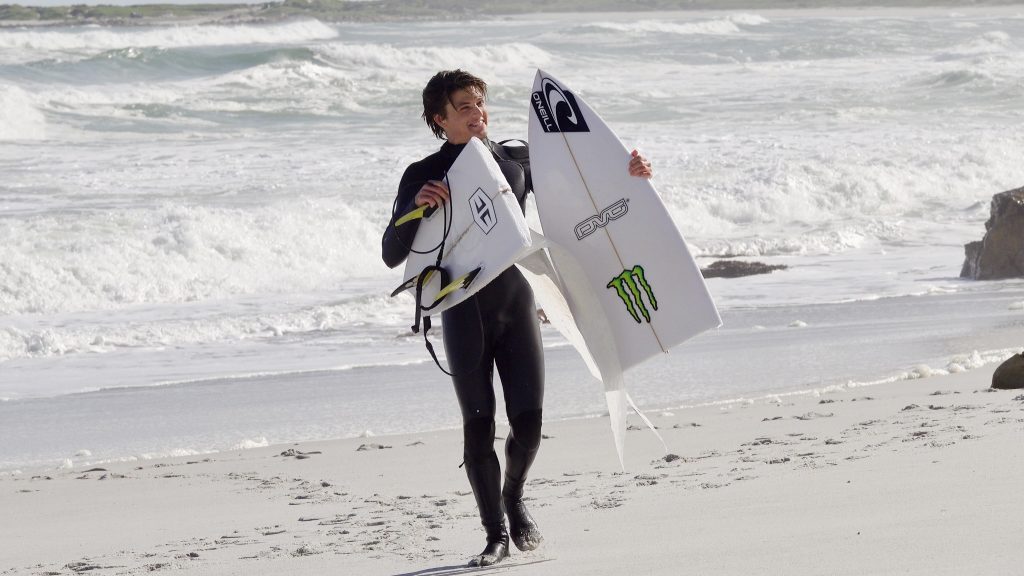 What were Eli’s next moves last time you spoke to him?

He wants to nail hammer clips. I bet he will.

One last question. Are the rumours true that after a few years of sobriety you’re back on the beers? 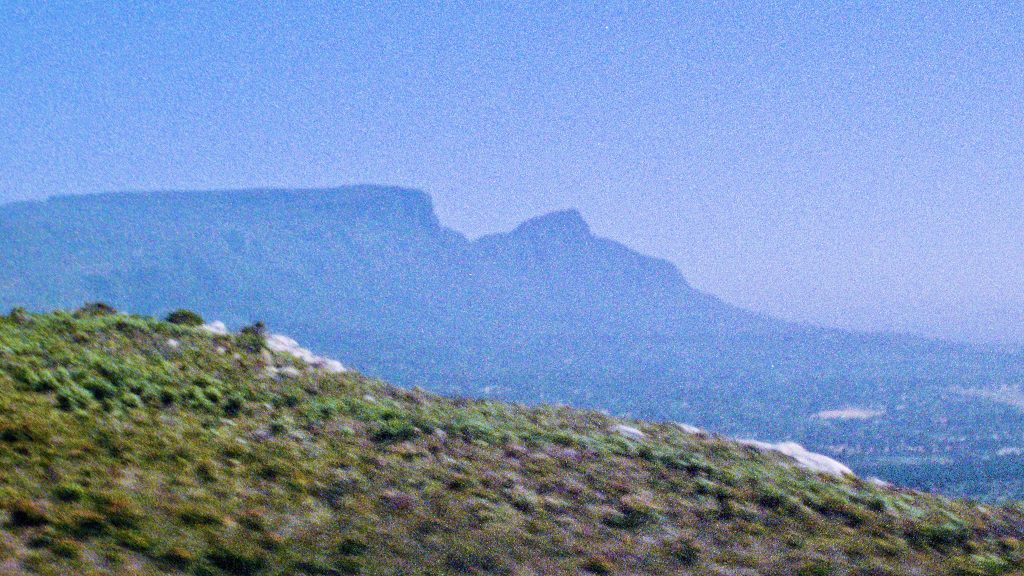