When starting this magazine a year and a half ago, there was a several personalities in the skate and surf worlds we were really looking forward to meet. Sammy Montano was one of them.

A few months forward, and we somehow ended up on several adventures with Sammy, spending more time with the man than we would have originally imagined: we worked with him on TEMPLE with directors Pierre David & Doug Guillot, skated the French capital with him this Summer, navigated through the madness that was this year’s edition of the Copenhagen Open, and all the in-betweens… We could tell you about the first day of our Balkan trip where we got stitched at the Slovenian border… Or that time he didn’t get on that train and we lost him in Paris’ underground… Or when he saved Anton Myhrvold’s life in Croatia as he choked on a piece of meat…. But most of these stories are printed on the pages of Volume III, so we won’t bother writing them here again, as there’s something more important on the agenda today…

As you might have heard if you follow Sammy, the man has just launched his new color-way shoe on Globe, which happens to be a re-interpretation of a model that’s been covering our ankles most days for the past few years: the classic Los Angered II, originally designed by Dion Agius. Sammy has been skating the LAII pretty much all the time since he’s been on Globe, and when asked to design a shoe that would represent him, he naturally picked-up the slimmed down high-top design as a canvas to start from. On top of getting an insole update making it fully skate-able, Sammy added the killer full grain black leather, silver gun-metal holes, dark green outsoles and one of his drawings on the inside. It truly is one of our favorite kicks around, and if you want a quick-start on how to look as badass as Sammy, we highly recommend getting yourself a pair via our online store! We’ll even throw in a very limited edition tee with Sammy’s signature artwork with every pair purchased… yes, we love you that much.

If you’re familiar with Sammy and his high work ethic, you know he hasn’t stopped there:

To coincide with the release of his colorway, he has put in the hours filming with Globe filmer & team manager Aaron Brown in order to have a part dropping at the same time. And man… What a banger. Putting together a 6mn-long skate part where you’re feeling no sense of repetition, and get more and more hyped each and every trick is a hard thing to pull off. From LA and its surroundings, to San Francisco, Berlin, Paris and further, Sammy takes on the less evident spots with the style and agression that characterizes him, and wraps it all up with one of the gnarliest enders we’ve seen in a long time.

We’re strong believers than you can tell a lot from someone’s personality indirectly, and traveling sat next to them for two weeks straight whilst driving 4000 kilometers across the Balkans is a good way to start. It didn’t took us long to realize that Sammy is an all around class act and has an impeccable taste in music. On one of the first days of the trip, Sammy took control of the Aux cable, and after blasting the likes of Aphex Twin, Bob Dylan & The Smashing Pumpkins, he became the official broadcaster of the expedition. Always delivering the right vibes at the right time and rarely playing the same song twice, a dedication to how deep his library is knowing we were off 4G for the duration of the whole trip.

With the release of his new part tuned to the sound of a band we’re deeply fond of (Autolux), we thought it was a good occasion to ask him what he’s been listening to off late. And here you have it: Wasted Talent FM #3 — Sammy Montano. 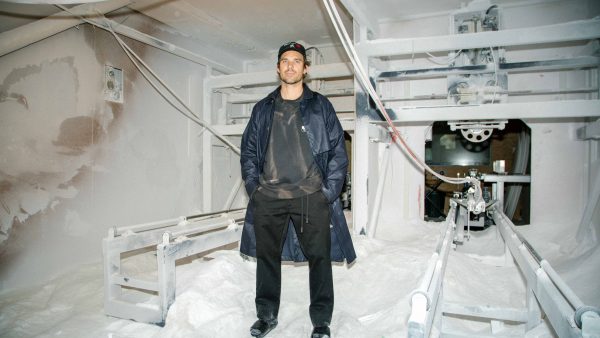