Skip to main content
Close Search
Back to From the World Next post: 3 GLORIOUS MINUTES OF JAY DAVIES

Behind the scenes of “KAFÜ”

From the World March 16, 2019
By adminmagNo Comments

In our day and age, we’re bombarded by skate clips on a daily basis. Although, only a handful of them actually leave a mark. KAFÜ — Tangram Division’s latest video filmed by Dani Millan is one of them.

Dani’s name might ring as bell: he’s the filmmaker behind “Azorean Loop”, a short film staring Octavio Barrera that we had the pleasure of premiering here a few months ago, as well as other memorable skateboarding-related shorts.

Being based in Barcelona, Dani has been heavily involved in the local scene. Being good friends with Octavio Barrera, he has been working on one of the man’s ventures: Tangram Wheels. After almost a decade of activity, the family grew wider, and after encountering supplier issues, they opted to reorganize their activities. As you’ll see when watching the video, they recently called it quits on the urethane business, and instead decided to focus themselves only on travelling together for the fun of it, and putting together group projects like KAFÜ, featuring Didrik Galasso, Felipe Bartolome, Carlos Cardenosa, Thaynan Costa, Dani Quintero, David Lougedo, Juan Virues and the rest of the gang.

The bunch just released the video over the weekend, and judging from the flock of aficionados who showed up at FTC for the premiere, it’s easy to say that its christening was a success…

“It was packed! I can’t really remember the last time I saw that many people together at FTC. I was tripping! Everyones’ feedback was really positive. We ended up showing the video three times. The last one directly from a laptop for all those that showed up late.”

For those who might have missed the boat, you will find below a little glimpse of what this happy gathering was like, as well as a behind the scenes of the video & a chat with Dani, in an attempt to learn more about the Division and its dynamics… Dive in! 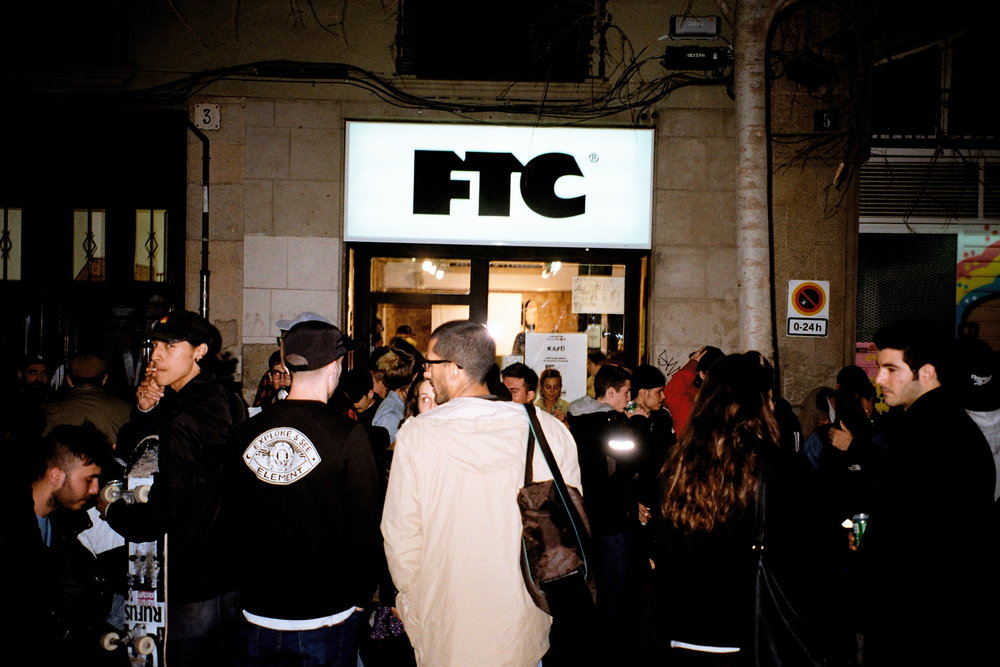 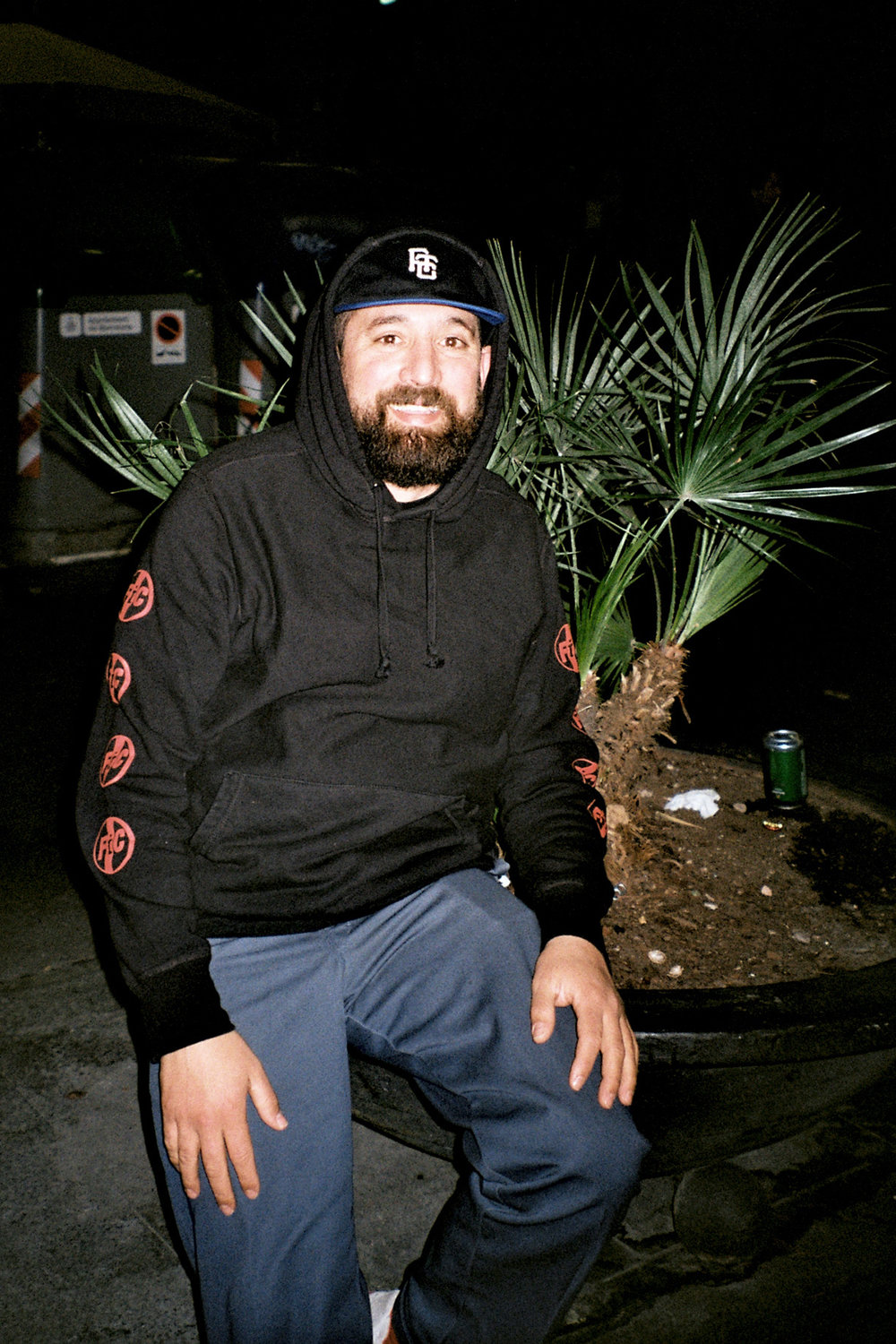 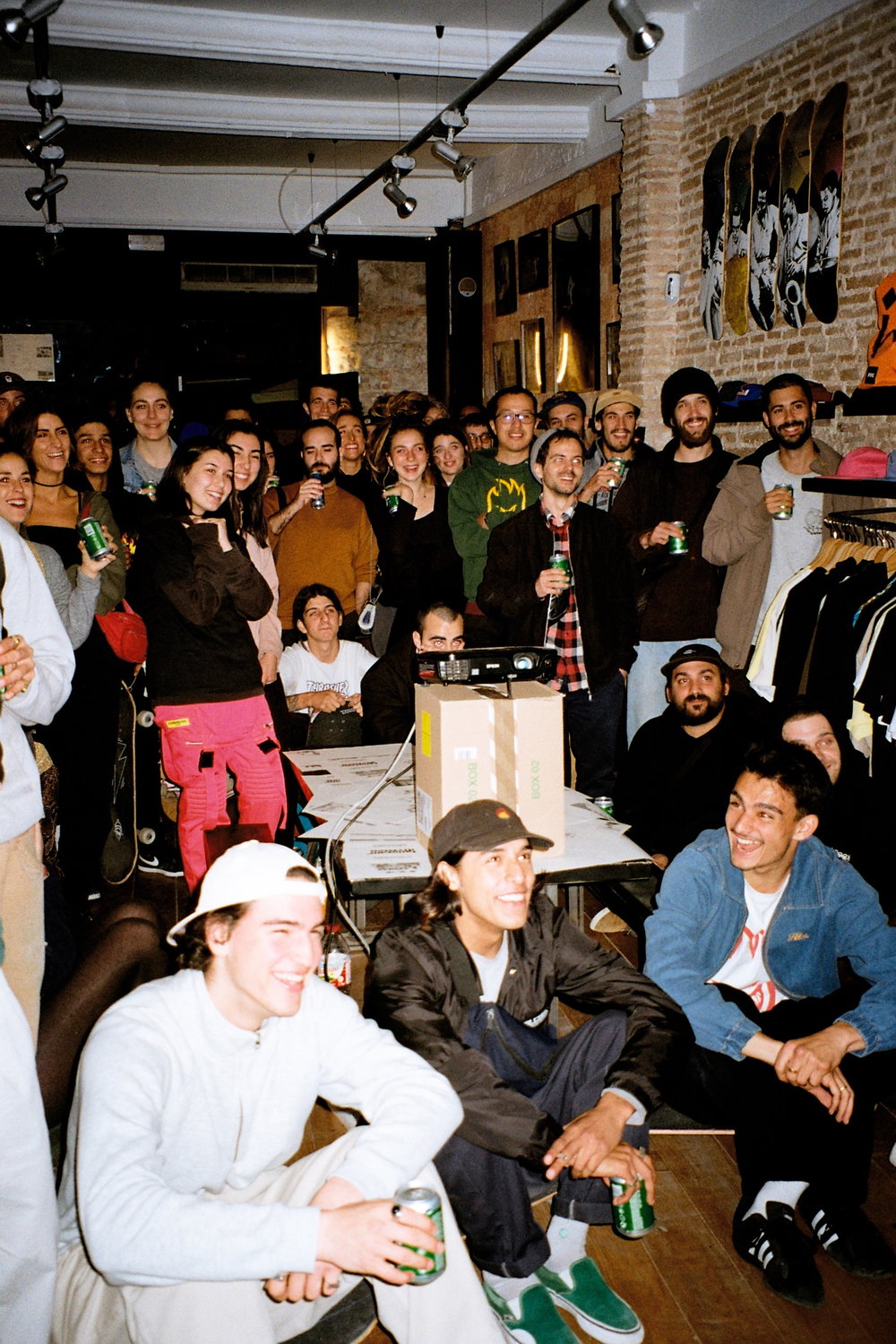 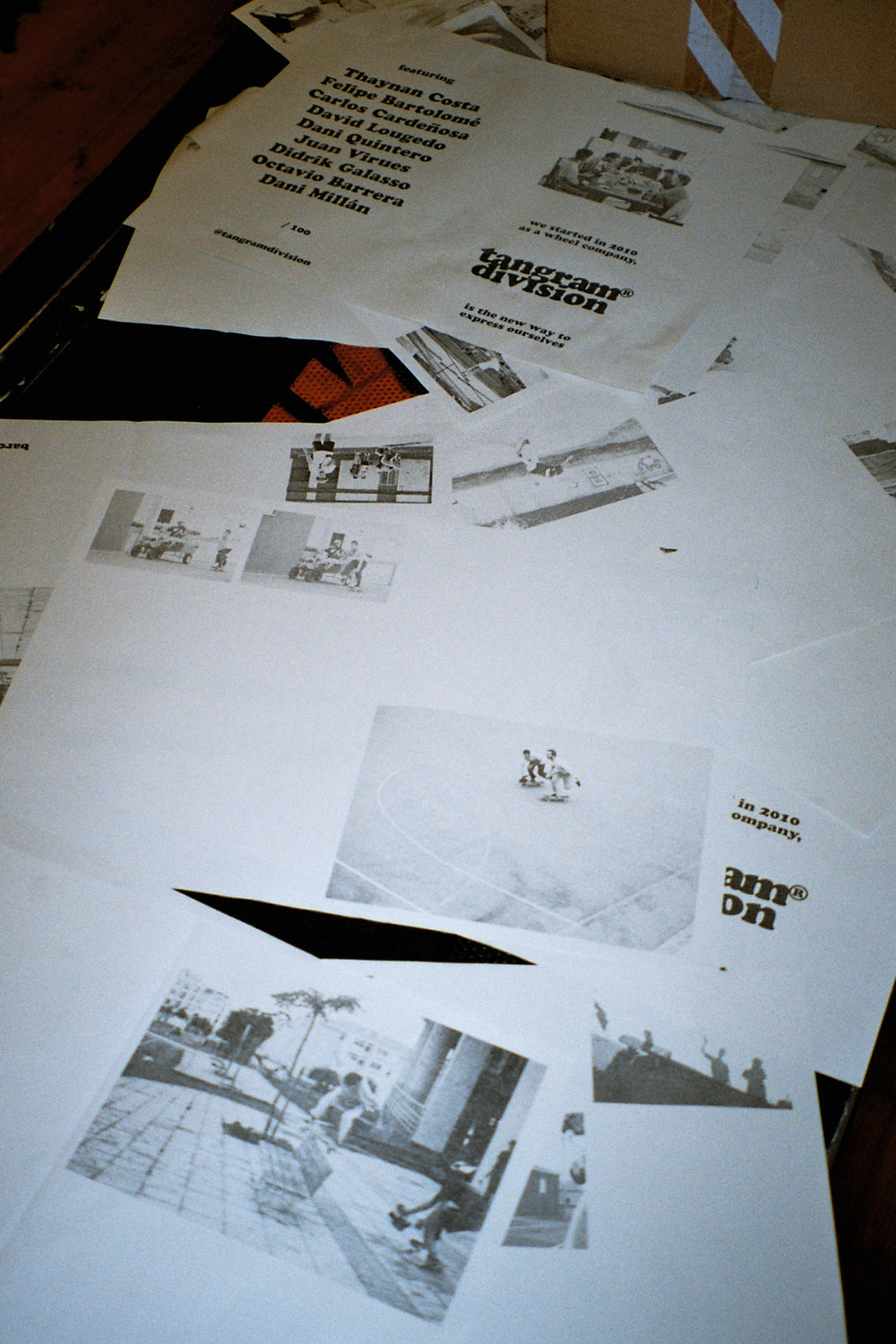 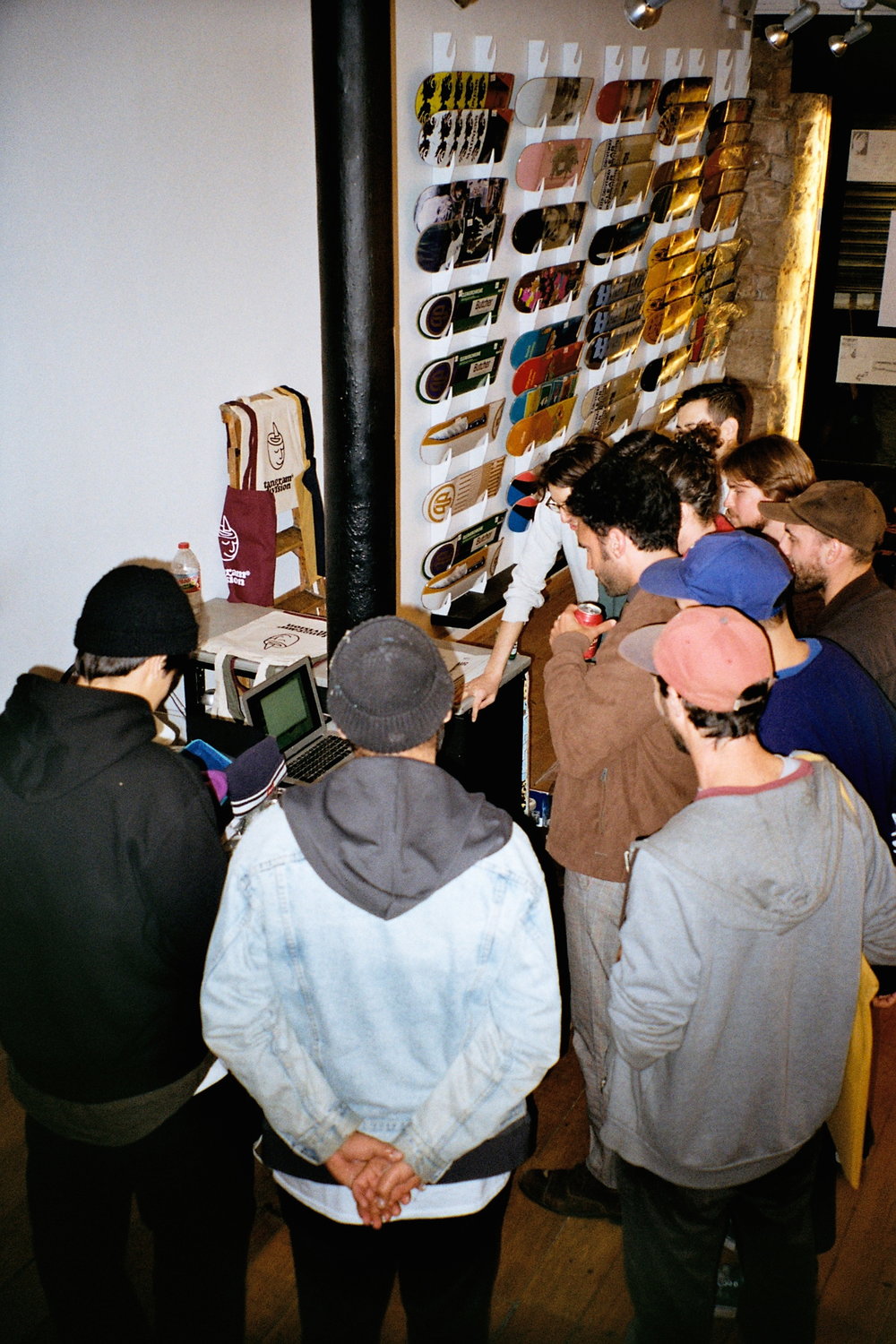 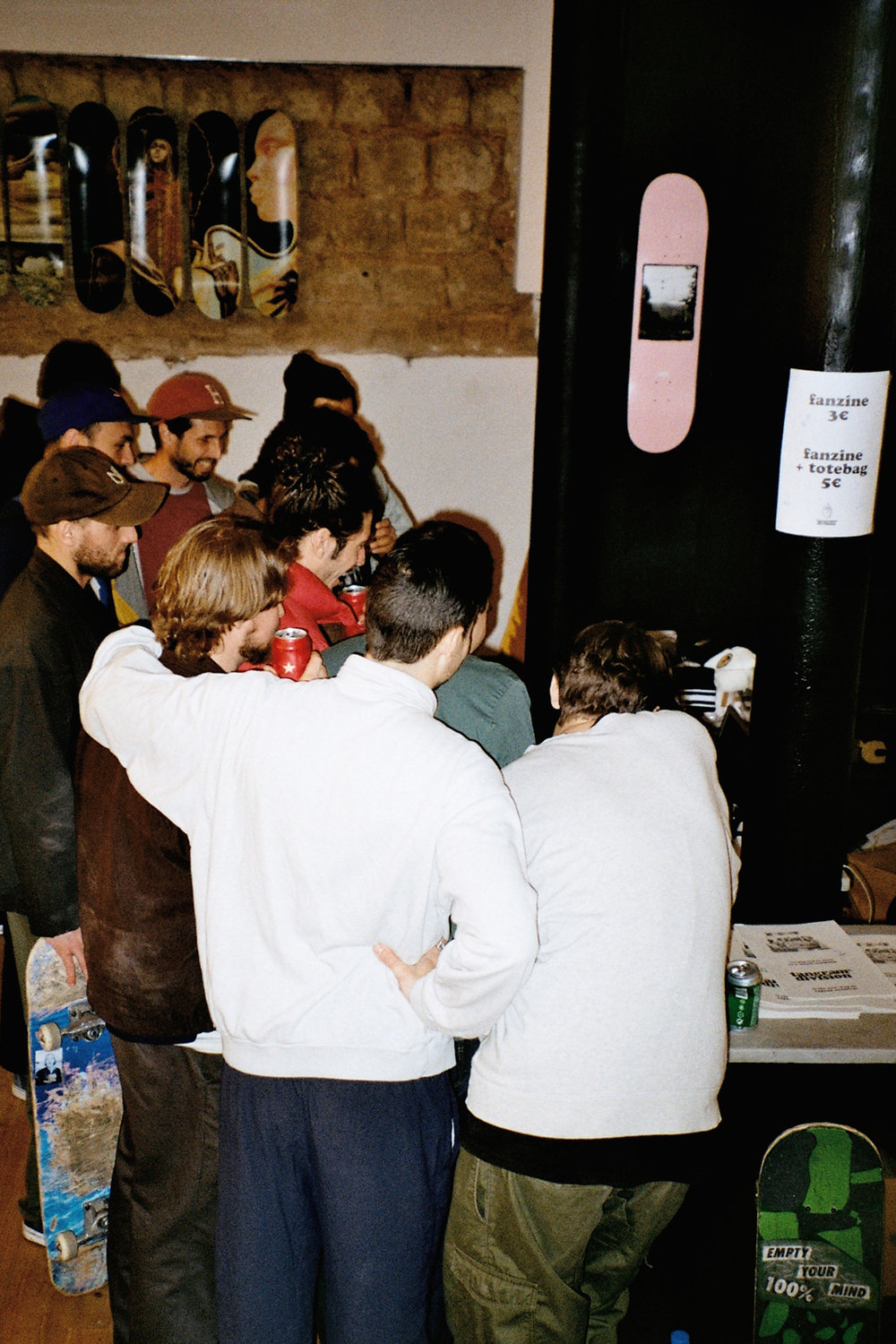 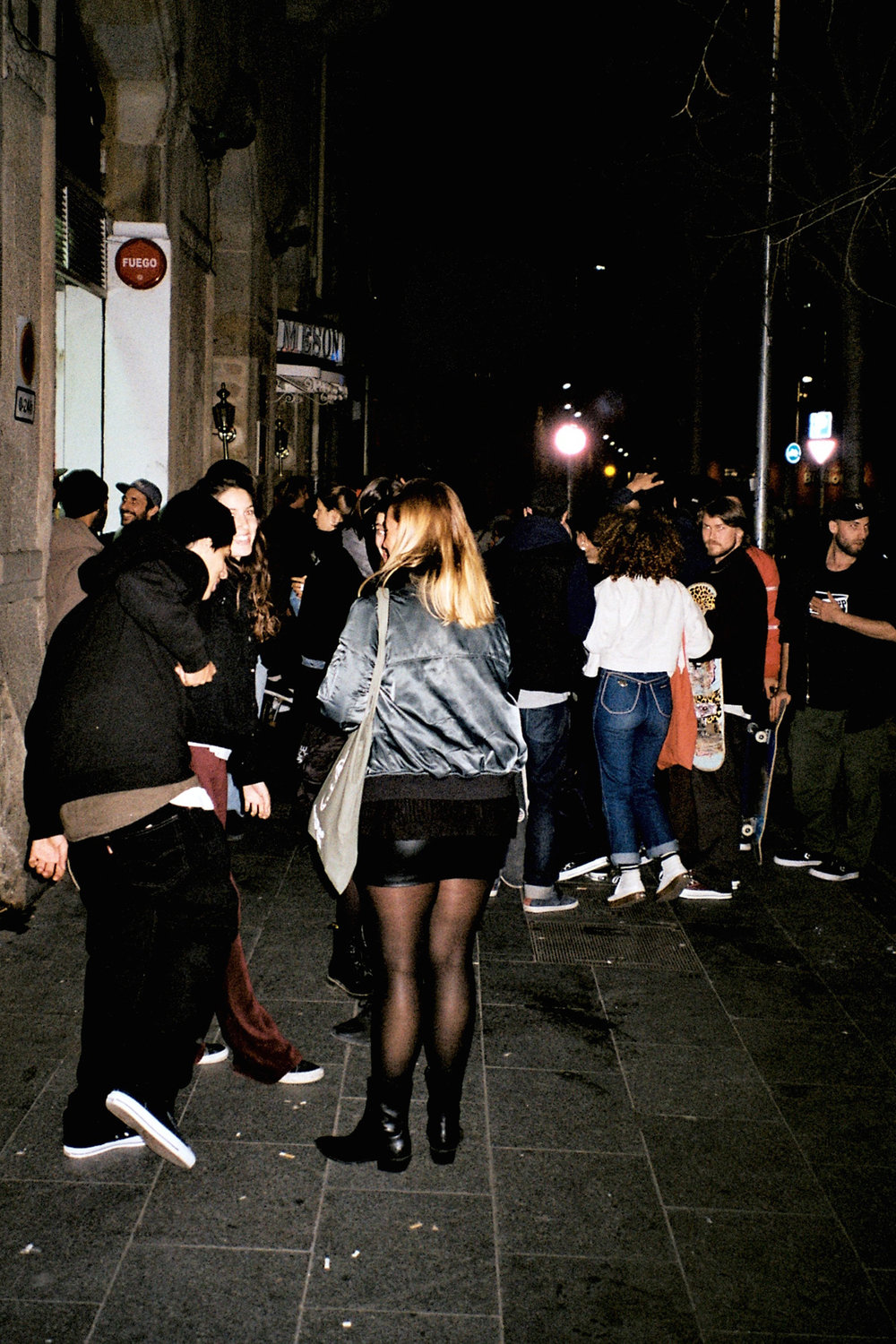 Hey Dani! So can you run me on how you guys all met? Who originally started Tangram wheels?

Tangram Wheels began in 2010 with Octavio Barrera and another partner. I was helping out doing their promo videos at that time. At that moment Carlos Cardeñosa and David Lougedo were on the team already. A few years later Octavio was on his own and ask Carlos and me to join the brand management. From that point we started on our own and did our first video project introducing Dani Quintero. The next one to join in was Thaynan Costa. Every new person involved was a natural move since we were already traveling and hanging out a lot together. So after filming for a while in 2017 we dropped another video, where we introduced Thaynan. Around that time we run out of wheels stock and couldn’t figure it out another good wheel provider… So that was the breaking point. Although we decided to keep going. Not as a company but as a collective, which we called Tangram Division.

How would you describe the collective and its dynamics?

We are just a group of people that get along well and have the four wheels culture in common.  We pretty much skate and film together, traveling sometimes or hanging out most of the time… projects are just coming naturally out of it. That’s why we decided to keep going as a collective instead of being a company, so we could do whatever we wanted with whoever we wanted. KAFÜ is our first project behind this new division. 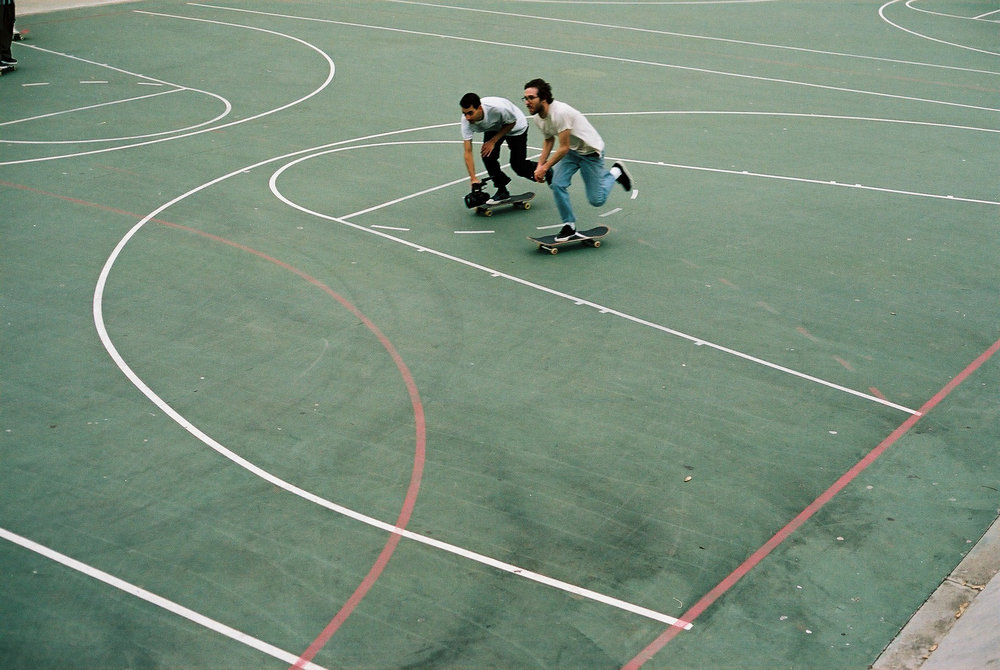 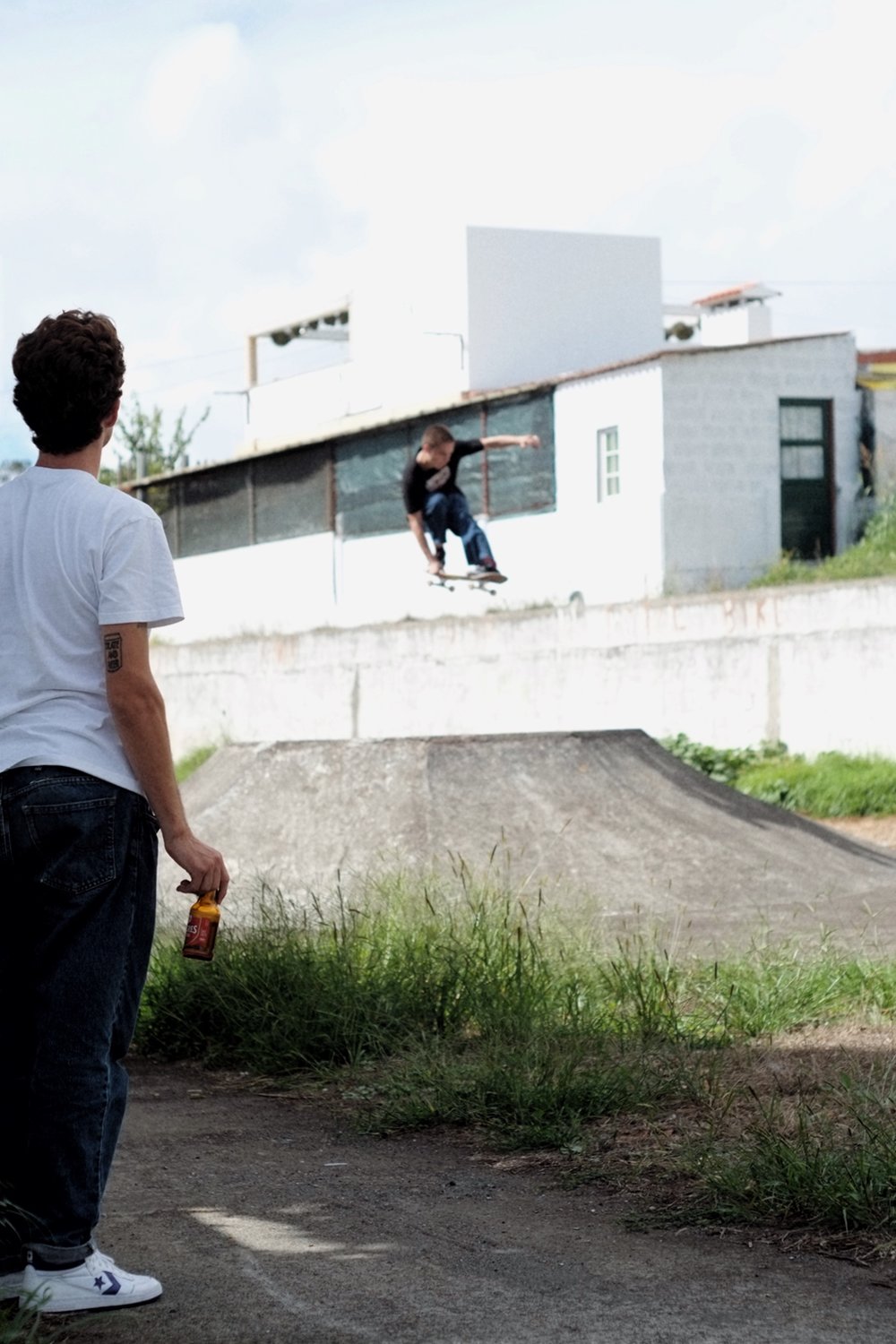 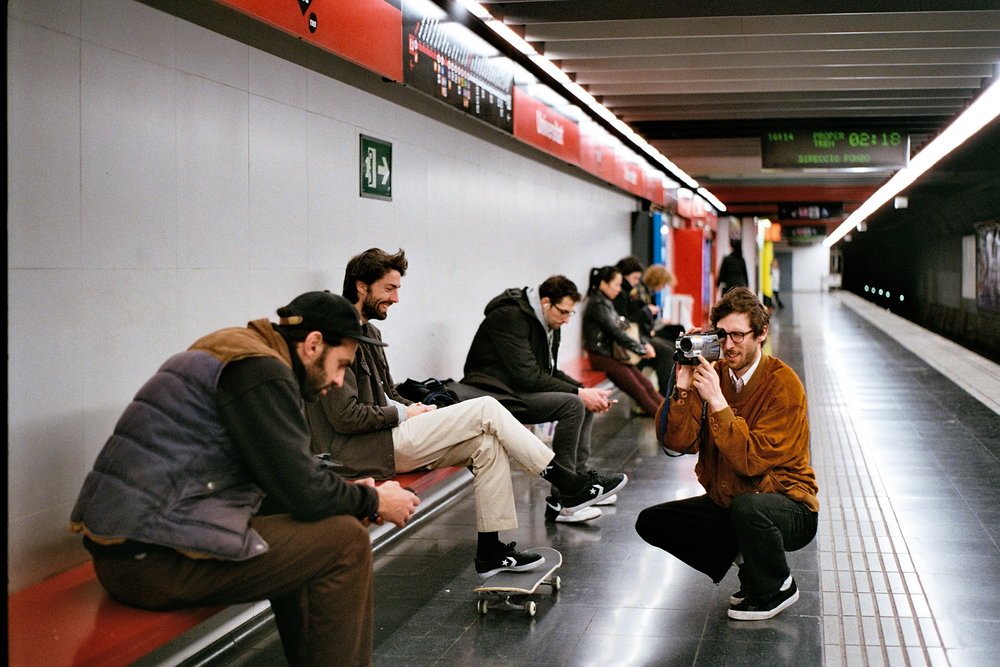 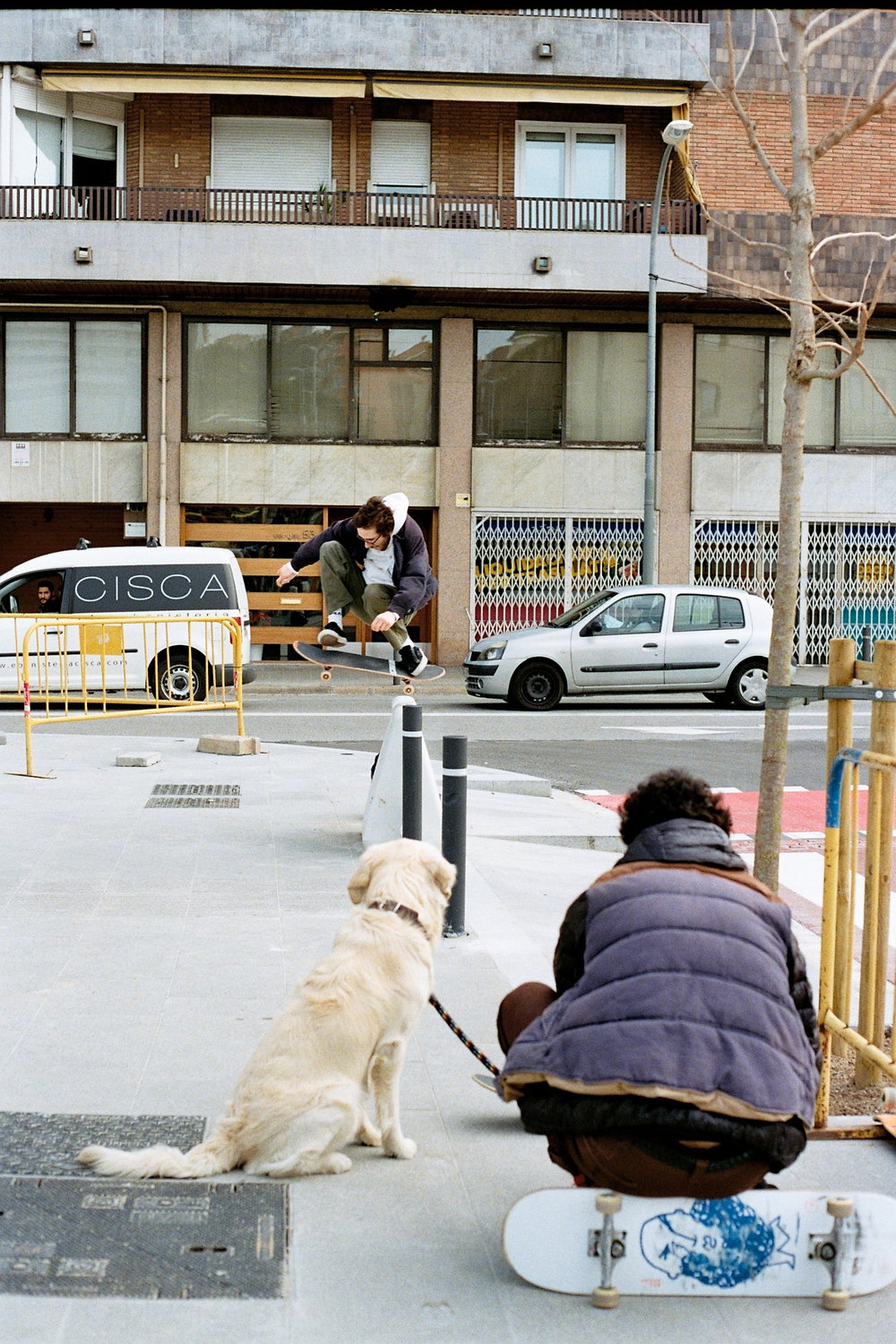 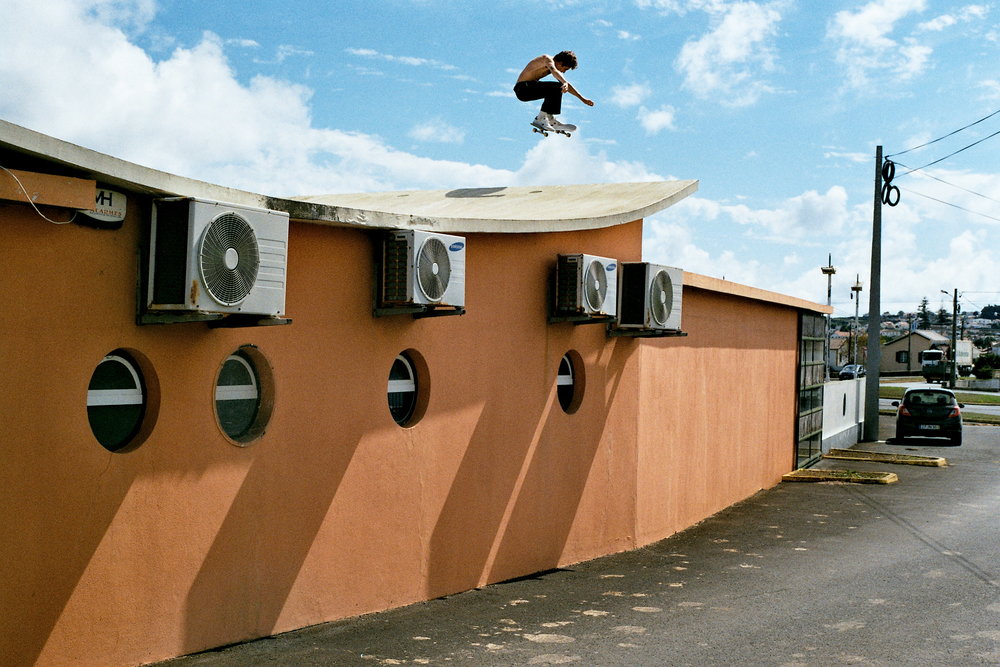 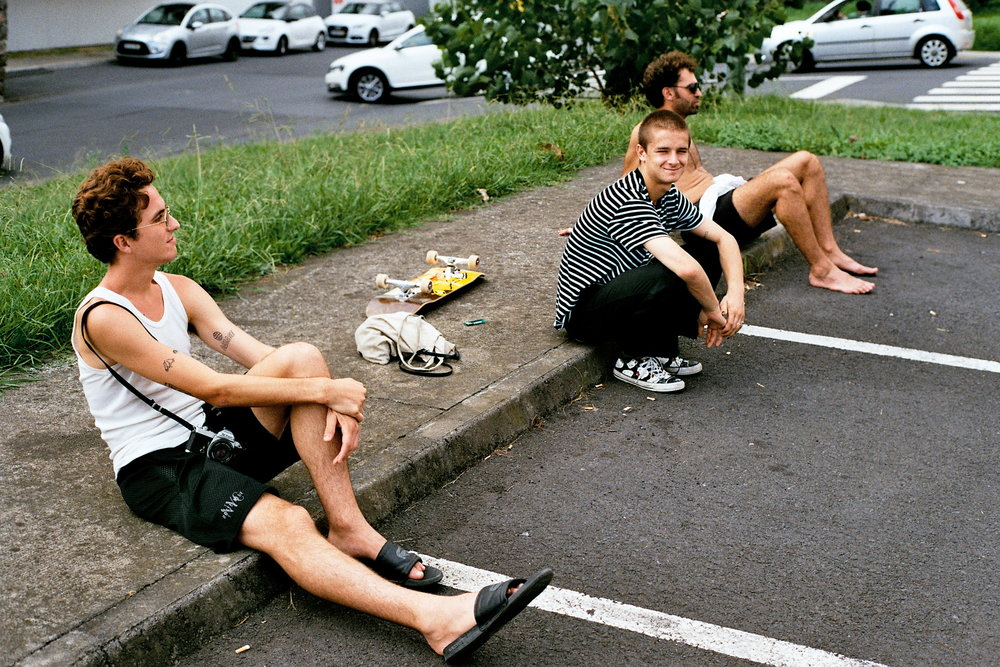 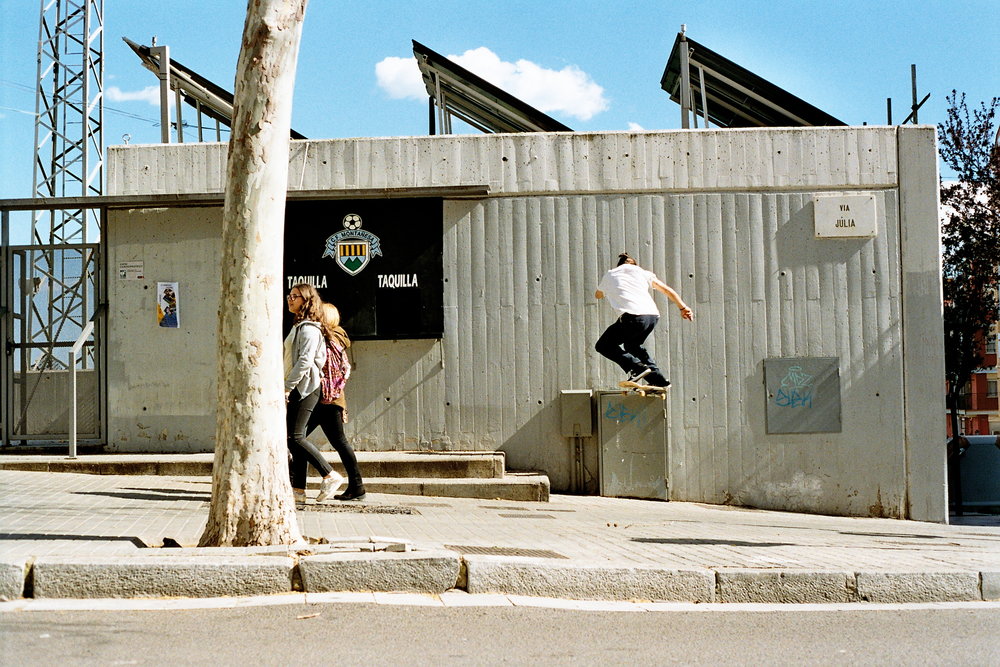 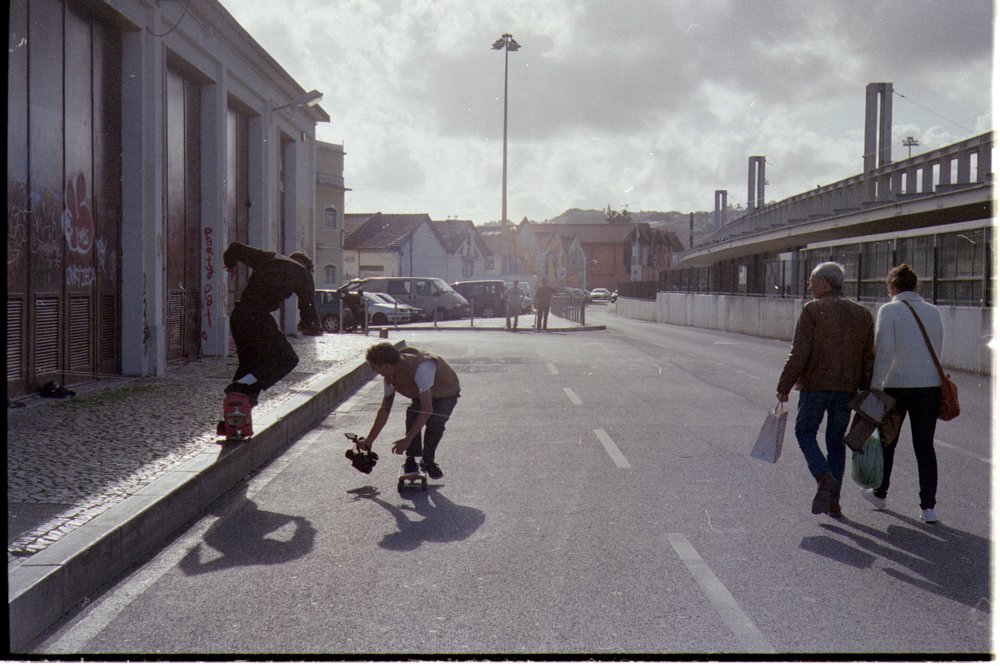 The collective seems to be uniting a variety of people from skaters, to image makers…etc. What is in your opinion the thing that brings everybody together?

Skateboarding is not an individual activity, so everyone’s eventually ends up joining or creating their own crew. I guess we all go in a similar directions or share a same philosophy and we have lived a lot of things together. But we are not making a living out of this. Each of us has their own occupation: restaurant chef, drone pilot, carpenter… but in the end we all love skateboarding and a couple times a year we try to get together and do our thing. I would say it’s something that allow us to express ourselves inside this culture.

Can you tell me about filming for KAFÜ?

It was actually pretty mellow. We filmed everything on a couple of trips during 2018 — Azores mainly — but also Lisbon, Barcelona, Tenerife and a couple of bits from Norway. At one point I thought we had enough footage to drop a new video, and that’s when I started putting it all together. 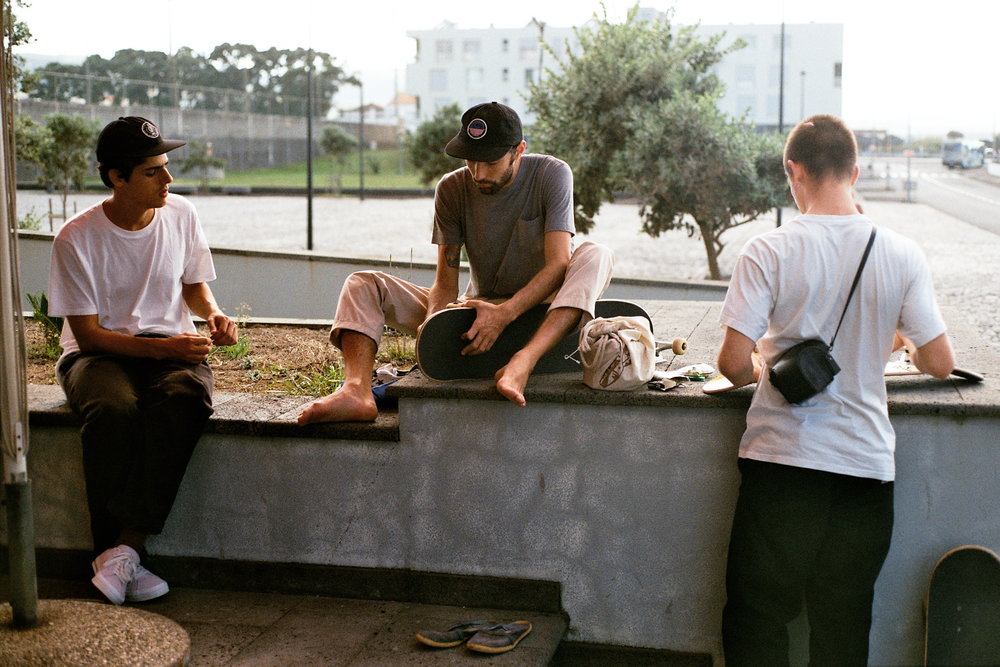 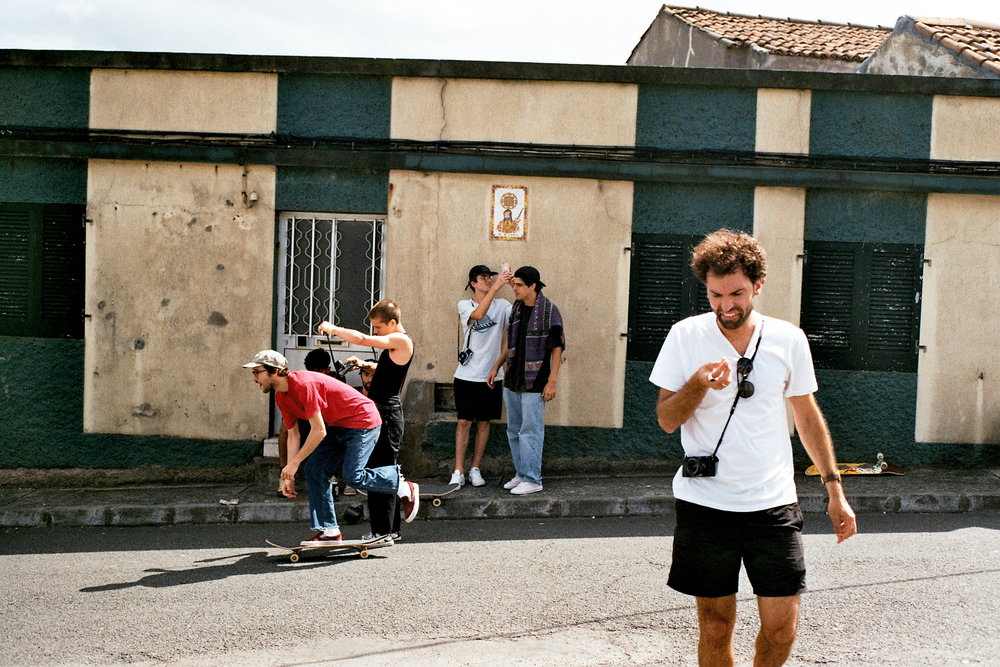 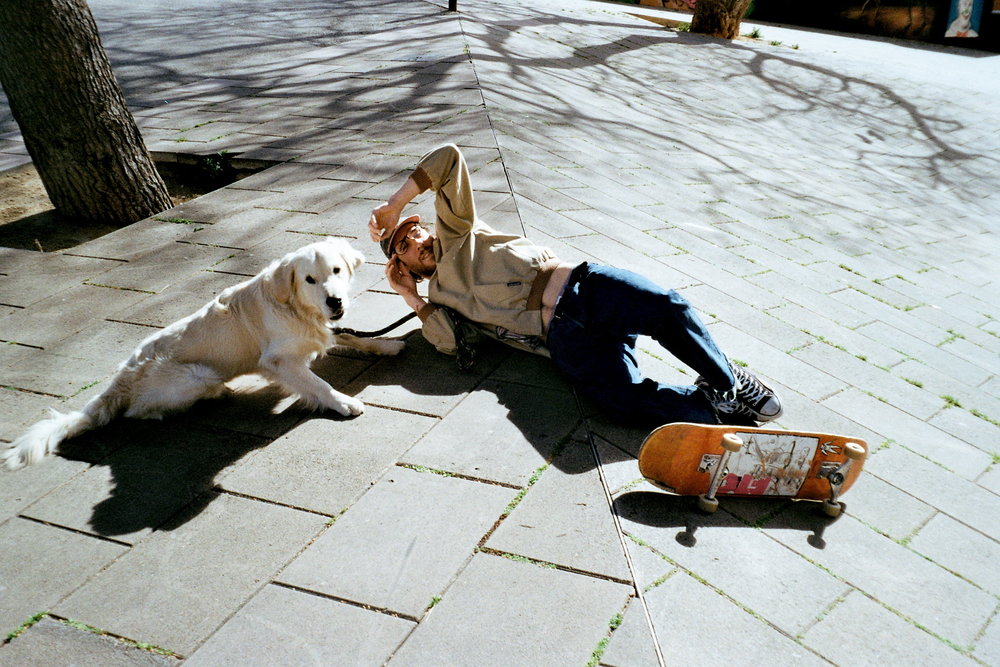 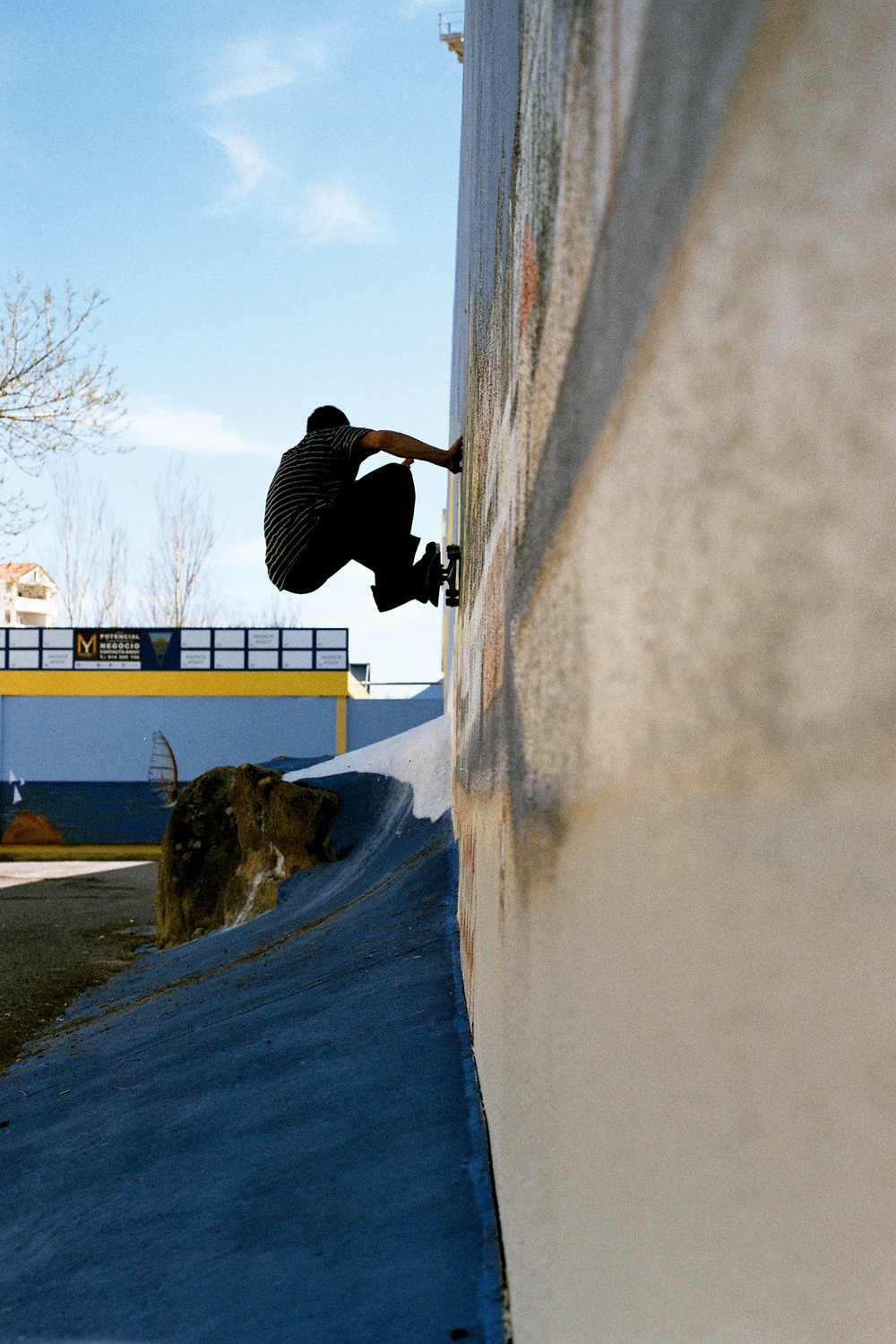 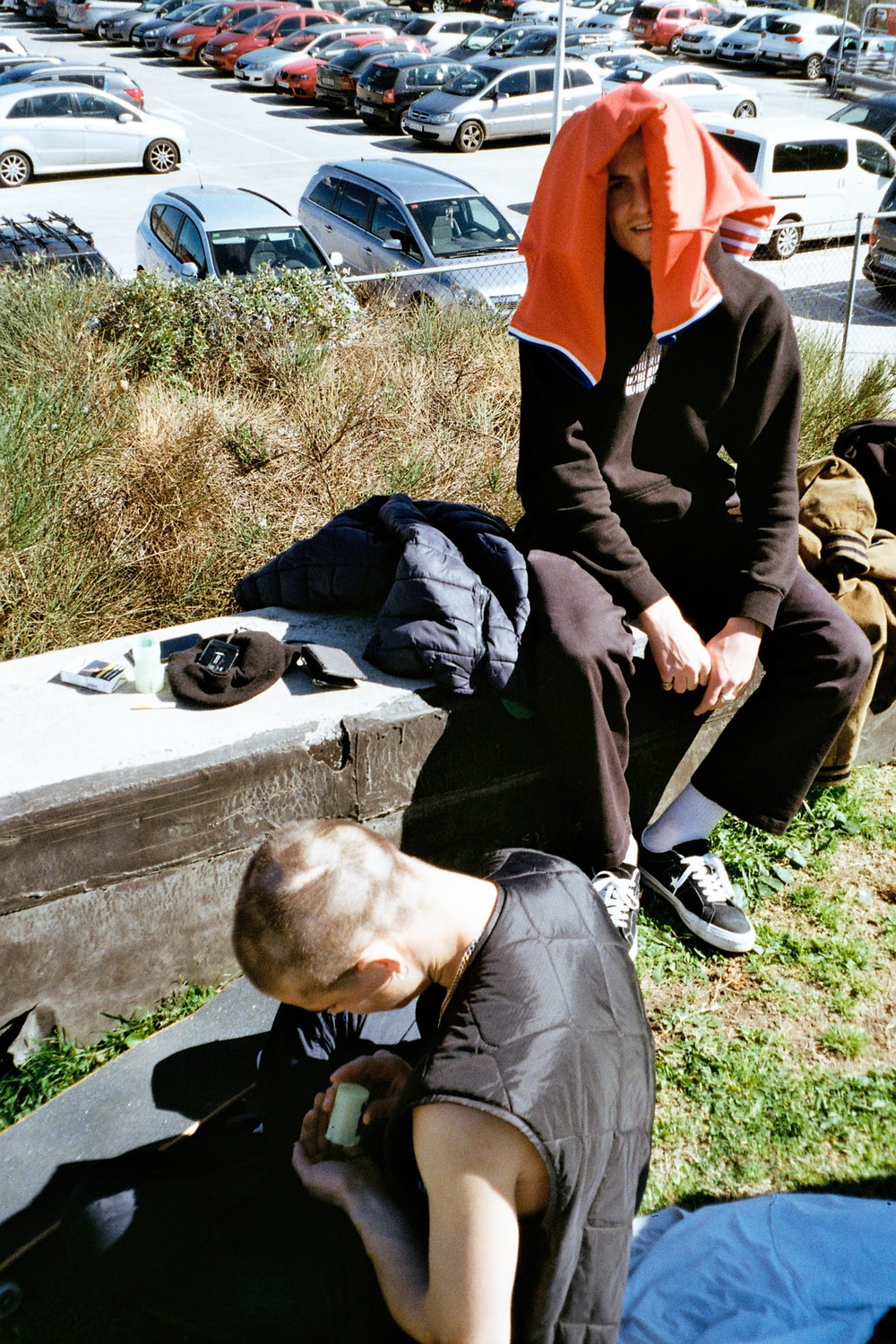 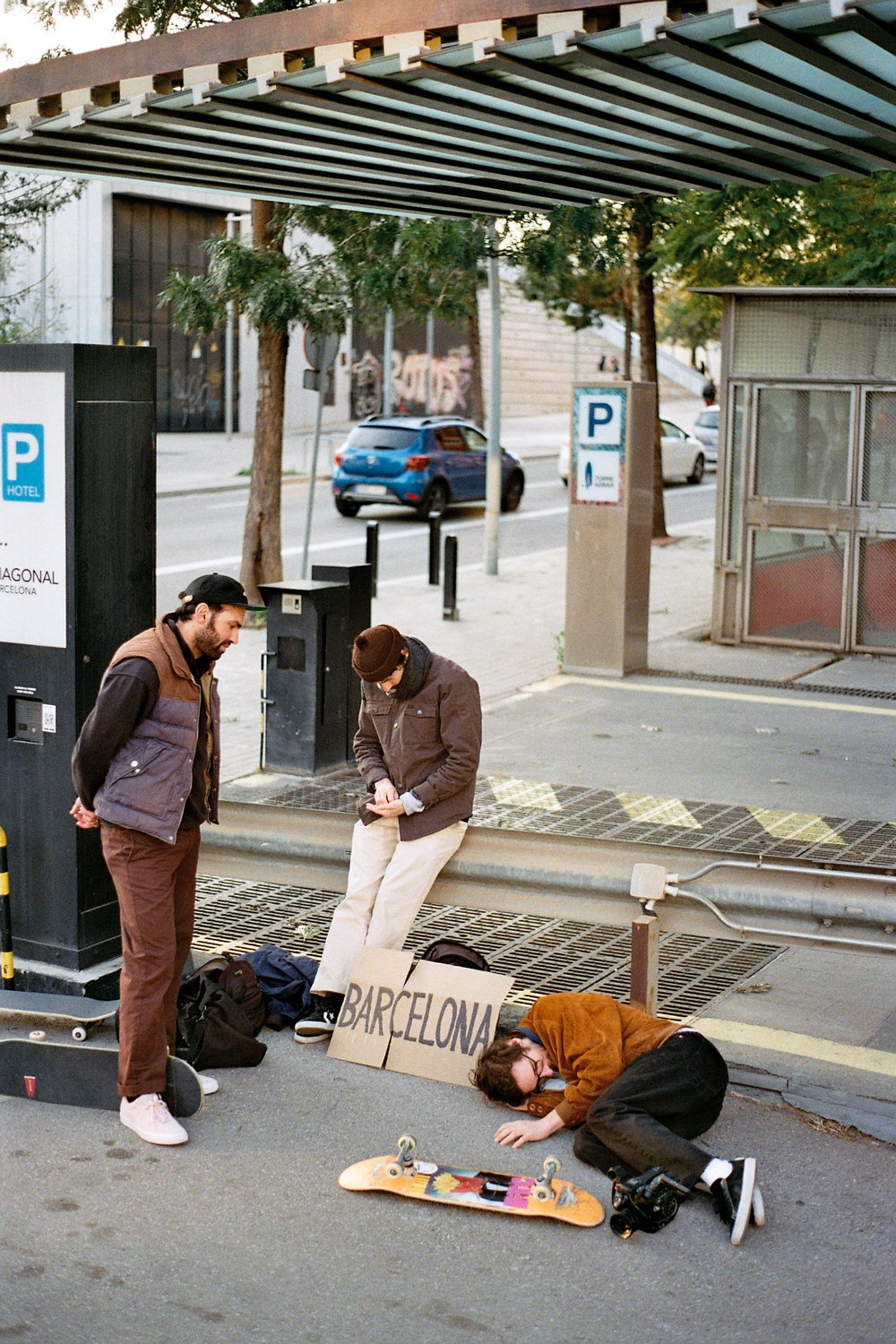 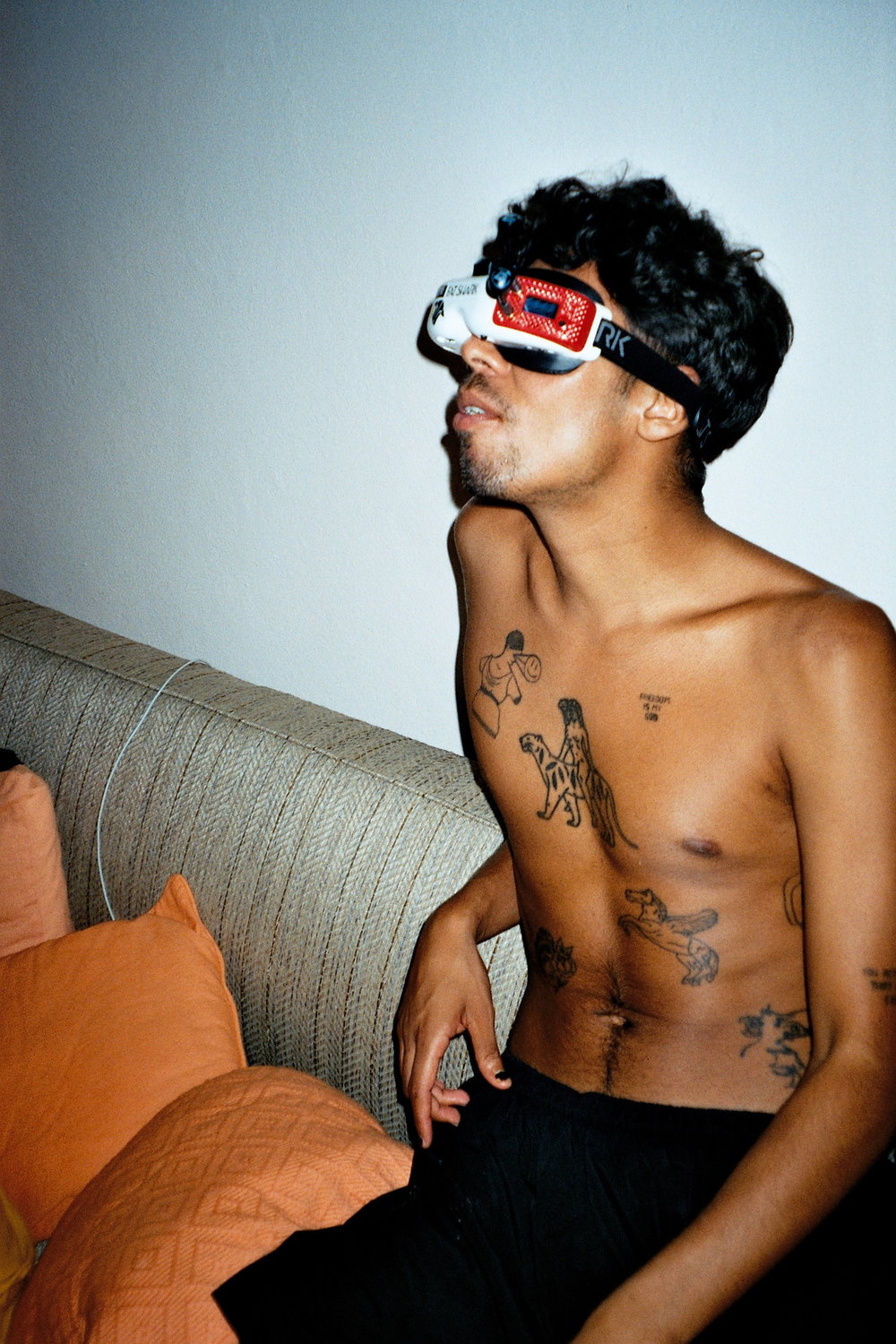 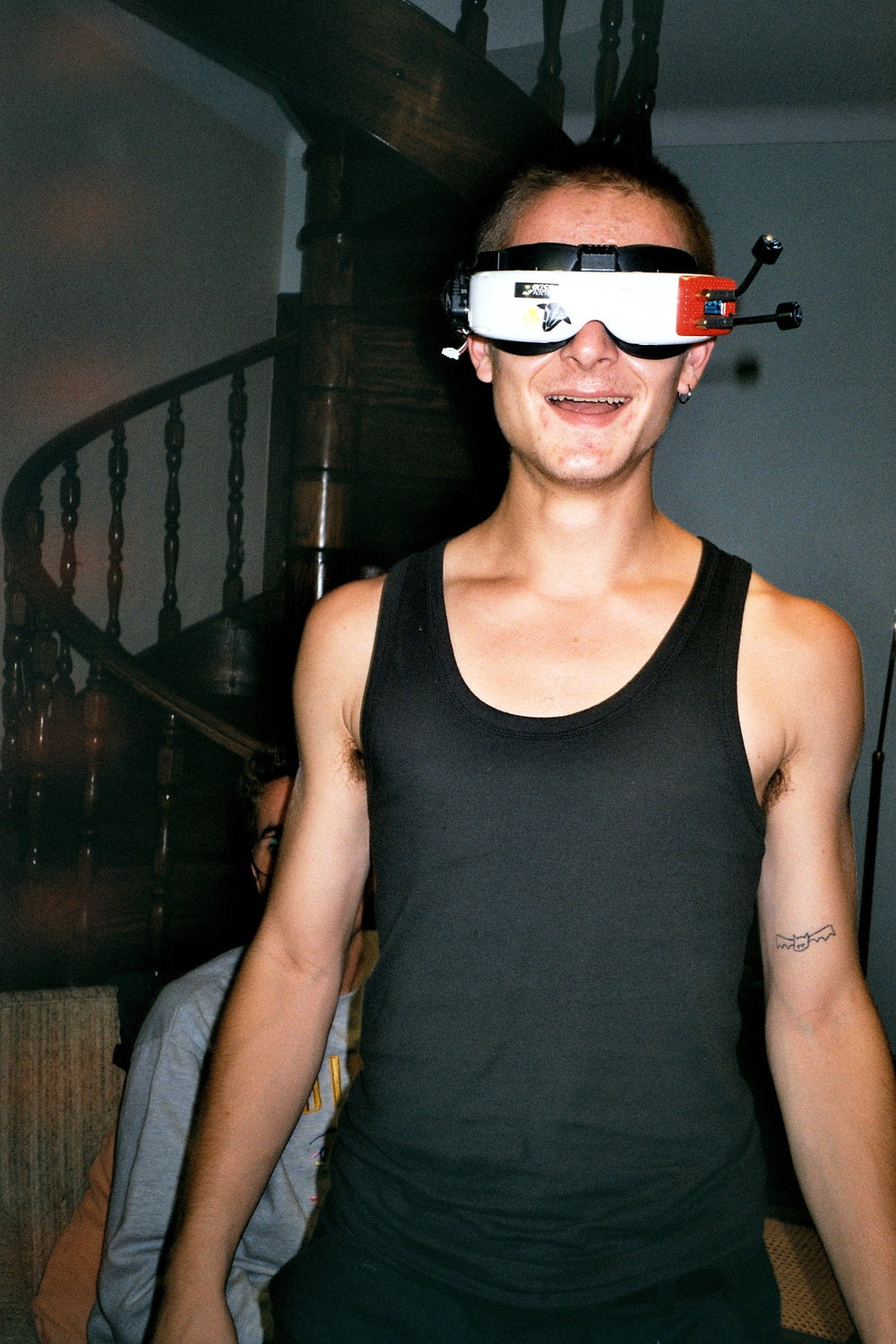 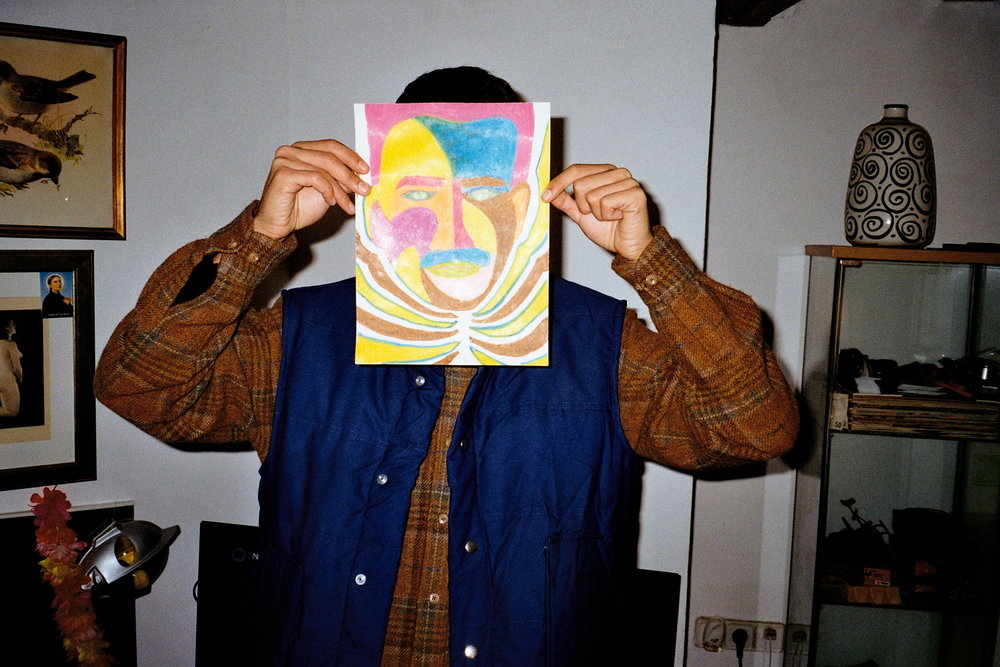 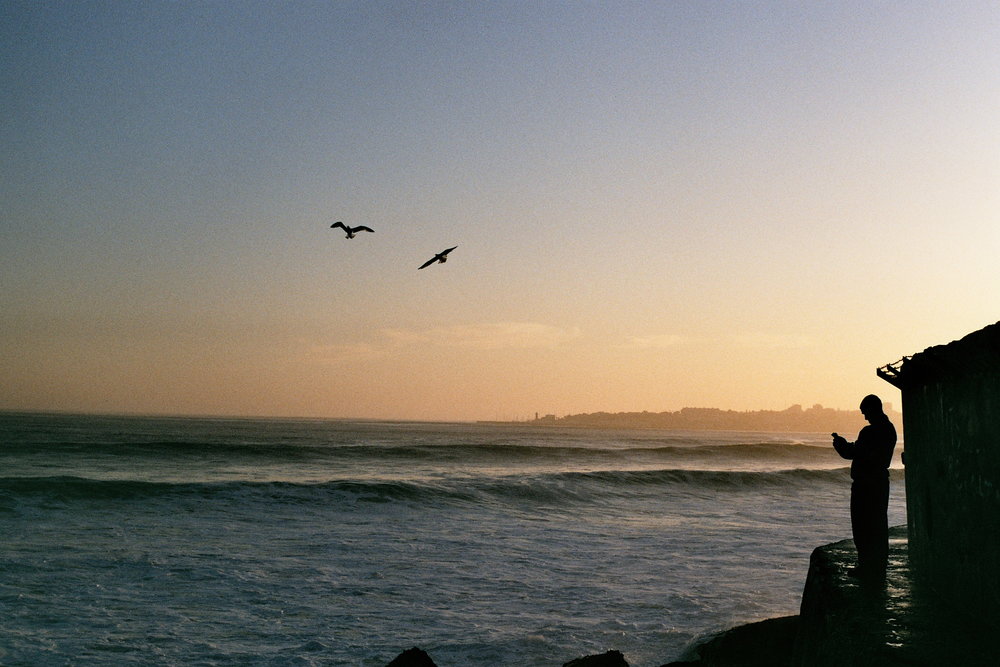 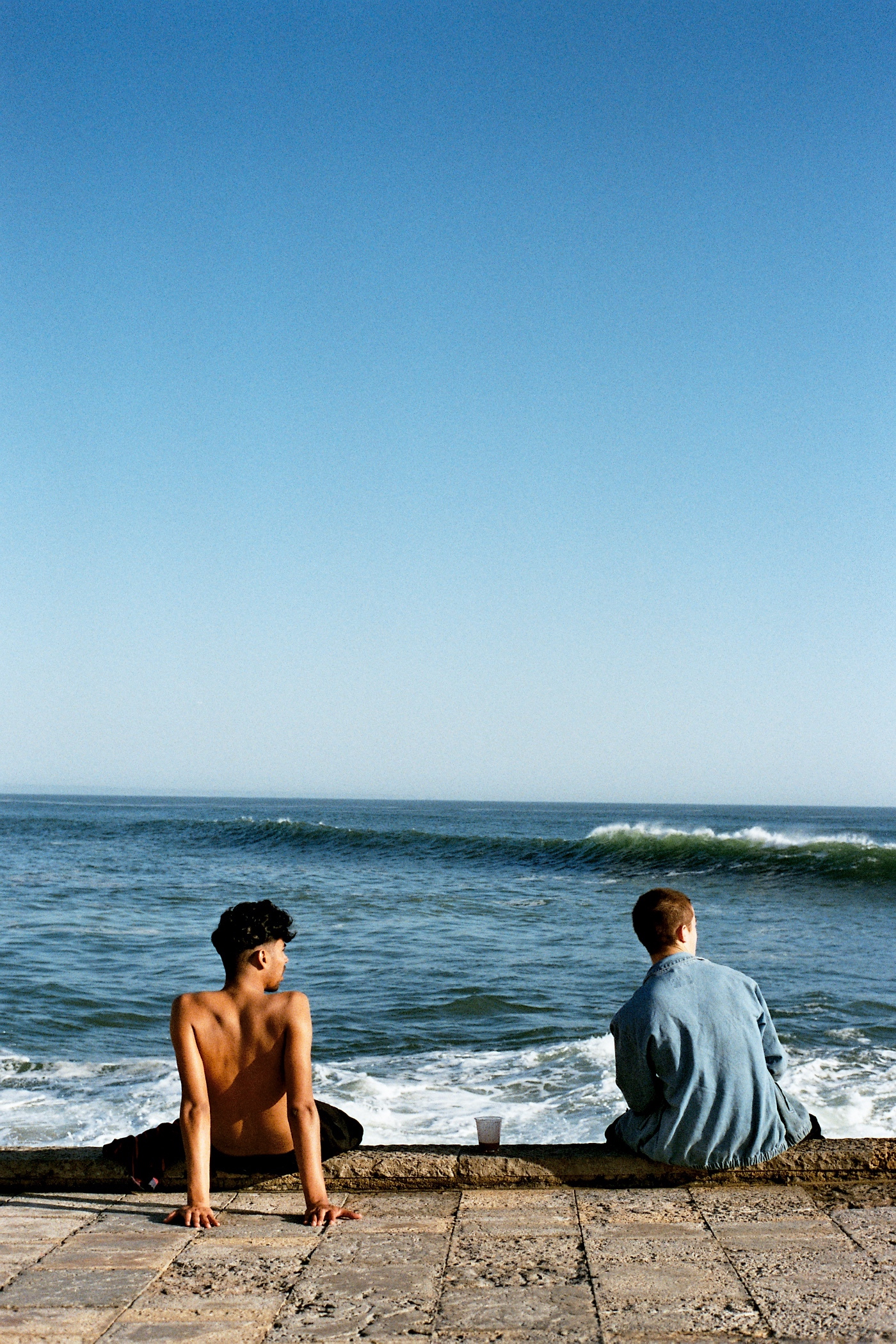 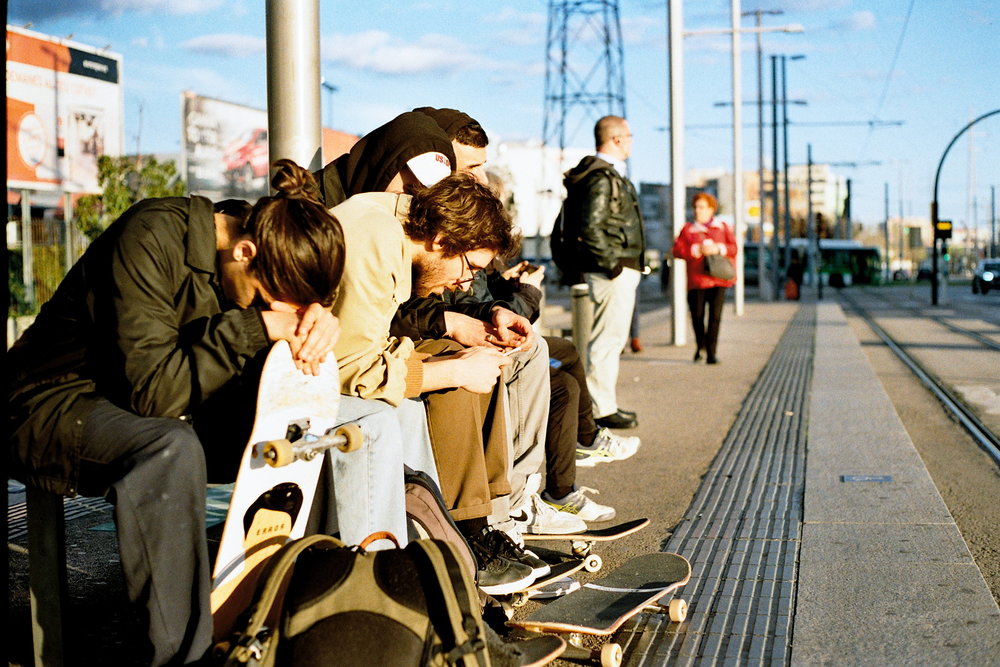 Was the trip to the Azores before the one you’ve done with Octavio & Jack (Whitefield) for Azorean Loop?

The Tangram trip was after going with Octavio and Jack. On that particular trip we visited three of the Azores islands. One of them, Terceira, was specially good spot-wise but at that moment It was only Octavio skating so we couldn’t reach all of them. We though it would be a great idea to come back with a proper crew and keep exploring the island. So we did! We had a lot of fun and we found a bunch of untouched spots. We went with a skate-vacation mentality but it ended up being a super productive trip.

What’s next for you guys? Any travels planned for the Division?

We are still a bit hungover from the premiere and receiving good comments from people all over…. We did a Zine and some tote bags, which are available at FTC Barcelona. Also we are already looking for our next destination to start filming a new video project. We have some random ideas for this year.. doing some clothing, photo exhibition… we’ll see! Keep an eye on @tangramdivision to find out more!