Barcelona is the one…

With a sun that shines oh so brightly all year round, one of the best skate scenes in Europe, the occasional wave, and some of the best cuisine we know of — jumping on the one hour flight that separates our office from the Catalan capital is a hard one to resist year-round… Although such calls are even harder to ignore come spring, the main reason being Primavera Sound.

Since more than 15 years now, the city has been hosting one of the most exiting music festivals in the world at the iconic Parc del Fórum, and after hearing about the past few editions, the organizers have really stepped it up. If you happen to have friends based in Europe, we’re ready to bet that you’ve also been bombarded by Instagram stories including excessive amounts of GIFs, bright lights, very loud music and even louder screams… Our good friend, and incredibly talented photographer Rafa Gonzalez happened to be in the middle of the madness with his camera, a bag full of film plus a few extras, and gave us a little insight of what shooting there is like.

“It’s a different experience indeed with all those huge stages and tons of people around you. It can be a bit tricky sometimes to get the shots if you’re not in the Press Area as you have to move a lot from one point to another. For this occasion I brought an extra lens for my ol’ trusty Hasselblad 500C/M (a 180mm Distagon Tele Lens), which helped me a lot to get a closer perspective of the bands on the stage.” 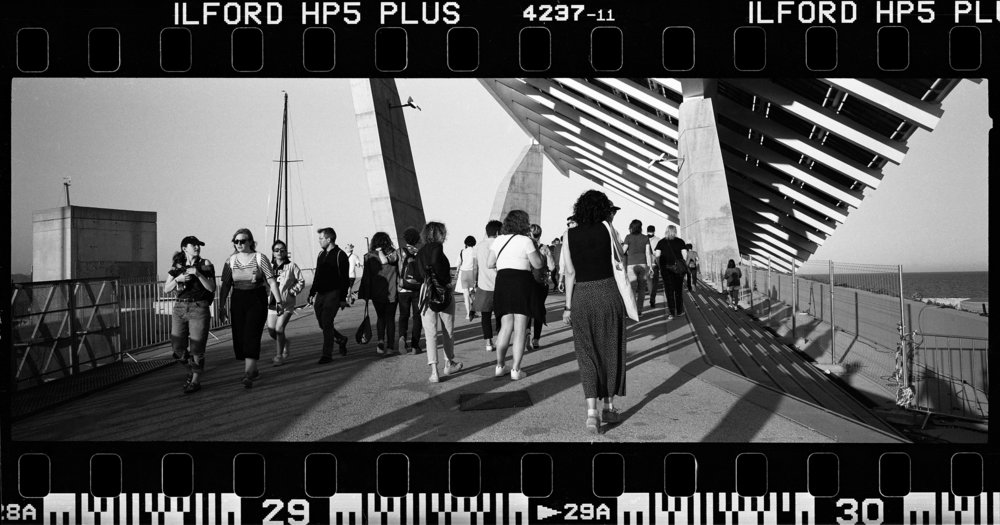 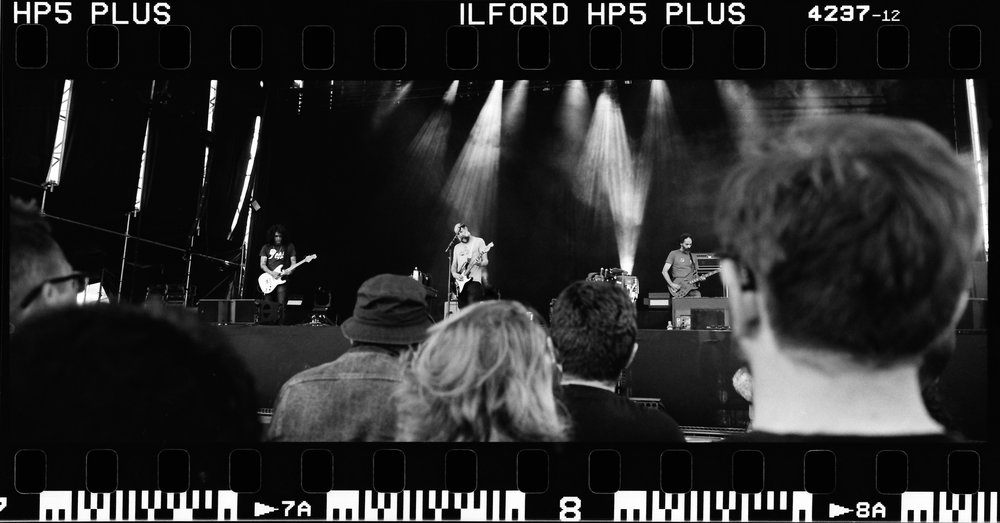 With a line up including the likes of Tame Impala, Interpol, Mac DeMarco, Deerhunter, FKA Twigs, Erykah Badu, Soccer Mommy, Kurt Vile, Primal Scream and much more, spending the time to get some decent photographs can understandably become a bit tricky:

“There’s always the band/venue dilemma… somehow, it always happens that two bands you really want to see play at the same time, so you end up having to decide which one to shoot (it happened to me with Jawbreaker). But in general it‘s a really cool experience to see lots of good bands in such iconic place as El Parc del Fórum. I really liked Interpol, it’s been a while since the last time I saw them playing and their playlist covered a lot of the classic themes combined with the new albums. Tame Impala was amazing as well, a perfect execution of sound, visuals, performance on stage and crowd participation. I also enjoyed Built to Spill, they played the entire “Keep it like a Secret” album, which teleport me to the old Transworld Skateboarding videos. Anyways, there is always lots of different photo possibilities in these events, from the bands/lightning of the stage, the crowd, the structures/architecture elements around the area, to the in between moments, I just try to shoot what’s eye-catching to me, and always pay extra attention to my surroundings.” 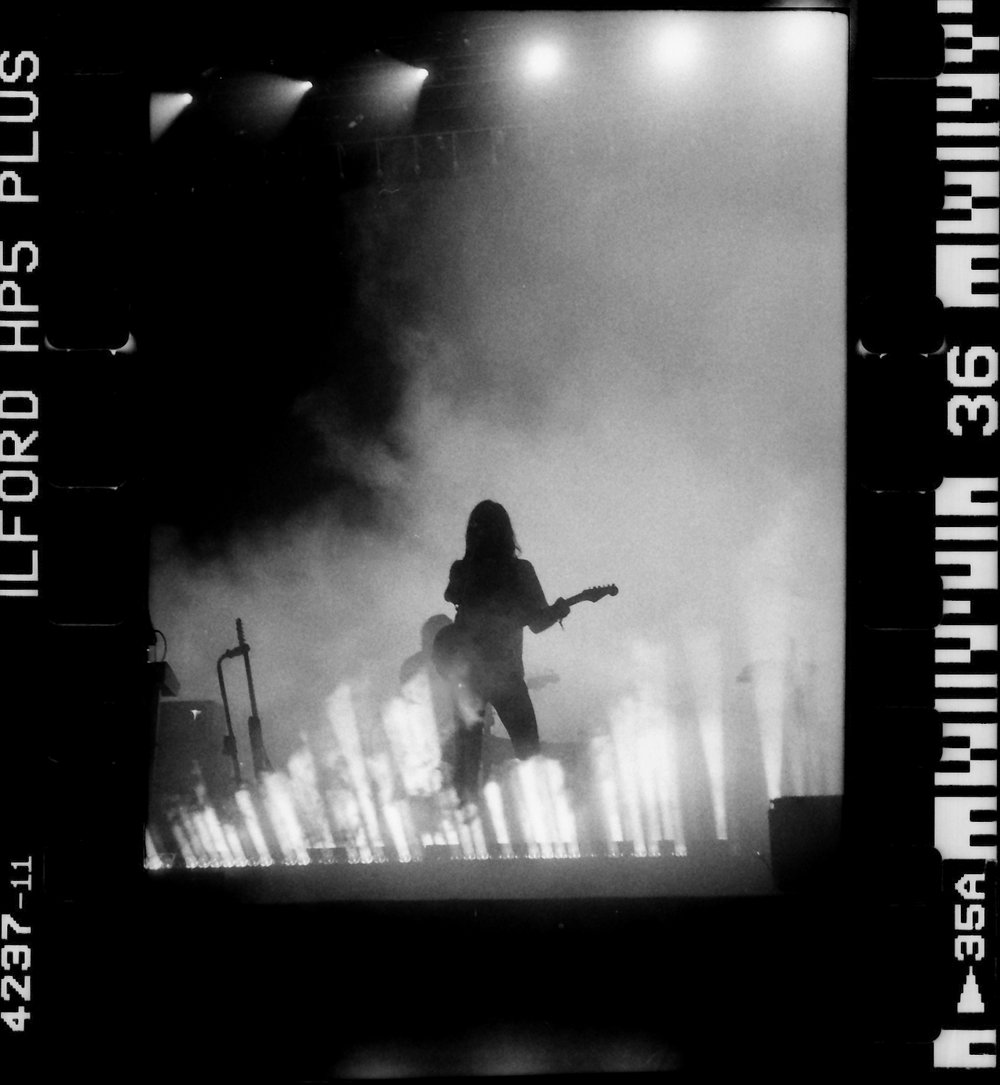 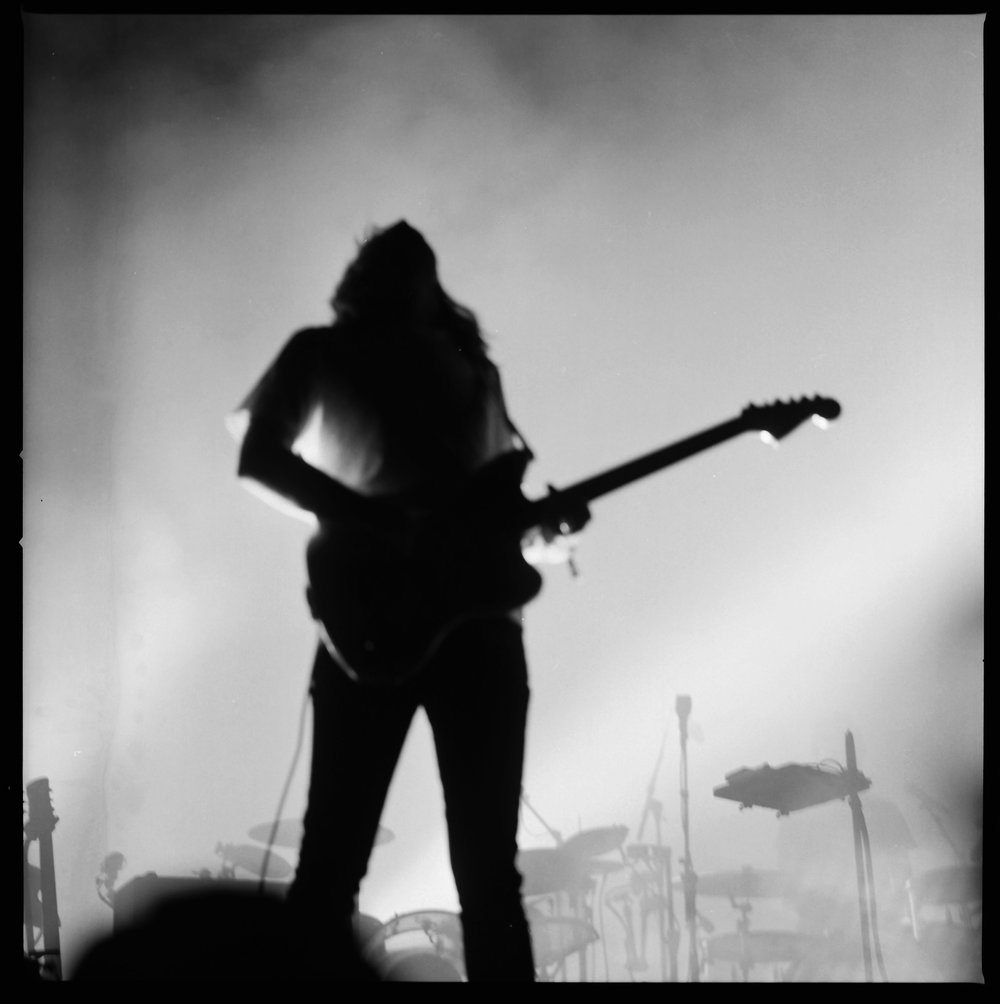 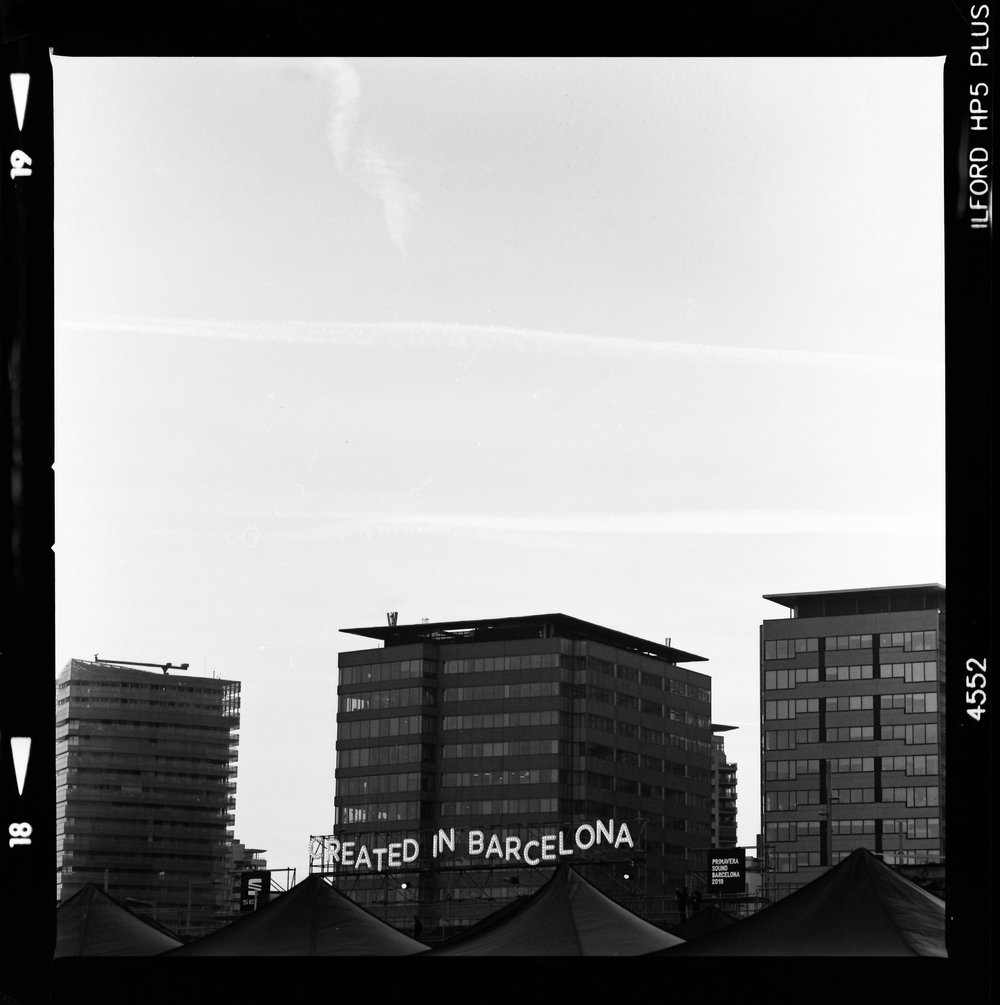 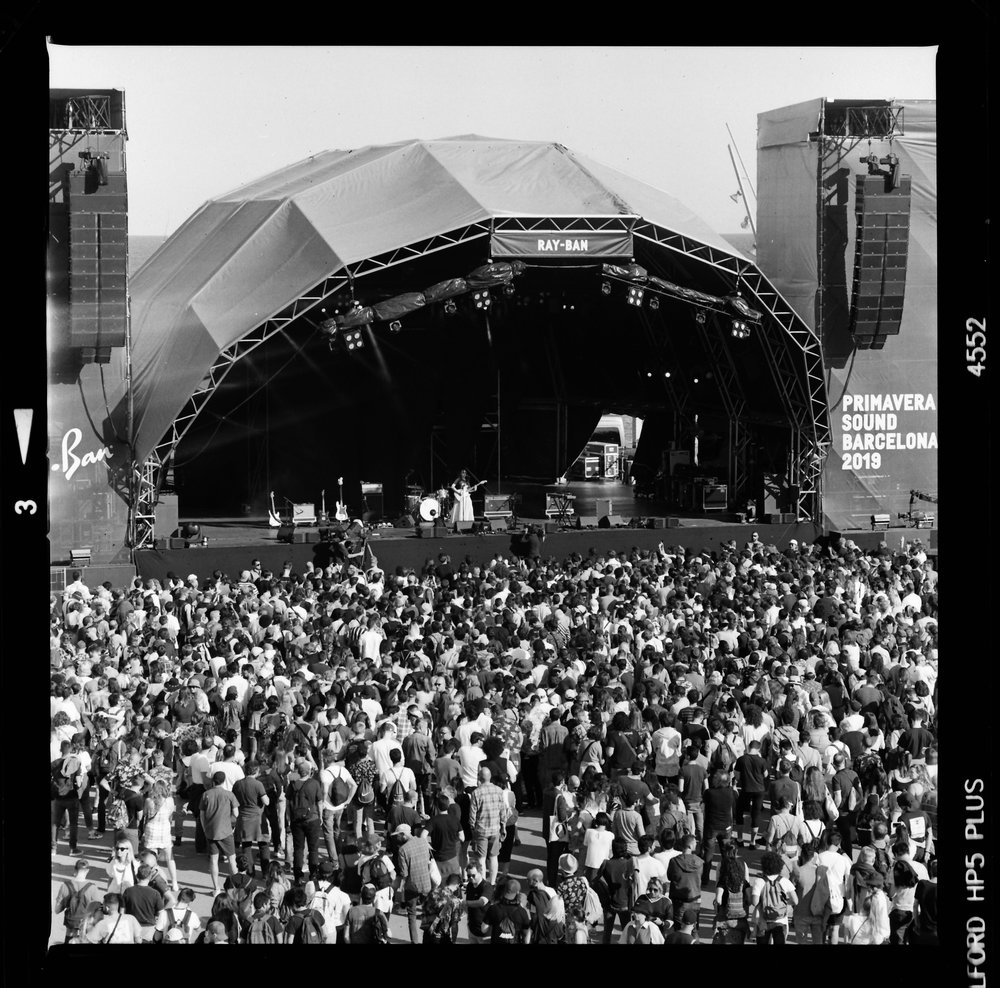 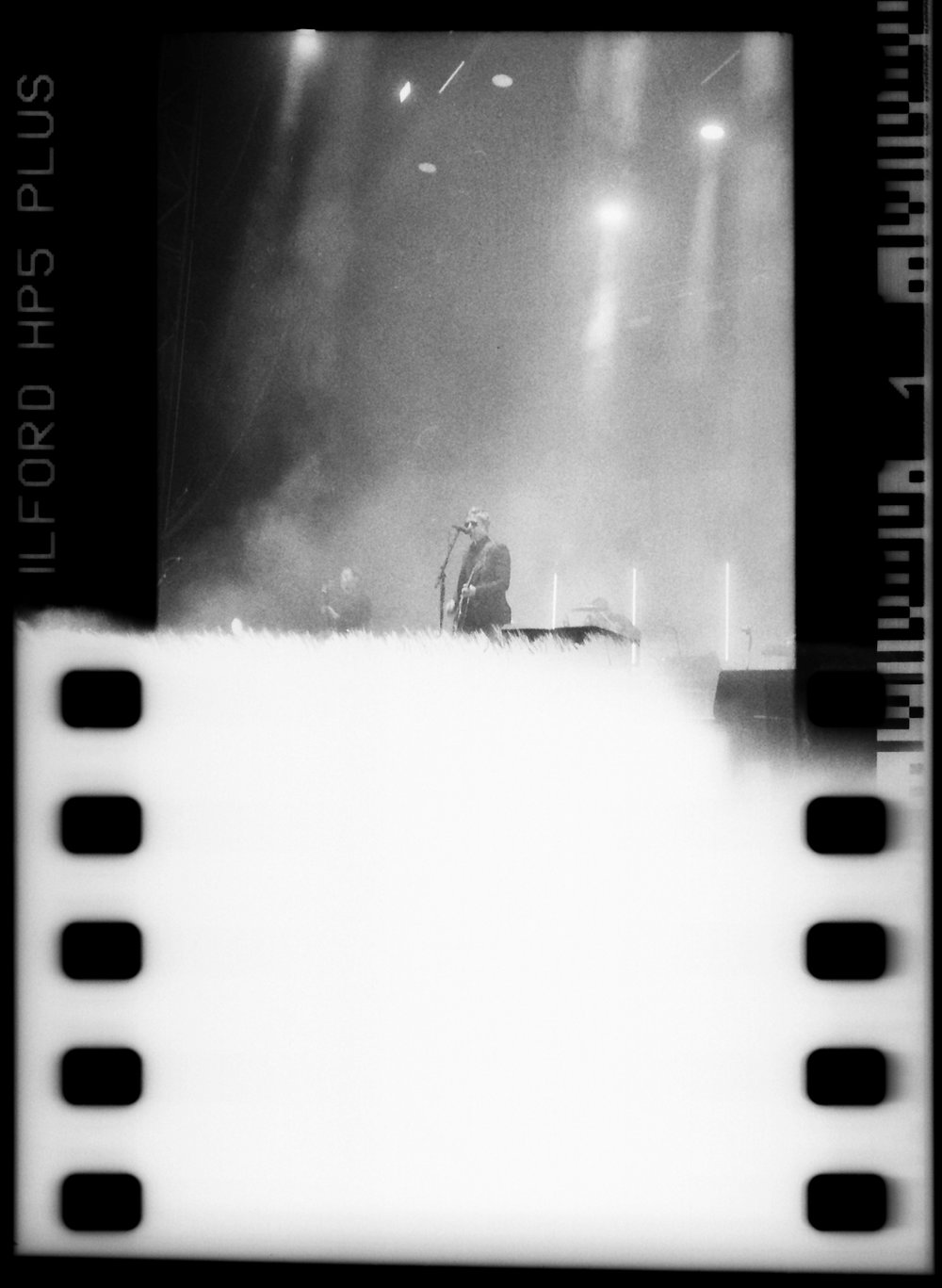 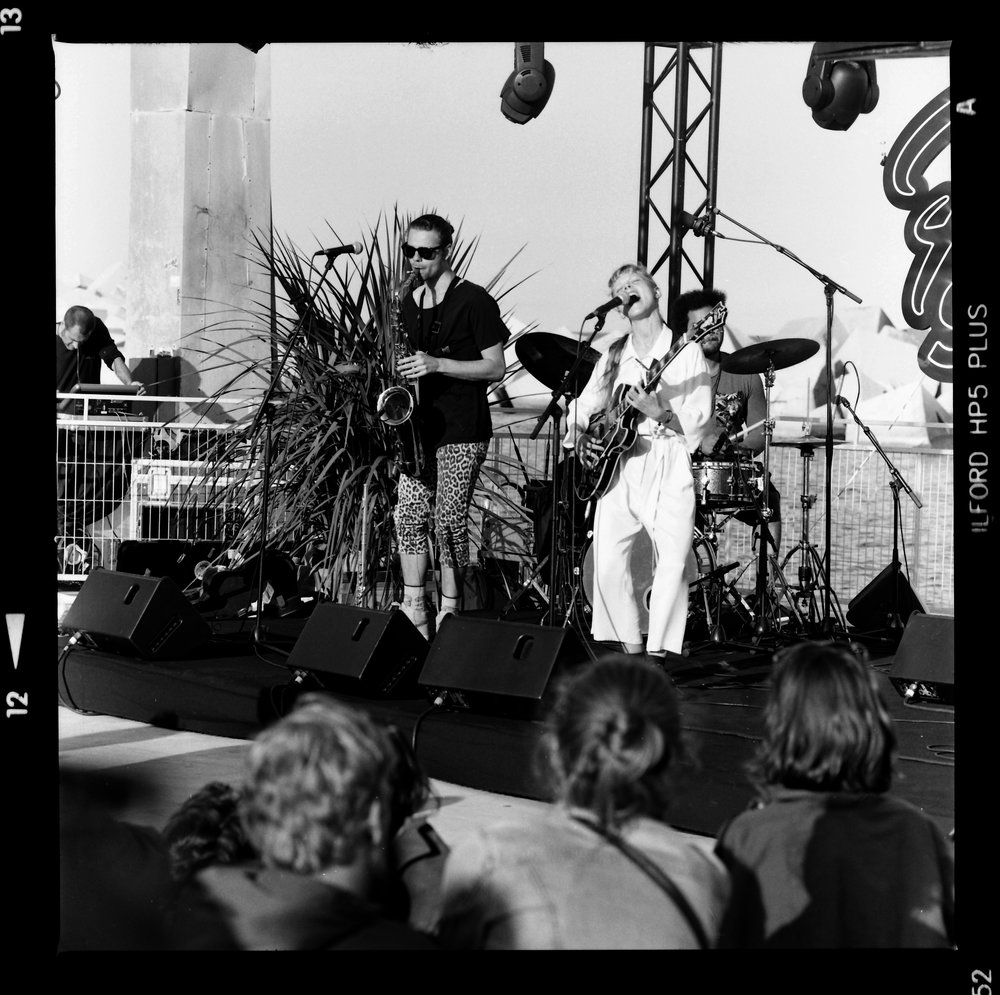 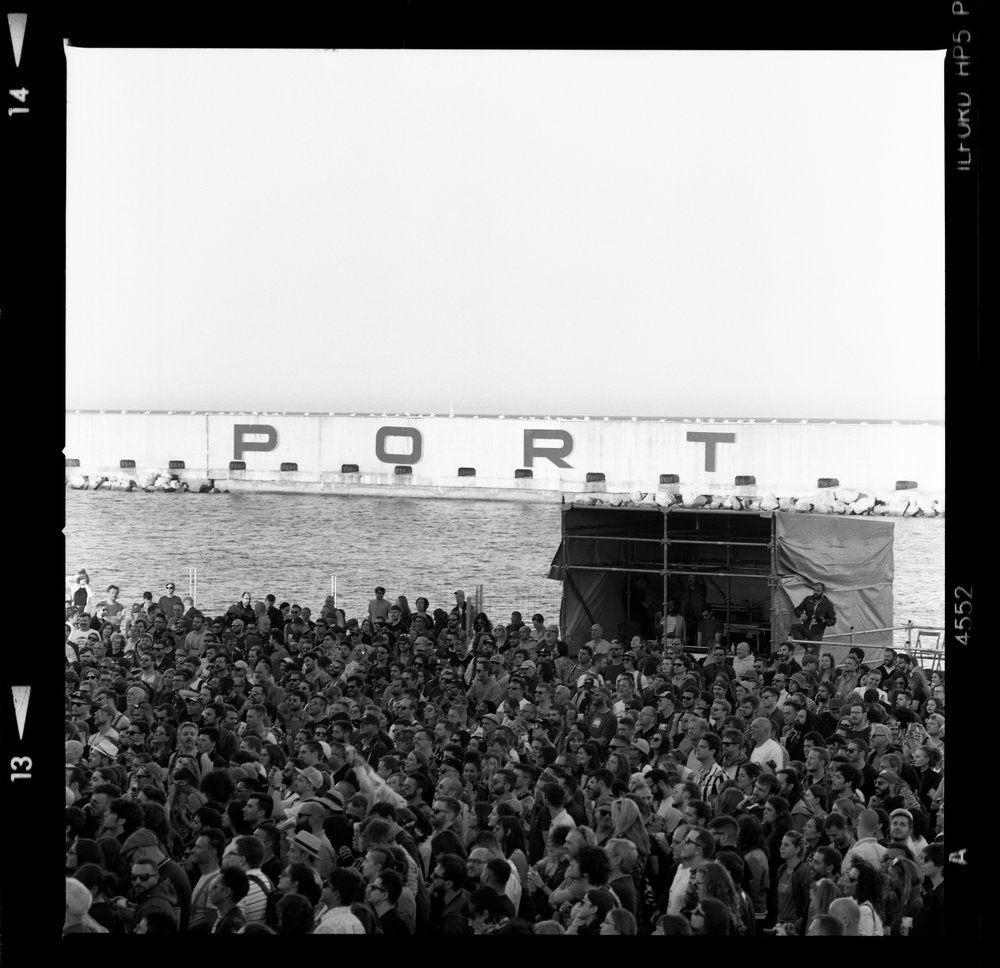 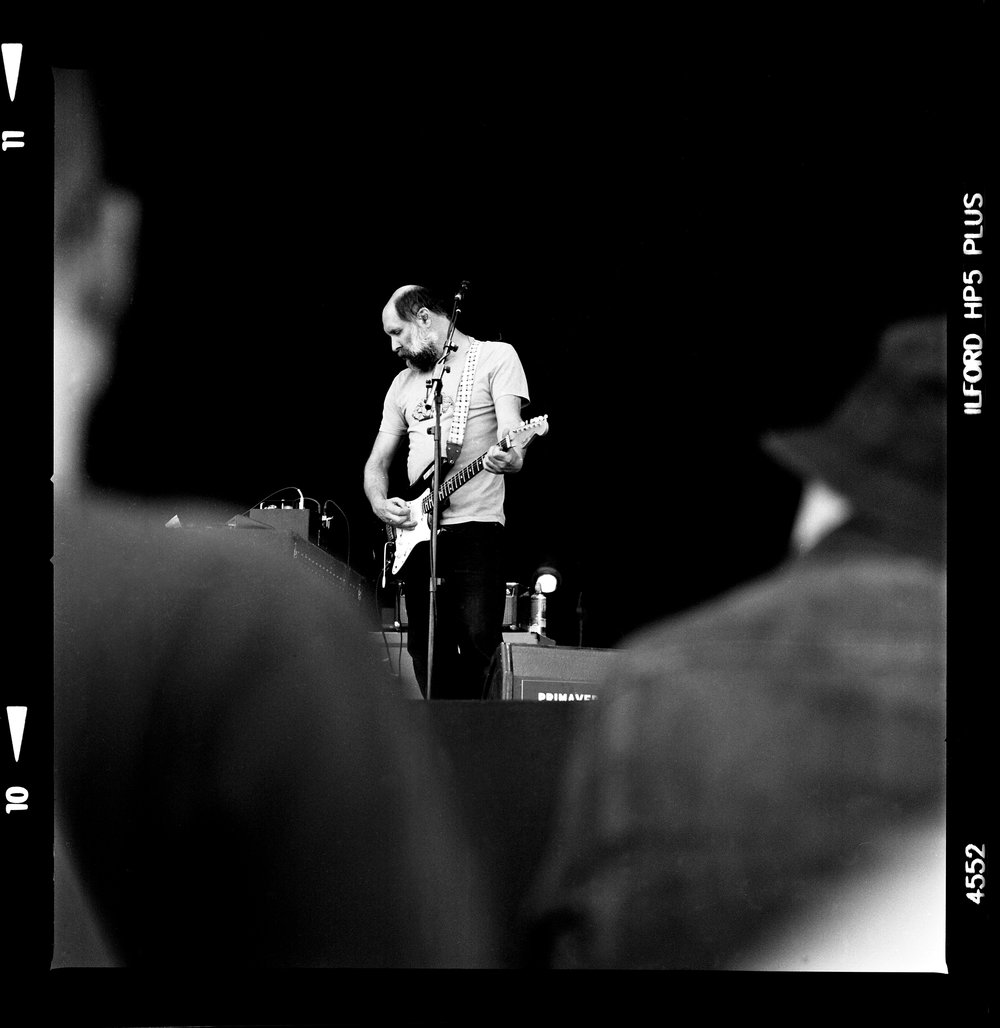 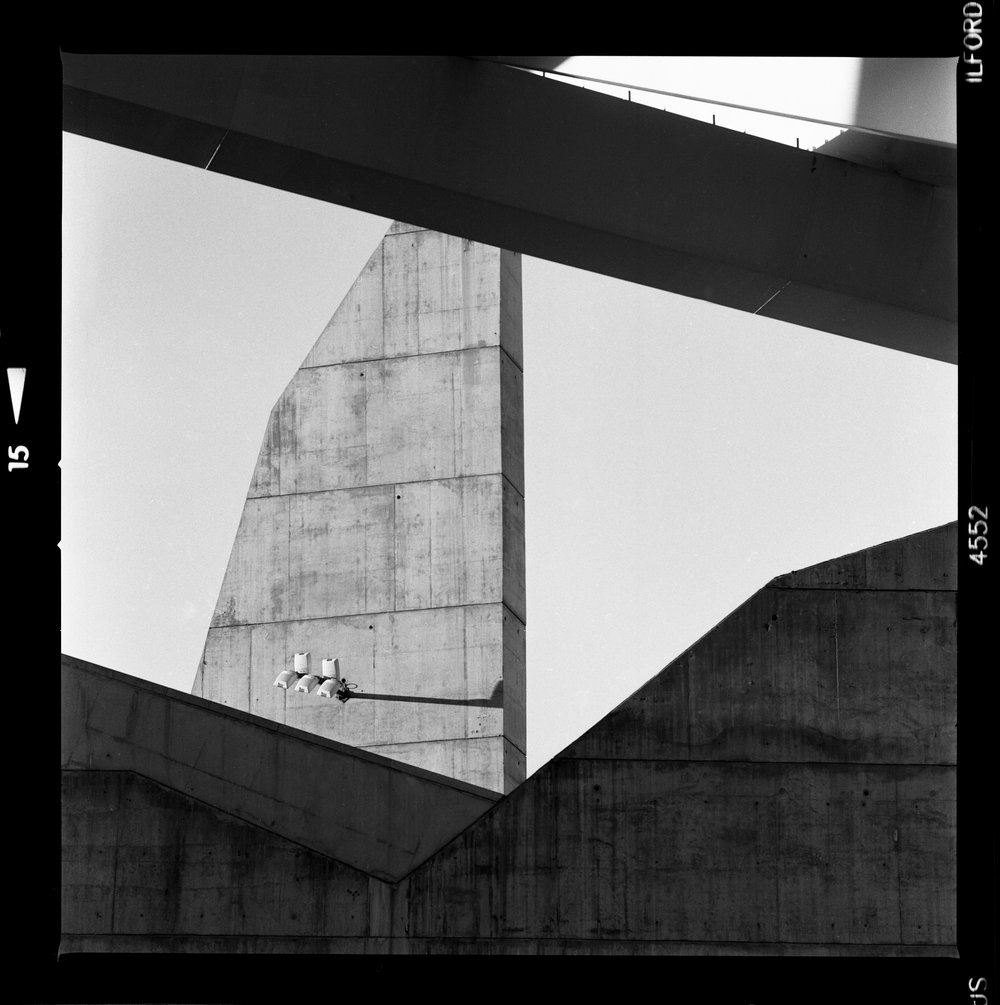 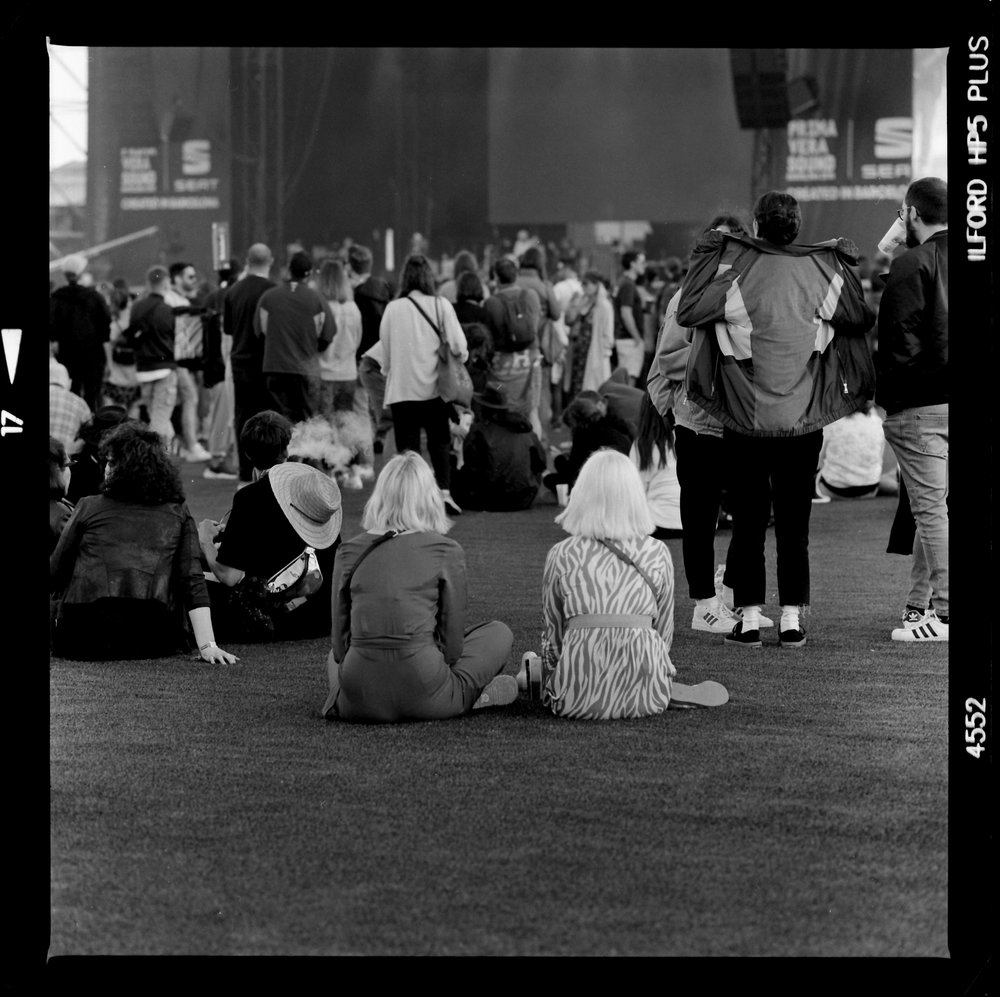 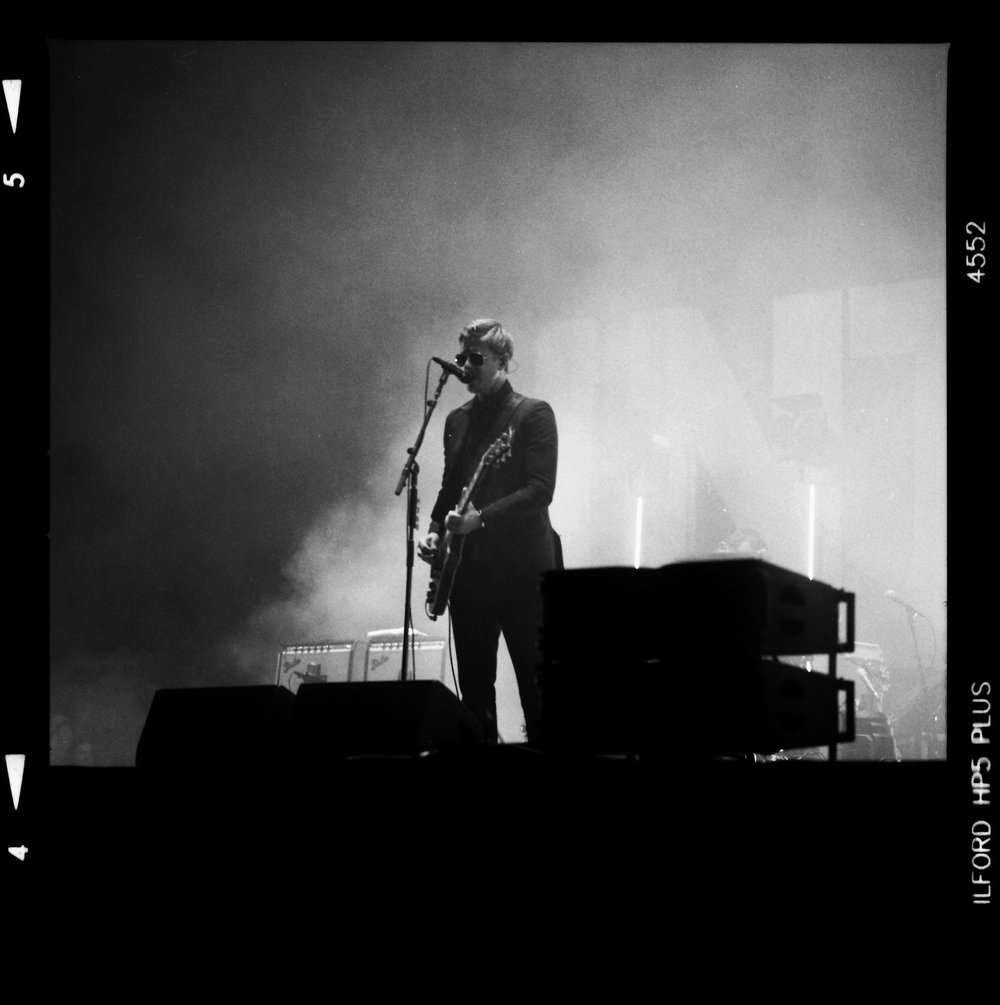 We’ll leave you with Rafa’s negatives from these few days, along with the recent announcement that next year’s edition will have Pavement, one of our all time favourite bands as the headline… if that’s not enough to have you lurking at these early bird tickets, we don’t know what will.

And if you haven’t done it yet, make sure to check out Interstate — Rafa’s gorgeous independent skate magazine. He just released his third issue, and knowing he just got back from a Barcelona-Copenhagen trip, we expect the 4th Issue to be banger!