Back to From the World Next post: IN CONVERSATION WITH THE HUNT NYC

From the World December 19, 2019
By adminmagNo Comments

I first heard about Baptiste Gaud — aka Balisto — from my hairdresser.

She somehow started talking about the son of one of her friends; he was also into the whole wave riding thing and apparently always had an apparent taste to risk.

“Baptiste has always been such a kind kid. He’s always been very outdoorsy. Growing up he was always jumping down thing, whether it was on a bike, on a skateboard, at the snow… His mom always had trouble with his hair… I would come and give him a haircut so he could go to school, and he’ll come back at the end of the weekend with a bowl cut looking like he’d escape from a psychiatric clinic. She didn’t know what to do with him some days.”

As I met Balisto during the filming of Eurothrash, 2 years ago, these words made complete sense. As we were sat on the roof of a French apartment that used to be the pre-WT Magazine meeting place. Kronenbourgs were aplenty, Balisto was completely integrated by the boys. During the day he would go surfing 1 foot beach-break in front of the Volcom house with Burch. At night Noa would take him out for beers. Integrated.

Balisto and I since became good friends. We spent a lot of time together earlier this year, and truth be told, the kid is a unique specimen. I watched Baptiste go out in 10 foot Culs Nuls with not a soul in sight, a session that Jay Davies described as “absolutely savage” when showing up a few hours later. Committing to the steepest late drops knowing he’s not gonna stick it. Snapping his board, running to his newly acquired whip and going back for more on a dinged up vessel. The kid doesn’t seem to be afraid of a thing. We worked on his iconic red moped and skated the parking lot in front of his dad’s workshop. We drove down to Spain and spent 24 hours checking every single spot only to come back with a cold. As you do in Spain.

But above all, Baptiste got very busy getting back to his first love of jumping off things… World War II related things. Moves that didn’t go unnoticed in town, and got him a new sticker courtesy of the good folks at Globe. Without further ado, here’s your introduction to Baptiste ‘Balisto’ Gaud—a name you will be hearing more from in the near future. 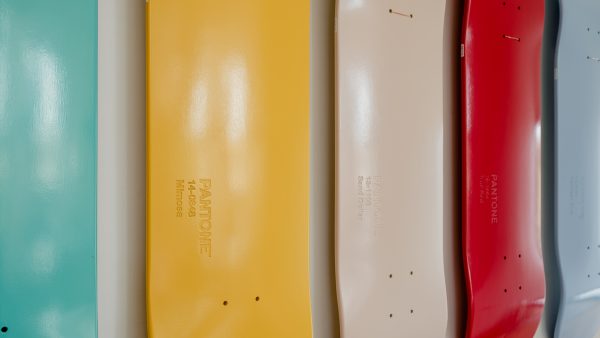