In Conversation with Kai Neville

Sometimes over looked between the era defining Modern Collective (2010) and the equally sublime Dear Suburbia (2012). But holy hell, as it’s just been released online for free. We delved back in.

And this might just be our favourite surf film ever. The names alone. Forget stars, you’re watching the constellation blow up from France to Indo and everywhere in between. All cut by Kai’s signature vision with some gold behind the scenes. A real riot.

As soon as we saw it dropped, a well timed iMessage was dropped – it being evening in Australia and morning in Europe and was promptly replied to in true gentleman form and there you have it – In Conversation with Kai Neville.

Hello mate! Just cruising. Strange times over here for sure.

WT: How is the lockdown in Australia?

Well it’s a strange one, nothing compared to how you guys are over in Europe but smaller businesses are starting to shut down. It’s just impossible to run a business. I’m really not leaving the house unless it’s for a food shop as the government are in the social distancing phase, – I would say the phase before full lock down. You can still surf but I just saw the beaches have shut down so I am not sure. I would say we are about 2 weeks behind you guys and I would imagine headed in a pretty similar direction. It’s the only way. I think they should of just lock downed from the get go, it does freak people out but at least you have certainty. Here it’s changing everyday, slowly clamping down.

WT: How’s that work wise for you?

Well it’s quite frustrating as with everyone I’ve had everything put on hold, I was also in pre-production mode and don’t have much editing on right now which is annoying as these days are an editor’s dream! However I’m doing a few directors cuts, tiding up the decks a little. Focusing on my family, it’s nice to be in Byron where we can breathe a little.  It could be a lot worse, no complaints.

WT:  Aside from the global pandemic and ensuing meltdown, just seen that Lost Atlas has been released online. How rad is that? Talk us through it

Well, I’m kind of at the whim of our distributor. I saw it was already on YouTube and was like, ‘what the fuck?’ and hit them up. They explained to me that part of the deal and they get royalties etc. They only wanted to do it with this one though as a test – I was like, what? You don’t like Lost Atlas… (laughs) I saw a few of Taylor Steele’s films are out there so it can’t be all bad.

WT: It’s insane how it’s filmed what 10 years ago and released 9 years ago?  Time flies.

Oh man, it’s insane. You kind of get lost in the numbers but I just rewatched it. Fuck it’s so novice! I can’t believe I shot on a 7D! The colour is so bad! I guess as a filmmaker you always look back at your work as being so rookie! But that’s cool, that is progression and I like an independent feel. 10 years –  wow. We’re getting old.

WT:  But what about the faces in it? A lot of them are still leading the charge!

I mean, the boys have had a pretty good run haven’t they! I mean it’s over 10 years of travelling and surfing. Half of them are, maybe pretty close to at their peak and still world leading. Still the reference for a certain era which is really impressive. From my view that crew was such a good one, and still is. After working with Taylor Steele for all those years, and then with that and after Modern Collective I was really lucky to be able to be selective as to the surfers I worked with and who I wanted to go on trips with.

I think they still have a lot of longevity as so many people have watched their clips over such a long time that I guess they kind of become iconic in a way.  Relevant and remembered I hope. Over half of those guys are still my closest friends today and if I was to do another project I’d pick up the phone straight away – they are so good at what they do. 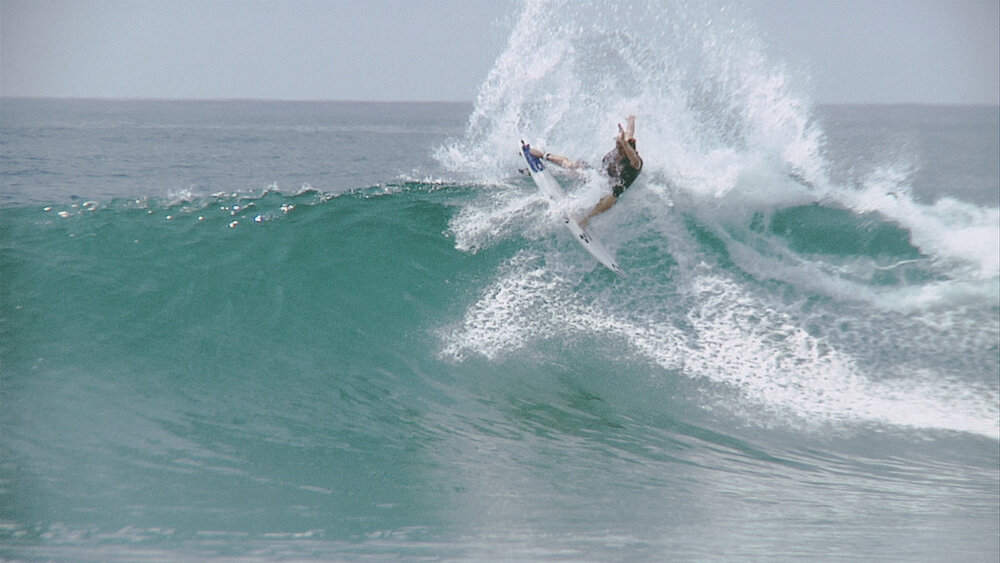 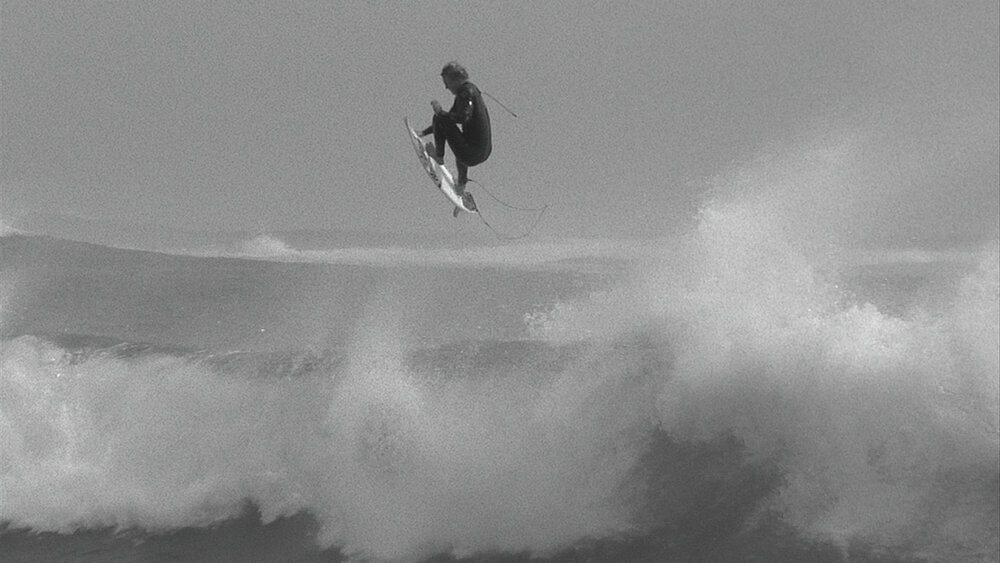 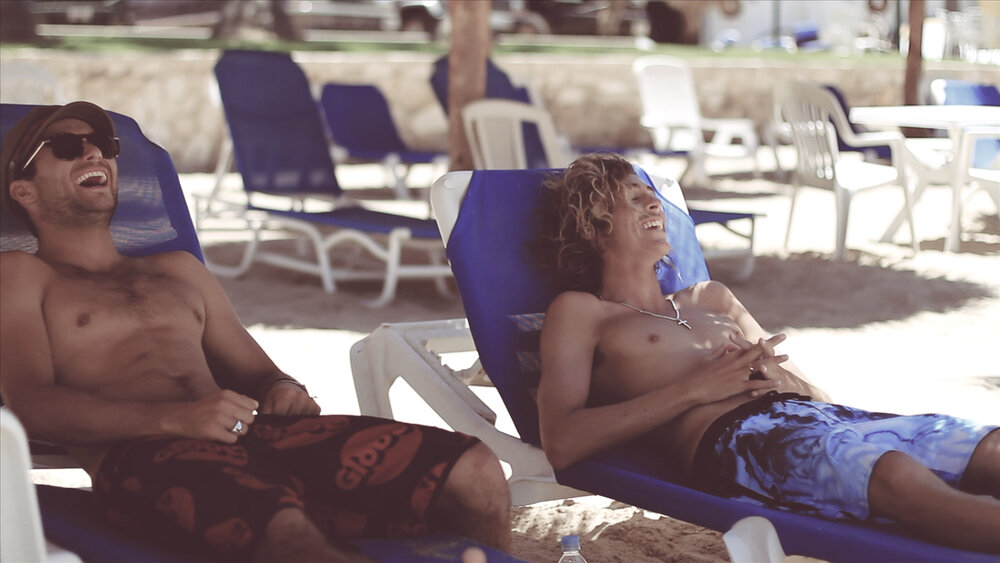 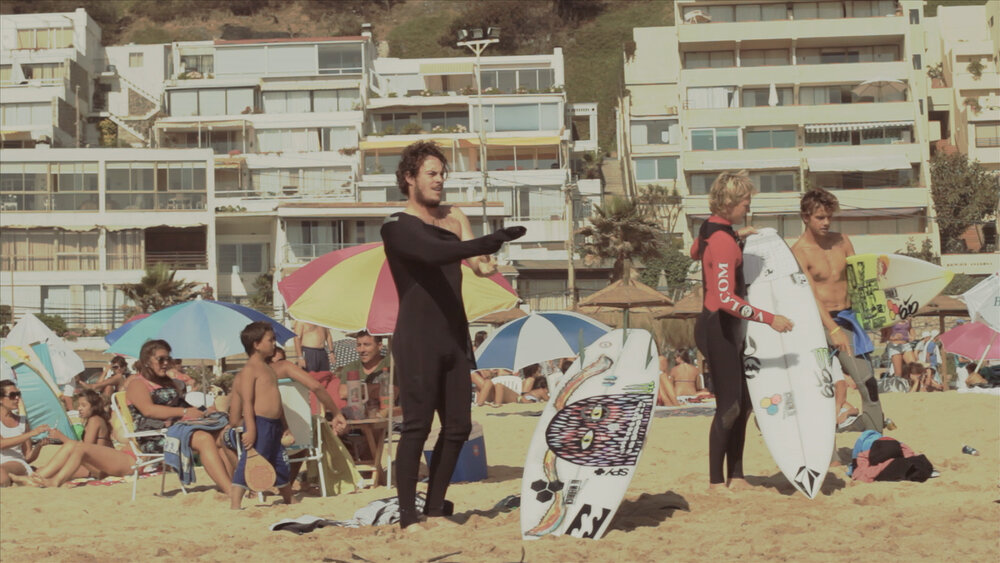 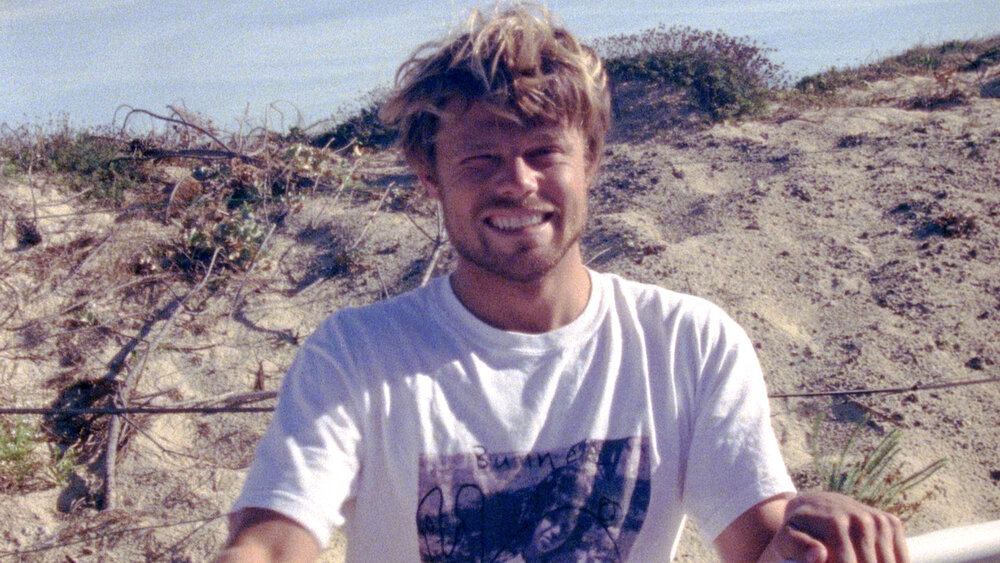 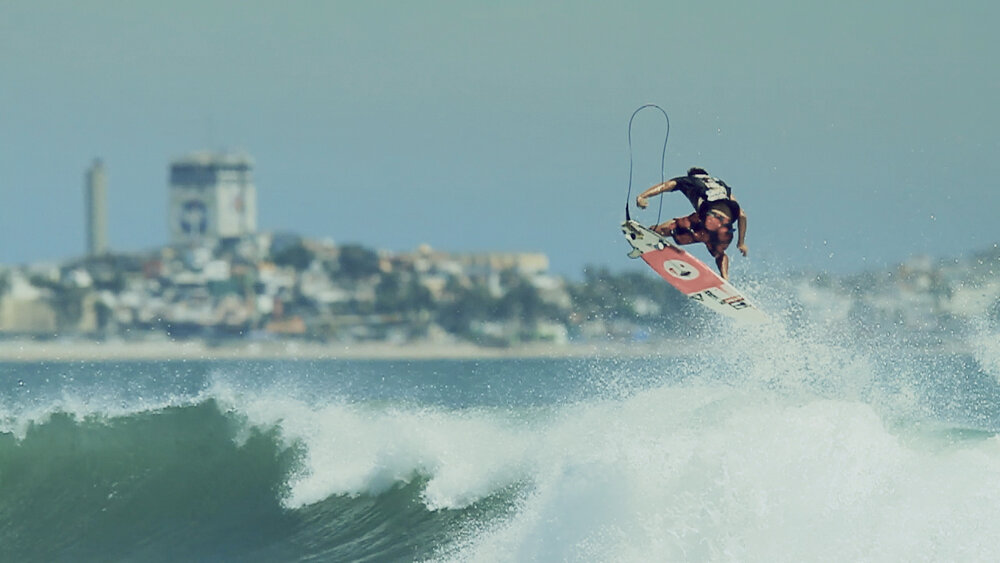 WT:  In Lost Atlas it’s refreshing to see top tier WSL guys like John and Jordy mixing it up on the same trips with Dion etc. I can’t remember the last time I saw that.

I’ve always enjoyed to break down those walls of big brands, huge paycheques versus flow guys, managers, contracts and whatever. It’s a good mix. Just keep everyone on a level playing field during those trips. Everyone can just be themselves and hang out. Focus on surfing and having fun, surfing together and forgetting all the other shit . I feel people come into their own and you get to see true characters.

In Lost Atlas I was interested in the guy’s characters personally so that’s why there are a lot of sneaky 7D shots and candid audio etc. A tiny insight as to who those guys how without them doing a sit down interview. Interviews are hard as people put up their guard, you watch the WSL interviews and most of the guys have the same answer – you never see the character behind. It can be pretty Vanilla. Which is a shame as a lot of these guys that come across as boring in interviews are actually really interesting –  cool and down to earth.

WT: It seems that a lot of the attraction of that behind the scenes stuff was just the relate-ability of the ‘surf trip’ as a ‘surf trip’ in itself. Doesn’t matter if you can’t surf like Dane because you can still have a good time with your mates on a trip right?

It’s exactly that. When I made it I just wanted some young Aussie kid to be like “Wow fuck that looks fun, I want to go to France, drink wine and tear the shit out of a beachbreak”. Just showing trips for what they are, yes it’s surfing but we want to have a good time around it!

WT: Did the surfing get heated at any point?

Oh wow, we went to Sumbawa with John John, Dusty, Chippa and Mitch Coleborn. You gotta remember that this was the first trip I had done with John, people were recommending to take him on a trip for a while as they had seen him blowing up in Hawaii. In my head I still pictured this grom right? So we got him on the trip and it was like ‘holy shit!’. He shut the whole thing down. Destroyed it. Him and Dusty going head to head. Coleborn was so freaked out by John’s surfing that he didn’t want to surf haha.

John John is one of the best surfers I’ve ever filmed.. I’ve only been that impressed from the get go by Noa, he blew up, in my eyes, on a similar scale on the first trip I did with him. Those guys are awesome to watch. Amazing to film. 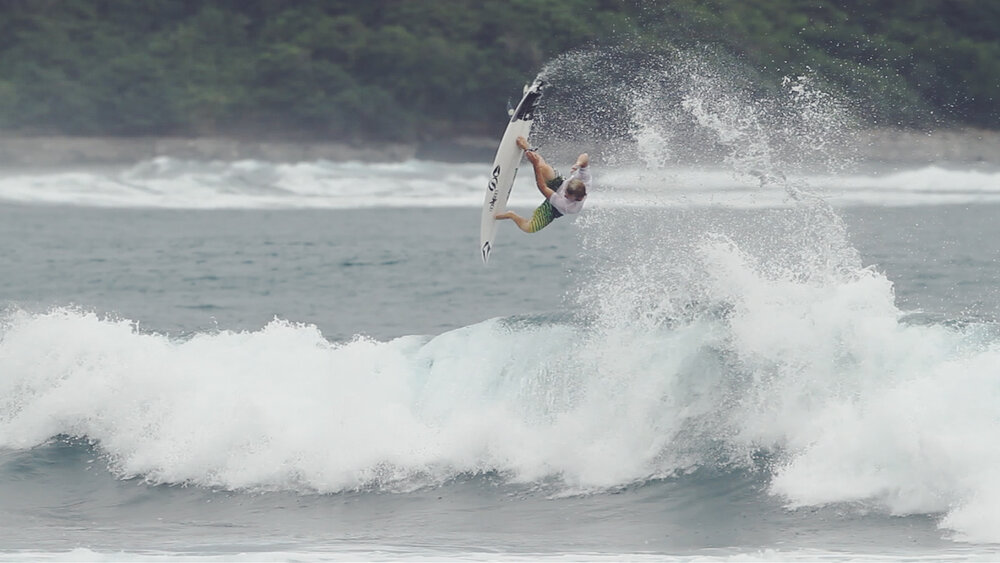 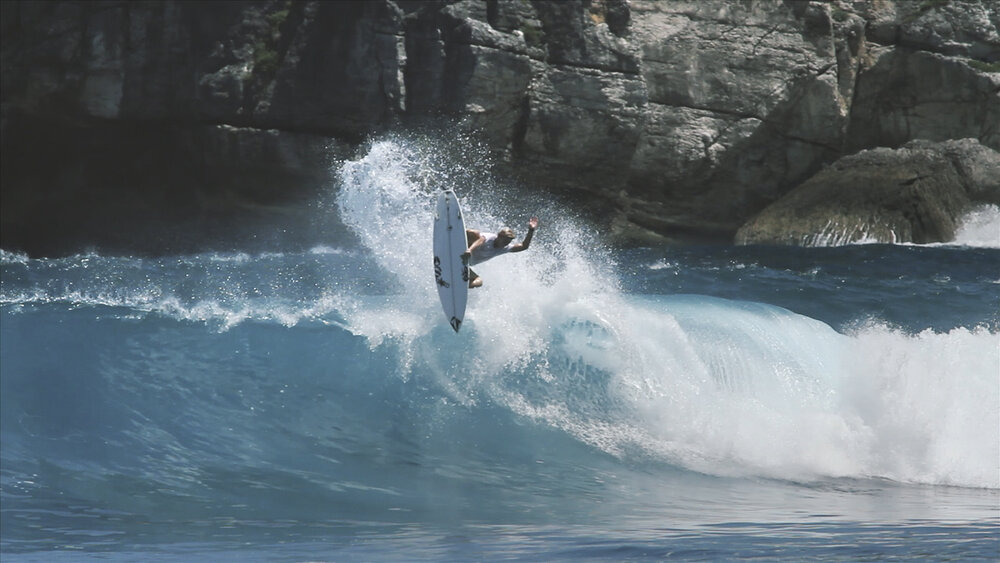 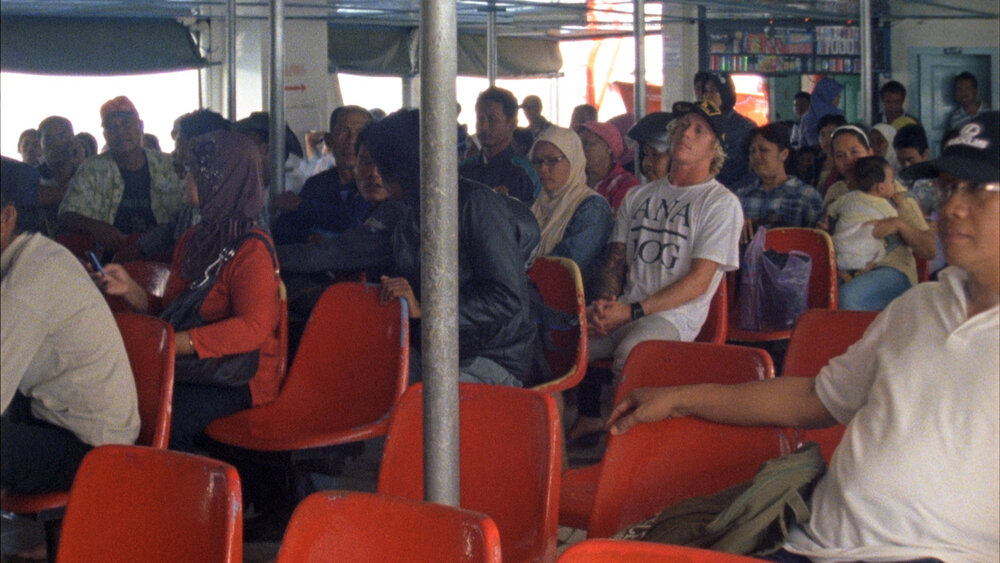 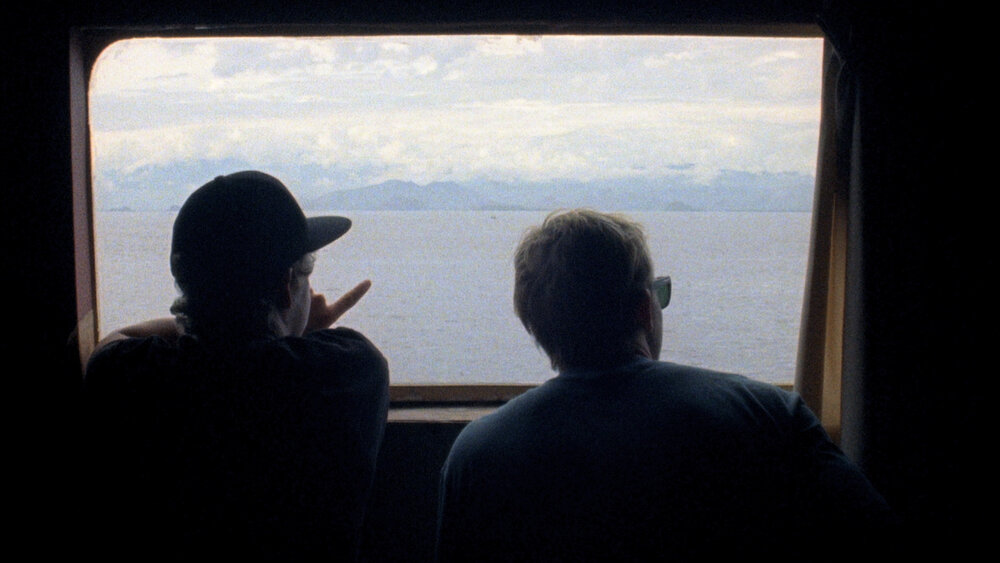 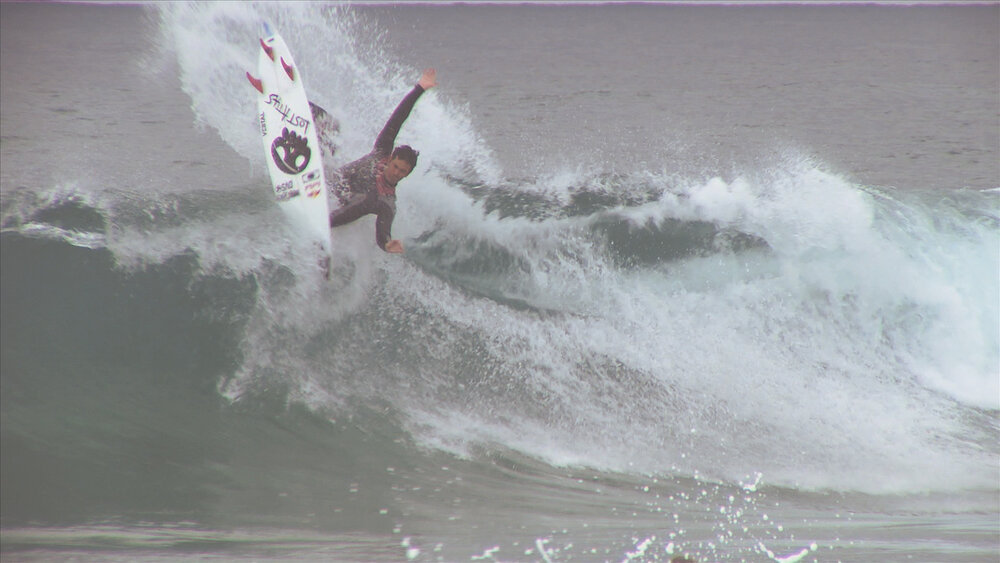 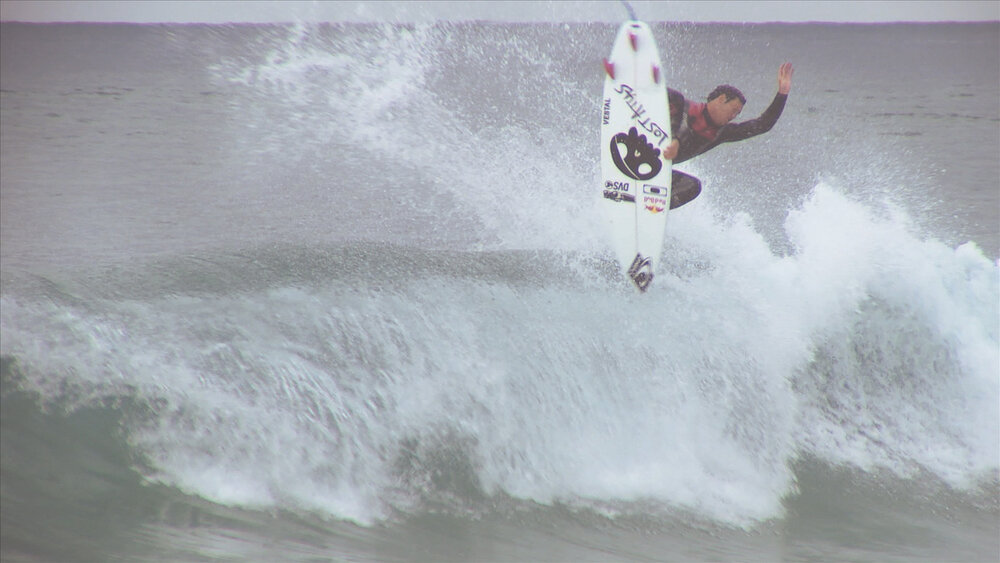 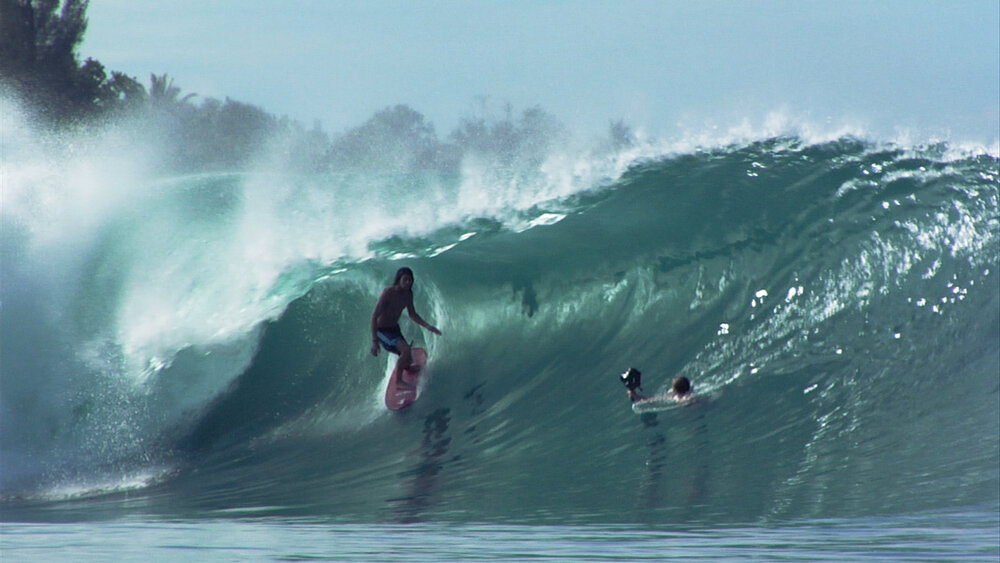 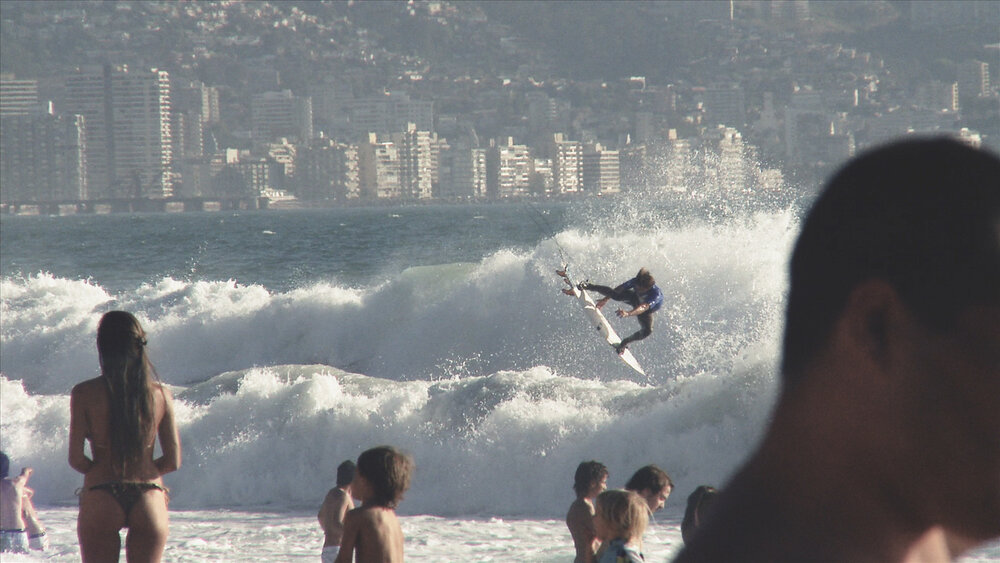 Dusty was on a tear. He was really focused to have a good part in the film as after Modern Collective I think maybe he was a little down as Jordy and the gang were going ballistic and Dusty had been a little out of sync on a few other trips and just wasn’t getting the exposure he deserved. To that end he was so dedicated to getting a good part, it was cool – he didn’t get too neg. He just ramped it up and went fucking skits. Sick to work with. When people want to work like that I am stoked. I will sit on the beach all day and toast myself to get the clip. You have to want it.

WT: I think a lot of our audience grew up watching this, and modern collective etc. No IG, just waiting for the next movie to drop. It’s pretty cool to have that insight into what went on with those guys at the time.

I think that especially right now people are diving into the archives. Everything is on hold, freesurfing, WSL. All paused. It’s a cool time to look back on the surf film itself as it paved the way for brands and people’s careers that still carry a lot of weight now. I mean look at little old Lost Atlas! That was such a cool time! Jordy was just starting to go thermonuclear. Craig. All the boys.

WT : So looking forward, whos on your radar? who’s that next crew for you.

I’m not on the pulse as much I used to be, as I lived it and breathed it for many years. I’m off working in other areas now but half of the guys in that film are still up there. But you always need fresh blood. Fuck man that’s a really good question. As everyone surfs so good and they always have done –  but on film – you need that something, that charisma. I mean Shaun Manners is really impressive. He’s ripping. Dakota Walters. Oscar Langbourne. Damn I’m just naming all the EPØKHE riders. Benny Howard is good from what I have seen. Obviously there are all those crazy American and Hawaiian surfers like Eli Hanneman, who rip! But then it does comes down to how do they stack up on a trip with Noa, Craig and Chippa.

WT: For  example premier tour nights out in Amsterdam with us, Dion, Noa, Chippa and Jay?

Haha. Oh God. That’s the apprenticeship right there. Holy shit. Dion hit you up about this year yet?

W.T: Yep. He skipped a year of the infamous premier tour and now he wants to come back harder than ever.

Oh no, I want no part of part that. Actually I do want a little slice of it. Sounds. like a hell time. He’s got that Globe part he’s been filming for a decade so maybe that will be ready?

Yes, indeed. Hope I can get over your side with the boys once this is all over. I think this summer will be lockdown as Autumn your side is a dream. So ready for some Euro vibes in the bloodstream! Pen in some dates for Autumn… and stay healthy lads.

As a little promo, and to get us through these hard times – we’re offering up to 30% off all EPØKHE sunglasses through this article with the code KAI30, click here to browse.