Skip to main content
Close Search
Back to From the World Next post: Wasted Talent FM #22: Yann Horowitz 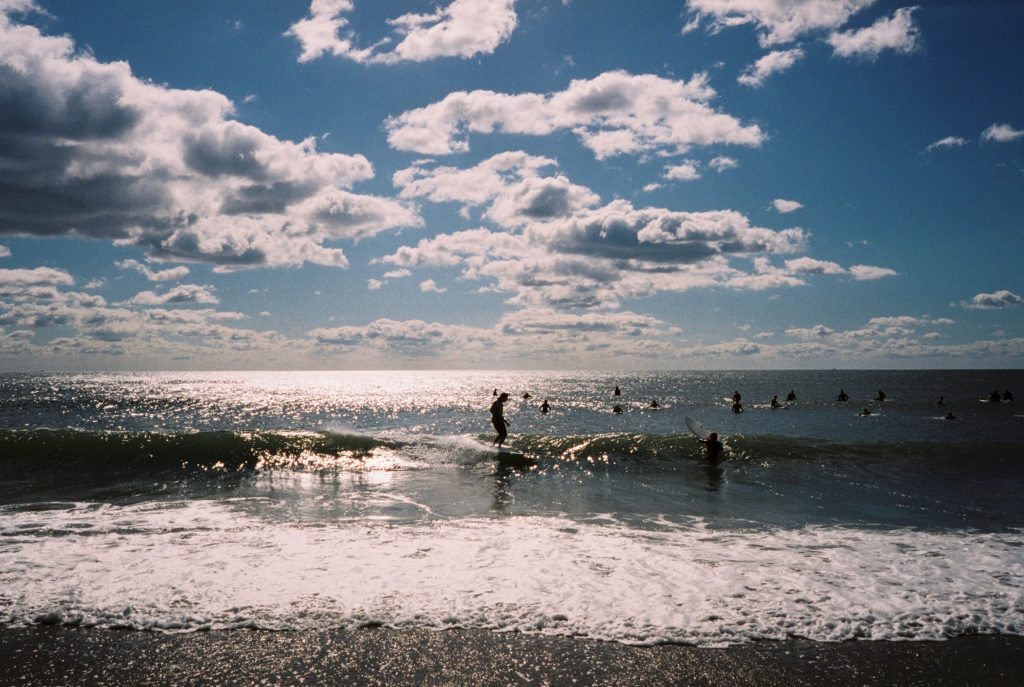 When my friends and I hit “working age” growing up we all decided to get the same job because that’s what seventeen-year-olds who grow up together do.

We were instructors at a beach safety program set up by our city council and the local lifeguard department. Basically a summer camp that taught idiot children how to surf, general ocean awareness, how to shuffle your feet to avoid stingrays, and to stay away from bluffs and swim parallel to get out of a rip and etcetera, etcetera, etcetera. We figured we’d be getting paid just to hang out at the beach all day. Which we did. It was the best job ever.

Now, there were two shifts. Morning and afternoon, with an hour-and-a-half break between. No one was really ever able to “take” that break, however. This is because we always had to take the kids from the morning group to a pick-up-and-drop-off lot and wait around for their parents to come and get them. And then we had to stick around for the afternoon group to get dropped off right after. Make sure everyone is accounted for before heading back down to the beach, you know. So, we had 90-minutes to ourselves but it was always spent making sure there was no funny business involving lost puppies and some unmarked panel van.

Here’s the thing, though: the beach we set ourselves up on also happened to have one of the better waves in the entire county. That standing around and eating whatever sad packed lunch over scorching asphalt nonsense? Not going to happen. Not for me at least, no. Instead, I somehow convinced my boss that I should, “watch all the equipment,” and stick around on the sand. So rather than spending every 1130 to 13 hour part of my day telling kids that it’s not ideal to run into oncoming traffic, actually, I just spent it surfing. Work smarter, not harder, always.

Was that one of the best times of my life? I don’t know, but maybe: working an easy job with all my mates, white sand and a warm, cyan ocean, going absolutely nuclear on the local daily. Sustaining on nothing but the same tuna on wheat sandwiches. I mean, maybe it was the peak of my life and I’ve been looking for the metaphorical shade under the lifeguard tower from that violent Southern California summer desert sun of life ever since. Maybe getting to surf every day no matter the conditions simply because I can was as good as it gets, and I’ll never get anything as pure and good as that back.

Except, no. Wrong. Look outside. It’s August and it’s a scorcher and more than likely you’re reading this over your lunch to pass an extra twenty minutes before you get back to it. Grab your board right now and go for a paddle no matter what the report says. Do it because it’s the middle of the day and there’s nothing more freeing than surfing right in the middle of the day. Here’s why: 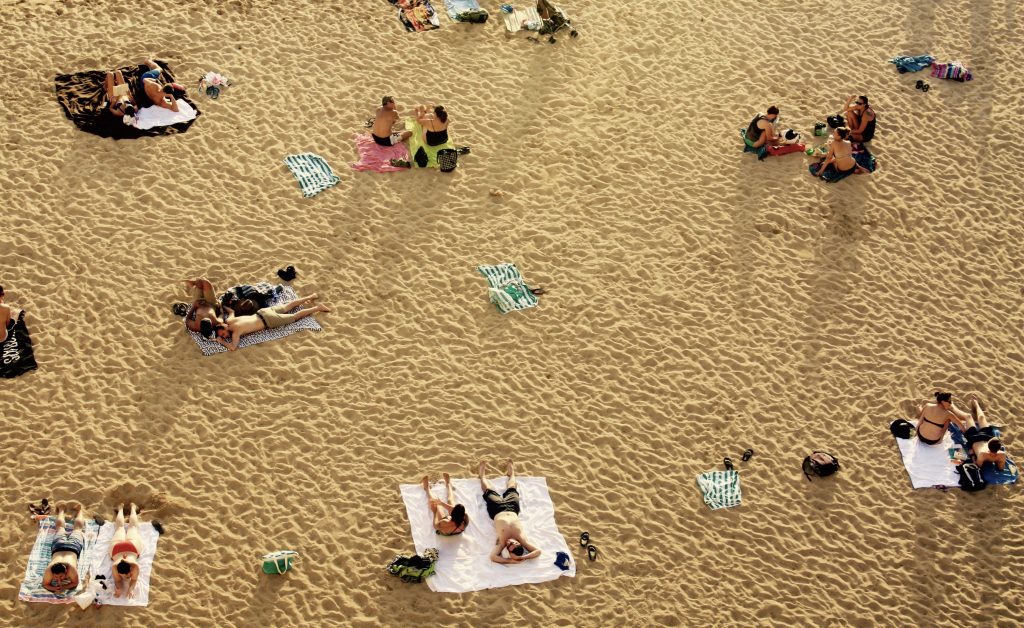 Crowds Are At Their Most Inconsequential.

The midday beach crowd is the only good beach crowd. No morning psychos whipping into the lot at 530AM with giant carafes of coffee in one hand and an immaculate Slater designs in the other. Or the sorry workaholics who are just trying to get a few in after clocking out around sunset and are willing to drop in on your every wave to do so. No, midday surf’s are for kids who are taking time off school and people without jobs. That, and people who know how to be truly free. It’s the purest form of gentleman’s hours.

Because the wind and the tides are the way that they are conditions in the middle of the day often aren’t the most ideal for surfing. That doesn’t have to be a bad thing, because think about it: when you fight back that always-crisp early morning air to roll out of bed for a dawn patrol, what’s the first thing on your mind? That’s right, you think, “I hope it’s good out there.”

And if it’s not? Well, then you’re just grumpy the whole day because you woke up early to fight thirty other people for a dinky closeout. It can ruin your day. It’s why you hit the snooze button. And in the evening, even worse. Bad day at the office? Well, you just want to surf. But if that session’s bad, well, now you’re even more tired and pissed off than you were before.

Surf in the middle of the day though and there are no expectations. You’re just happy to get out there, really. Even if it’s bad, the fact you spent your time paddling around while everyone else was preparing for back-to-back-to-back afternoon meetings that all probably could be sorted out as emails is a massive victory. That, and, onshore winds really aren’t that bad. Those are air-winds! Kai Neville should’ve taught you that. 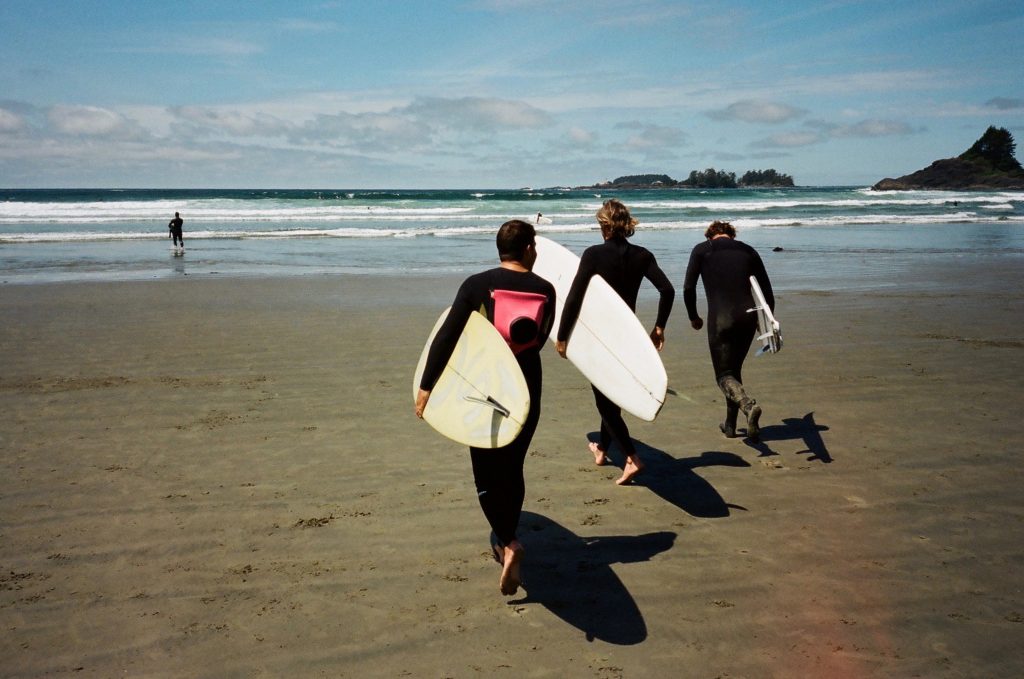 It’s When You Look Your Literal Best.

Going to let you in on a little secret here: the midday is called the midday because it’s when the sun is in the middle of the sky. I know, I know. Mental. Nice bit about the sun being directly above you though is that that’s ideal tanning light. Always wear sunscreen, of course, but in case you don’t and want to get quick hour dip in the ocean? Well, you’ll be yomping back into the office with your base layer sorted right there. A week’s worth of sessions in that light and let’s just say the length of your boardies won’t be the only eye-watering thing about you.

People who head to the beach in the middle of the day with the intention of surfing know what they’re about. There’s no hanging around the parking lot. There’s no putting a towel down and just laying there. And as someone who’s traded their sandals for loafers made with only the finest leather-adjacent material, I don’t have time for the sand. No, it scuffs things up. Plus when has anyone ever complimented someone else on how much sand they have in their car? That’s right, never. Forget it. Beach, straight to the water, back to the beach and then back to wherever you were before it all right after. That’s how it should be so that’s how it is. 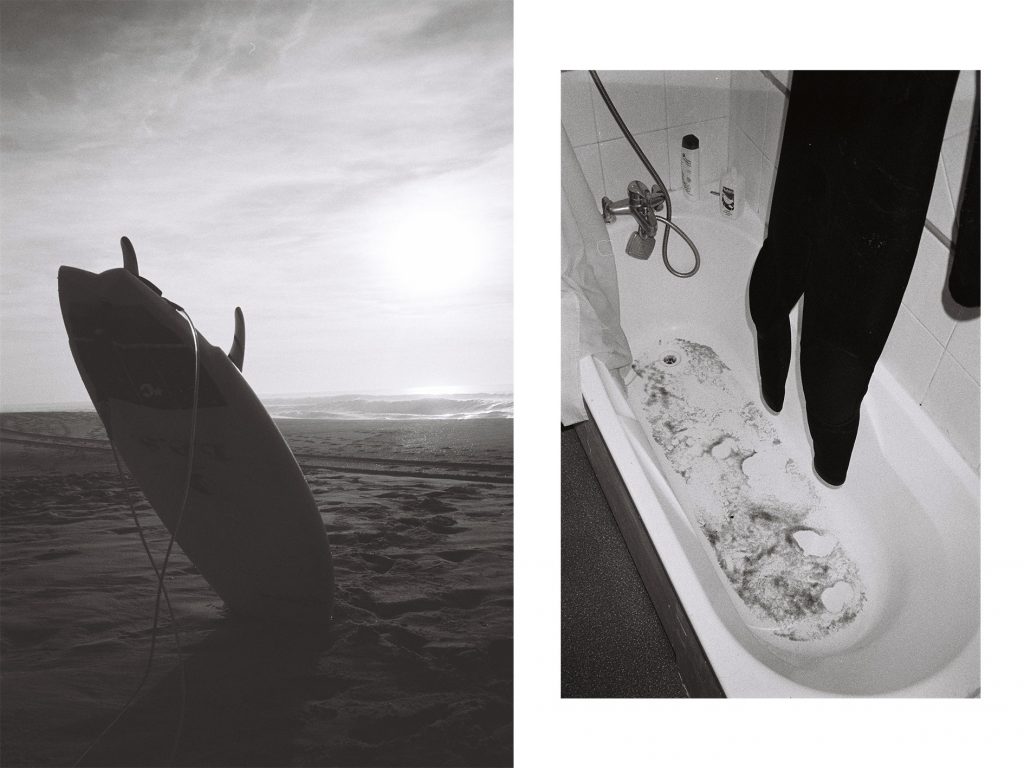 If you surf on a weekday it is the ultimate power move. To walk away from your job at lunchtime, go to the ocean and potentially never come back is an absolute flex. It tells the colleagues around you: this office is not my life. It tells your boss: I know it’s just as easy leave my desk empty here, forever, but I still come back, always. Under-promote me at your own peril.

Similarly, using the middle of the day to surf on a weekend or day off just tells everyone you like surfing. No, you love surfing. You surf even if the conditions aren’t right because you’re just happy to get out in the water. You are the purest type of surfer. But you don’t let it take over every aspect in life. You don’t let a pesky bit of surfing get in the way of other nice things like morning walks with a croissant and a coffee or sunsets with drinks and friends and four-hour dinners. It’s making the best use of your time and having something of a semblance of control in your life. Allez being in the ocean right when the day is hottest. Allez onshore winds. Allez surfing in middle of the day. 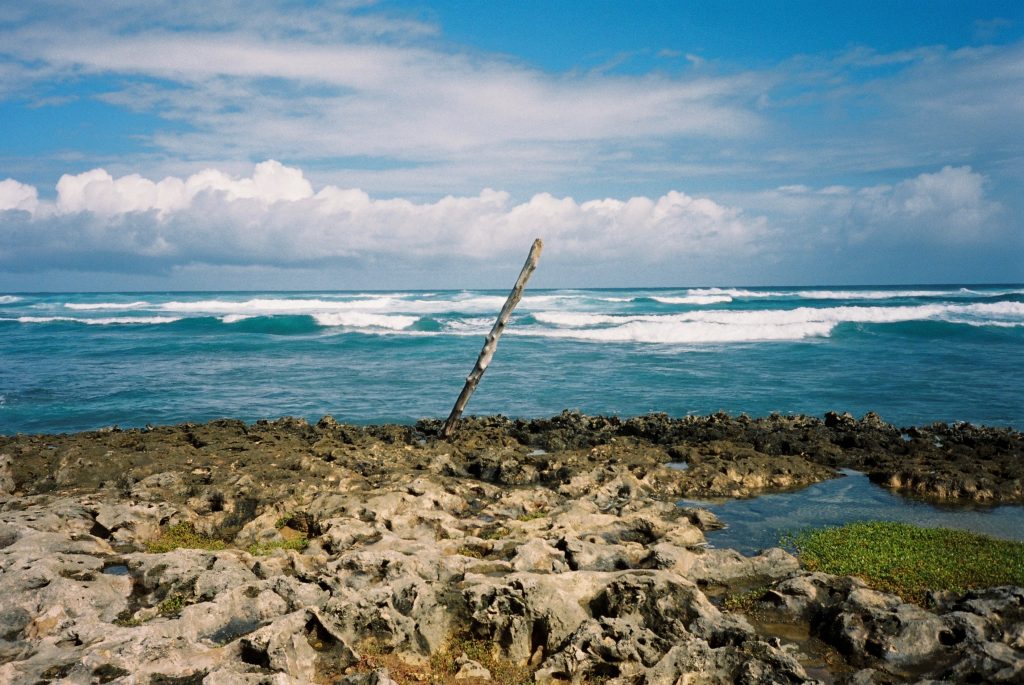 Get the shrooms out.
Robin Pailler
From the World
November 29, 2022