Skip to main content
Close Search
Back to Mise en Scene Next post: The Making Of Pentacoastal

Mise en Scene: Beyond The Noise

During the course of 2018, we’d heard the name Beyond the Noise pop up on a few occasions.

The main reason being that one of the two protagonists happens to be Noah Lane, one of our favorite expatriated Australians…

A few stills here and there. The title, coming back in several conversations when mentioning Ireland.

Then a trailer, which had us glued to the screen wanting more, and quickly… Although we were kept waiting for more, as the project’s release plan had nothing extravagant. Or at least, let’s say it was far from the bombardment of information that we’re all now weirdly used to received on a daily basis. Hossegor can be a desolate place in winter, and the fact we only found out that there was a premiere happening in our hood a a few days prior to D-day was a testament to this.

We hadn’t been hyped about a surf video for quite some time, and thought it’d be the right occasion to drive to Biarritz’s Le Royal for a good old evening at the movies. And man… we expected this to be good, but we were seriously slapped in the face by what unfolded in front of us: Everything was just so powerful. So coherent. The visuals were incredible. The soundtrack, haunting. Noah was getting barreled left and right, Harrison roach surfed under the full moon, and the whole piece was a constant build-up until the end credits, which is hard to pull off for 30-minute+ long piece.

We drove back home and got on our emails straight away. We needed to know more about the project, its back-story and how Andrew Kaineder, the mind behind it all managed to pull it off.

Which we did, right in time for the official online release of the video.

Beyond is now available on Vimeo,and iTunes. So without further ado, do yourself a favor. Turn off the lights, set up your widest screen and a pair of decent speakers and get yourself access to one of the most original videos we’ve seen in a long time. It costs less than a Late in most coffee shops nowadays, and chances are that it’ll stay engraved in your head for a much longer time.

Then, dive in our conversation with Andrew, for our first official episode of ‘Mise en Scene’ where he tells us about the nuts and bolts of the movie, the struggles of filming for it in the middle of the Irish Winter, as well as the post-production and soundtrack design process. 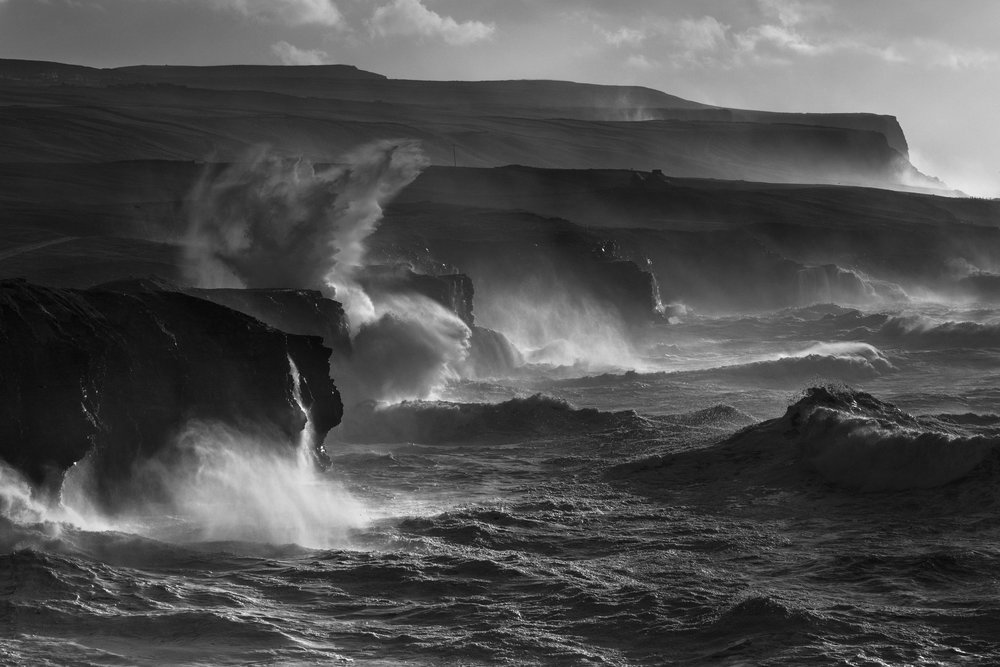 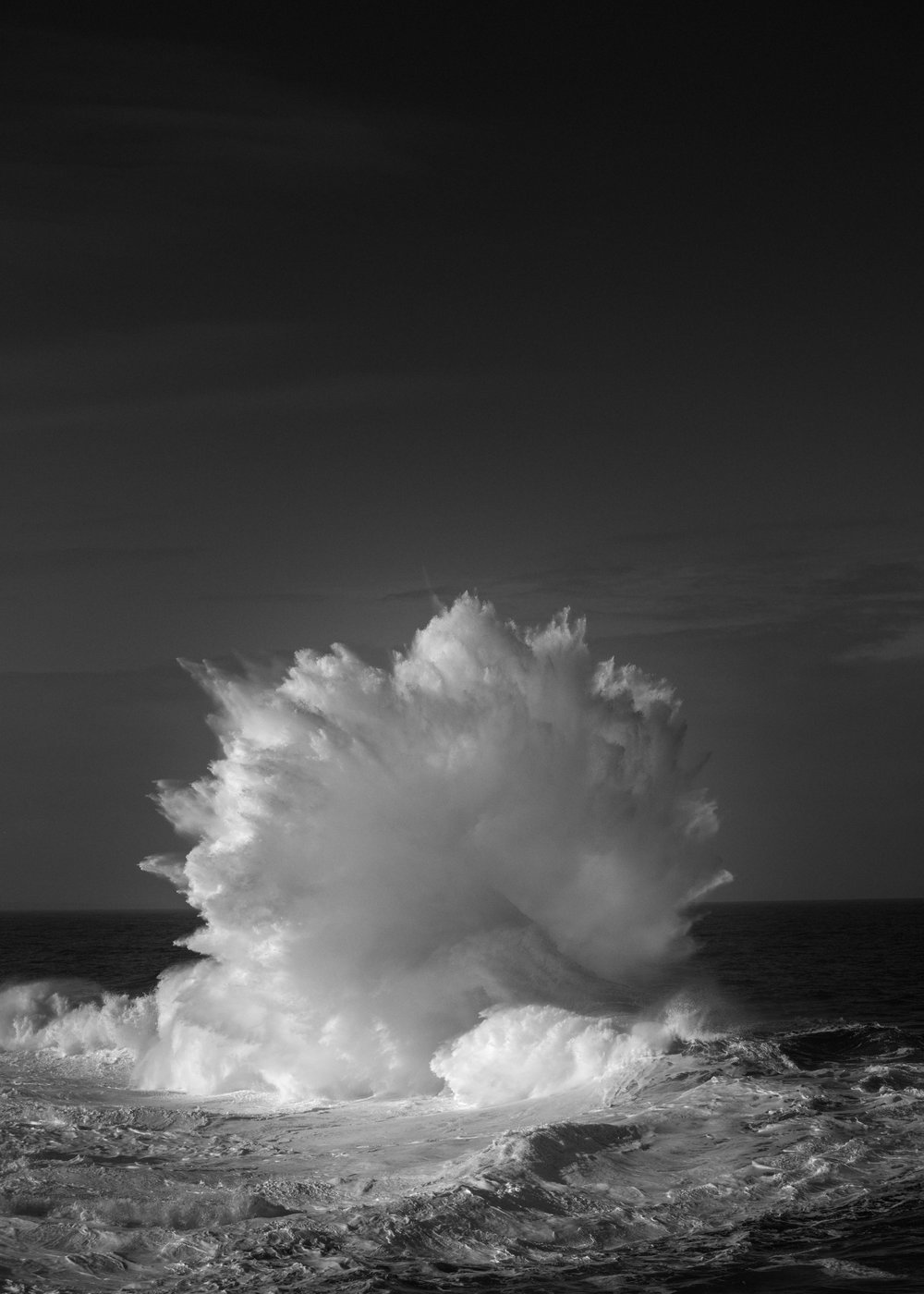 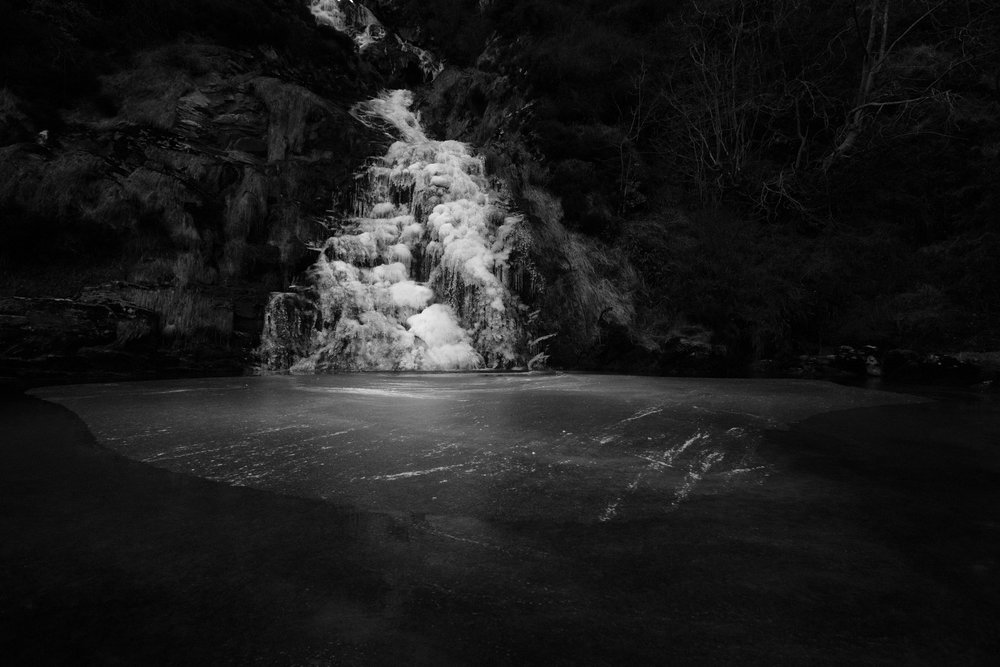 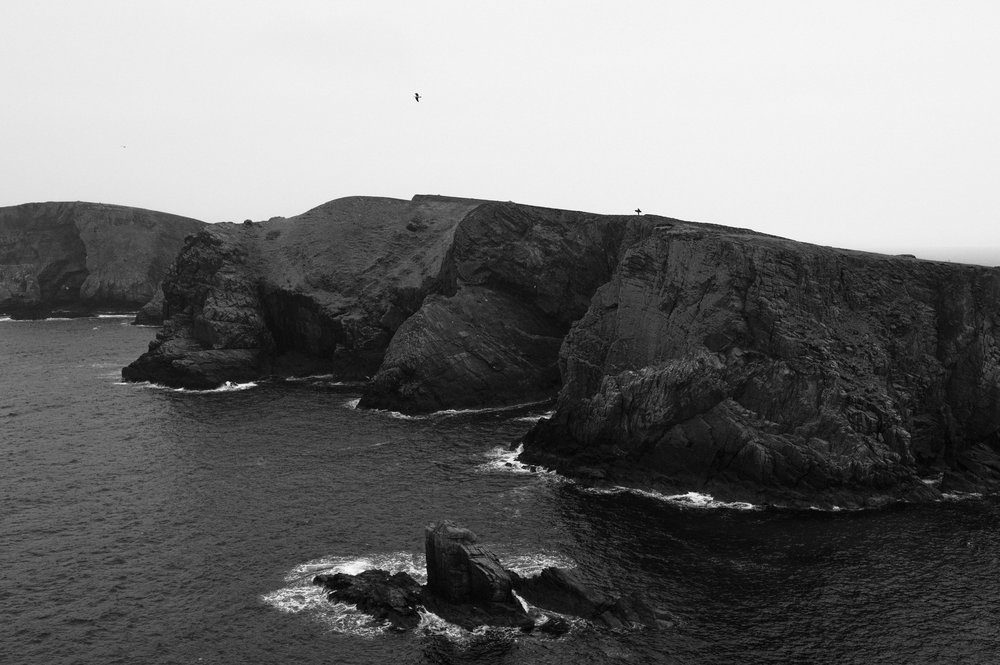 WT: Hey Andrew, how did you first meet Noah?

Andrew Kaineder: I met Noah in the UK, in 2015 I think. I was shooting Far North with Ben Player and Noah was shooting something for Finisterre. I think I visited Ireland not long after that, and the friendship stuck.

Was it your first time in Ireland? Can you talk about your relationship with the place?

It was my first time in Ireland. I’ve been going every year for an extended period of time since my first trip in 2015. Ireland is beautiful and so are the people.

Beyond the Noise is much moodier than your usual surf film. Can you talk about the concept behind the project, and what inspired you to head this direction?

The film was inspired by a song called ‘dead flag blues’ from the Canadian post rock band Godspeed You! Black Emperor. The opening monologue is apparently from an unfinished film written by the leading band member, Efrim Manuel Menuck. Basically, I just wanted to create something that was visually striking with an incredible soundtrack and putting some meaning behind it with some scripting. It’s made to be dark, but also hopeful.

Everyday for about 3 months we were out filming. If we weren’t surfing, we were hiking mountains or travelling to remote locations to film landscapes. I really wanted to capture various locations in all types of lighting and weather conditions to help push the story.

We can imagine filming for the project wasn’t an easy task. Can you talk a little bit about it?

Filming this kind of stuff is all about time. I stayed in Ireland for months just to make sure I would be there when the right thing’s I wanted to capture happened. It was about having a vague idea of wanting to shoot and just putting us in the position to make sure we were there when something similar happened. Sometimes I spent a whole day just getting one shot. The cover image of Noah on the edge of the cliff was way off the beaten track and we had to camp overnight to get that. I chased a 10.5m swell down the coast all day by myself to get the crazy ocean swell battering against the cliffs. It’s just about working hard to make sure you’re in the right place when the light pops or the swell hits. 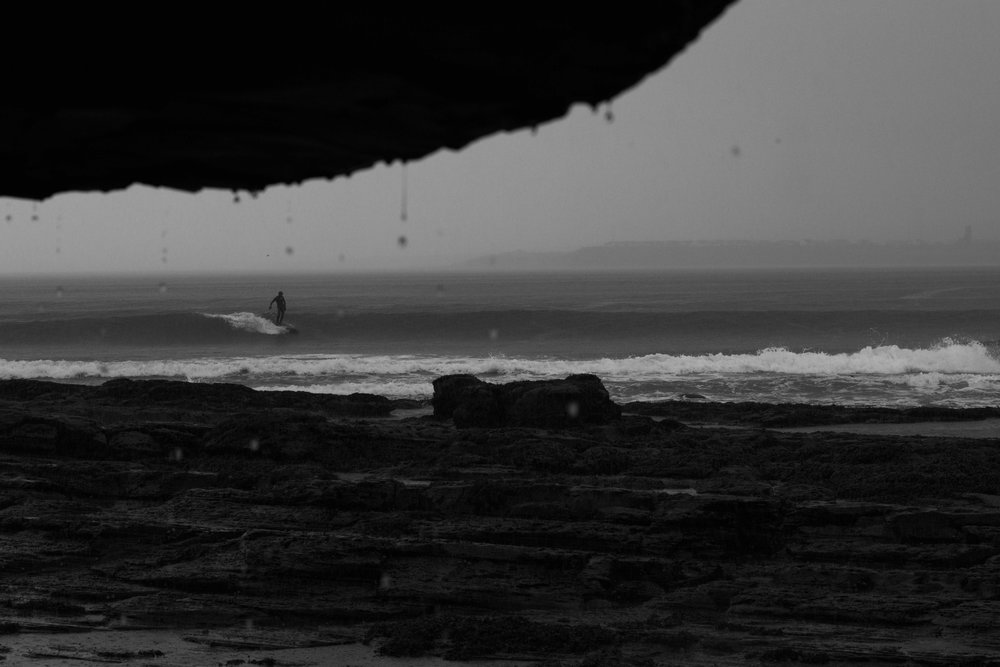 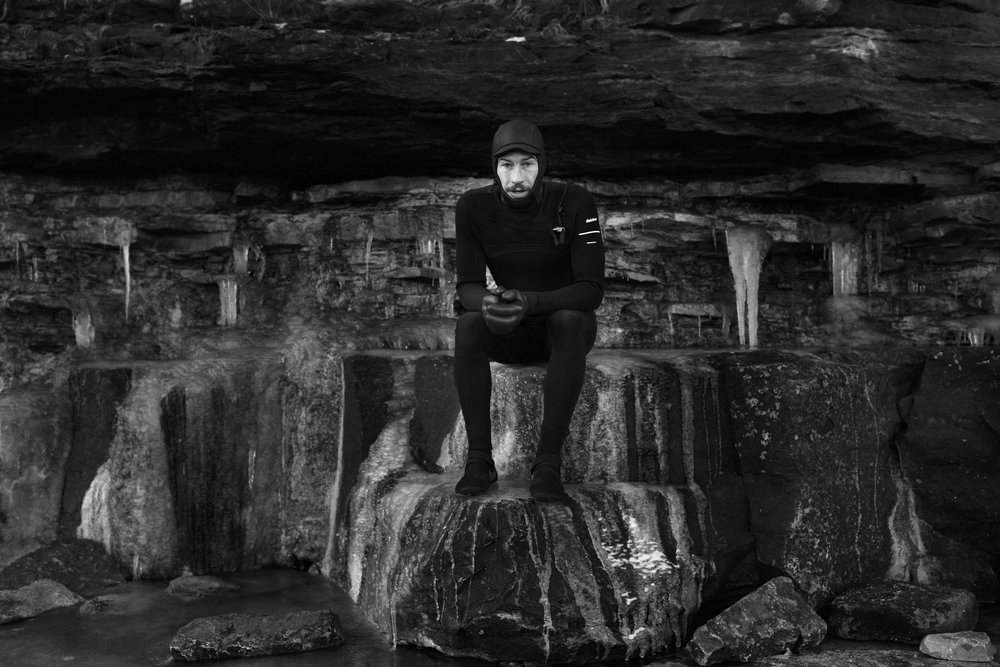 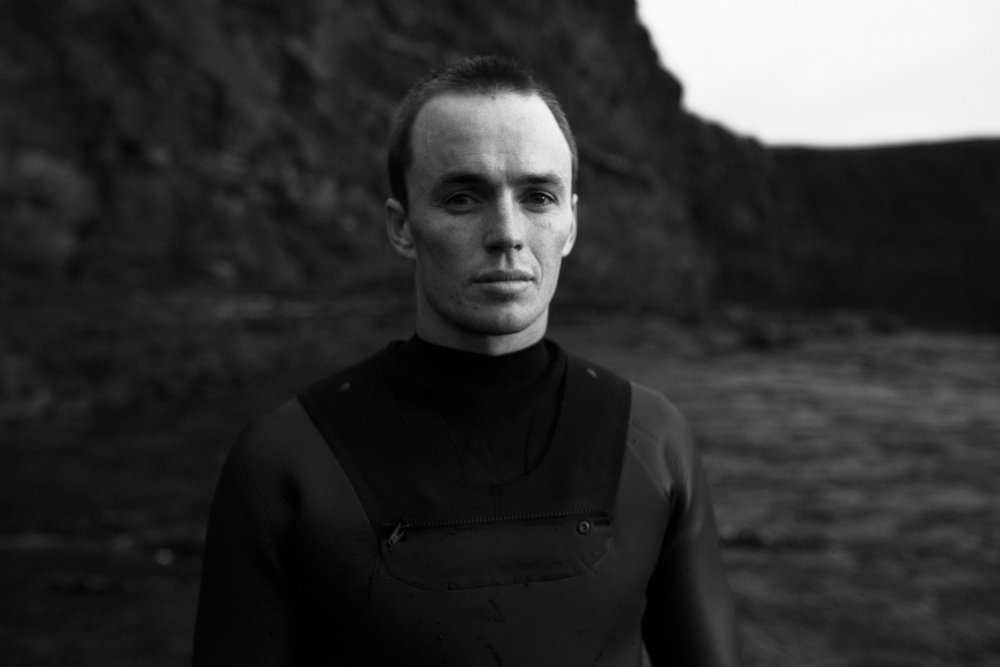 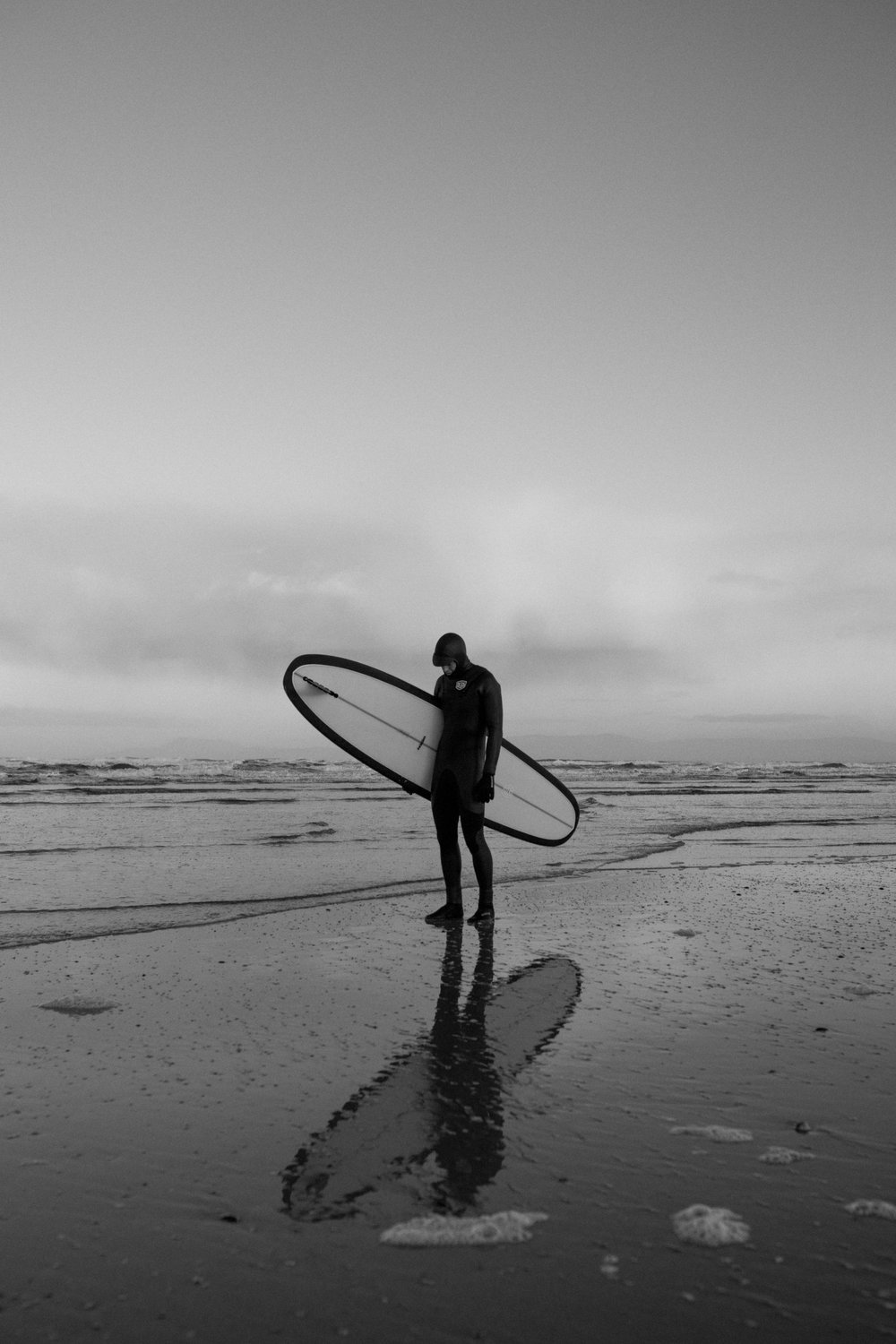 What were the biggest challenges you encountered on production?

The biggest challenges for this particular project was the injuries. I broke my leg a month before we were due to start filming. Noah hit his head pretty bad and received stitches at the beginning of the trip and then had a horrific wipeout resulting in a terrible knee injury.  We were constantly pushing against what seemed like a brick wall at times, but that’s what makes it a memorable experience in the end I guess. It was also bloody cold.

It seems like you guys scored these waves on your own most of the time. Were you intentionally searching for empty spots?

The joys of filmmaking are you can build a perception for the viewer that’s vastly different from reality. Truth be told, the spots weren’t empty and Ireland isn’t a place where no one surfs. There is a thriving surf community who were all out there with us most of the time. In saying that though, we worked really hard to make sure we were the first people there and the last to leave. So I always had opportunities to shoot wides so it gives the perception of being empty. My routine was to nail a wide while no one was around, as soon as people came zoom in and crop them out. Then we have a seemingly empty line up in the film.

Can you talk about the logistics of shooting the night sequence with Harrison? How did you guys make that possible?

The night scene with Harrison was very difficult. I had a broken leg at the time, so I was milling around on crutches and pretty useless. We shot this sequence in summer in Noosa. Todd (other cinematographer) and I flew to Noosa where Harrison’s dad picked us up as Harrison was on another shoot. We got setup and had a nap before setting off the location at sunset. It was about an hours drive, mostly on the beach and when we arrived the waves weren’t quite what we wanted. After waiting a couple of hours there’s was some nice waves, so Harry jumped out to surf and we filmed from 1am until 3am in the morning. Canon Australia loaned us a special low light camera, the only one in Australia. I think we shot it at like 64,000 ISO with a 600mm lens. The fact it was a super moon helped as well. 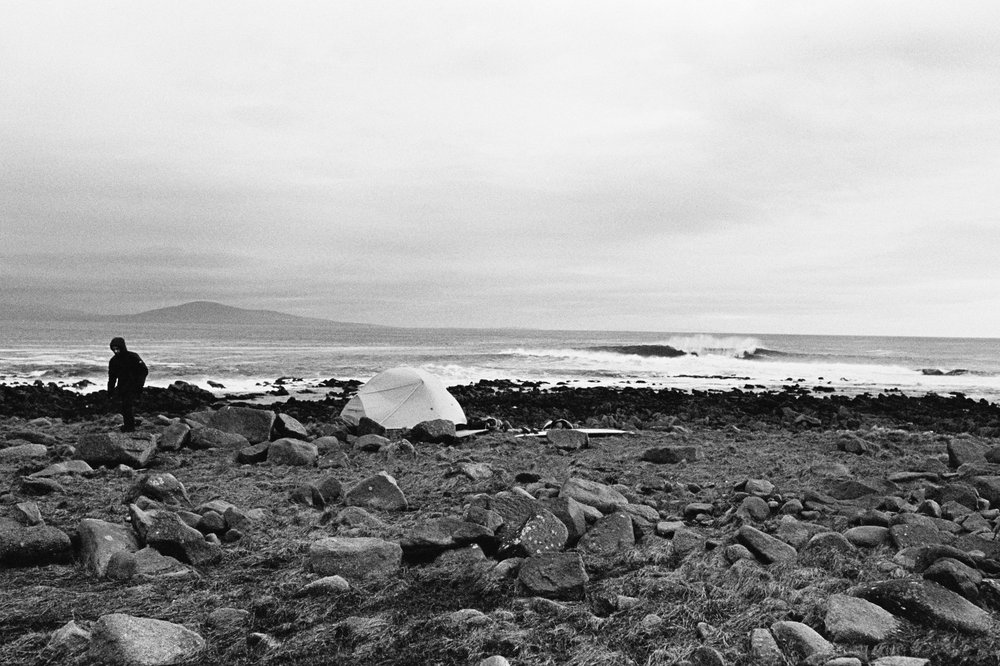 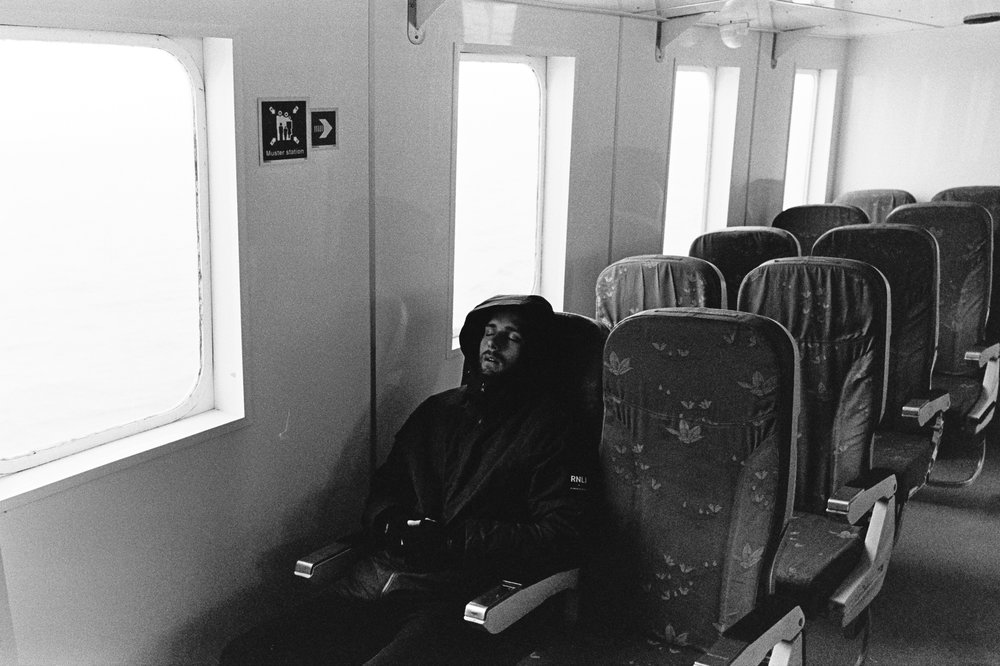 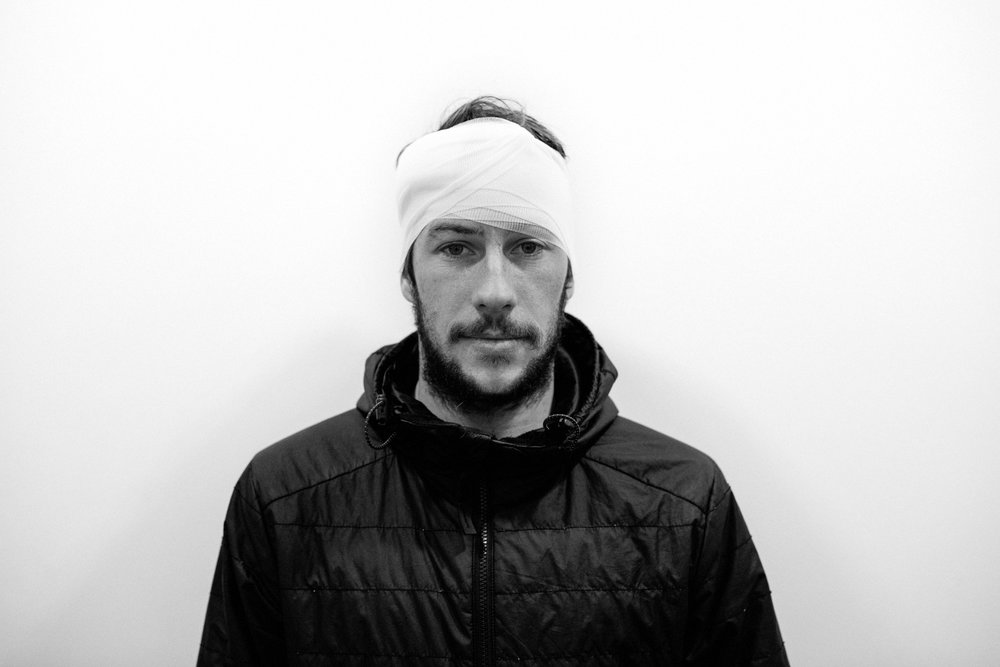 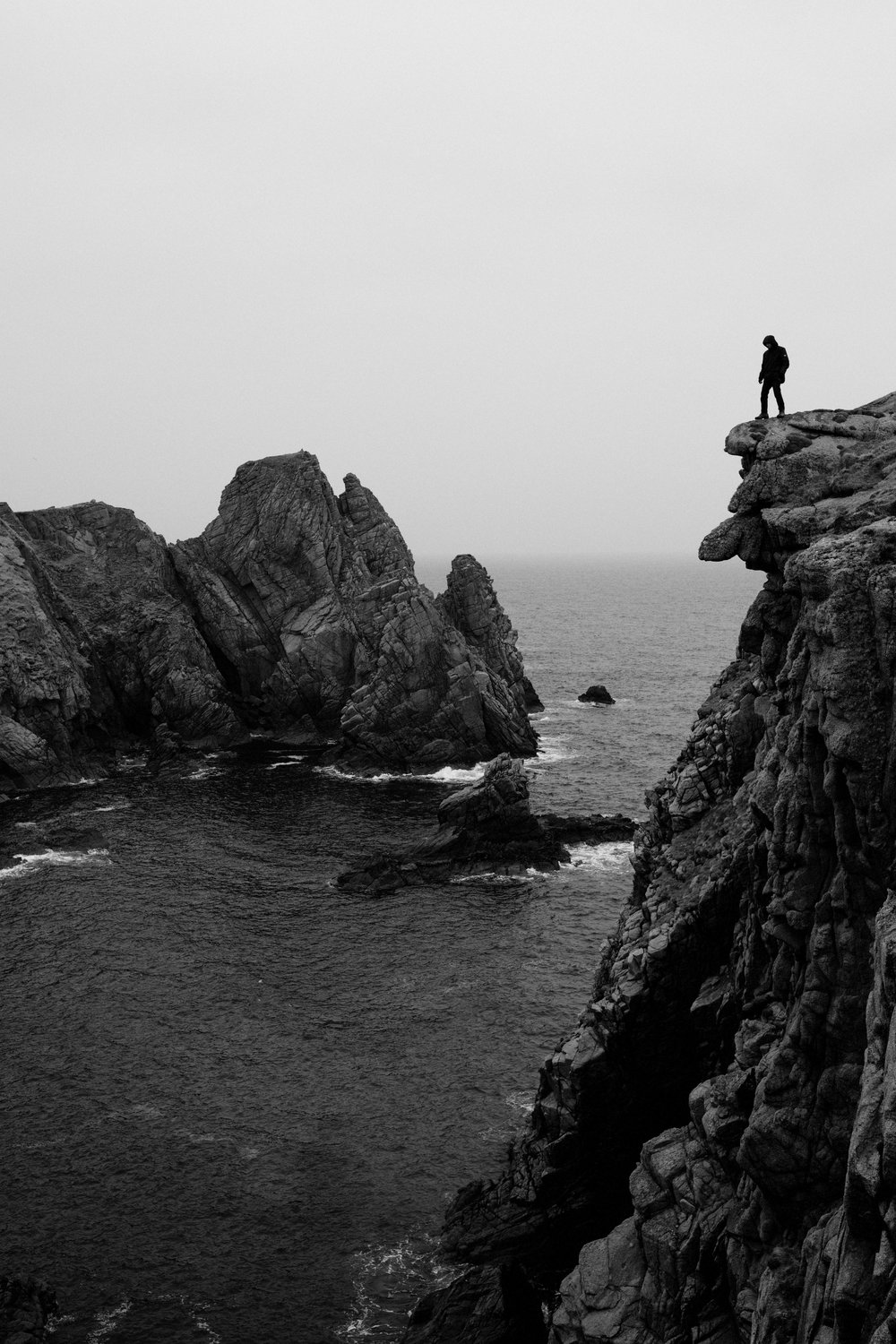 The Soundtrack plays such a huge part of setting the tone to the movie. Can you talk about working with Joseph Franklin on the composition and the way you collaborated?

Joseph is a good friend of mine and we have worked a lot together in the past. His music style and have always felt it really suits my style of shooting and directing. The other great thing is he doesn’t surf, so his idea’s come from a completely different place, which is a great asset so I don’t fall into the trap of doing what’s been done before so people will like it. We worked together over months, and Jo recorded about 10 musicians who all contributed their own style.

The soundtrack fits the editing so well — Did the musicians see the movie before composing it?

With creating a a film like this, I feel it’s all a bit of push and pull as it’s largely a collaborative effort. Jo wants to see vision before creating sound and I want to hear sound before piecing it together. Our process was for me to create a reference playlist, do a complete scene breakdown and then a rough cut of idea’s for the scenes. Send that to Jo who created some idea’s musically so then I could get excited. It was back and forth like that until it was finished really. Starting from where I had definitive idea’s (for eg the intro) and then slowly closing in on what I was unsure about.

The visuals of the movie are very dark. Can you talk about crafting that look?

I worked with a great colourist, Tim Wreyford, to create a look for the film. He was excited as it’s rare for a colourist to explore this darker less commercial colour palette. I wanted it to really emphasise what the viewer was seeing in the shot and how I was feeling about the state of the world at the time. Some of the scenes were dark in real life, like the beast from the east that closed down Dublin city and turned it into a desolate snow scape. This would never have worked if it wasn’t for such a strong grade. It was unrelenting, which was intentional, until the last scene in the film with Harrison bodysurfing. The sun had come out after a long winter and although things are looking grim with the outlook of climate change, there’s still hope.

Most of the film has this underexposed feeling compared to what what we’re used to see. Was underexposing these shots something you worked on whilst filming or did you rely mostly on post-production?

I knew I wanted the film to be dark when I started. Intentionally underexposing for the most part, but also just shooting when there wasn’t much light available. I would ask Noah and Harrison to stay out for 45mins after everyone had come in and say not to come in until you can’t see the beach. Haha. The camera I used was exceptional in low light, and it really gave me a new outlook on shooting past where I could previously. 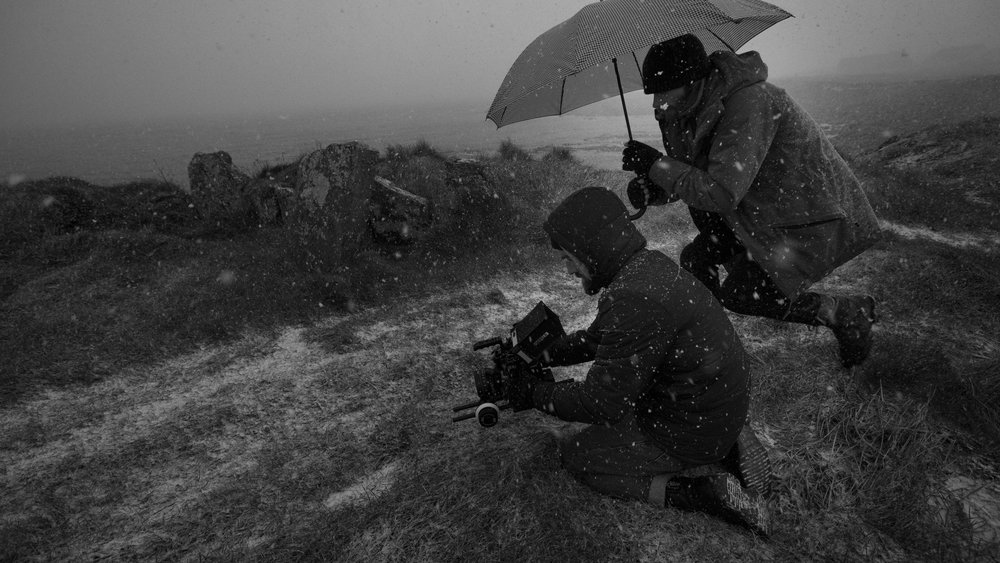 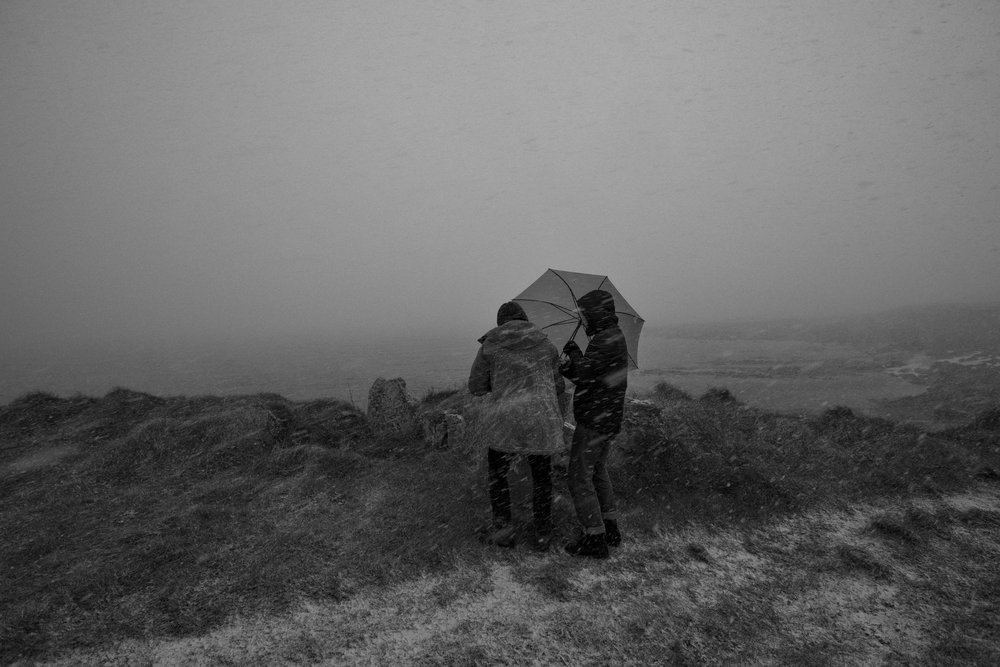 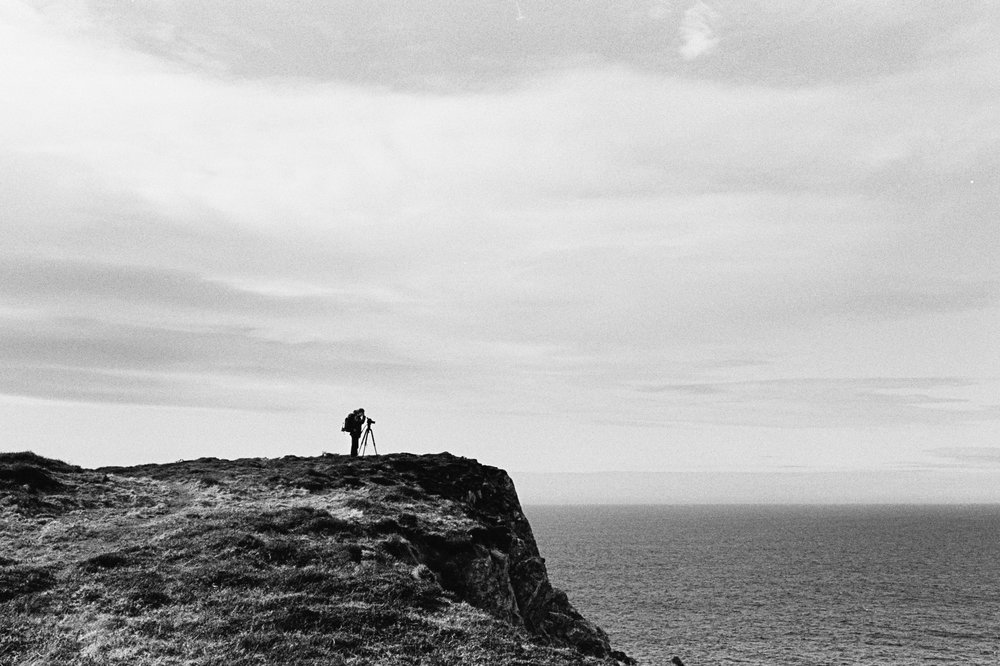 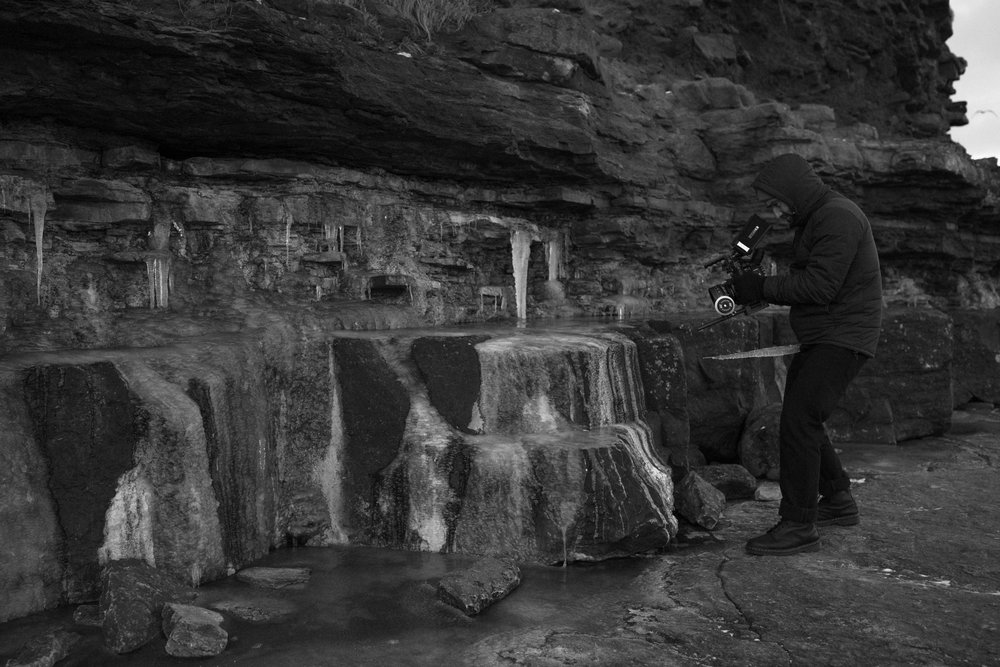 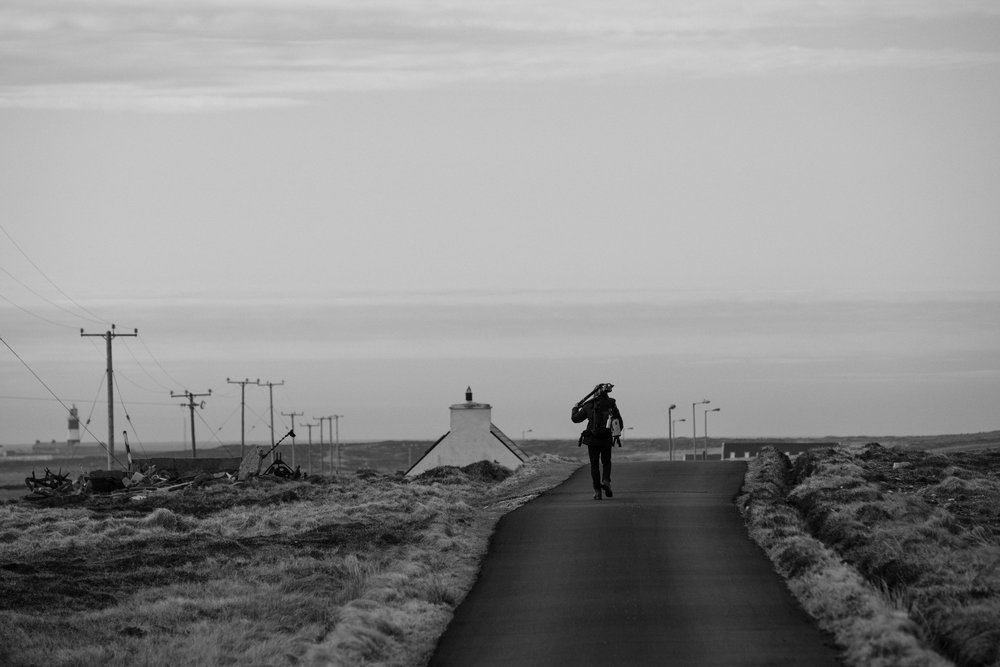 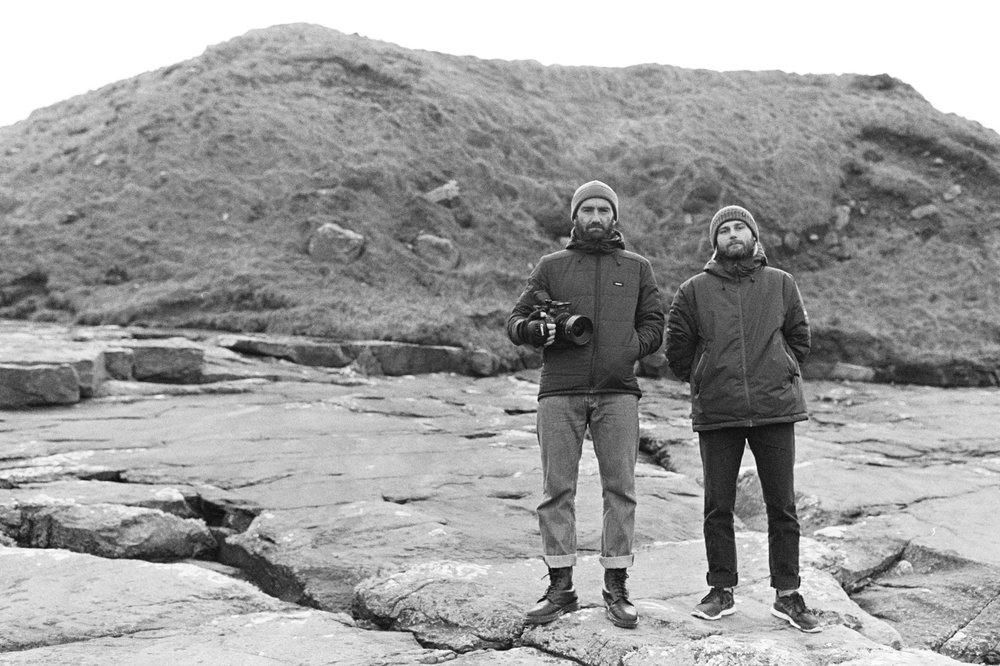 Postcards from the Billabong Pro Pipeline

Behind the scenes at the Billabong house on day one.
Robin Pailler
From the WorldMise en Scene
April 17, 2021

How to direct a surf clip remotely.
Robin Pailler
From the WorldInterviewsMise en Scene
November 23, 2020