Back to From the World Next post: La Jeunesse Éternelle de Jules Lepecheux

From the World September 21, 2020
By Robin PaillerNo Comments 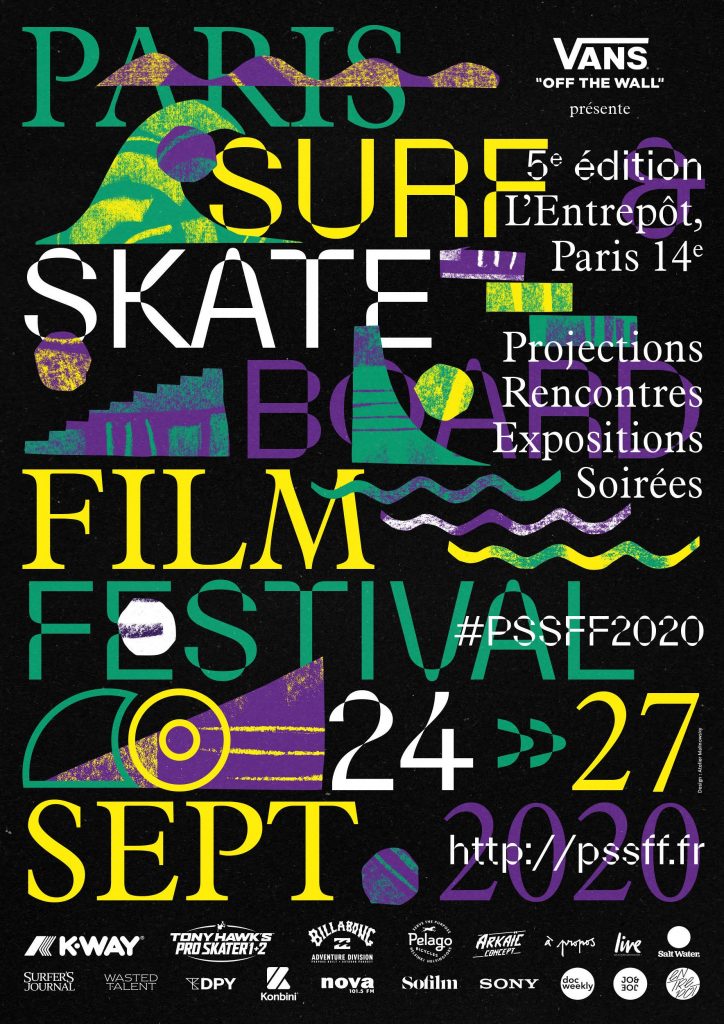 Admittedly we didn’t think a film festival would be possible several months ago.

So we’re stoked to see Paris Surf & Skate Film Festival is going ahead, celebrating its 5th anniversary no less.

Having garnered quite the reputation for offering a feast of international selections of unseen and independent films inspired from both and surf and skate culture (you maybe our very own Rumblefish premiered there a few back), the festival will once again open its doors this Thursday for 4 days of screenings with Outdeh – The Youth of Jamaica by Louis Amon Josek opening proceedings.

Over the course of the weekend you an catch a host of short films from Juul Hesselberth’s ethnographic documentary Just Go Fucking Surfing, a look at what the markets sexy surfer girl image does for female surfing to Olivier Sautet’s Raw Fish, showcasing Matahi Drollet on his home island of Tahiti.

They’ll also be post screenings talks such as Paddle for your Planet with Gibus the Soultrait, author, director, surfer and co-founder of the movement.

And there’s a golden chance to catch Chris McClean’s epic cinematographic and musical journey Translate on the big screen, in case you missed it at LSFF.

All in all, it’s set to be an epic 4 days so if you’re in Paris we strongly advise you to check out the official programme here and immerse yourself in some of the finest independent skate and surf productions out there. Supporting the culture. It’s what it’s all about.