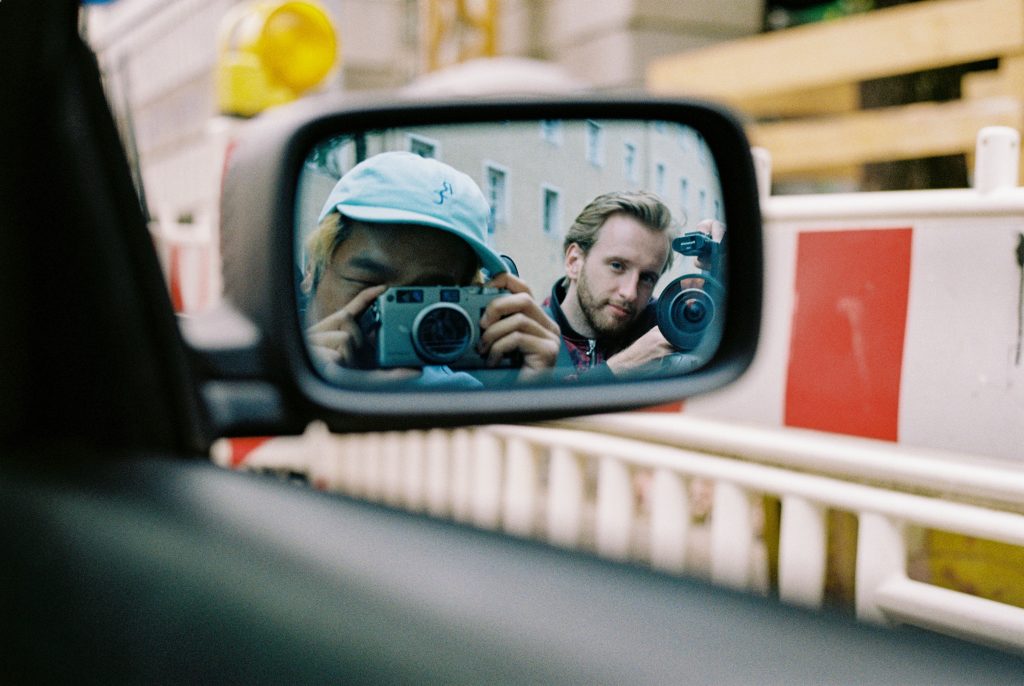 It was during our trip to Munich last summer, whilst filming with Lea Schairer, that we were introduced to her friends, photographer Daniel Nguyen and filmer Chris Bradl.

Perhaps two of the most affable and humble human beings we had the pleasure of meeting in 2020, Chris even shared footage he had of Lea for our Not Here by Luck clip.

Turns out the duo, along with Lea and several other Munich skate heads, including photographer Conny Mirbach, had been quietly working away on a video of sorts over the course of last year. So when we heard the release of the aptly titled Schneller was imminent, we naturally asked Daniel to share some BTS photos from the year, along with some words with regards to their near data death experience.

We’ll leave you with Daniel’s words and photos below but if you’re keen to delve further, it’s worth checking out an exclusive interview with Chris via our good friends at Place here.

“It is needless to mention that 2020 was a confusing year for the whole world, but somehow it became one of the best and also one of the most challenging periods for our Munich skate crew, to produce our first full length video.

For our local skate gang, the only meaningful activity during a global pandemic was to hit the streets. After a couple of days skating from morning till evening, street-skating tours on the weekends became our central anchor point. During our first couple of lockdown sessions we quickly built up a collective momentum to aim for our first full length video.

Driven by this energy, our entire summer skating, turned out to be the very best we’d ever had. A couple of trips and numerous Munich missions later, the stack of footage grew and grew, and the video was within reach of our vision. Up to that point everything was going well, until things took a sudden turn of events and nearly everything was lost.

One day I told our filmmaker Chris, that I had bought a LaCie hard drive with this cool protection cover and suggested that he should buy one as well. It would be a good idea to back up the footage, since his current hard drive could get lost or fall and break anytime.

Chris eventually ordered one which was expected to arrive two days later, but the jinx was already set up. Later on, on the same day, he was devastated telling me that his – at that time – sole data memory of our entire footage fell down and broke after his daily video editing session. After an inevitable mental breakdown, this turned out to be the beginning of a huge data rescue research operation, combined with daily WhatsApp conversations with a rescue provider. One week he told us that there was nothing he could do for us, and the next week he was able to take glimpses at single pieces of our footage.

This very emotional rollercoaster ride seemed to go on for ages, with all of us wondering if our blood, sweat and tears cumulated in a broken hard drive or if it could be saved. A couple of months and hundreds of bucks later, the footage was rescued, and Chris finally finished the edit!”