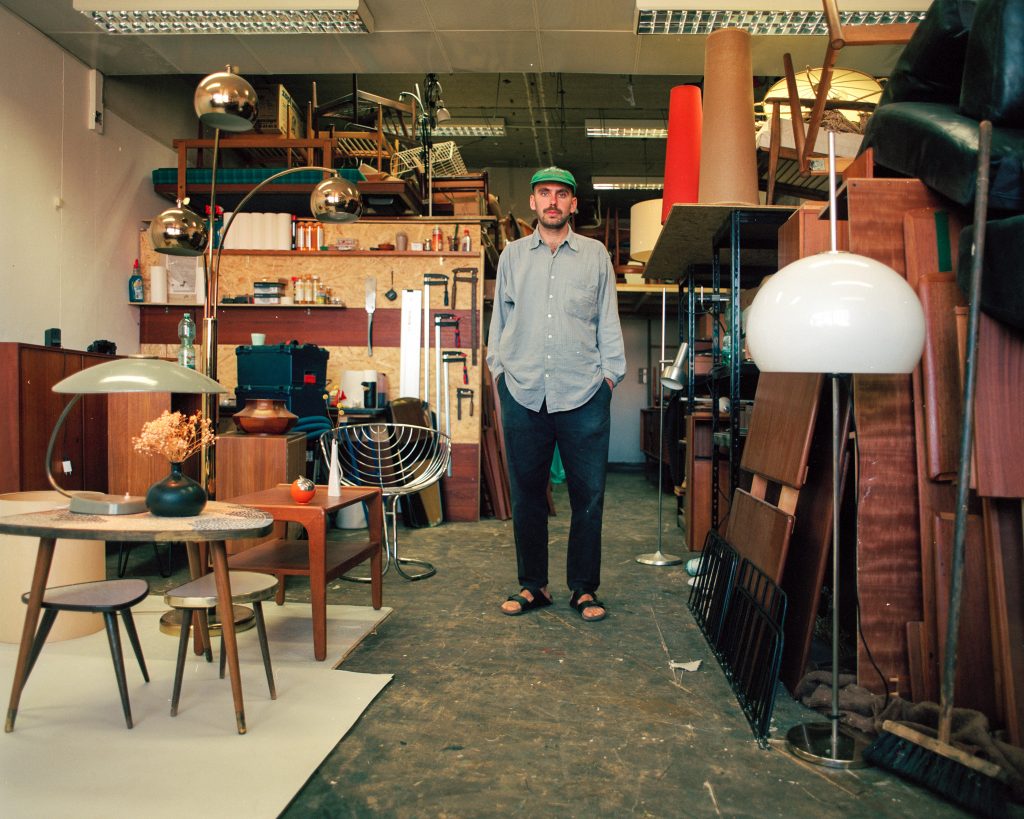 *This interview was originally published in Volume VIII, October 2020.

A staple of the German skateboarding scene for over a decade, Tjark Thielker has steadily forged a skateboarding career on his own terms.

But like most sporting careers, skateboarding is short-lived and there are few options for a steady professional existence within its realm once your knees give up on you. The age old question for any pro skater: what next? What comes after?

Tjark however, has seamlessly found the answer, simply by letting fate take its course it seems. What began as a hobby slowly became an obsession and in turn, has naturally evolved to a fledging new career path few could have predicted.

Having grown up on a farm in a small village in Lower Saxony, somewhere between Bremen and Hannover, Tjark first started skateboarding at 14. It’s a classic tale, of sharing a board with a local friend, forging skate obstacles out of euro pallets. “My closest neighbour was 300m away so as you can imagine there wasn’t much to skate. We’d just add a layer of wood with a metal edge on a pallet and try to learn stuff.” Shortly after, they met fellow German skateboarding stalwart Lennie Burmeister, who lived nearby and happened to have built a DIY skatepark in his barn. “It was kind of open to everybody. So when the weather was bad all the skaters would go there.” Naturally a crew began to flourish. Tjark and his friends would travel to Hannover and other contests in the region. Within two years or so he was being flowed shoes from Fresh Distribution as well as boards, from Sleibnir at the time, now Robotron skateboards.

Over the subsequent years, Tjark moved to Cologne to complete his civil service whilst keeping skateboarding as his primary focus, becoming increasingly present in skateboard media across Europe. Following an outstanding part in Cleptomanicx’s 2012 video Rollen Aaller 3, Tjark joined the Adidas skate team and cemented his place as one of Germany’s finest. It’s a moment close friend and Place Skateboard Culture editor in chief, Daniel Pannemann, remembers fondly. “Upon meeting him I remember thinking ‘Wow! That’s the guy from Rollen Aller 3. I was honestly a bit intimidated by how skilled he was. He skated switch most of the time back in the days, while I had never even heard of switching my stance.” 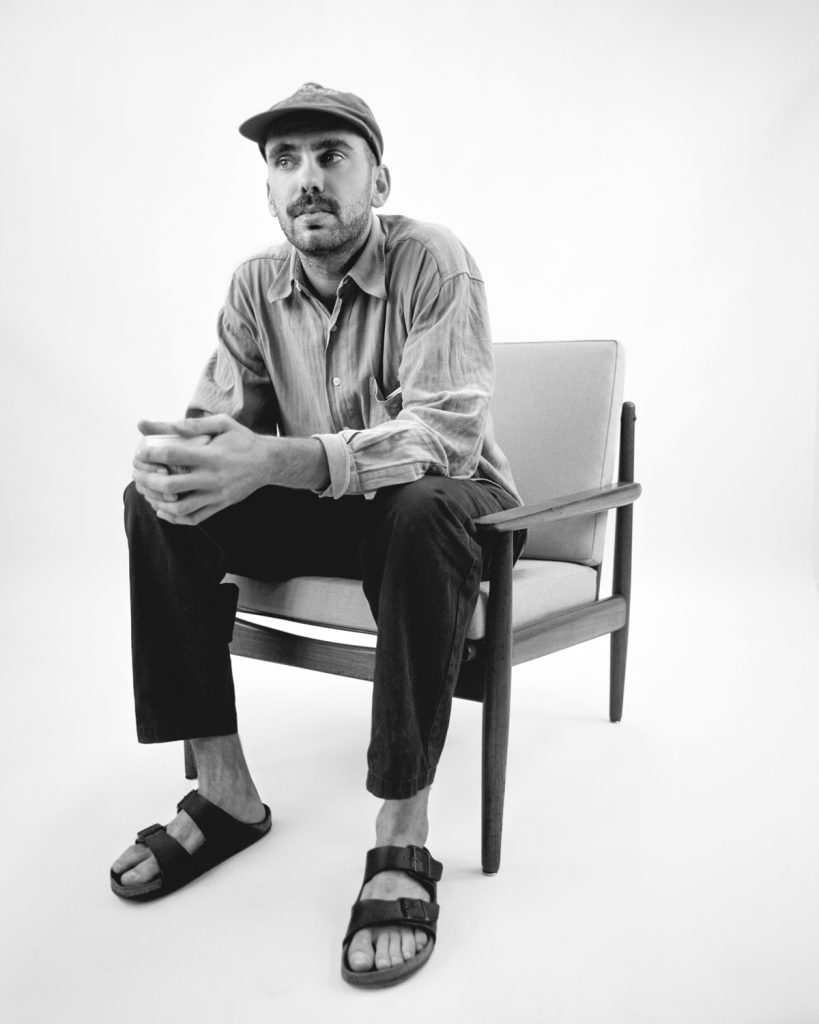 With a skate career in full swing, Tjark moved to Berlin and began to study landscape architecture at university. Yet despite returning to education, outside forces began to shape his next moves. “My girlfriend’s really into vintage stuff and so she would take me to all these flea markets. After a while I found out that you could just buy stuff super cheap and sell them online for their actual price. I guess that was the start of trading things for me. At first it was vinyls and stuff but somewhere along the way I started becoming interested in interior design a little and that led me to mid century furniture, and realising what kind of effect different kinds of furniture have in a room.”

At first it was simply a case of updating his own furniture regularly and moving on previous acquisitions. But what began as a part-time hobby quickly escalated into a quiet obsession. Tjark found himself trawling the web looking for cut price bargains, buying and selling

on eBay whilst continuously expanding his knowledge in furniture. His parents would keep an eye out for certain pieces at countryside yard sales and Tjark even began attending auction houses.“It kinda became this self-taught, self study approach. Just looking for stuff every day and building up knowledge about different designs and designers without even realising it.”

By 2015, Tjark’s hobby was becoming more profitable than his part-time job.“I realised that if I put one extra day into trading furniture, I could probably make more money than if I worked my part-time job as a gardener. So I quit my job in 2015, and then in 2016 I rented a small storage space where I could store everything. From then on, I began to have this romantic idea of having my own shop.” 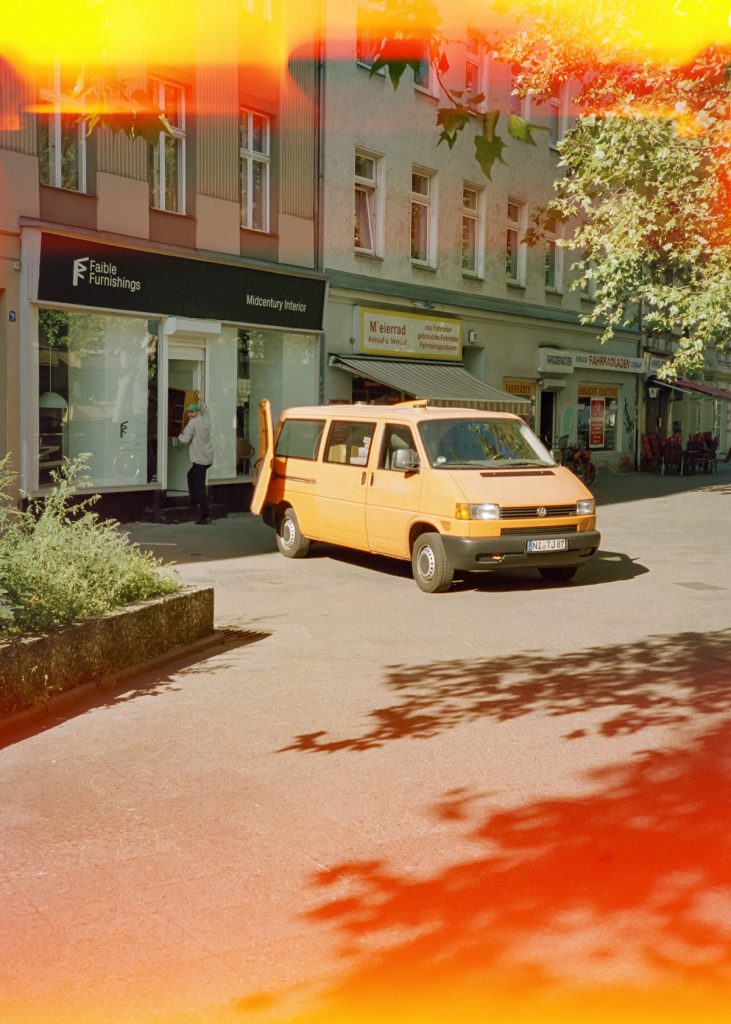 A year later Tjark bought a VW transporter. “From that point on it really began to progress quickly because I felt I could go longer distances and really focus on finding the good stuff all over Germany. Before that I was only buying and selling in Berlin. I was investing so much time I wasn’t really going to university anymore either. I was almost finished but the furniture thing just became an obsession.”

Dropping out of university at such a late stage seems like a reckless act. But good friend and fellow Berlin ripper, Nils Brauer, feels it was justified. “I remember he was about to finish his studies and only had to write his thesis but never did it because the furniture game got that big of a deal. I think he knew he would never work in landscape architecture or ever be truly happy doing that.” It’s a view shared by photographer and good friend, Friedjof Feye. “Life for him is full of decisions. He can be indecisive in the beginning but then he makes his decisions wisely. He’s definitely aware of what he’s doing.”

It would be easy to argue Tjark’s skate career took a backseat due to the lack of any full branded parts since his furniture obsession took over. But in actual fact, Tjark’s skate content has been consistent over the years, albeit in a more independent arena. Sponsored skate trips aside, a lot of Tjark’s footage comes from trips with friends, rather than any long term branded projects.
“I’ve been lucky to make a lot of friends in skateboarding who are also sponsored or involved in the industry and I’m super motivated to plan trips on my own. So for me it was always a case of making sure we got featured in the magazines and getting good content for brands etc. But it’s just way more fun to travel with your friends rather than be on tour with a ‘team’.” 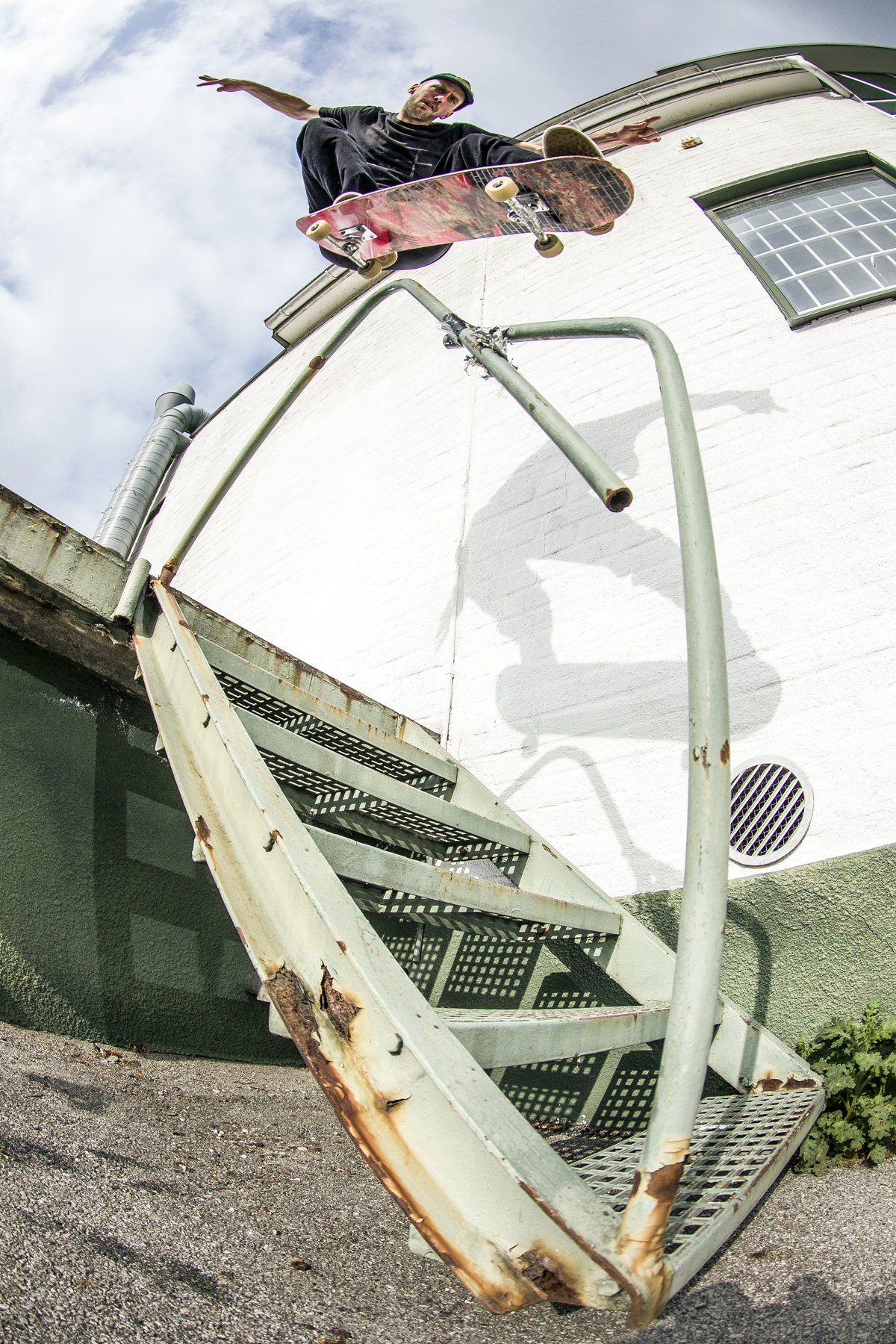 His approach led to trips to places perhaps not renowned for being go-to skate destinations. Detroit, Tel Aviv, Kyrgyzstan, Beirut, to name a few, always with a close knit group of friends, often including Daniel, Nils and Friedjof. “When it comes to skateboarding, his trick selection is well-picked, as are the spots he skates. He knows what he’s capable of. He’s neither the stuntman nor the workhorse type of guy,” Friedjof remarks.

One could argue, however, that Tjark has become the workhorse type of guy when it comes to business. Following a random encounter at a bike shop to collect a courier package in 2018, Tjark noticed the bike-mender owned the store adjacent. A conversation transpired and Tjark agreed to take over the spot once the shopkeeper’s contract expired a year later.

“I really like when stuff like that happens. It felt like everything fell into place. I’d been looking for shops all over Berlin, but with the rent increasing all the time, it’s really hard to find something affordable. And to find this place, basically a two minute walk from my apartment, just felt like fate.”

Following a six month renovation spree, Tjark finally opened the doors to his store in October 2019. What had started as a hobby five years prior had become an official business. Faible Furnishings was born.

One year on and despite a global pandemic, business is flourishing. Particularly since mid-century furniture has become quite the thing in recent years. “It has become hyped in a way and there are so many people trying to take advantage now, especially here in Berlin. You really have to be quick to buy stuff. Something gets posted online and you have fifteen minutes if you want to be first to it. Four years ago, it was way easier to get stuff and for a lot less money than nowadays. These days it’s a bit more of a hustle.” 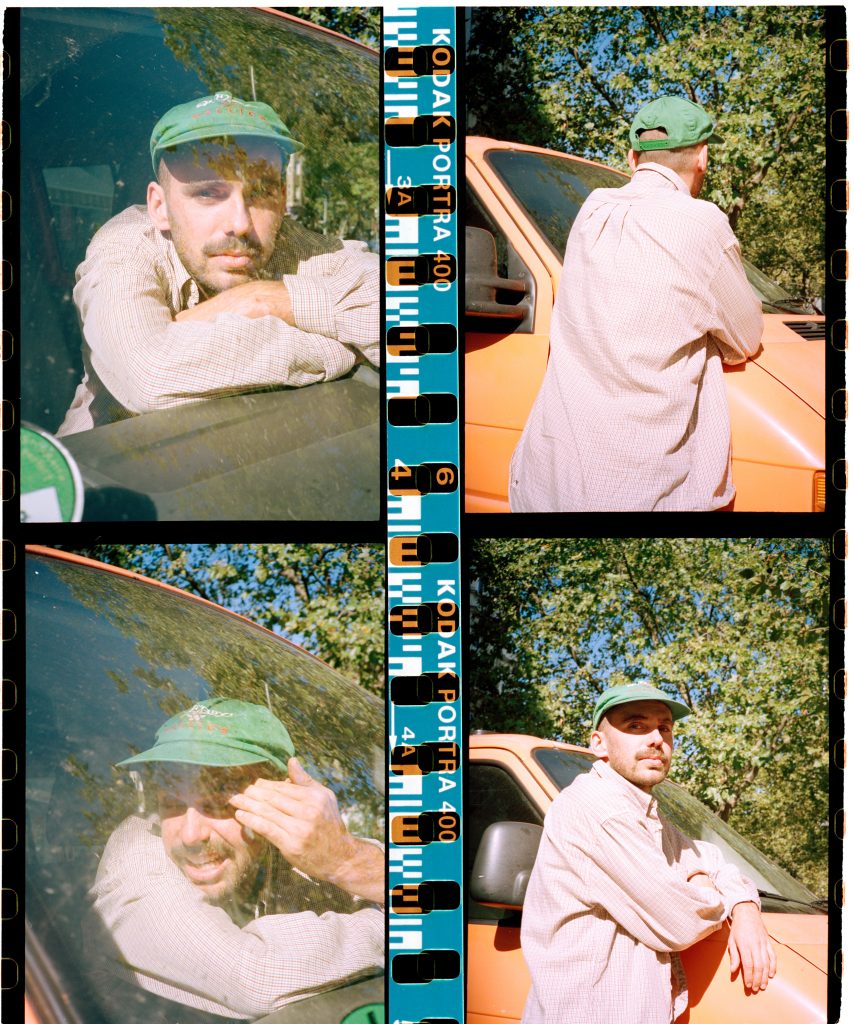 But it’s undoubtedly the hustle that’s led to Tjark’s success. “For me, Faible Furnishings is the reward for something he practised so passionately throughout all the years,” Friedjof adds. A sentiment echoed by Daniel. “He has a lot of passion for his business and I’m extremely happy for him. His professional approach and his eye for detail have enabled him to build up a brand.”

Despite these business achievements, Tjark still refers to his job as his “second passion after skateboarding”, even if it’s tough to make time for both. “It’s quite difficult finding the right balance. Being self employed and investing plenty of time—it’s always hard to level out. Especially last year with the renovation and preparing the store, I really wasn’t skating much at all! In the summer I figured that something was missing in the whole period. Because it’s really hard when your friends are calling or you follow discussions about upcoming sessions in a group chat whilst you’re on the highway, going to pick up furniture. I realised ‘okay, [skateboarding’s] probably something I need to do more of.”

And in recent times Tjark’s been skating a lot. Following cameos in Online Dating & Low Flying Birds, as well as ‘Bande à Part’ (our clip with Cleptomanicx), Tjark’s already filming for Low Flying Birds II. “I think it’s some of the best skating you’ll see from him,” Nils tells us. “It’s gonna be a really interesting Tjark Thielker section!”

For all of his dedication to a stable future career outside of skateboarding, Tjark’s lost none of his drive within it. Over the past five years he’s carefully balanced his determination for both passions perfectly, whilst always remaining true to himself and his aspirations.

“I’ve always had a strong work ethic. Even in skateboarding. I was never the most talented guy in the world who could do a mind-blowing line in a few tries. I usually had to put in work. But I think I’ve mostly been ambitious in life and if I really want to do something, then I’m gonna do it—or at least give it a try.” 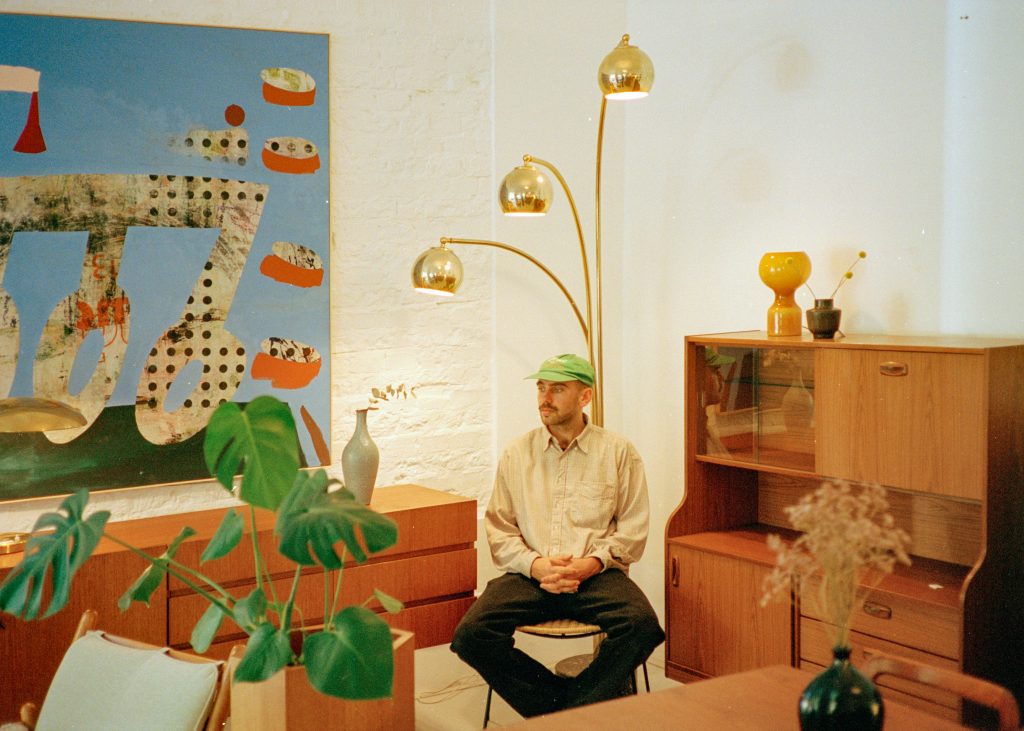 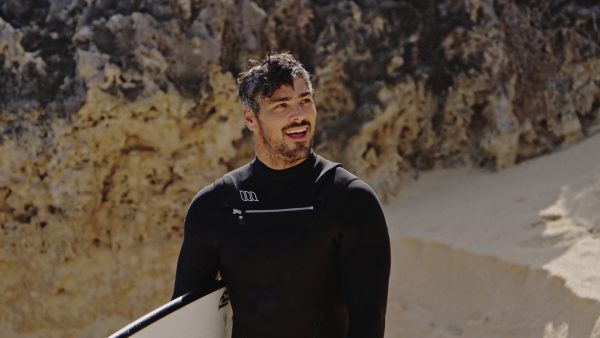 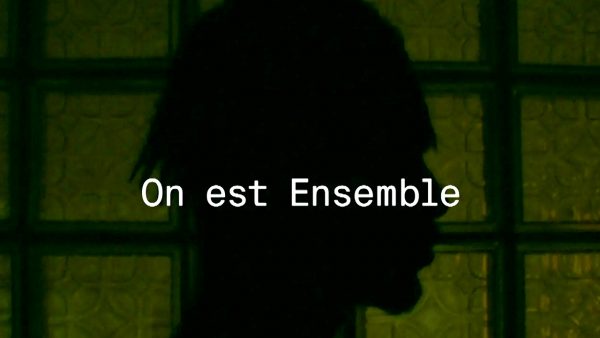 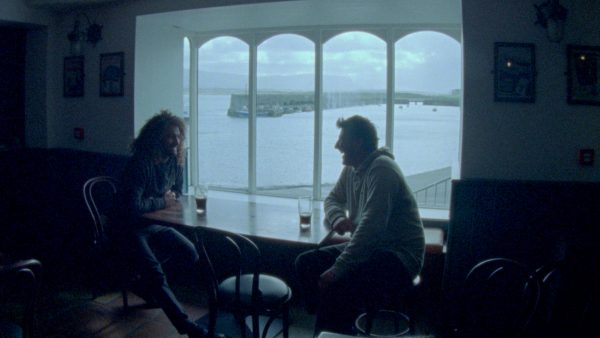 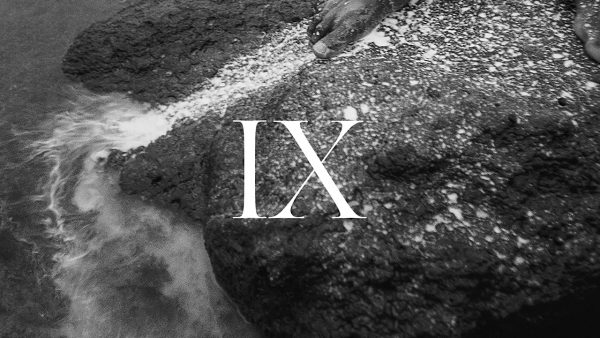