Checking in with Mr. Anderson 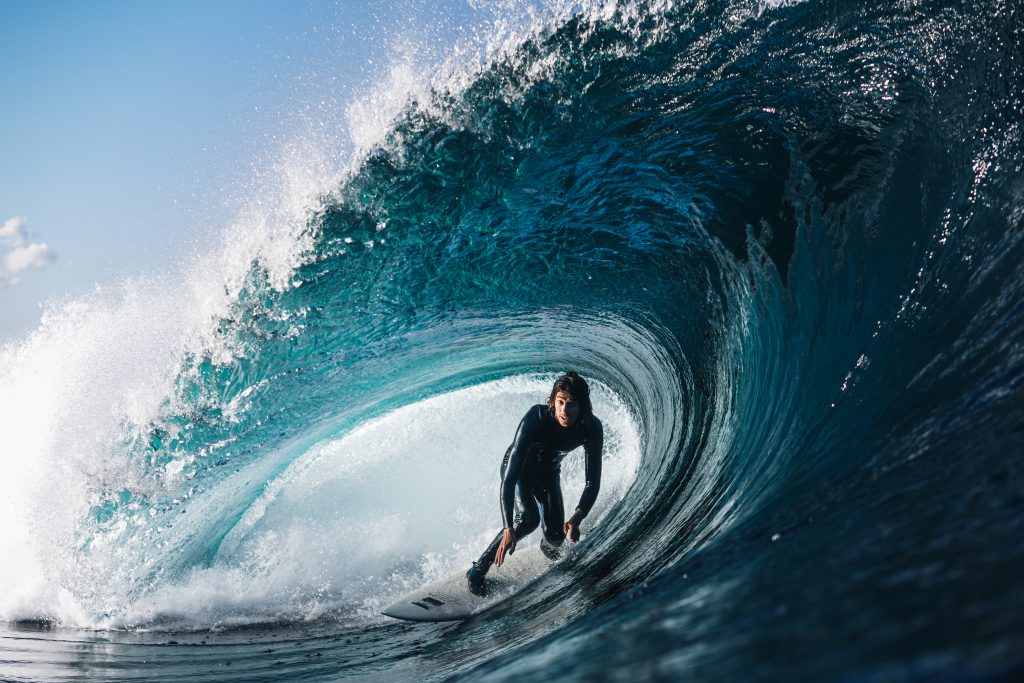 Craig Anderson is a man you don’t hear from very often. And we dig that a lot.

We like a bit of mystery, and can’t help but finding ourselves envious of the time where IG stories didn’t exist. That time where the pioneers of our cherished childhood surf movies would head to the most remote corners of this world and the only time you’d hear from them would be once they were back; blood-shot eyes, dusty clothes and suitcases full of film canisters and stories to last you until the next trip was booked.

As much as we embrace technology, there’s something about the culture of instantaneity that bugs us. Whilst most young uns now share their daily happenings live on social media, nothing is a mystery anymore. All the details are disclosed, from what Acai powder was had at breakfast to the way that new board was waxed and who scored the best wave of the trip (iPhone clip included).

In the meantime, it’s good to know we can count on people like Craig to keep things tight and focussed on what’s essential. So when we found ourselves waiting for over a week to get a reply from Craig on iMessage, we knew he was probably up to something good. Something real. And he was indeed. Craig got back to us on his way back from a stint in the West Australian desert, and knowing how rough these missions can get, there was no way we could be mad at him.

So without further ado, an update from the man as he was on the the long way back to his hometown of Newcastle. 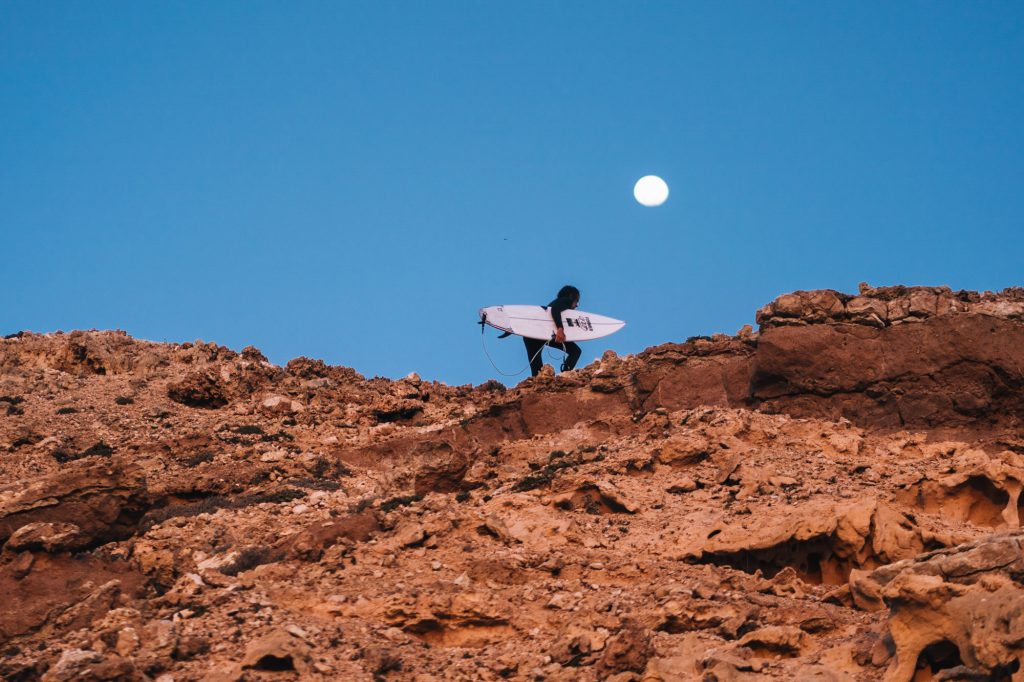 WT: Can you start by telling us about your recent desert trip?

Craig Anderson: I drove over with Jack Taylor, a filmer friend from Newcastle and we met up with Dave Fox. Harry Bryant flew over with 2 bodyboarder pals and Noa Deane was floating round as well. It was nice to get away and chase some waves and isolated dez specs… Camping, swagging, fire cook ups, fishing, dodging sharks…etc. Saw one breach, it was pretty weird.

Sounds intense. Any note-worthy anecdotes from the road?

We had been out in the sticks for a few days and ran out of alcohol. Harry was itching for a beer so when we got back to civilisation and to a bottle-shop he started early on the tins. Got to about 4 in the afternoon, sparked up, and next minute Haz was down for the count. We happened to be at a popular tourist spot with people everywhere, us looking like the culprits who had killed him as he was prone in the dirt next to the car. We rolled him onto a 7’0ft draggy then into his swag and he came good after a few hours. Haz is such a veteran and a funny fucker so no one including himself was worried.

We saw you recently scored some pretty wild waves around the South Coast with Chris James, Tyge Landa…etc. Can you talk about how the whole experience of chasing these slabs with the boog crew?

It’s autumn now, which is the best time of the year for chasing waves in Australia. We had a pretty unique angled swell the other day and I’ve always wanted to surf this one wave down south that breaks in a really bizarre way, close to the rocks and backwashy. I paddled one wave with no luck and whipped a few just so I could experience what a tube felt like out there. It was fun, probably won’t do it again though. Chasing waves with those guys is great. It’s a small tight knitted crew, and the waves are interesting and challenging, so the vibe in the water is neat. Not much ego, just guys who are there for the love.

You usually spend a lot of time traveling the world with boards. We’d be ready to bet that you might have encountered a few luggage fiascos throughout the years?

I’ve been pretty lucky over the years. This one time in Samoa my board bag didn’t get there for 2 days and that was how long the swell lasted, so we just drunk beer and went home empty handed. I have had a couple of busted-up crafts throughout the years, but should be good on that now with the Db bunker. 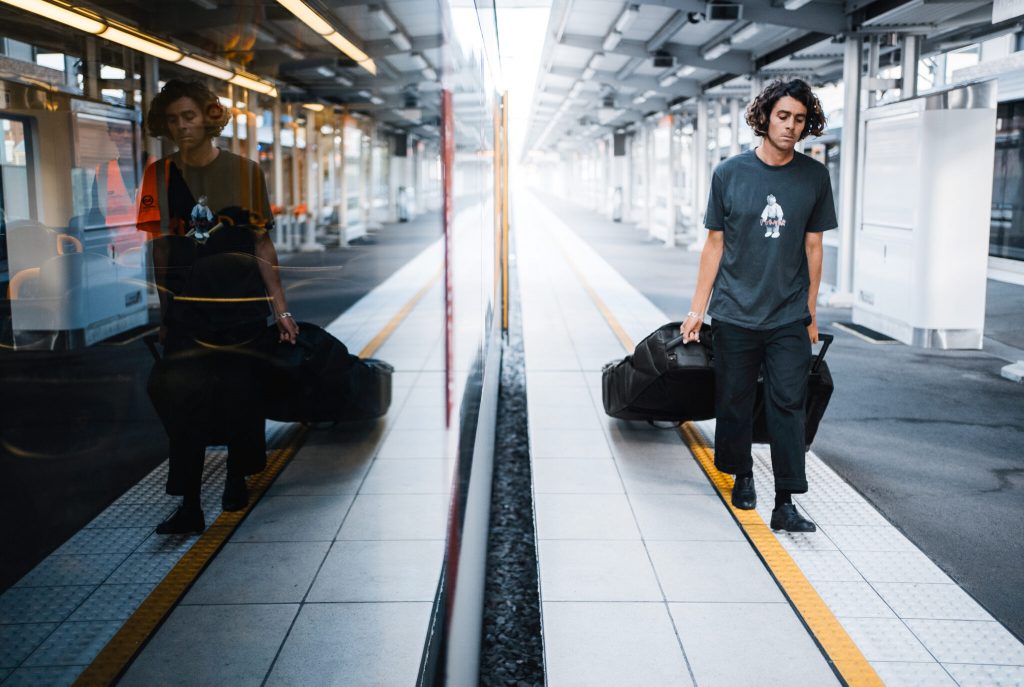 What’s the first place you’d want to travel to once borders open again?

I’d love to go back to Chile. I also have my eye on an empty Indo spot… I’m just keen to dodge crowds and find some new places to explore.

We’re interested to know the opinion of someone who hasn’t really been exposed directly to Covid. How different is your routine when you’re at home? Has a lot changed, or not that much?

You got that right. We’ve been extremely lucky here in Australia, especially east coast Oz where life hasn’t changed much at all. I read the news, so I sympathise with the rest of the world and really feel for the people effected by the virus, but it’s difficult to really feel it, whilst not being directly affected. So yeah, apart from not travelling around my routine has just been getting used to home life, spending time with friends, family, my fiancé… and a new dog named Bella. It’s been a nice change.

Does hearing about what’s happening in Europe and the rest of the world contributes to some kind of fear once the world opens back again?

I definitely want to be sensitive to the situation. I myself don’t want to get sick or pass on the virus so will see how the world evolves with the vaccine and just do what I can in the current circumstances to do the right thing.

We don’t want to ask you too many Former related questions as it’s already a strong focus for our upcoming print interview with Dane… Although one thing we’re curious about is how you’ve seen the industry change throughout the years?

Oh rad! I’m excited to read that. Dane always has great perspective and opinions. I mean, I just want to continue doing good work and putting out stuff to hopefully keep the free surfing spirit going… I watch the odd WSL coverage to support friends and see some wild shit on the internet. Blogs, Bloggers, Kelly’s ultimate surfer tv program and a whole bunch of weird different avenues the internet has created of surfing. I just don’t want that to flood surfing and have nothing left of the vein I like to see. The Former team and brand is something I’m proud of and want to see it evolve and grow. 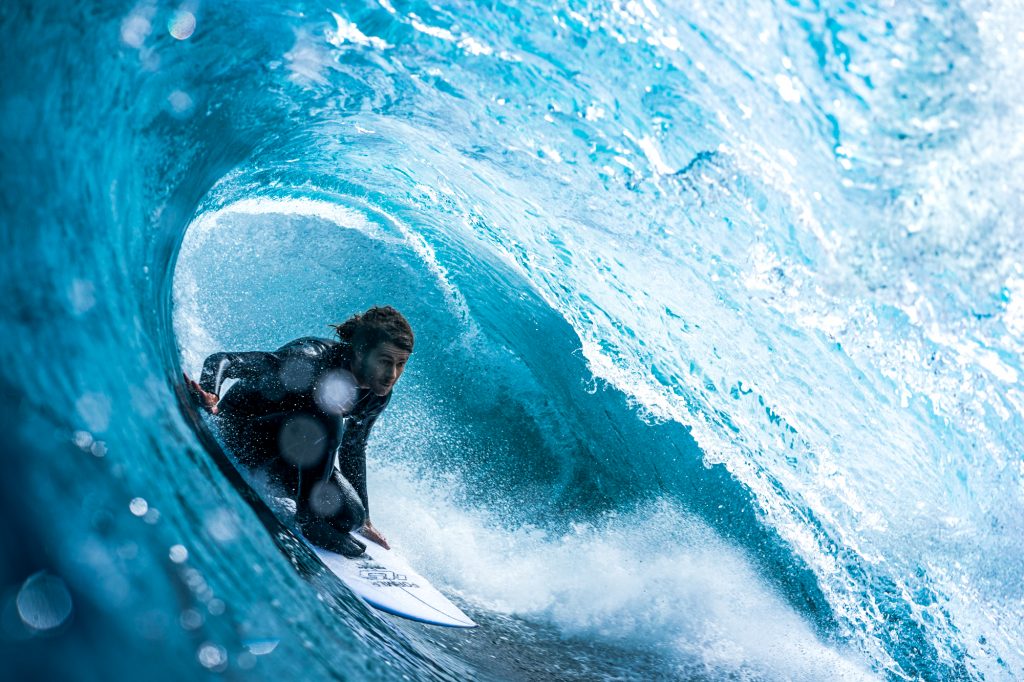 It feels like being a professional surfer has changed a lot in the past 10/15 years. With the apparition of social media, the possibility for kids to now make a living of being ‘influencers’, mainstream brands taking their piece of the pie, the whole vloging thing…etc.

If you look at surfing at the beginning of the timeline to where it is now, it has changed radically for sure. Even for the small portion of the timeline that I’ve been a part of. It’s just the internet, technology and people evolving and wanting more, faster. It’s on a weird path.

2021 has already been a solid year for surf videos, even more with Dion’s new film. What/who got you psyched recently?

There’s been a lot of crazy surfing happen this year that I’ve seen, it’s difficult to grasp it all. I’ve surfed with Ryan Callinan a lot lately and he put out that 16 minute ‘Just for Now’ part. He’s such an amazing all rounded surfer, and it’s really crazy surfing with him and seeing how often he puts waves together. It’s fucking mind blowing actually. I think he had 50 minutes of real good surfing to cut down… I’ve been Surfing with Dion, Harry, Noz a fair bit lately too. It’s been great to watch those guys. They have a a completely different approach, chasing the heaviest kind of pits and ramps putting it all on the line. It’s really cool to watch how hard those guys go at hammer sections and big pits.

The videos you’ve put together with Kai over the years have been a big inspiration for a whole generation of filmmakers. With the number of short clips being released every week and our attention spam becoming shorter and shorter, what do you think it takes for people to sit down for half an hour to watch a surf film?

Thanks. It’s been a real good time making projects with all the guys I work with. I don’t know, I think things will come full circle and there are still a lot of guys working on cool projects. Good companies, brands, and magazines… It’s all still there, it just needs more attention.

Anyways, we don’t want to keep you much longer. How is the rest of your year shaping up? Any projects people should be aware of?

There’s ‘Audible Refuge’, a new film and collection by Former due mid year. I’ve also got an Epokhe frame coming in a few months.

When Dane talks shop, we listen.
Robin Pailler
InterviewsOriginals
May 23, 2022

In celebration of a new Vans collection.
Robin Pailler