It’s been a while since we’ve spoken to Wade.

In fact the last time was back in Volume VII, when we discussed the making of his magnum opus, Pentacoastal, alongside filmmaker Shane Fletcher.

If you’ve ever met Wade, you’ll know he’s one of the most humble and genuine humans out there. And despite suffering some gnarly injuries in the past decade, it’s clearly not affected his surfing, as demonstrated in his epic solo section at P-Pass that closes out the aforementioned masterpiece.

So since we’ve recently opened up Wasted Talent Studio (you may have heard about it), and our dear friends Vans are in residence showcasing Wade’s new surf collection for the next few weeks, we figured it’s the perfect marketing ploy to rope Mr Goodall away from parenting duties and give us an update on life back home. 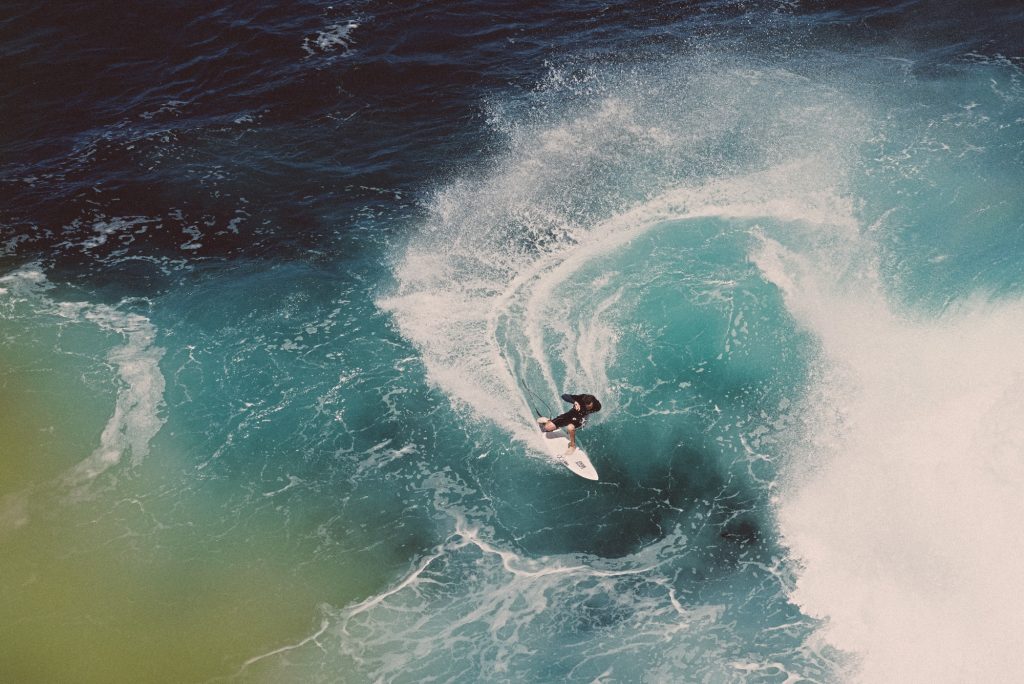 What up Wade? How’s things? 2020 was obviously a write off but how did it affect you in terms of day to day life in Bangalow? How has life been during/post COVID?

Yeah things changed a little, but I’m lucky to live somewhere without a dense population, so I’d say we definitely haven’t been affected as much as some places. We get to move around pretty freely until waves come and lockdowns happen.

I’ve enjoyed spending more time with my family that’s been a positive . Surfing around home mainly and then travelling interstate sometimes when the borders are open. It’s not normal though. Be glad to see the end of it all really.

Being something of a cinephile. Any films/tv shows you binged during lockdown that you would recommend?

I have just been rewatching Twin Peaks and Trailer Park Boys lately. Haven’t been watching too much to be honest. We got an indoor fireplace hooked up so I’ve literally just been staring at that for the last few months.

What’s an average day look like for you right now? Where/who have you been surfing with in recent times?

Everyday is different But I guess most weekdays I get up. Make coffee. Do the kids school lunches and then drop them at school. Drive to the beach and try surf. Anywhere between Brunswick heads and Ballina. If it’s bad I’ll come home and clean or draw. When I have a project to work on I get excited and have lots to do. But when there’s nothing much going on I’m just a stay at home Dad. Which is cool also. 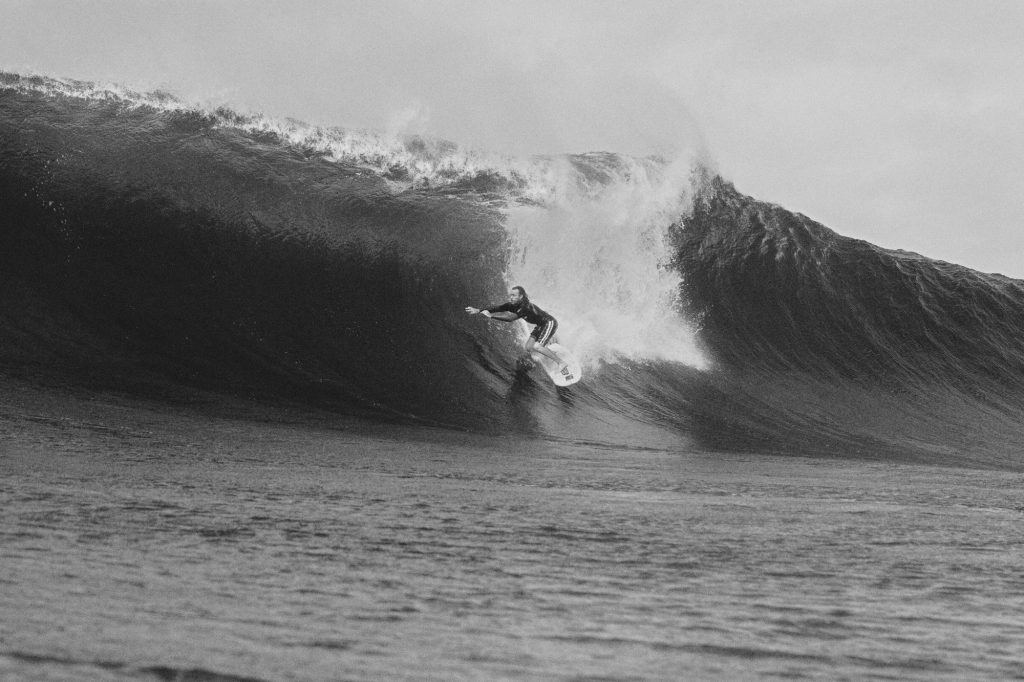 Obviously you couldn’t do a premiere tour of Pentacoastal which must’ve been such a bummer! How was the general reception to it online though? It must’ve felt pretty rewarding to win video of the year?!

Yeah the response was quite overwhelming to be honest. We worked really hard to make it a pure surfing video and in the end I was proud of it but I really didn’t expect it to go down quite as well as it did. I think it came out at a great time to lift people’s spirits and get them excited to surf and travel and spend time with friends again. In the end I’m happy that it went out via the web. I think the online premiere Vans organised was really cool and it went down well. I’m not too bummed to miss out on the tour. My liver is for sure stoked it never happened. In saying that I still would love for people to see the film on a big screen with proper sound like we intended. Maybe one day it can happen. Winning movie of the year was the icing on the cake and cemented that it was all worth it for everyone involved.

How did it feel releasing such a big project to the world after working on it for so long? Did coinciding coincidentally with COVID allow you to step back, take a break and appreciate the outcome?

It felt really good. Especially because I was actually happy with it and that people liked it. I loved the process but I was definitely relieved to have it done. It took a lot out of everyone involved. After so much time away from home filming and drawing in the studio then post production . It was nice to have it out and to spend some time with my family. It’s actually not that easy to make a good surf film. Especially if you give a shit. So it did feel good that it got done and it’s out there in the world and hopefully getting rewatched to fire people up to surf. 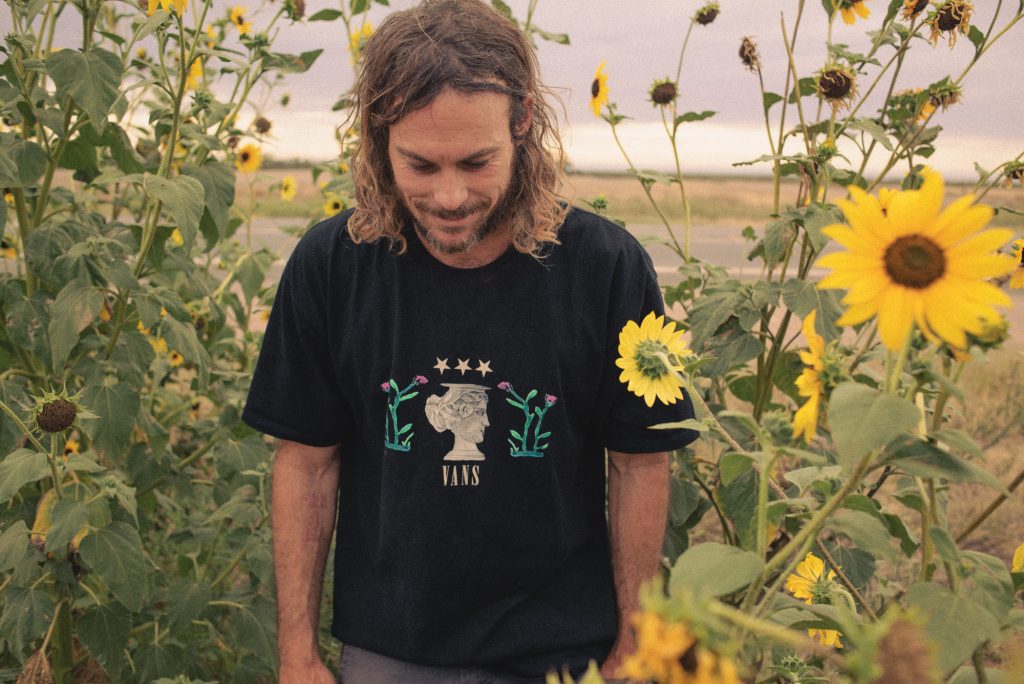 Seen much of Shaneo recently? You two got any future projects brewing or you guys sick of each other after those heavy editing sessions for Penta?

I have been hanging with Shaneo a bit yeah. It’s been cool to hang again as friends and not have a shitload of stuff to do. Having a few surfs with him has been mental now that his knee is all good. We haven’t got any projects brewing nar. Shane has some on the go though.

You just put out your third collection with Vans. It seems you have a lot of input on both the artistic and aesthetic front. How do you approach the creative process? Vans seems pretty open but do you ever have pushback or put forward ideas that are perceived too wild?

This collection came out super nice. I have had a lot of help from people in house at Vans over the years and have a good understanding of the process now. Didn’t cop much pushback or anything like that. Just normal constructive back and forth. Vans are cool like that. I wanted to make a range that had a  clean aesthetic with elements of my art and also some room for customisation hence the multi coloured lace packs that come with the shoes. Came together good. Happy that it’s out in the world.

Congrats on the clip you, Holly and Harry shot with Dave, Thomas and Jimmy for the collection? Desert missions looked fun! How did you guys approach the whole shoot?

Yeah that was a fun little thing to make. We had a pretty small window so just went to wherever the waves were good that week. Was a really fun crew. Love the way Dave Fox and Thomas Robinson shoot, so it was cool that they came with. I’ve been wanting to work with my good friend Jimmy Lee’s on an edit for a long time, was rad to have him piece it all together. It was fun learning to animate on the computer for that clip. It’s so much faster and cheaper. But I still prefer my other method of doing them by hand. I need to do more. I’m getting excited to get back into the studio

Harry’s surfing is so fucking good! His progression in recent years is insane. You guys seem to get on really well. What makes Harry so unique both in and out of the water?

Harry’s unstoppable. Pure momentum. He just gets on roll. In and out of the water. Always down to have fun, he has an infectious energy. super friendly and will talk to anyone no matter what walk of life they are from. It’s clear to see how much fun he has when he’s surfing and because of that I think he’s just going to continue to get better and better. He’s a certified madman.

With the likes of Pentacoastal, Sonic Souvenirs and Dion’s Dark Hollow, there seems to be renaissance of feature length surf videos of late? How important do you think that is in the current age of vlogs and disposable media?

I think it’s so good that people are taking the time to think about what they are making again. Surf videos will forever rule.

Any particular videos that have got you hyped in recent times?

As you mentioned. Sonic Souvenirs I loved. Same with Dion’s Dark Hollow. I like when Mason Ho makes things, it’s always real raw and genuine. Dane and Chapter 11 tv always. Looking forward to seeing what Noa is working on. I bet that’s going to have some meat on it. 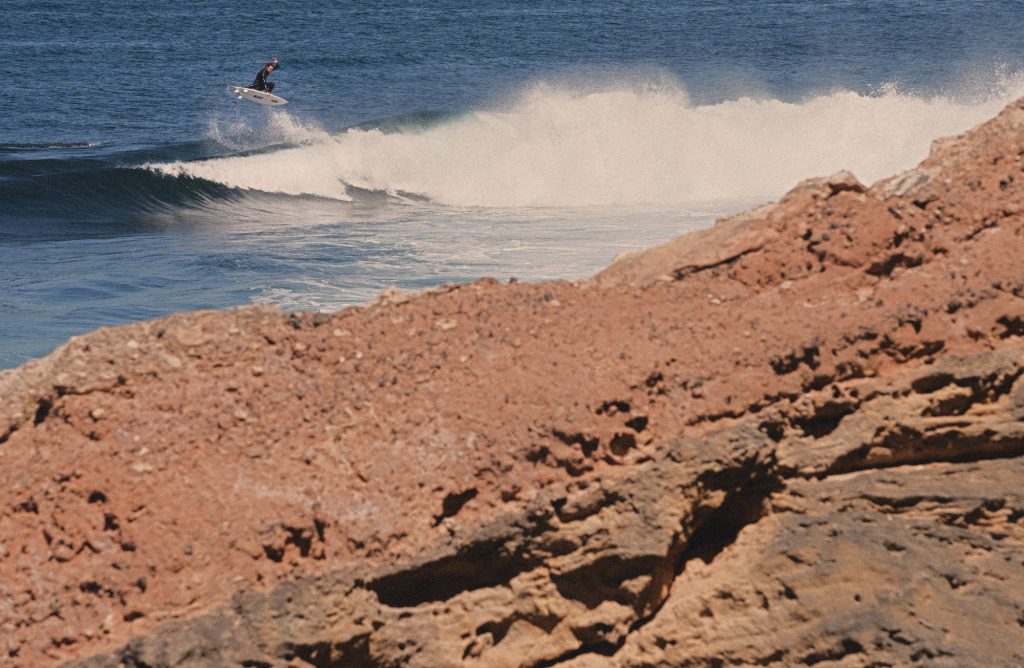 With the world slowly reopening have you got future missions planned once travel is open?

Australia is pretty behind on the reopening side of things. Hard to plan too far out at the moment. Copping another round of lockdowns lately. Just have to go with it and when the time comes try pop something off.

Who are you most stoked on in terms of surfing right now? Any next level groms around your ends we should keep an eye out for in the future?

Around home lately. Noa has been surfing real good. Same with Creed, he’s been rid a 7”8 Dahl berg everyday and has been ruling. Jai Glindeman is so good. I really like watching him surf. He has the most fluid style and power. It’s nice to see that in a young kid. Lungi Slabb is another kid with great style.  I just did a trip with Jaleesa Vincent and she was so fun to watch. Super unique lines and heaps tech.

How’s the rest of your year looking? What’s next in the pipeline?

Pretty mellow at this stage. Delving into a few new realms I guess. So a project might come out of that. Going to start working on some new art for a show next year. Summer is coming soon also so might have to get Funboys back together.  But some of them are still stuck in Berlin. So we will see how that goes. 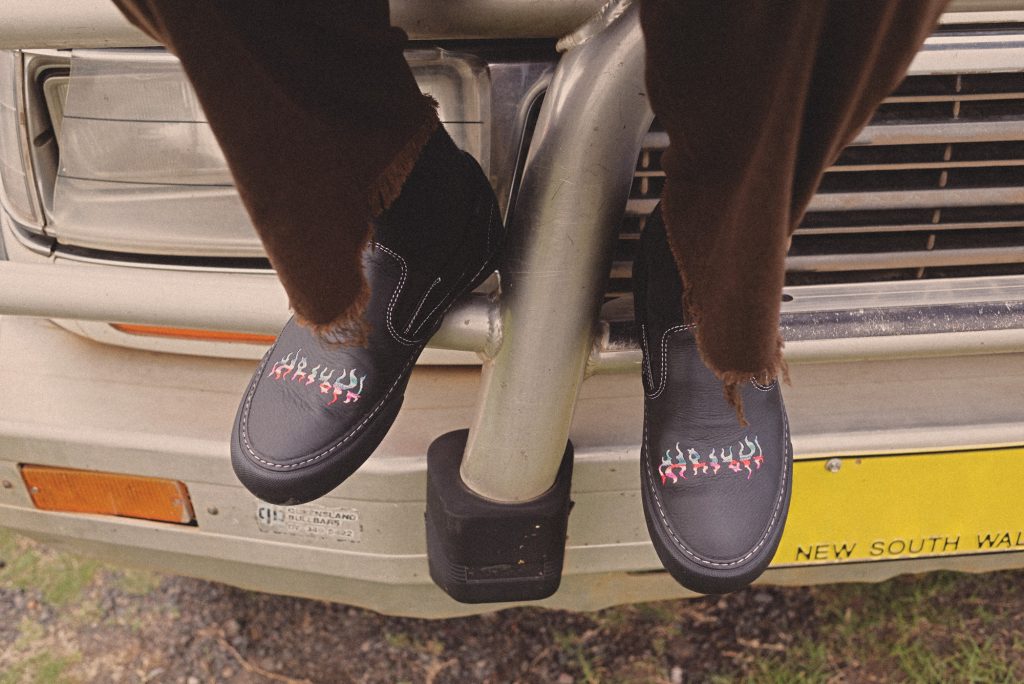