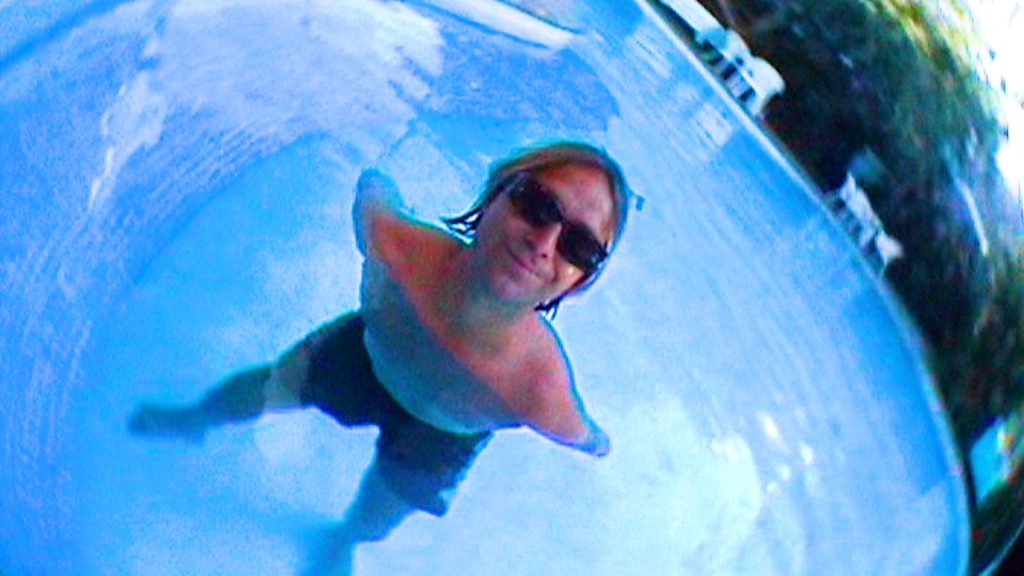 We hadn’t seen Alex for over two years due to transatlantic travel restrictions.

So when we finally crossed paths in Hawaii in January, we were bummed to find him laying on a sofa with tubes coming out of a recently broken leg; to which one of our crew inexplicably asked, “did it hurt?”.

Three months later, we’re in Sayulita and stoked to say Alex is doing good. He’s still hobbling slightly but physiotherapy seems to be going well and a broken leg hasn’t affected his singing skills, judging by his epic rendition of “That’s Life” at Coco’s Bar karaoke on Thursday night.

And with a new unisex collection with Vans out now, we managed to find ten minutes to ask Monsieur Knost about collaborating with Lee Ann Curren, keeping busy during recovery and why we should all be watching Cathode TV. 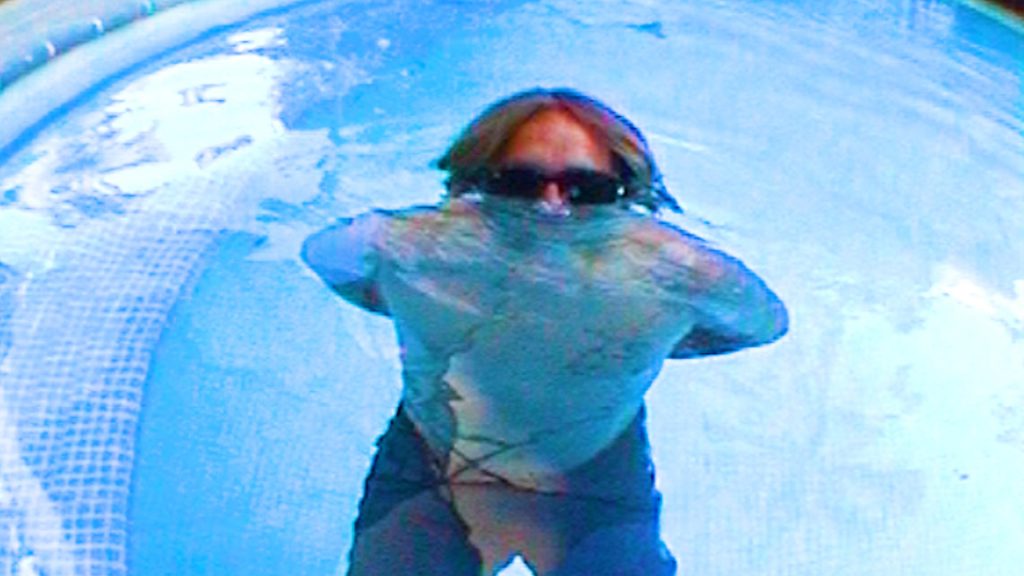 So the last time we saw each other you were laying on Dane’s sofa in that house in Hawaii with tubes coming out your leg. Can you quickly explain what you broke and how you did it?

I snapped my fibula and my tibia, so basically the two bones that run from your knee to your ankle. Pretty good. Clean in half. It was just after sunset and I’d been walking around on the wet grass. I was skating the mini-ramp,  just came off a tailslide, my foot slipped off and I kinda sat on my leg after rolling my ankle and yeah, it just snapped. So when I saw you I’d just had the operation.

I heard people were laughing at first thinking you were joking?

Yeah I was like, “I just broke my leg” and they were all “hahahaha”. And I’m like, “no I’ve hurt my leg, snapped in half like a carrot”. Luckily Nolan drove me to the hospital, backed up the car real quick. Better driving then waiting for an ambulance.

How have you been staying sane during the past 4 months?

There’s something kind of calming about being completely out of control. As a surfer you’re kinda used to it. But at the same time you’re driving around a lot, you’re chasing waves. Trying to shape your own boards. You’re always chasing y’know? In a weird way it’s been kinda nice to have just one thing to focus on which is physical therapy. Waking up and doing all you can. Also there’s a higher appreciation when it’s your own body but watching your body heal is pretty magnificent. To see it completely destroyed and obviously the science behind surgery is incredible but watching it heal has been empowering and I feel fortunate. It hasn’t been that bad. I mean check in in 3 more months and we’ll see but up to this point I’m feeling pretty positive.

You been making music in the meantime? What have you been doing to stay busy?

Yeah I mean a lot of physical therapy. Monday through Friday. I kinda treat it like a job 9-5. Do as much as you possibly can with what you have available. I’m really fortunate that there’s a lot of really great physiotherapists and my surgeon was really good. So yeah, just doing that and I’ve been recording music in the meantime. Shaping a little bit. It was pretty nice shaping with Rowan (Zorilla).

I wanted to ask how that went since he’s not had much experience shaping boards?

He’s pretty good with his hands. I mean since my leg’s been broken I can’t really be on it for too long, at least back then like a month ago or whatever. I was more or less totally hands off and he did a really great job. It’s always nice being around someone shaping their own board. I think it’s his third and fourth board. It’s so exciting and then for him to be able to ride it and for it to work good, I think it’s pretty empowering for himself.

Moving on to your latest Vans collection. How does that work collaborating back and forth with Lee-Ann?

Well, first off we had the idea of doing the collection. Lee-Ann and I have spent enough time together. We have similar appreciations but also completely different opinions on things. In a great way of course, which means we kinda mapped out something fluid. Not so much in what you’re wearing but how you wear it. So we wanted all the silhouettes to be downsized and upscaled for the clothing as we thought it made it seem a little more relevant to her eye. Growing up going to thrift stores or whatever, shopping second hand, you don’t really look at clothing as investment because you’re not paying big bucks. It’s more about being comfortable. So for me I grew up wearing clothing that potentially was initially designed for women. Or like girls wearing mens shirts. So it was just something that made sense to both of us. Then once you have that out the way, I think just trying to focus on a couple of specialty items that you’d be excited to find if they were in a secondhand store. A funky sweater or a nice slack with a front crease. And obviously Vans works with so many factories and product developers so it was kinda easy.

And was it your idea to get Warren (Smith) to shoot the collection? I thought that was a nice touch to the aesthetic of the whole thing.

Yeah, I mean I think the whole goal of it was to make it as natural as it potentially could be. I think all the great clothing designers, whether it be a runway or capsules, they’ve always initially had a muse or a general vision which became the nucleus. So part of Warren shooting was just so natural. I mean, I’m friends with him. He lives on my street and he’s genuinely inspired by a lot of designers and fashion labels and not only that but even the print that went along with a lot of pinpointed labels and shoots. Everything kind of fell under a sort of suburban art house in some weird way you know? Everyone worked together and it became an art department in its entirety. It was really easy in the same way you would alter a garment growing up. It was just low grounded. Warren obviously has his own clothing label and is a surfer and a friend and just enthusiastic, open minded and without ego and I think that was the whole point of the collection.

Do you and Daniella ever contemplate moving down to Biarritz? I feel you guys could easily settle down there for a couple of months. Especially with Jules and Lee-Ann and so many other people there.

To be fair I did the artist residency in Marienia so we spent a month and a half in Guéthary. We created a body of work in one of their rooms. Half of their rooms are gallery spaces and the other half is for people to rent. I mean we had a great time. I made some paintings. Dani made perfume and we made some perfume bottles that we had one exhibition there. And then when we did the Tan Madonna movie we stayed there another month just surfing and playing music with Lee-Ann.

I always wonder if you guys get sick of living in America with everything going on over there?

To be honest when I was growing up and really looking at other places, I was really into Biarritz, like, I wanted to move to Biarritz. But coming from California I never understood the concept of seasons so…..I bought a one way ticket when I was 18 and it was sunny and happy and I was surfing a bunch and then I saw the weather change. I was staying at Grand Plage and suddenly everyone shut their shutters, the town shut down and……….I left. So to answer your question I always imagined leaving California but after travelling I always come back. It’s weird. I mean, I always grew up fetishising of like, New York in the 70s or 90s, or France and Europe in the early 80s. I always thought I’d end of there but some reason I keep on coming back. And now, more so than ever, California and utilising the convenience of Mexico being so close, it’s kinda been really enjoyable.

For sure. It’s my first time in Mexico and I can see why so many people love it here.

I mean it’s beautiful too and it has a mystique similar to a lot of California.

And before we wrap this up. Have you seen any films recently you’d recommend? I know you and Daniella appreciate good cinema.

Yeah Daniella knows everything. I mean I’ve really been into this website called Cathode TV. So I don’t know who runs this at all. But they’ll do broadcasting where they’ll play movies starting at 9pm until 4am.

Wait. So is this TV?

It’s a website. So the funny thing about Daniella and I is we’ve never had a TV until like, not even a year ago. We had a projector and a small VHS/TV combo. So now we can stream on this little flatscreen we have that connects straight to the internet. And they’ll stream worldly, outsider, small director stuff.

Well kinda but no because it’s already curated, you can’t pick it out. It just streams different movies that are curated by whoever is doing the curation that evening. And they’ll have different themes like, Japanese horror or raunchy sixties comedies. It’s really cool. And a lot of the time they’ll do nights where they don’t list what’s playing. They have an Instagram where they’ll write the synopsis and the years and everything and then suddenly it just plays and you don’t really see what it is. But whoever is curating it is doing great. It’s really nice and sometimes it’ll be bizarre music videos from Sri Lanka or midget wrestling. So that’s something I’ve been watching. We also just started watching Winning Time. It’s about the legacy of the Lakers. And it starts in 1980 or 1979 when they drafted Magic Johnson. It’s pretty funny. John C. Reilly’s plays Jerry Buss.

Right! Adrien Brody’s in it. He’s phenomenal. I’m really getting a kick out of that for sure.

Nice to see Adrien Brody get a good role, I feel like he fell off ever since he won his Oscar for The Pianist.

I mean you gotta watch him in Winning Time. I won’t give it away but my Dad knows exactly who he was. He portrays a Laker that was slightly earlier, so he’s kinda in his mid thirties at the time and doesn’t really know what to do with his life and wants to be an announcer. This is right when everything’s coming to fruition with the NBA, especially West Coast, out of the Celtics dominating. The coming of the Lakers girls and Jack Nicholson sitting in floor seats. It’s pretty cool watching it trying to make it this big forum.

Did you see Licorice Pizza?

How good’s that Bradley Cooper scene?

Oh that in itself is amazing.

(At this point Alex is being beckoned for other media duties that he’s already late for).

(Shouting over) I’ll be there in a sec, I’m just wrapping up this interview.

All good, I think I’ve got what I need. Thank you Alex. 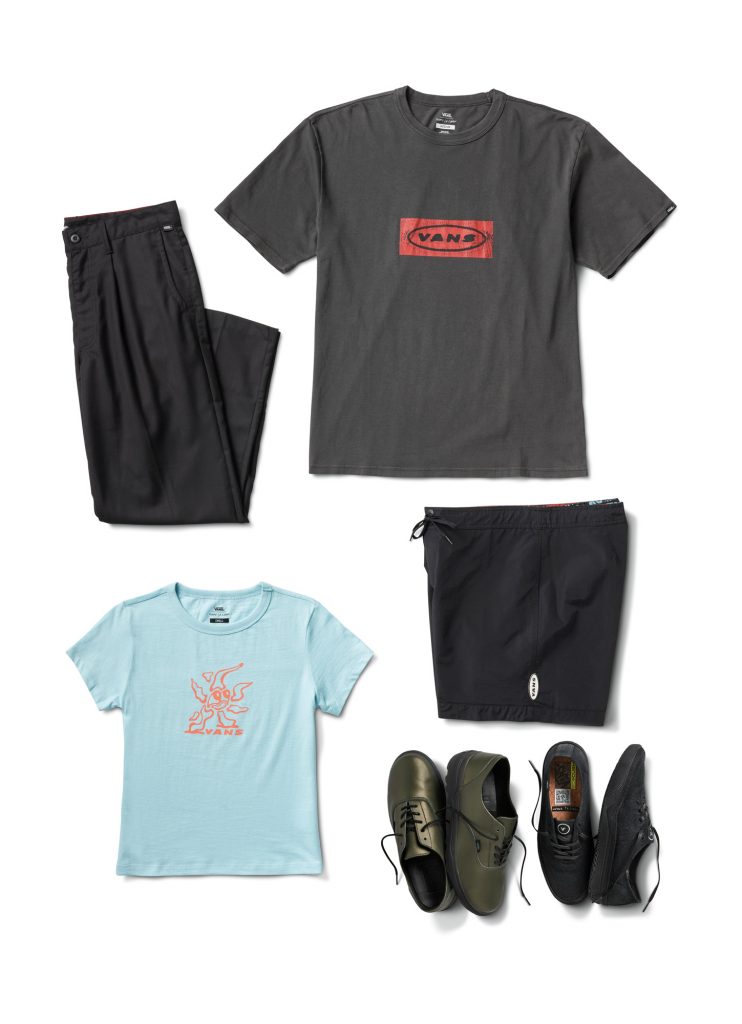