Skip to main content
Close Search
Back to Interviews Next post: In Conversation with Ballet’s Jamie Krups

Catching Up with Rémy Taveira 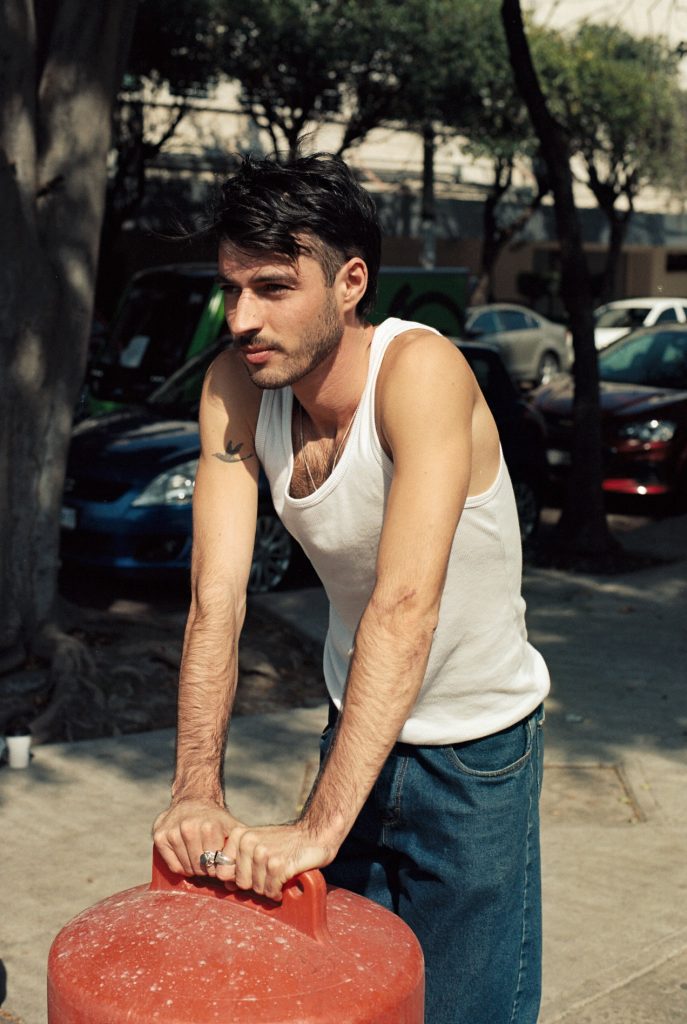 This interview was originally published in Volume XI, August 2021.

It’s no secret Rémy Taveira is a prolific nomad. He’s one of those guys that seems to crop up everywhere.

Whether it be an Öctagon trip to Japan, the latest Atlantic Drift voyage or a homie trip for Giddy, you can guarantee Rémy’s gonna make an appearance.

And even when he’s back home in Paris, he’s still stacking clips for Carhartt and Converse in abundance. So I can’t say I was surprised when we randomly crossed paths on the south west coast of Mexico recently. Sayultia to be precise. After a rogue attempt at longboarding, we kicked back on the beach with a couple of cold ones for a random chat. 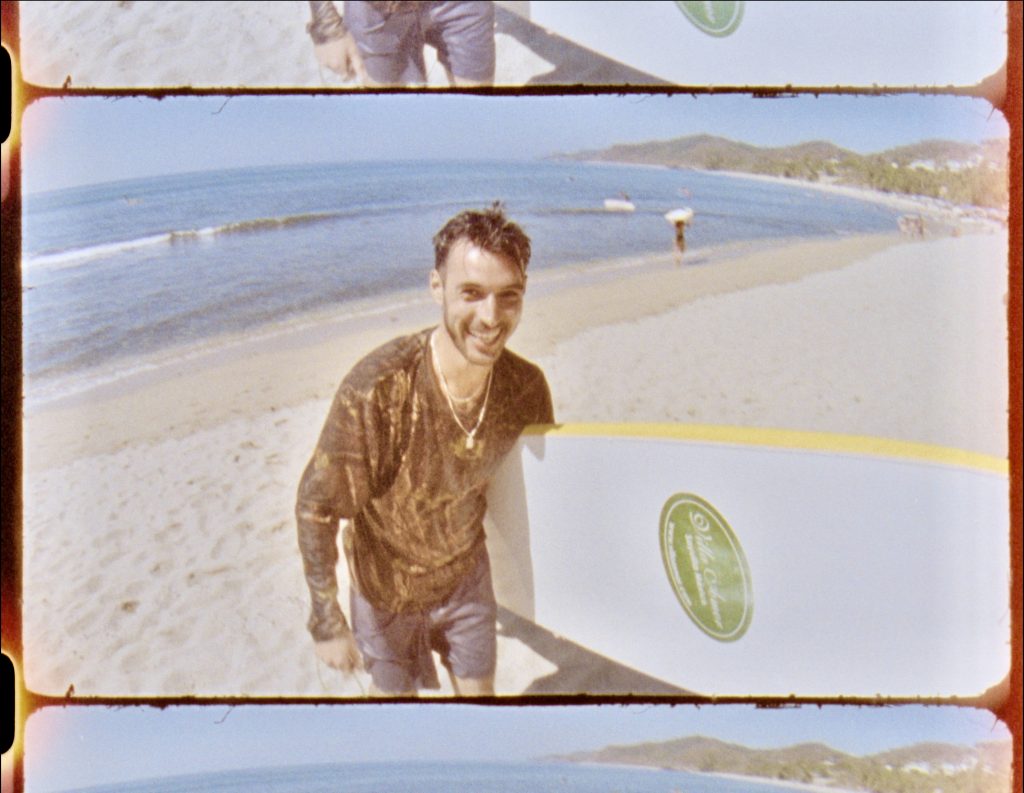 WT: So what brings you to Mexico? Why are you in Sayulita right now?

RT: So Sayulita is pretty random. I originally came for a skate trip we did with some friends in Monterrey, which is a city up north. My friend Tolya (Titaev)’s girlfriend is from there and he went there on holiday and said there was loads of spots. So we just came without having any connection, and Tolya couldn’t make it because of the Russia situation and stuff. So we just ended up going without him. But it was a really good trip. Like, we got to skate so much stuff. No problem with like the police and stuff which is really good. Because we were just in Mexico City in January and it was really fucked up with cops. It was so frustrating.

What happened to the footage that you shot in January? Is that the stuff in Rassvet’s I Miss You?

No, that was last year because I was in Mexico City last year in January. And we shot some footage there.

Yeah because I noticed you also had a cameo in Felipe Bartolome’s video Perro Sismico.

Yeah I was there for almost two months. And then we went back with Romain Batard to film this edit.

Is it a Giddy?

Yeah it’s gonna be a Mexico Giddy. We’d already come here but we decided to come back because we knew we didn’t have enough footage. So that’s why we came back to Monterrey. To finish it off. And I think it’s gonna be really good. Just for like the spots that we skated and stuff.

How did you boys get Axel (Cruysberghs) on the trip?

I guess he’s just a long time friend and he skates with like Val and Joseph and goes on Vans trips with those guys so it just made sense. Felipe lives in Mexico City too. He just got married actually. Like three weeks ago to a Mexican girl. So he’s fully living there now.

Tell me about the latest Öctagon clip coming out? I missed the premiere.

I think it’s gonna come out soon. I don’t know. I think we’re just waiting for the Thrasher guys to set up a date. But yeah, sometime soon. We did a few trips for it. One in the Netherlands and then the rest in Paris. And yeah, it’s gonna be pretty cool.

And who’s running the show and filming? Is Joaquim Bayle still filming?

No, Romain’s filming. Joaquim’s no longer part of Öctagon. So it’s now Clément Vanpé who owns the brand and edits and it’s Romain who mainly films.

Is there bad blood with Joaquim or is he just too busy with commercial work?

No, he’s all good. I just don’t think he wants to work on skate projects anymore because it’s too much work and you really have to have time. He’s doing a host of other things now.

Have you seen the Atlantic Drift Istanbul edit yet?

No I haven’t seen it but it’s also due to come out really soon. I think it’s had some music issues and stuff.

How was that trip?

Istanbul was sick. It’s a really good city. Pretty special. It’s really crowded though which can be hectic for skateboarding sometimes. There’s this pedestrian crossing that looks way worse than the Shibuya Crossing. When you’re there, there’s like a red light and you have to wait for like, 10 minutes or something to access the main plaza. It’s crazy. But it was good. I mean, we just met up with the locals and stuff and then would just go our own way. 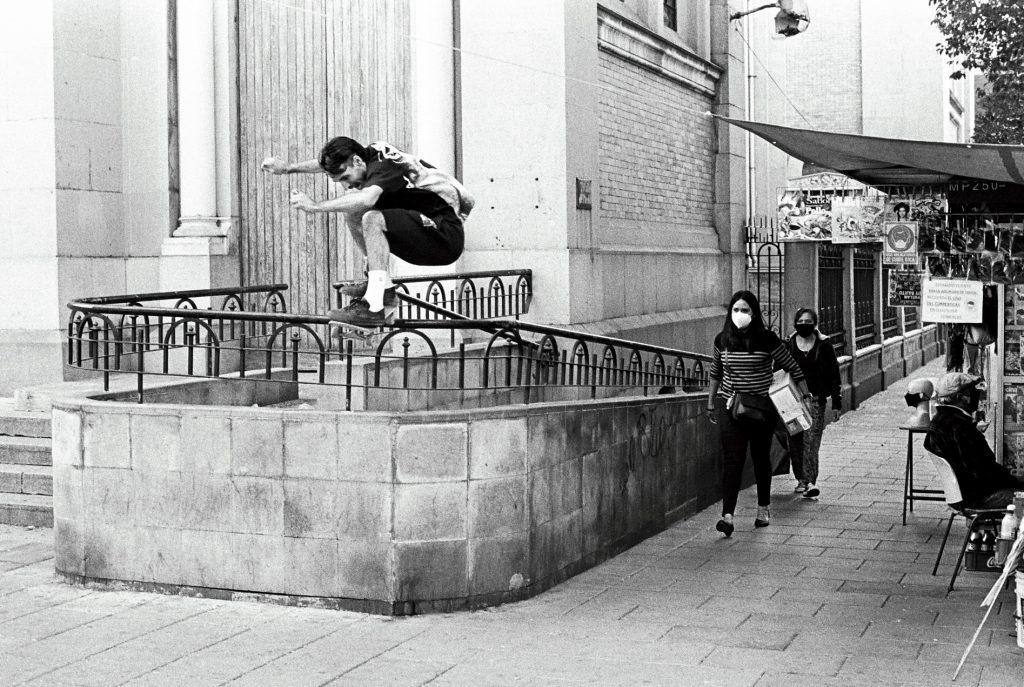 Do you ever consider moving to London? Because obviously there’s the Isle/Atlantic Drift connection…

Got any tips on who’s coming up in Paris? Any newcomers? I guess you see the scene evolve every day.

I mean, not really anyone specific. Of course sometimes I go to a spot and I see some new kids I’ve never seen before.

It was great to see all the guys killing it in the latest Vans video! All your friends like Lilian (Fev), Val (Bauer) and then especially seeing Joseph (Biais) get the last part!

What about yourself? It’s obviously been a while since we’ve seen a full part like your Carhartt welcome clip. But at the same time you’re everywhere! Whether it’s a cameo in Rassvet, or like a Drift, Carhartt or Converse trip. How do you mediate that? How do you prioritise what trips you’re going on? I feel like you’re always on the road. Like, you never take a break.

I mean, I like skating in Paris, but at the same time I think it’s quite small. There’s not like, a million spots. So I do get bored sometimes. It’s not like Los Angeles or London which are way bigger so you can explore a little bit more. I don’t know, I just never spend winters in Paris. 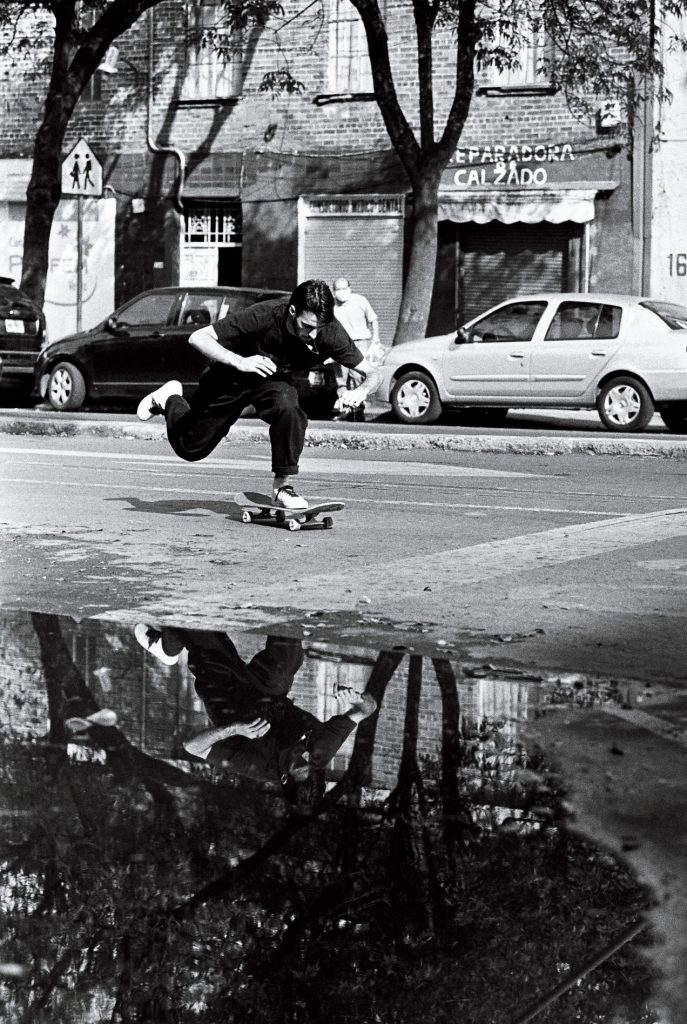 How’s your photography stuff? I remember your old blog theofficeview.tumblr.com. What’s happened with that? It’s been a little bit quiet. Are you still shooting?

Aha yeah I think it’s dead! It’s definitely on a low profile. But yeah, I’m still shooting. I was meant to do this exhibition on Mexico, but I’ve been waiting as I knew I was going to come back, so I wanted to gather some more photos. But it’s gonna be an exhibition from all the Mexico photos that I’ve been gathering for the last three years.

Just an exhibition or perhaps a book to coincide?

Maybe not a book but I’ll make a zine for sure. I’m just waiting to hear about some budget stuff. I was gonna do it with Converse. They’re still gonna help me out and organise something I hope. But it’s been low profile and they’ve been busy. But I’m definitely going to do it.

So everyone’s got their favourite Drift clip. As someone who’s been on most of the trips, I wondered what’s been your favourite? Mine’s probably Moscow.

Yeah the Moscow trip was really good. Russia was good because there’s so much. And I mean, you mostly see a lot of focus on plaza skating because there’s so many plazas there. But there’s way more to skate, it’s pretty insane. But let me think. What’s been my favourite trip? To be honest, all the trips are so good. I feel like now, I more enjoy trips when there’s like, a lot of good spots, like, unseen spots and stuff like that. So, I guess yeah, Moscow was a good one for that and Istanbul was really nice, especially the food and stuff. I mean, now it’s more about the food for me. That’s what’s exciting.

Hawaii was nice but it was weird to skate. It’s like, such a nice place to be, but we were going to really sketchy ditches and stuff. We’d just pass by like, these amazing, iconic surf spots and we didn’t even stop. It’s so hard to skate and you’re just always driving on the same road it seems. And Knox was getting married too so we were kinda there on a little stag do as well. 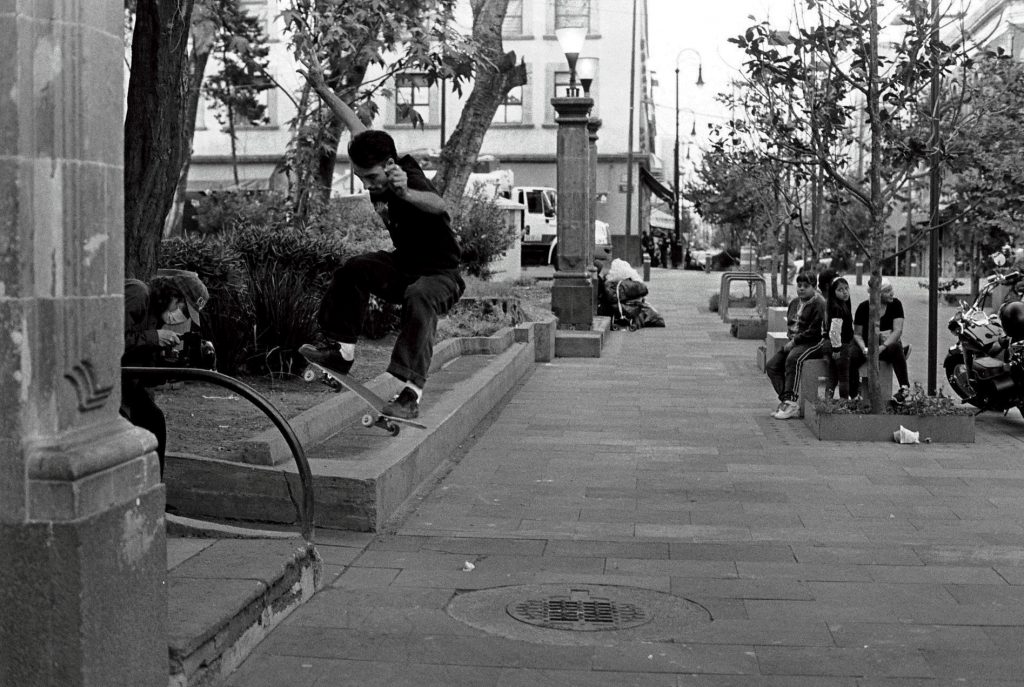 How was COVID for you by the way? Like especially the first lockdown being in France?

It was actually really good in a way. When I think back, I’m like, “Damn.” I just felt it was way more productive and stuff because skating was the only thing you had left. Plus there wasn’t that many people around. I kinda wish I’d had a project going on in Paris at the time, especially as all the Vans guys were working on their video. I guess I was mainly filming for the Carhartt video though which was good.

Who’s your favourite skater Rémy? Who inspires you?

I don’t know. All my friends inspire me the most. I like Cyrus (Bennett)’s skating for sure. The New York guys inspire me too, that type of skating and stuff. A lot more than like the West Coast anyway.

What you got set for the rest of the year?

I’m mainly gonna stay here in Paris to film for the Converse video this summer and I’ve also got a little Spitfire thing going on, so not too many trips I don’t think. I’ll try to spend most of August in Paris which I’ve never done before. 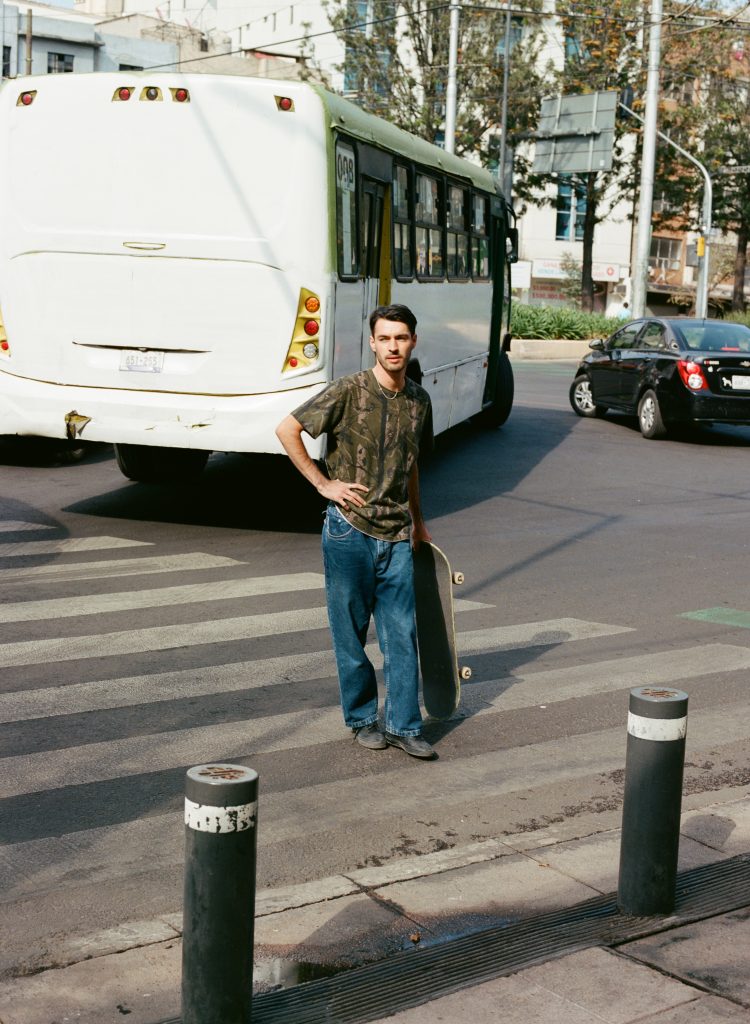