In Conversation with Ballet’s Jamie Krups 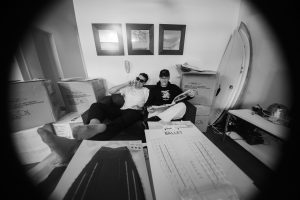 It’s always refreshing to see things done a little different, and that’s exactly what Jamie Krups and Seb Raubenheimer have done with their recent creation House Of Ballet. We’ve been in touch with the boys for a lil while, making the acquaintance through our dear mutual friend Noah Collins who’s part of the Ballet entourage. And so when our inbox got gifted gold from their first team trip to an iconic spot just north of their home in Sydney we thought it as good an excuse as any to jump on the phone with co-founder Jamie for some accompanying words and find out a little more about their enterprise.

Firstly for those reading can you give us a little back story on Ballet? What you guys do, how long you’ve been running?

Ballet kicked off 01.01.20, a few months after Seb Raubenheimer and I had come out of a little design school and were looking to have something to continue working on. It’s technically a surf hardware and apparel company, but more fundamentally it’s a platform for us to try and experiment with things, collaborate with people, and try to create stuff which interests us and hopefully in the process inspire or give some sort of joy or utility to others. We’ll be turning 3 on the first day of 2023.

What made you first go into traction and hardware?

We wanted to do something within the surf space, as we’re both surfers and wanted to try and push within that world. We got into traction because that was the cheapest point of entry haha – we couldn’t afford any other area.

The aesthetics of the products are great. Is there much science which goes into the development or is the way they look the main goal?

Thank you. There is some science to it in that it still needs to be functional, however there is much less technical nuance to a grip pad as opposed to something like a wetsuit or a surfboard. With those items performance and function is a big part of the expression of the product, whereas I think with grip pads it may lean more heavily into aesthetics.

Yeah we released our first proper hardware collection earlier this year, before that we had just been running a single pad in two colourways. We are hoping to release video campaigns around each product that gives a bit more insight and reflection into the concepts behind the products, we’ve released two so far: ‘SINATRA’ which was a play on front pads being for air guys and a merger between Frank Sinatras song ‘fly me to the moon’ and the NASA moon launch Apollo 11, and now we’ve just put out our ‘CONCRETE’ campaign which is centred around the brutalist architecture era of the 1950’s. 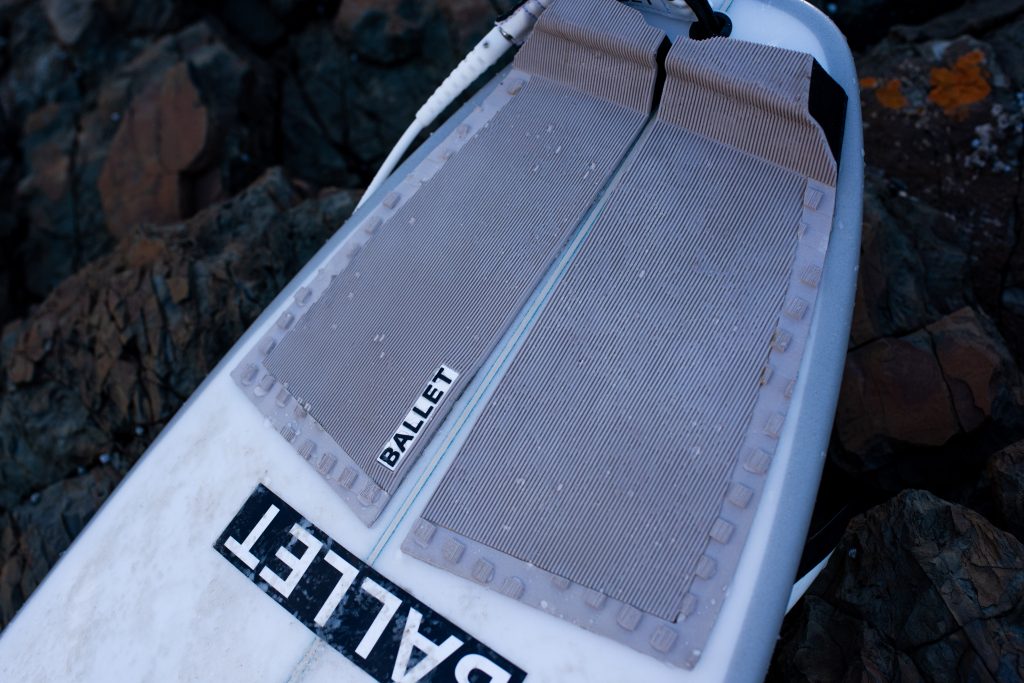 You’ve also done some soft good collections. Did that follow on naturally from surf hardware and how often are you dropping garms ?

Yeah we’ve had a play doing some basic screen printing on generic blanks which is fun, but the limiting nature of that style of production gets old pretty quick so we’re looking elsewhere now into creating original patterns and exploring different fabrics and things like that. We’re hoping to release our first proper clothing collection next month, which has taken the better part of 6 months now to get to the final stages. Previous to that we did 2 ultra low-volume (one-offs!) collaborations with our first team rider, Noah Collins, who’s pretty handy with a needle and thread. What brands outside of the surfing world influence your vision and the way you create your products ?

We like to look across a variety of industries, there’s so much good stuff out there. Curiosity is really all it takes to get enveloped into something and procure an appreciation for how it is done. Like I mentioned before we take influence from everything from a Frank Sinatra song to a style of architecture. In saying that, I think it’s important to appreciate, but not replicate. Always make sure to put a bit of your own blood into something so that it carries some of your own unique DNA.

And are the branded wetsuits just promotional items for the crew currently? Any plans with that ?

The wetsuits are handmade from Japan, courtesy of a connection we got put in touch with through our distributor over there. They’re incredible, the craftsmanship and quality that goes into them is remarkable and the way they fit and feel is a testament to that. Unfortunately they’re just promo, for now. 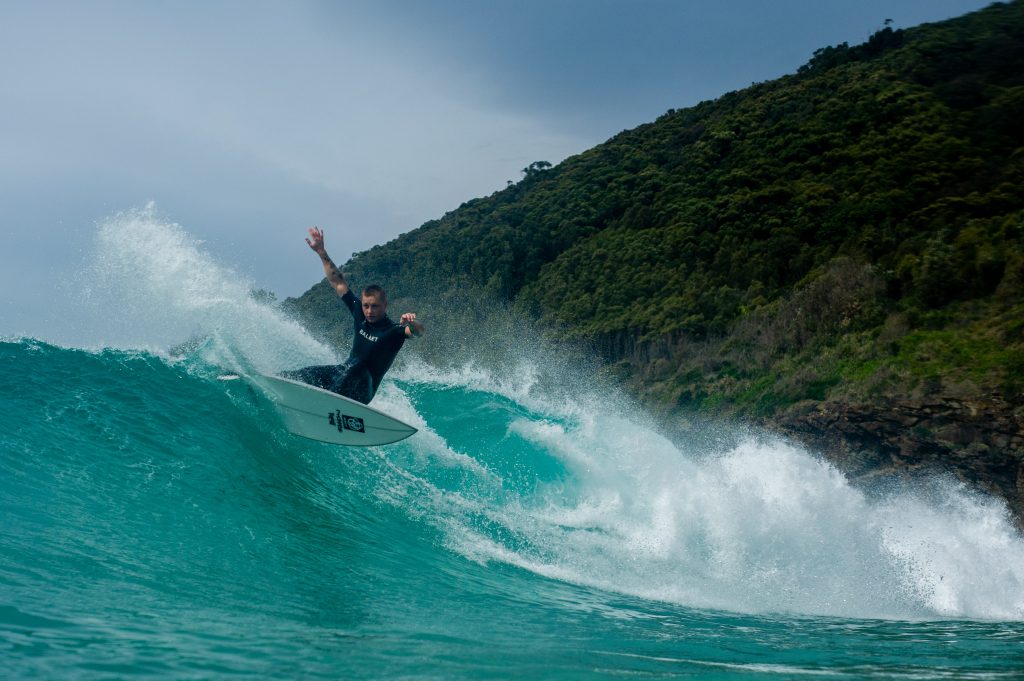 And you’ve just come back from a team trip… Where did you go for this trip and why did you choose that zone?

Yeah we got a little east coast crew together and headed up to Foster, about 3 1/2hrs north of Sydney. It’s a pretty iconic area on the east coast, and Connor Lee has a little beach pad there which we all crashed at.

A lot of this crew were in the film ‘FAIRY’. Was this the first official team trip whilst flying the Ballet flag?

In the last few months we were filming for ‘FAIRY’ Seb and I are were playing with some designs and responding to a few alibaba emails, but ballet hadn’t really kicked off yet. We’ve been shooting for ballet’s own full length film this year though and have done a couple trips for it now, this east coast one and then indo before that.

Looks like there was some fun waves and Tim Swallow got some great photographs… Were you travelling with a filmer too ? Can we expect some motion in the near future?

Yeah Timmy is a good friend of mine and was a legend for jumping on and coming up to shoot, Jackson Jones is another good friend who came up as filmer. He killed it and has a great eye, so great in fact he actually shot a wave of Connor doing an air while there was a towel over the monitor, and still shot it perfectly haha.

We heard you boys got into some extracurriculum activities… Who’s the better bowls player in the crew? And tennis ?

Haha yeah there was a tennis court where we were staying and the first 3 days were actually completely flat, so we were hitting that and the pub. We ended up getting one productive day of waves (which is where the shots come from) and then after that there was a huge storm and then we all had to head home. The world’s got a funny way of pushing back if you’re trying too hard. But the tennis and bowls kept up the morale. Seb got MVP on the bowls and Noah on the court. 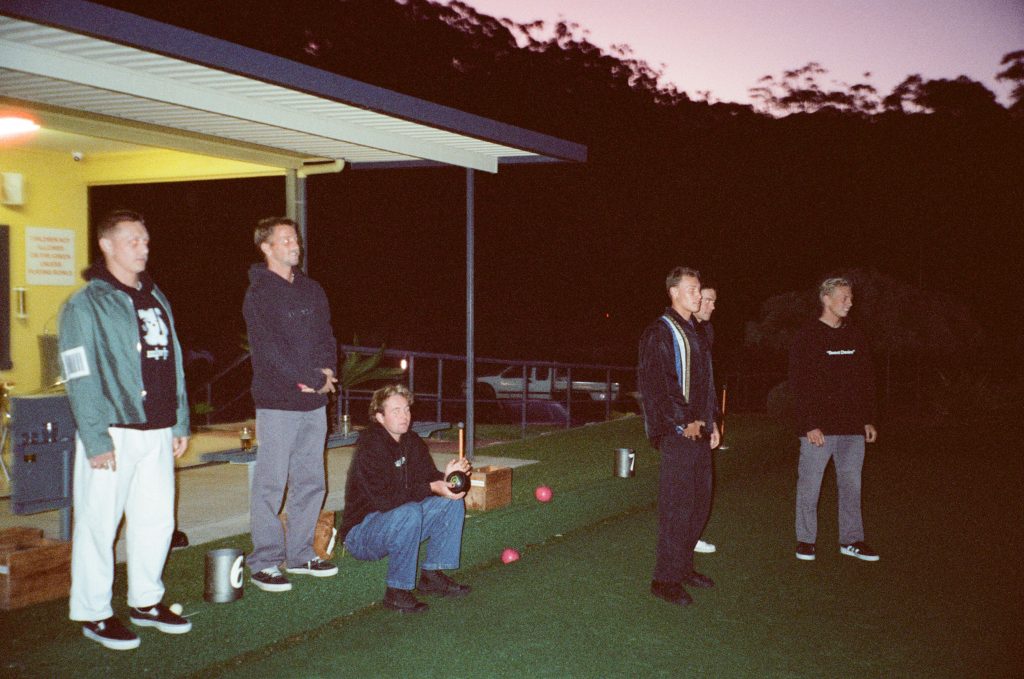 Overall MVP from the trip?

Probably Timmy or Jacko, the boys on the lens are the unsung heroes.

Has Noah Collins gotten any better at getting out of bed early in mornings ? Because he had a bad track record from our trip to Portugal..

The mornings weren’t too bad, one of the benefits of not getting any waves is not getting up at dawn to surf I guess. But he was passing out in the afternoons with his leather jacket and sunglasses on which was pretty funny. 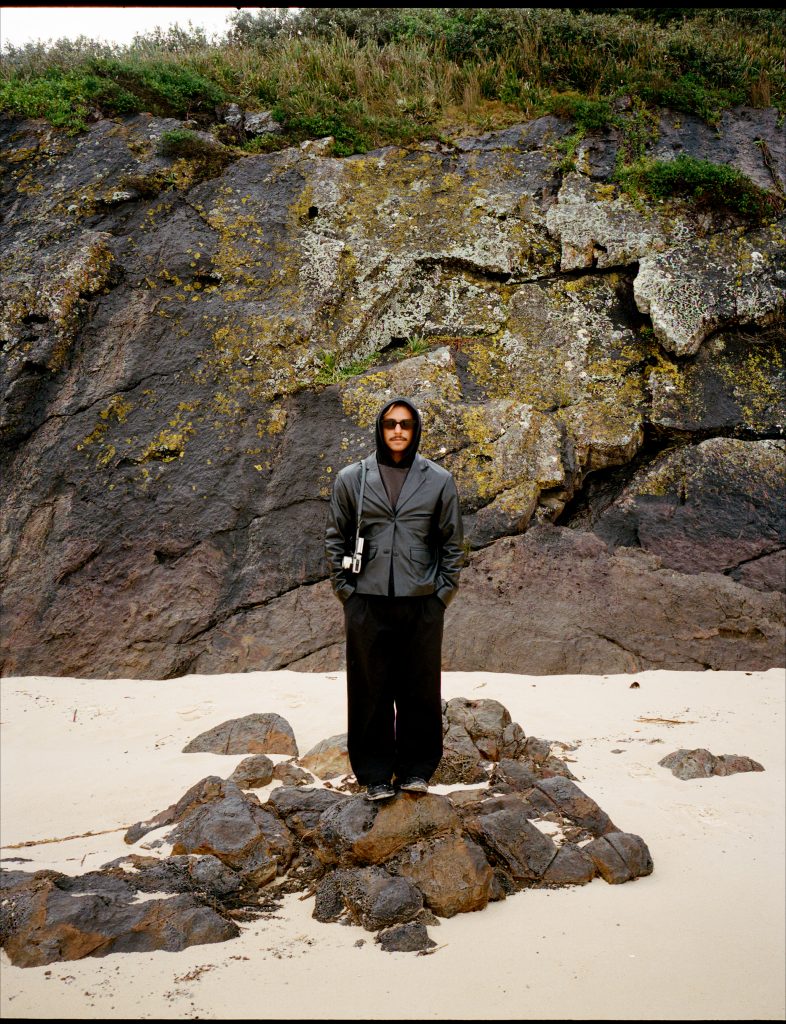 Can you give us a good anecdote from the trip before we finish up?

It’s all about the company you keep.

We’re hoping to launch this clothing collection at the end of this year and then our first surf film early next year. Those are 2 big milestones for us. Aside from that there’s always other things in the works, but one step at a time, for now.