Skip to main content
Close Search
Back to Interviews Next post: A Year In Review #10: Somewhere Around Barstow

In Conversation with Tom Lowe 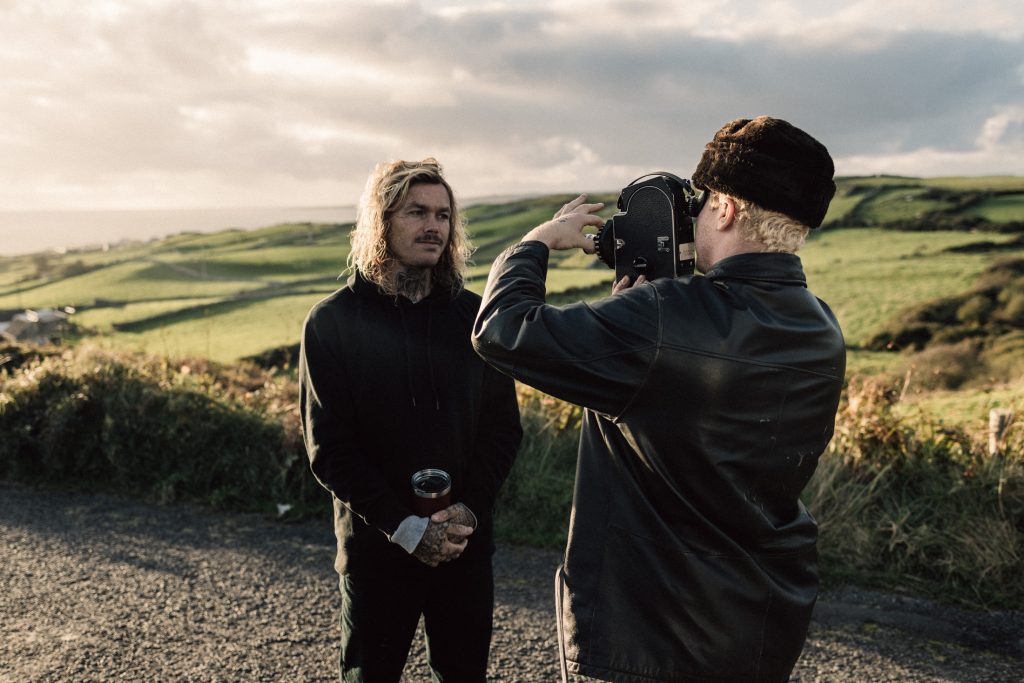 Last week we released ARNOW; Jack Whitefield’s profile film on Tom Lowe. A perfect depictation of Lowey and a visual masterpiece. One week on and we thought it only fitting to catch up with the subject for a deeper insight into the project.

First things first can you tell us where the name ARNOW came from?

It’s Cornish for STORM. I keep telling people that this is Jack (Whitefield)’s film and his vision of me, so everything down to the name of the film came from him. I wasn’t allowed to change shit even if I had wanted to… He did a great job and I’m really stoked on it.

You’ve done films with other people in the past but this is your first profile film. How did it come about? Was this a point in your life or career where it seemed to make sense?

You know how life goes, it’s not necessarily when you’re peaking or killing it that someone comes over and offers you something. Jack and I were just having a coffee and he muttered something about making a movie. We got talking about it further and told him if he wanted to put a proposal together and see what comes of it… I wasn’t going to do it because I’ve done it a shit load over the years and it’s often amounted to nothing. He chucked something together in his style. Basically a mash up Jack style which Vans green lit, and gave us a budget which was epic. 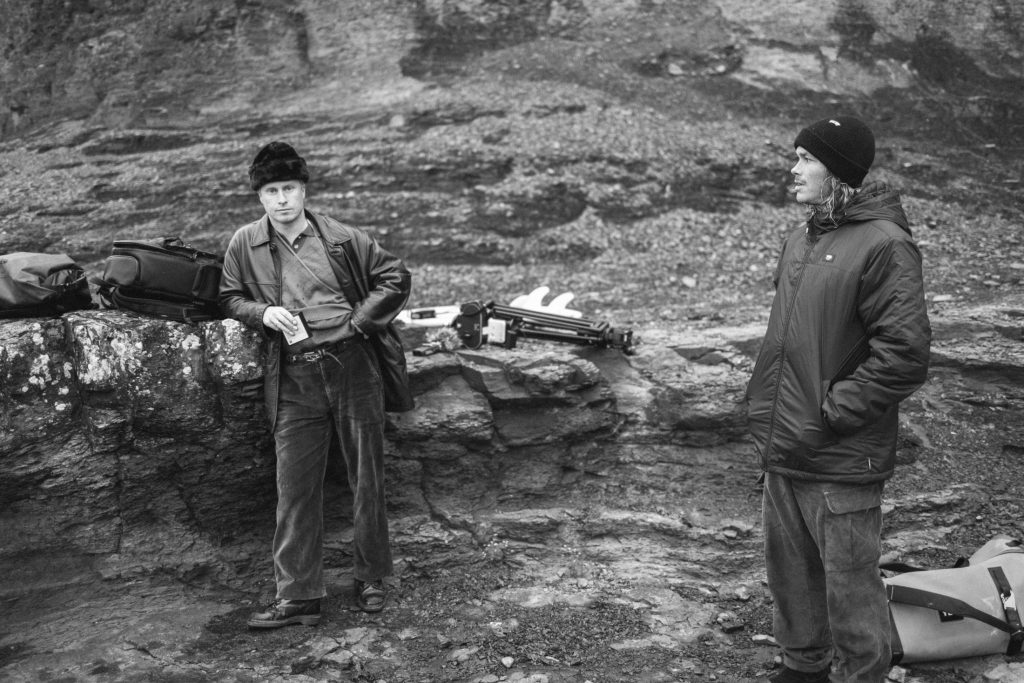 Jack is an extremely talented artist and filmmaker with a solid surf past but isn’t known for making surf films. Why did you decide to work with him?

This was something which came from him rather than the other way round, and obviously there’s few people who know me better. We’ve got our little crew of best friends from St.Ives and I’ve known him forever; having grown up surfing together it made perfect sense. I knew he was someone who would have a unique outlook on my life too.

How long did you guys work on this project in total ? Was there much back and forth between you two during the making?

The making itself was non-stop for like 2 years. Obviously with Covid things kept getting put on ice but we were chatting weekly on stuff. Like a married couple at times… We never fell out but we had times where we were over it, especially when it was dragging. He had other stuff coming up which he needed to get on with and I’m away so much too which made things hard. I dedicated 3 months up on the land with Dad in Cornwall and that’s when we really got stuck in. We shot all the stuff around home in that time. We integrated bits from people all over; Craig Anderson in Australia via Dave Fox. Harry Bryant and Nate Fletcher in Hawaii. We also did a trip to Ireland with Seb Smart & Jack Johns. An old school trip to finish it up. 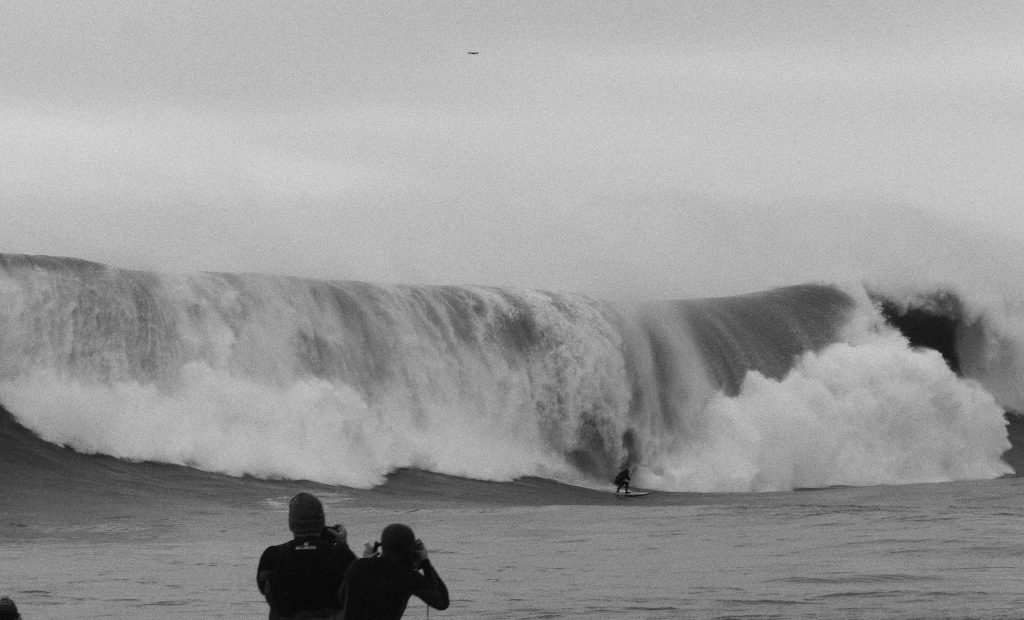 There’s some solid floggings in the movie. Was there a worst?

I think every single big wipeout in the film was just part of the session. Sometimes you get a beating and that’s a session ender but I kept surfing after all of those I’m pretty sure. I’m not saying the ones like at mavericks, where I’m doing rollie pollies down the face of the wave, getting pinned down and smashed to bits wasn’t violent and horrendous… or jumping over at Nazaré with 40 second hold downs didn’t suck. But somehow with all that adrenaline and maybe those particular ones which maybe stand out in the film as being gnarly, miraculously weren’t game overs.

What about the opener at Mully where you get sucked over and you can see all the rocks?

That’s an old one. It was actually the first time I ever paddled a wave at Mully and I got sucked straight over the falls didn’t I. I hit the rocks and Mickey Smith who knows the wave and filmed that told me that’s pretty much the worse case scenario out there. So I was like fuck it let’s keep going and go for gold. I managed to grab a few and the rest is history. 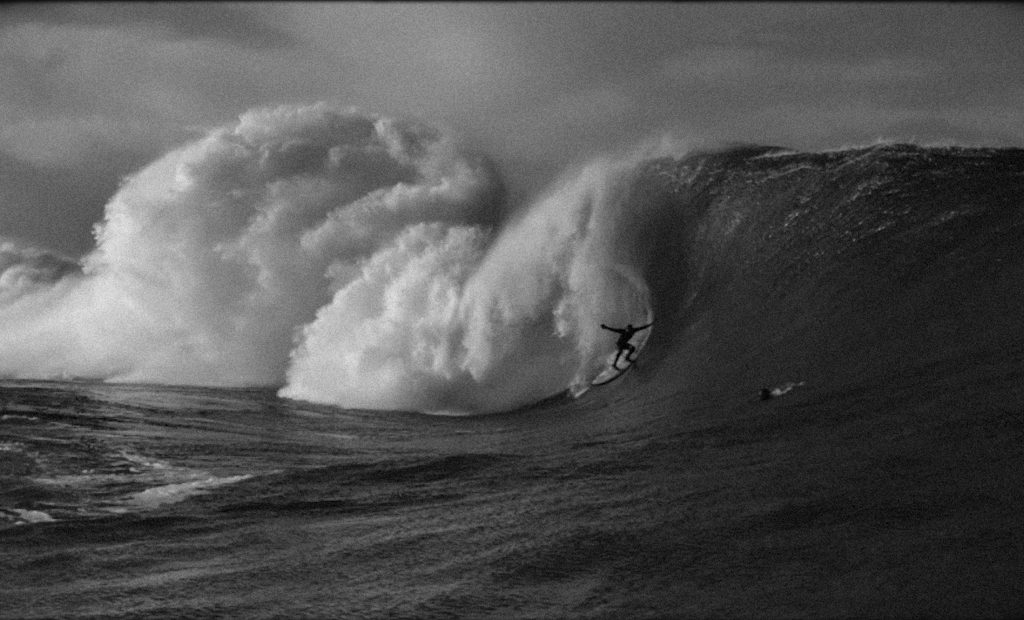 “I hit the rocks and Mickey Smith who knows the wave and filmed that told me that’s pretty much the worse case scenario out there. So I was like fuck it let’s keep going and go for gold. I managed to grab a few and the rest is history.”

If we go back about 15 years ago, you and Ferg were the first paddling out there?

Keith Malloy and a few other lads went out and surfed there years and years ago. Apparently they paddled out a handful of years before Fergal and I paddled it. I’ve never seen footage or photos and those guys are so humble so it’s hard to know how big it was. I only recently found out that they were actually the first.

How did you find the process of working on a full length vs just putting out single waves on social media?

It’s definitely inspired me to save clips and work harder on future video projects which I’m doing. It’s obviously a lot more energy consuming as you’re putting so much more in. This project was a little different, there’s lots of old stuff mashed up as we put most of the budget into telling the story but I’m into solid edits and the old school way more than anything. It’s funny nowadays I can post one good wave which no one has seen and it could get 200 comments. Then I post something about this film and its got less than half that interaction… I never thought this film would be one for the masses but it’s funny the way it works. I guess less is more nowadays? I’ve had a lot of peers who I respect hit me up who’ve watched it and say they’ve really enjoyed it and that’s made me more stoked than anything. 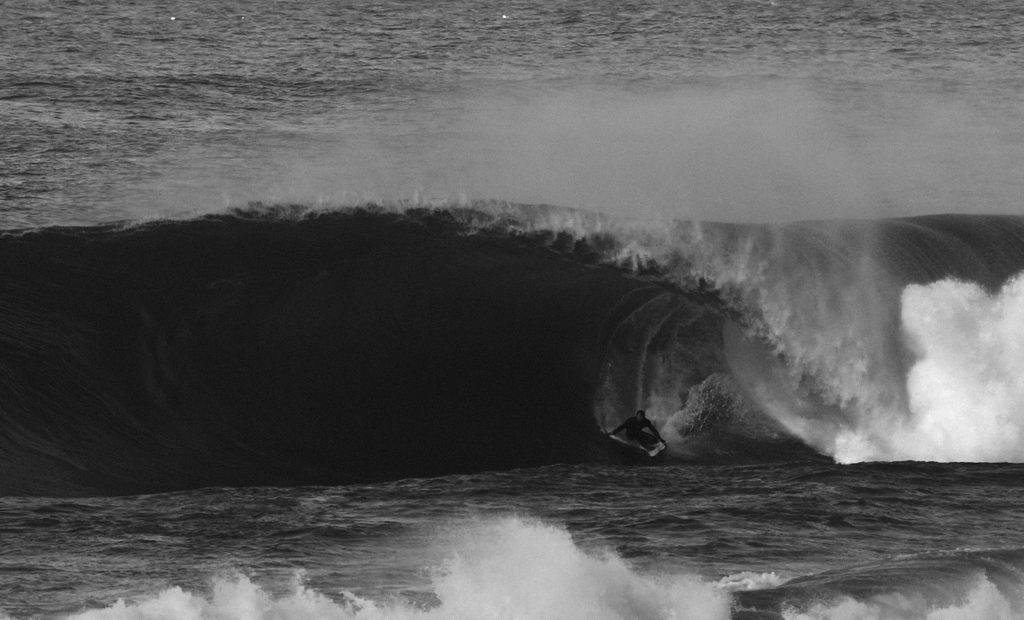 You had a niche crew of people feature in your movie… can you tell us a little bit about why you wanted them in there?

Well I had to have my brothers from home. My unit. My wife, daughter, Dad, Foxy, Smithy, Mickey… Some people got left out, be it because they don’t feel comfortable being in a film, or just weren’t at home when we were shooting. Then for the other surfers in it, some of them I’ve maybe only known for a few years but you know, you can connect with someone on one trip and have a genuine connection for life. I’ve done some random trips where I ended up with Craig and Harry, then we’ve ended up actually staying together in places and filming. The reason I picked these guys is because they are my favourite surfers. If I had to pick a handful of people who get me amped to surf this is them. They’re great to watch and I love their personalities. 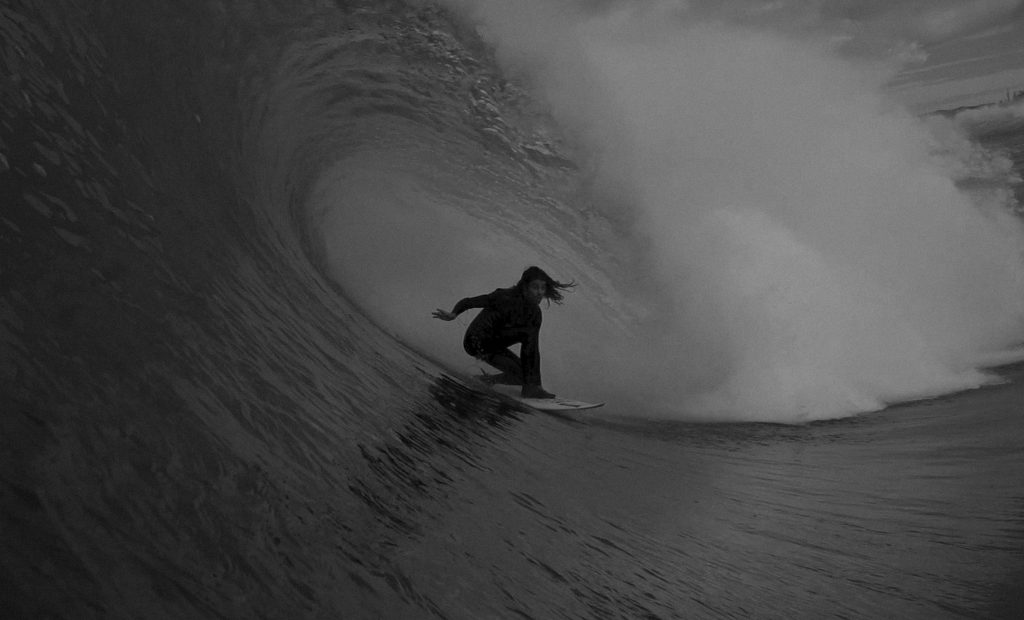 Have you done any trips with Mickey Smith recently? There’s obviously a lot of history there…

It’s funny you mention that I was actually in Costa Rica with my girls this summer and there was a huge swell at Chopes. I didn’t really have the money but thought it would be worth going if Mick could come and we could shoot out there again. Last time we went there we had an epic time (even if I dislocated my shoulder). We didn’t make it happen as we’re both on such different programs these days but I would love to do another one day.

You’re a full time family man these days. Where is home for you and the fam?

We’ve mostly been doing winters in Ericeira the last 6 or 7 years just because it’s milder than doing stints in Ireland. We love it here; there’s consistent surf and it’s not brutally cold. A pretty good European home base. We’ve also done a few Hawaii stints and then Mexico too because of the waves and it’s cheap. My wife Tess is from NZ, so we always do a stint here or there. We don’t have home right we just keep moving around for the most part, but we’ll probably end up there one day. 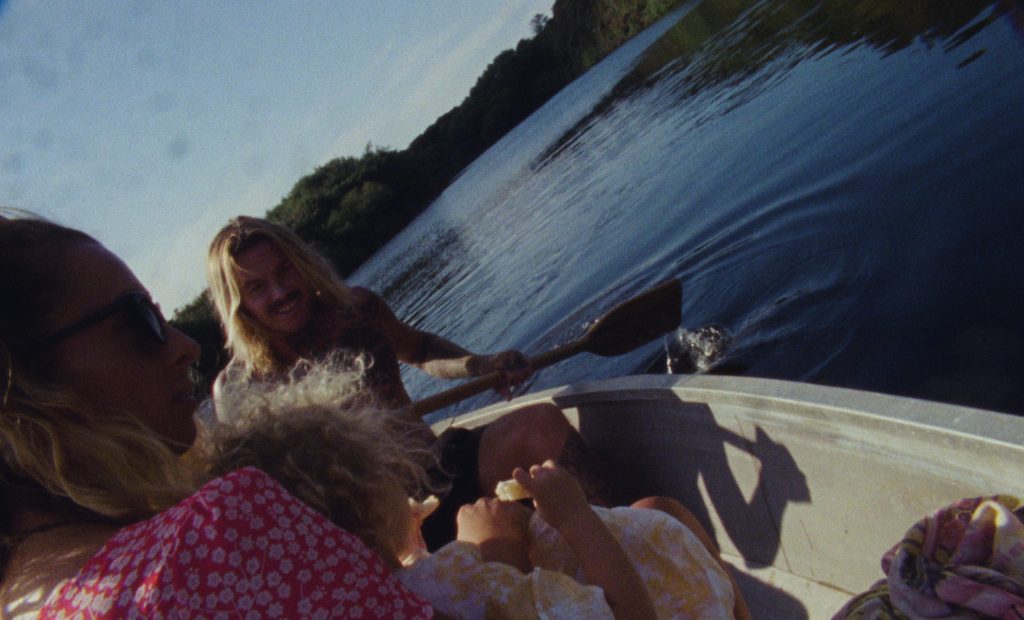 How does she deal with you going and chasing big waves around the world?

She’s incredibly supportive. She’s more likely to say go for the swell just incase rather than not go. She’s never said not to go. She’s a clinical psychologist and could earn way better money than me but right now she’s letting me pursue my passion. With our daughter Tiger being 4, I guess school action will start to creep up and basecamp might need to shift. We don’t have a strict plan for now… She’s put her career on the back burner for now. She’s really good at what she does and someday when we have more stability and a base we’ll go down that route, and it will be her turn to pursue that, she’s happy with that plan. She’s got my back on it.

What’s next on your agenda? Do you have any trips or projects in the pipeline?

Harry Bryant’s got a film he’s been working on. We had a crazy trip back in March for it so I’m super excited for him and that. We scored some great waves in Ireland. He’s a beauty.

Yeti sponsor me and we were actually making a film at the same time as Jack’s… it’s not the same. It’s crispy and colourful. That’s made and the film will be out next year. I guess I’ll have to go to Jaws if they hold the contest as I’m in it which is cool, but my whole focus, and I don’t honestly give a shit about anything other than Ireland. I just want to surf my favourite waves in Ireland. They give me the most satisfaction and challenge me more than anything. 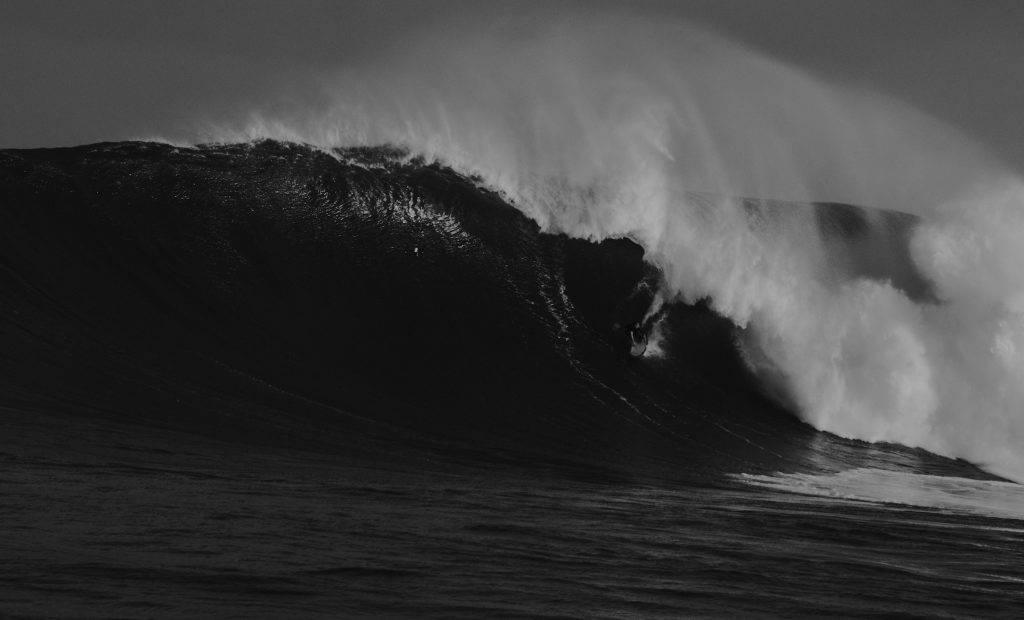 Any special mentions to finish this up?

The fact that Vans were willing to back us on this was pretty legendary. And Jack himself pouring all his energy into this. Then there’s all the filmers who chipped in and gave footage for free pretty much. Christenson – I wouldn’t be able to afford those guns so that’s legendary of him.

You guys for pumping me out there. Anyone else who chipped in, the music, the graphics all the rest of it !

There’s so many people that Jacks got favours from, Mickey… etc. Team effort.

And thanks to everyone who’s watched the film !