Skip to main content
Close Search
Back to Ports in a storm Next post: A love letter to Biarritz

Ports in a storm October 21, 2018
By adminmagNo Comments

“There’s no surf in the Med”

Well, good – If you want surf go to the Indian, Pacific or Atlantic. The Mediterranean has better food, the water is clearer, it oozes class, the girls are prettier, the wine is better, it’s warmer – apart from the Amalfi, it’s cheaper. The Mediterranean is far superior. It has style.

This is where the Amalfi Coast comes in.

After the La Certilia tour of death, which hasn’t received due diligence on a write up due to the official excuse of “We are saving it for print”, which we aren’t – I just can’t remember a fucking thing apart from being shouted at by an irate Dutch/ Iranian man for losing a room key. “YOU LOSE KEY – 25€ NOW”. I was done with surfing. I was done with surf premiers. I was done with life. Some R and R was needed.

So sly goodbyes were said to Dion, Chippa, Evan and Jay Davies in Rome. I like Rome. I love London and I love Lisbon and I love New York. But I like Rome – this was a first kiss. But it was time to leave and see Mr Hertz. Now firstly Italy is run on Fiat 500s and anyone that goes to Italy and doesn’t rent one is a fool. The highly coveted Fiat 500c (Cabriolet) is simply the finest motorcar in existence. So in a Fiat 500c, (Navy Blue with a Red Roof) white sunglasses balanced on the end of my nose, on my back a shirt costing more than my rent, roof down, and feeling positively metrosexual about life, I nosed my way down to The Amalfi.

But back to Style. And where better to start than the Italian Police or the infinitely better named – Carabinieri. White Leather Boots! Shiny Guns in White Leather Holsters! Navy Blue Alfa Romeos! Standing around cobbled street corners smoking cigarettes with tortoiseshell sunglasses perched on the end of perfectly tanned noses and looking positively radiant whilst doing so. More white leather bandoliers! I would consider it an honour to be arrested by the Italian police and would plead guilty on all counts as not looking as fabulous as them. Ever.

I have been known to let fantasy get the better of me.

The Amalfi! It’s hard to explain how beautiful the Amalfi is using words. So I won’t. At the beginning of this Article is a photo. This will illustrate. Houses perch on oversized cliffs whilst the Mediterranean sea glimmers and glitters below you. Capri twinkles invitingly in the distance.  Frequented by Wagner, Ibsen. Paltrow. Clooney. Sinatra. Hudson.  Amalfi Advocates. All of them.

There is one road. It is narrow and cliff side and you will drive your Fiat 500 cautiously whilst multiple Black Mercedes zip past you. At all times in your rearview mirror will be a man on a scooter, immaculately tailored linen suit waving in wind, Marlboro light in corner of mouth. The Amalfi is run on Fiat 500’s, Black Mercedes and Scooters. Only the Carabinieri drive Alfas. You will stop for lunch and sit next to Bill Nighly. The Pizzas will arrive in seconds however lunch will take 5 hours. The wine is always white and always dry and always cold.  Italian Service is impeccable. Attentive, not Intrusive. Friendly, not over familiar.

By the time the afternoon sun starts dipping past its peak you will doze on black sand beaches and with an ice bucket of more white wine within an arms reach. Bathing in the Mediterranean is encouraged until Christmas. Of that you have my word. The med stays surprisingly clement for long time.

By night you will consult your iPhone as to the most succulent hotel you can afford. You will arrive and a man will carry your bags despite you feeling awkward, as you are perfectly capable of carrying them yourself. You will shower. You will go out for dinner and look at the lights of Positano winking suggestively in the distance of what is now a black sea and look into her eyes and wonder how Olive Oil can taste so divine. Another Bottle please Giorgio –  “Si signore”. You will sleep soundly and wake without hangover. You will have pastries and fresh orange juice for breakfast. You will repeat the above for as long as your bank account allows. Have you forgotten about Surfing already? I have. I am liberated. I am vindicated.

“You may have the universe if I may have Italy” 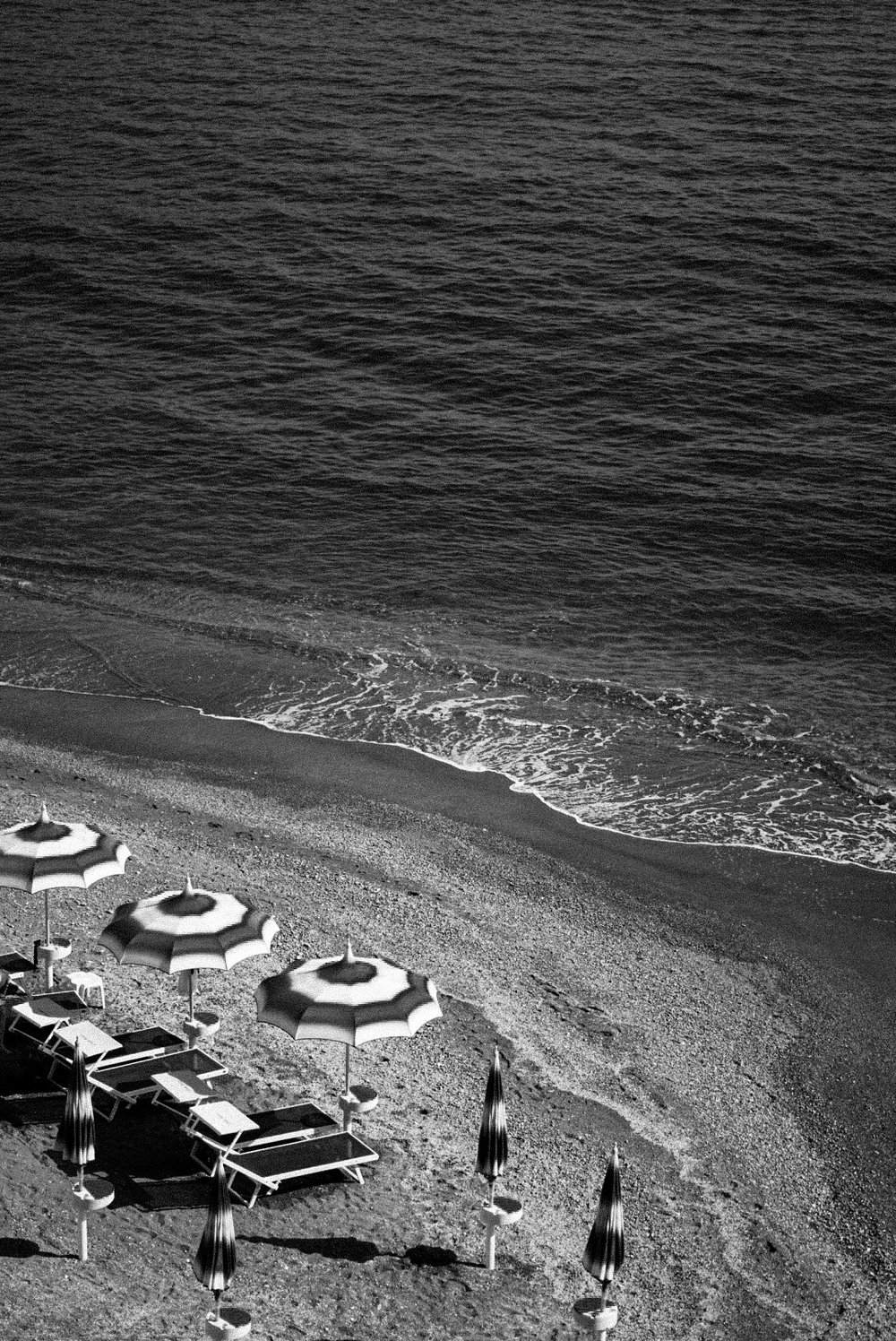 For a start it’s Barca, and you don’t turn down trips to Barca. Second. It’s a welcome fucking distraction right now.
adminmag
Ports in a storm
March 31, 2017

Barcelona is a port in a storm we would highly recommend visiting.
adminmag