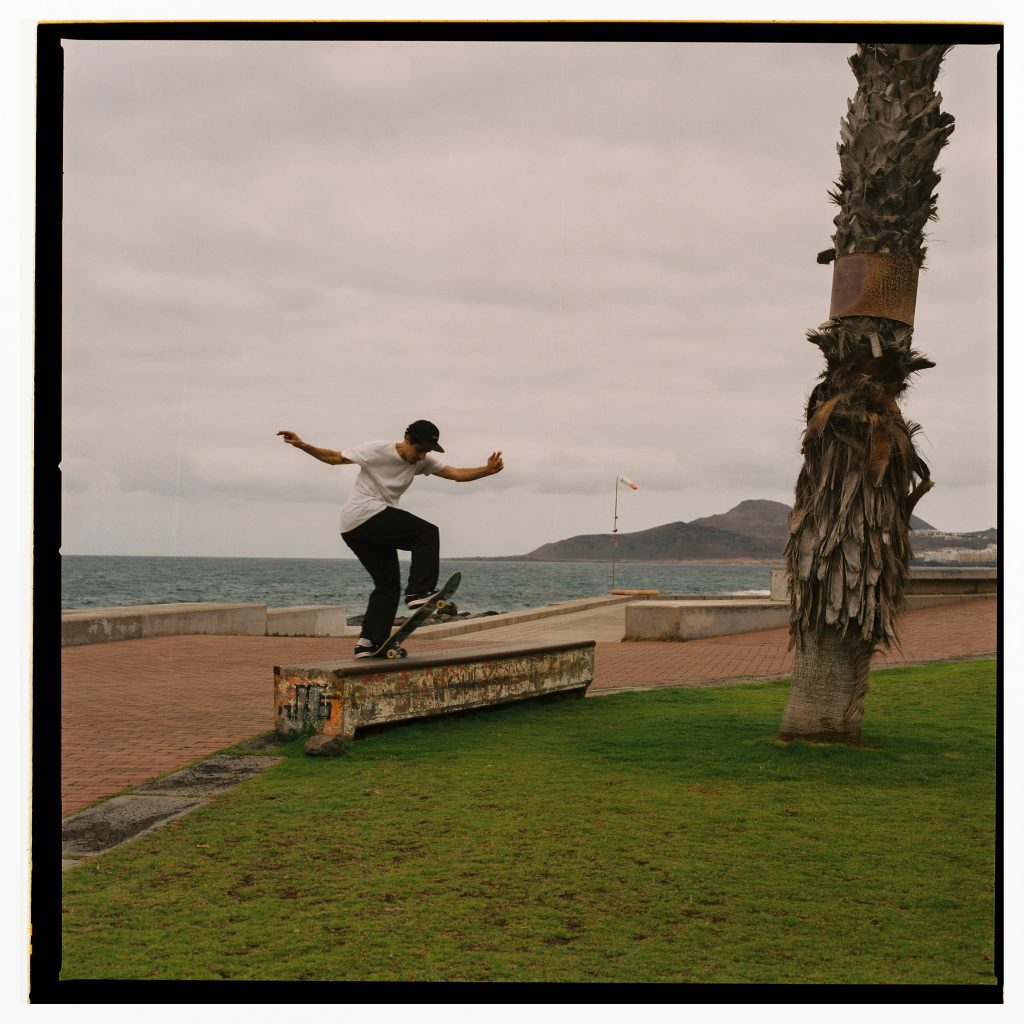 Gran Canaria is the third largest island in the Canaries Archipelago.

It’s an island of contrast, dramatically varying from a lush, green and rainy north to a dry and arid south side, separated by a mountain system in the middle defined by its “Barrancos”—big valleys sculpted by rare rainfalls. Its capital, Las Palmas, is actually one of the largest cities in Spain and has one of the biggest and most important harbours of the territory, linking the island chain with Europe, North Africa and South America. You can feel that the city never sleeps and there’s always something going on. The traffic is terrible, finding a parking spot is almost as difficult as finding a place to escape from the noise of the city. It’s a throwback. Like something from a TinTin book, a true trading town nestled in the Island’s lee-side.

Carlos Cardeñosa is 28 years old, born and raised in Las Palmas, neither tall nor short, extremely polite and always smiling. He declined a life linked to football (though he was actually very good at it) to bet on a less popular and certainly less profitable sport. When he’s not skateboarding, you will find him on the beach, attached to his dog, or spending time with his talented artist girlfriend, Mireia. He’s lived on the island for most of his life with short impasses in big European cities like Barcelona and London, but as with most of us island people who spend time away from our beloved outcrops of rock, we suddenly realise how attached we are to our island home. The disconnect we feel with big city life makes us crave returning acutely; we need to come back with all we learned overseas and try to make things a little bit better at home. Let’s just say we learn to love our birthplace the hard way. I met Carlos a few years ago on El Hierro island—we talked a lot and found we were interested in the same kind of projects so it felt natural to start working together. So as soon as local lockdowns would allow, I jumped onto our neighbouring island to shoot.

Carlos skateboarding makes a beautiful contrast with the island itself. While Las Palmas dances with the chaos and feverishness of any big city, Carlos remains composed, calm and smooth, navigating through the spots with effortless finesse, sporting the laid back attitude of the Canarian people.  Somehow being with him makes the city more mellow and easy-going—just what I need to get the right taste of a city where perhaps I started off on the wrong foot.

I have to say I had a harsh relationship with Las Palmas. It really stressed me out and I never felt linked to its rhythm before. But this time, with a different point of view and with such a great host, I found all those things I wasn’t able to before. The following series (or double series should I say) is the result of a week learning to love Las Palmas through skateboarding with Carlos Cardeñosa.