A Personal History Of Camera Shops 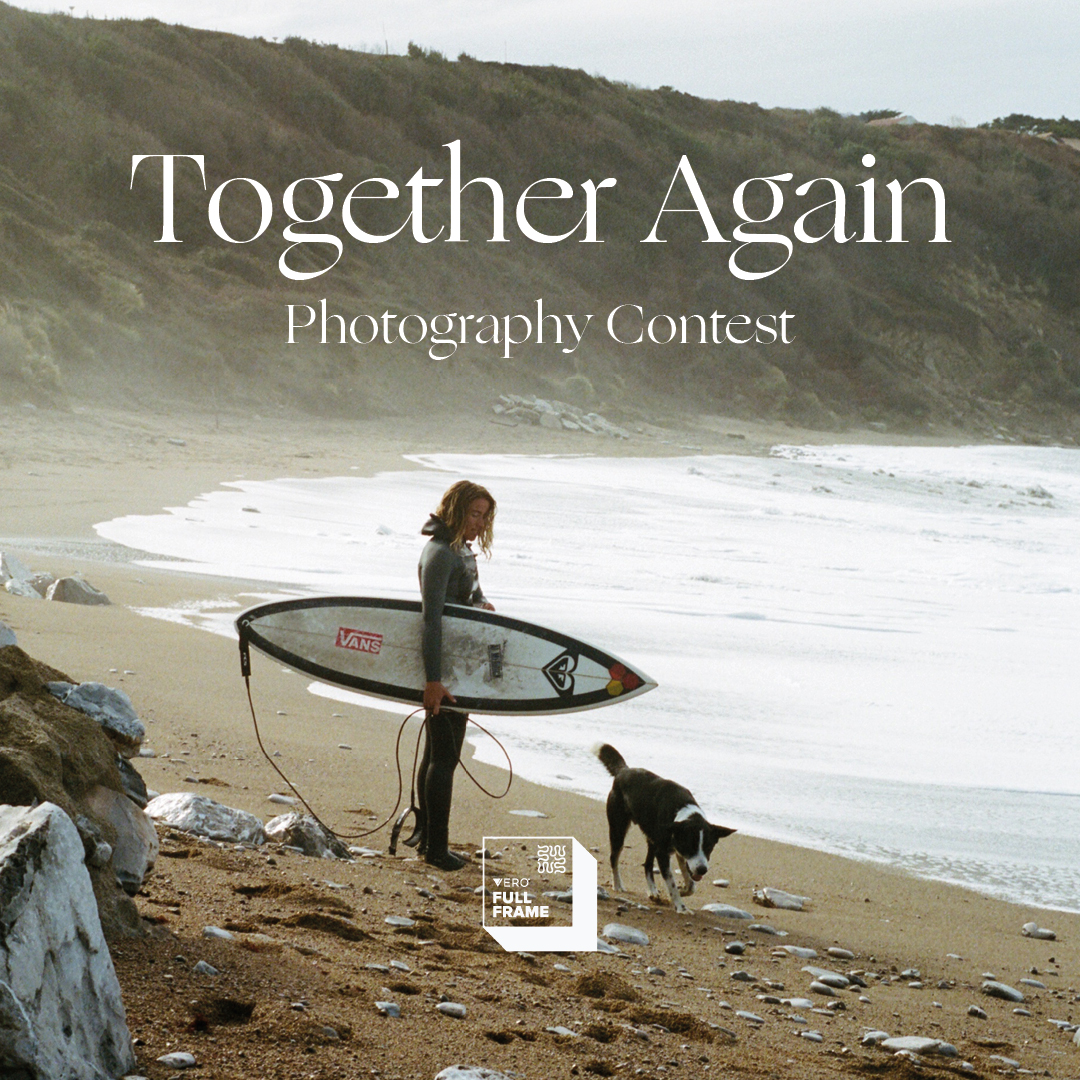 Okay, so, starting a bit of writing off with the phrase, “When I lived in Los Angeles,” is one of the most obnoxious things anyone can do.

But a lot of people still do it. And in earnest. Why? Well, because some shit only happens in that bizarre city and some people like to talk about it at the dinner table. That, and some people choose to spend close to a decade living in that big pit of sand so they have a lot of material to work with. People like me.

Anyway, when I lived in Los Angeles there was a massive camera shop three blocks away from my apartment. It was four stories and took up half a city block. They had a photo lab that did scans in 90 minutes (America!). They also hated it when customers didn’t rewind their film before arriving and would make you go to the back of the line if you started to struggle with your SLR.

Every time I’d go there I’d hand in my rewound film, a compatible USB, and then silently walk two blocks to a diner. Every time I went to that same diner I’d sit in a booth, read, and drink so much free-refill coffee (America!) that I’d end up feeling like that guy who dies in Mulholland Drive. Every time I’d come back and pick up my film the same woman at the register would smile at me and say, “Take care.” The one time she didn’t, I walked outside and saw Leonardo DiCaprio angrily yelling, “GODDAMNIT,” into his cellphone in the parking lot. 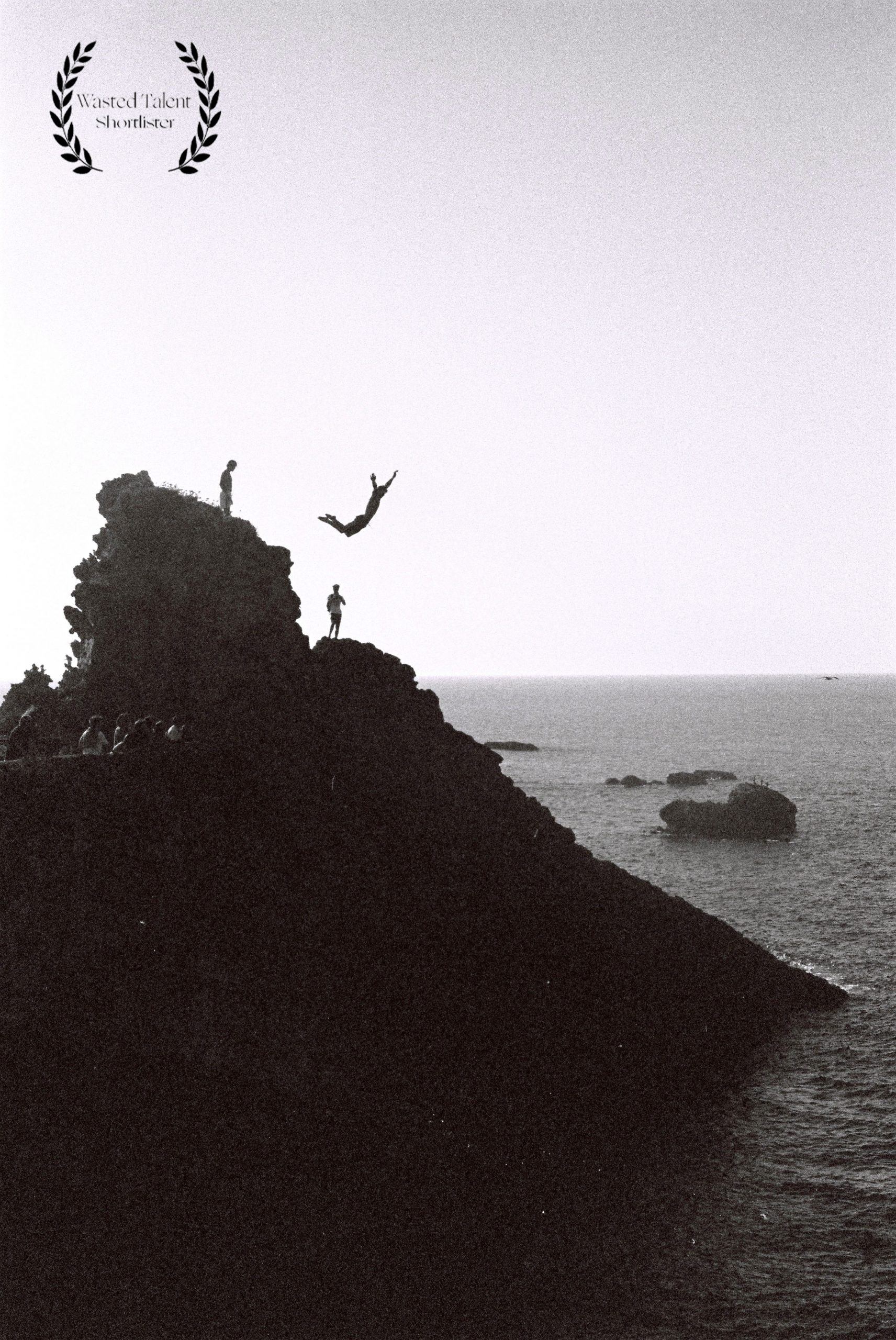 Thomas is just 17 years old and a French student who arrived in Bayonne this year to study law. He is mostly here to surf, though. And take photos. “To be honest,” he says. “That’s how I shot this photo, next to Le rocher de la Vierge in Biarritz. I began to shoot photos in argentique two years ago when I received two of my grandfather’s cameras (a Nikon FM2 and a Nikon F3) that he was using for his work. I fell in love with argentique photos and have been in love since then.” 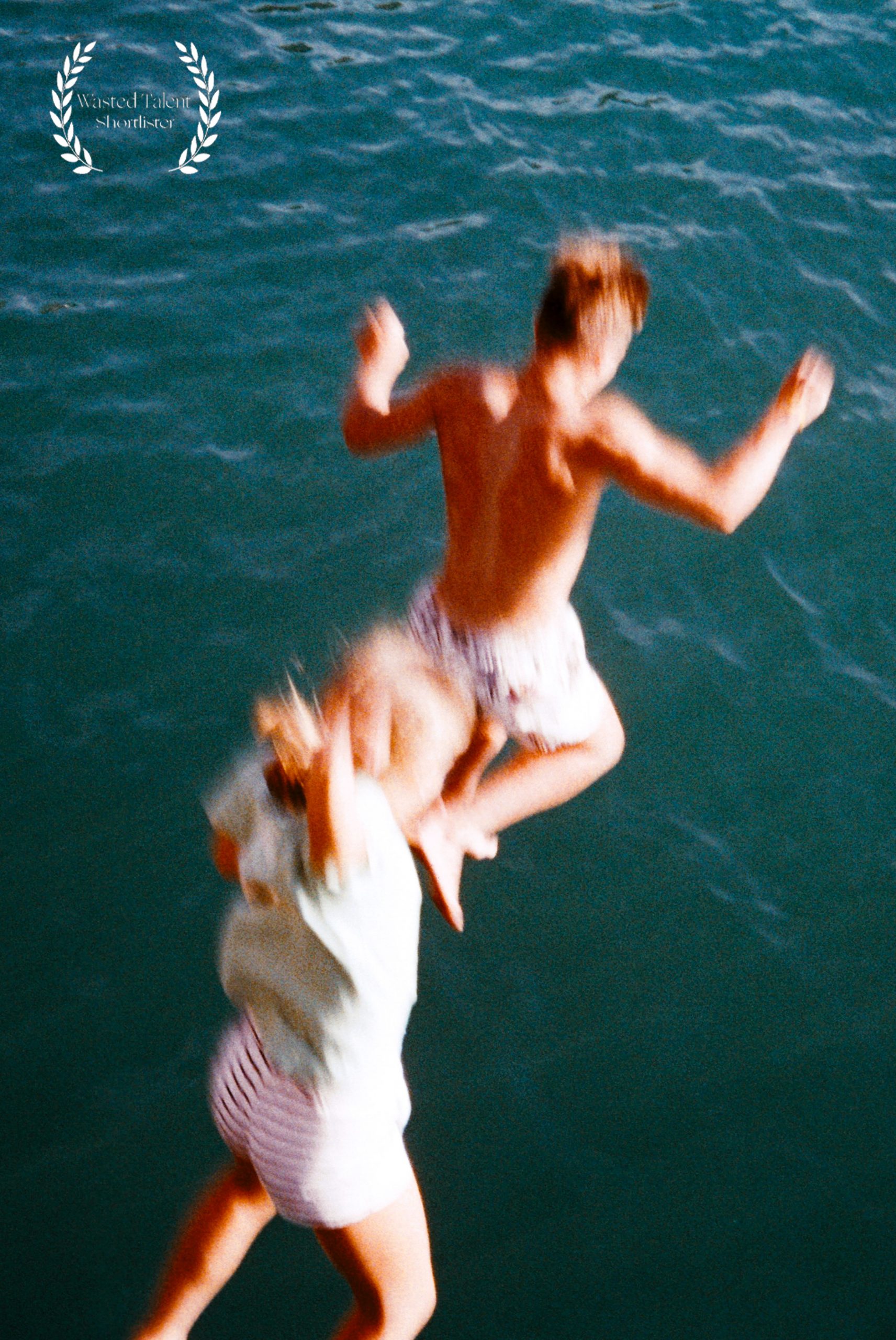 Bryan is a photographer and video editor based in Barcelona. Raised there too, besides Yalta and Belgrade as well. He works in fashion, landscape, and lifestyle photography. Analog and digital, stills and motion. “I draw inspiration from youth and beach culture,” he says. “Between assignments I have started a side project restoring classic Mercedes-Benz vans that I later test on occasional surf trips.” Not a bad way to live it sounds like.

Thank you to everyone who submitted their photos. And thank you again, plus a massive congratulations to both Thomas and Bryan. Two more shortlisters will be selected next week. So, if you weren’t picked this week, don’t worry! There are still three more weeks for you to submit your photos and win our prize of a gallery showing at the Wasted Talent Studio and the $1000 voucher and an opportunity to be published in Wasted Talent magazine grand prize. Follow us on VERO for more Together Again updates and to submit your entries.