Skip to main content
Close Search
Back to Ports in a storm Next post: A postcard from the Amalfi Coast

Let’s face it. There’s nothing more cringe than competitive skateboarding. It’s not a sport. There is no winner. Tricks should never get a rating out of 10. It’s literally the antithesis of every reason we set foot on a board in the first place. With all that said, we couldn’t decline the offer of coming to Street League.Oh The hypocrites we are!

For a start it’s Barca, and you don’t turn down trips to Barca.

By the time we navigate through the maze of commercial duty free, that never ending straight line of walking escalators to the final award of delayed baggage reclaim, it’s too late to fuck around with hotel check ins. We hustle free airport wifi. iMessages flood in. “Where are you? Everyone’s ripping. It’s 22 degrees and free beers await”. Buses are long so we indulge in a taxi, courtesy of the alcohol petty cash that will no longer be required. 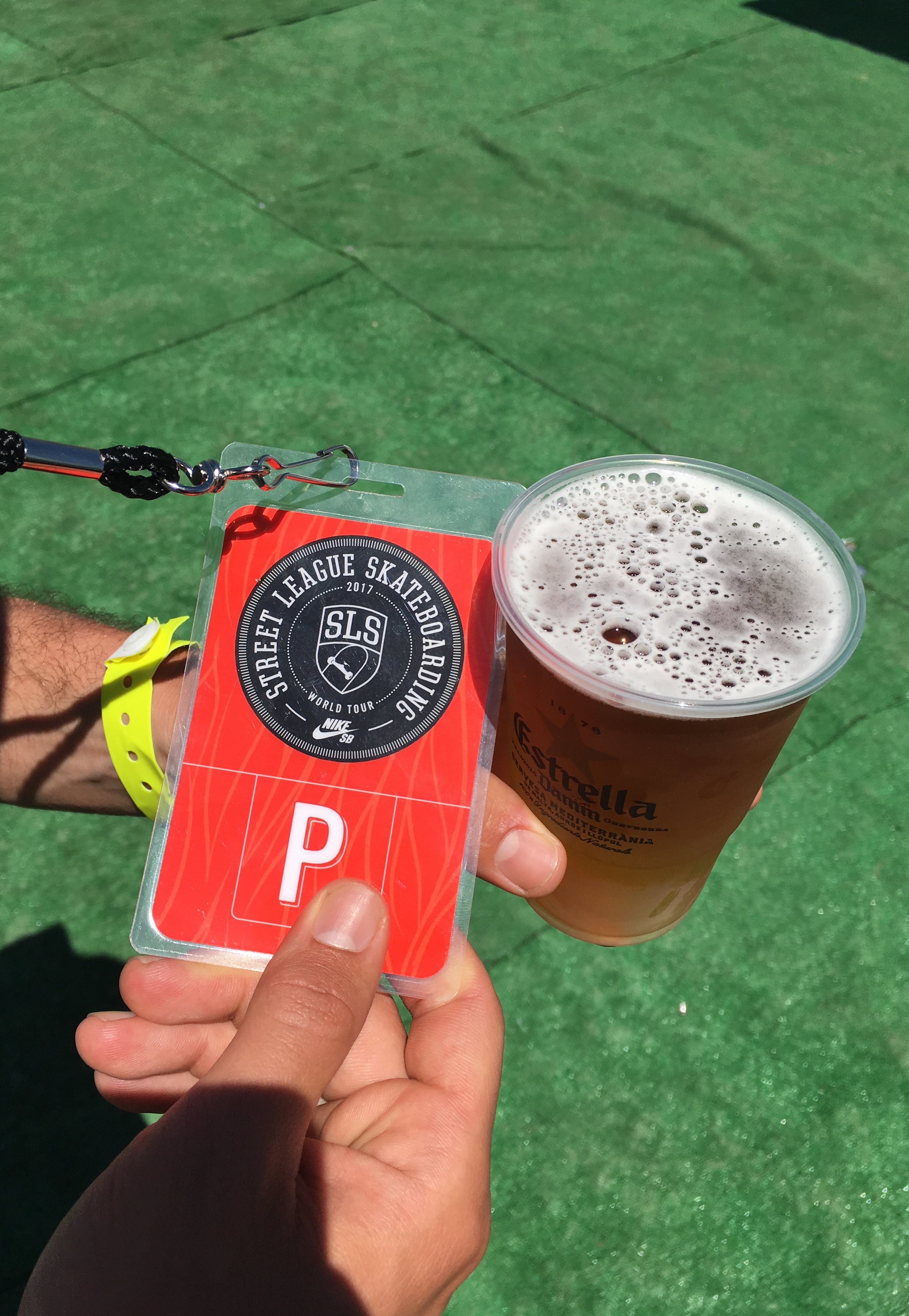 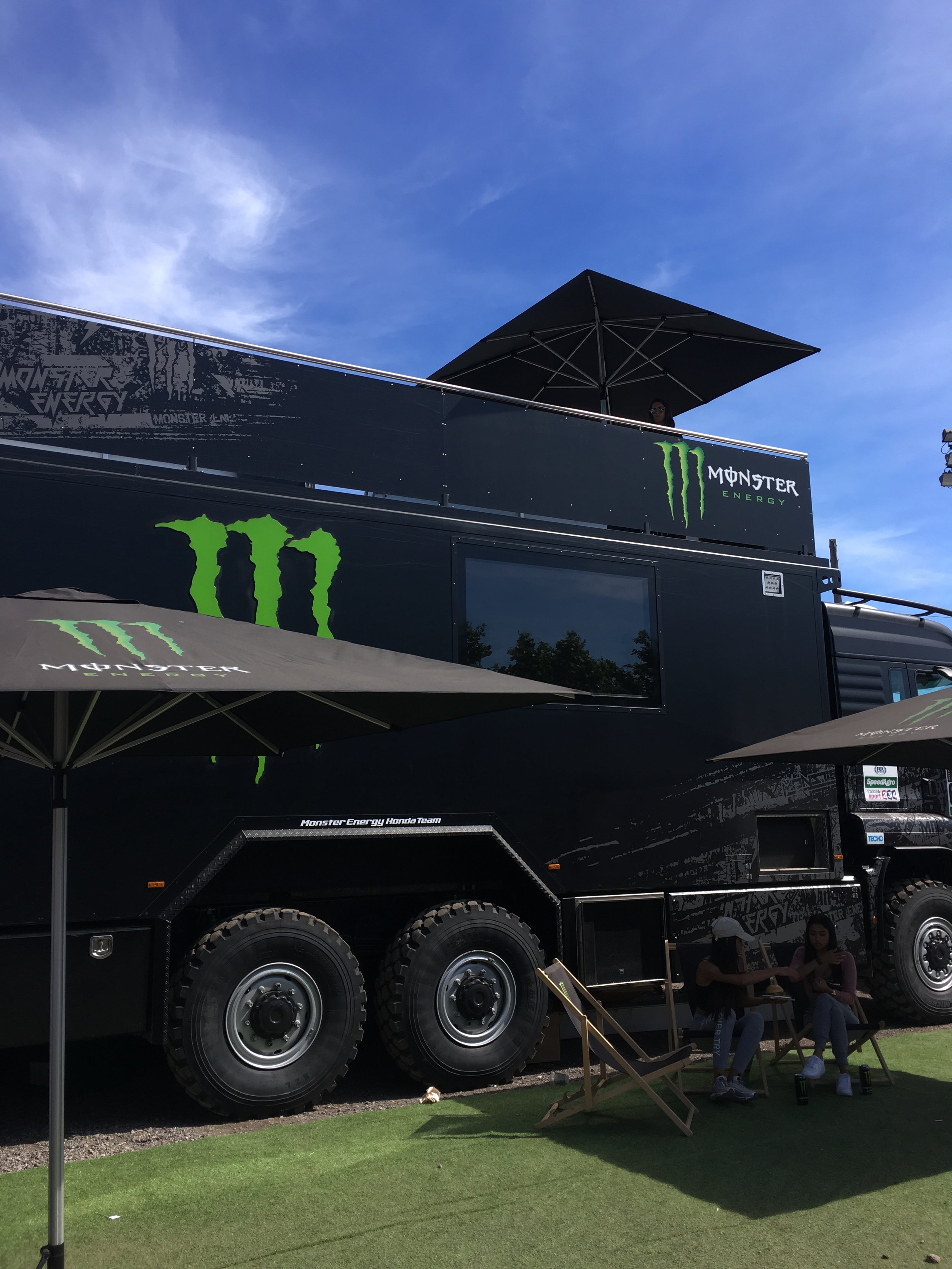 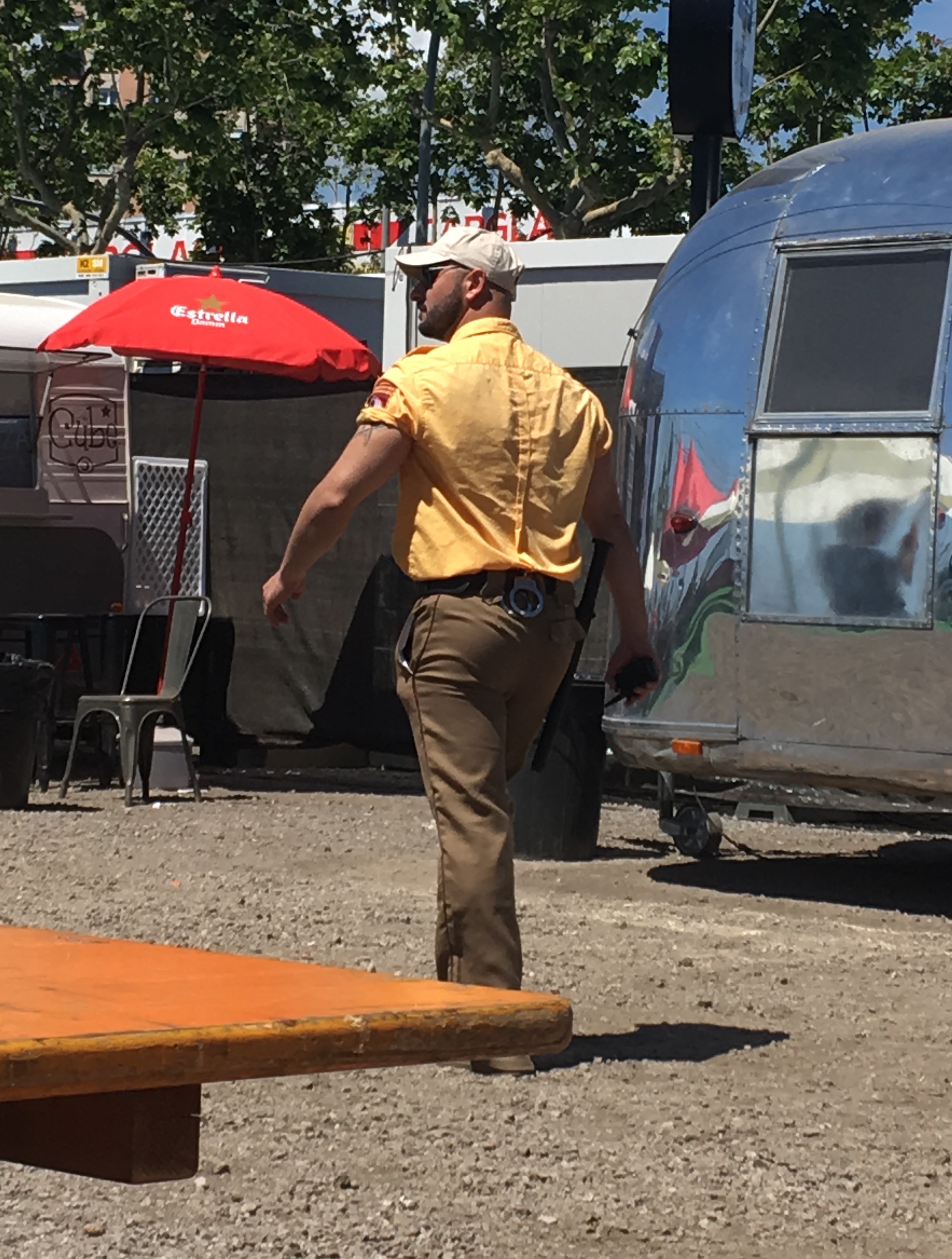 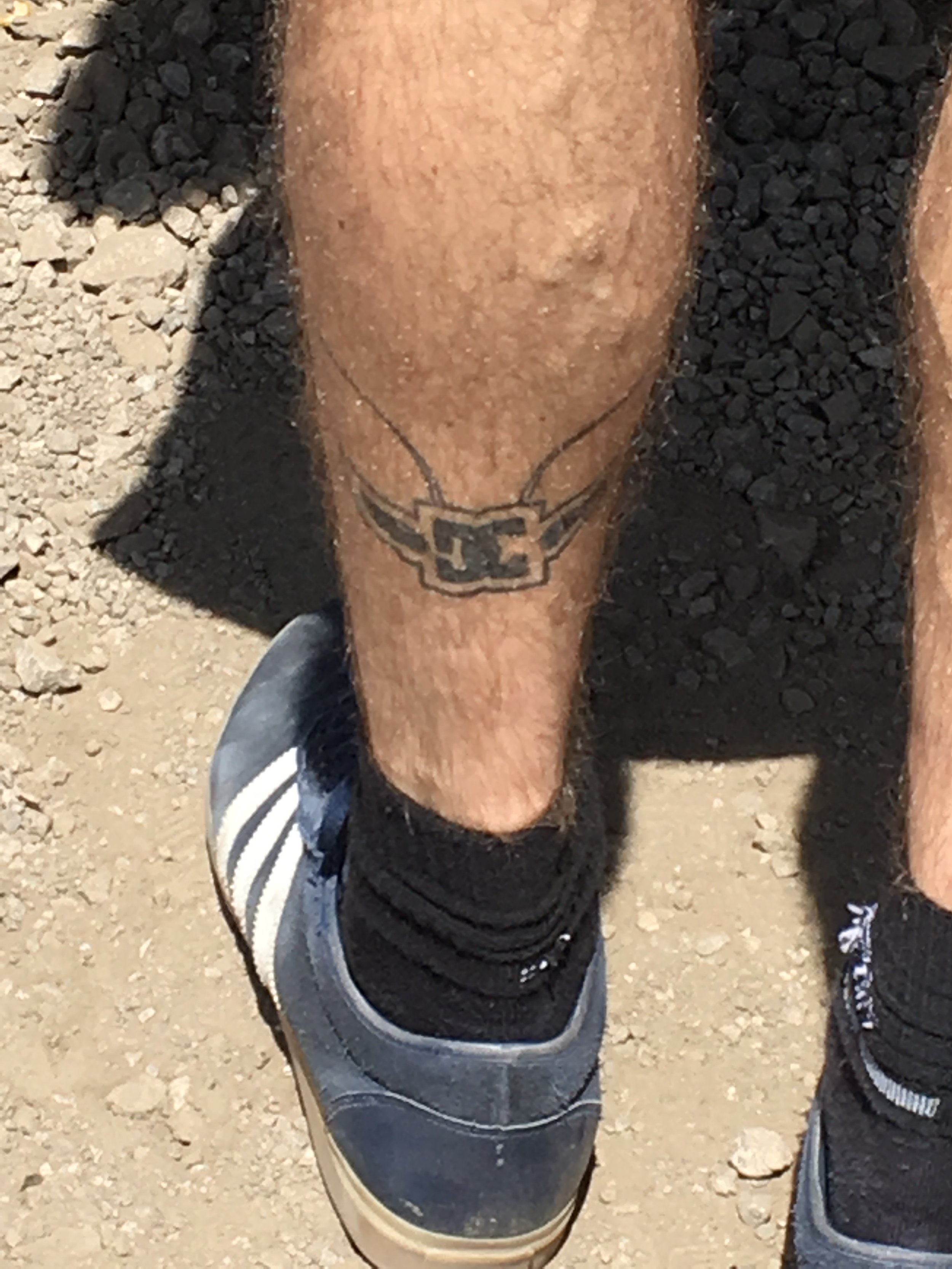 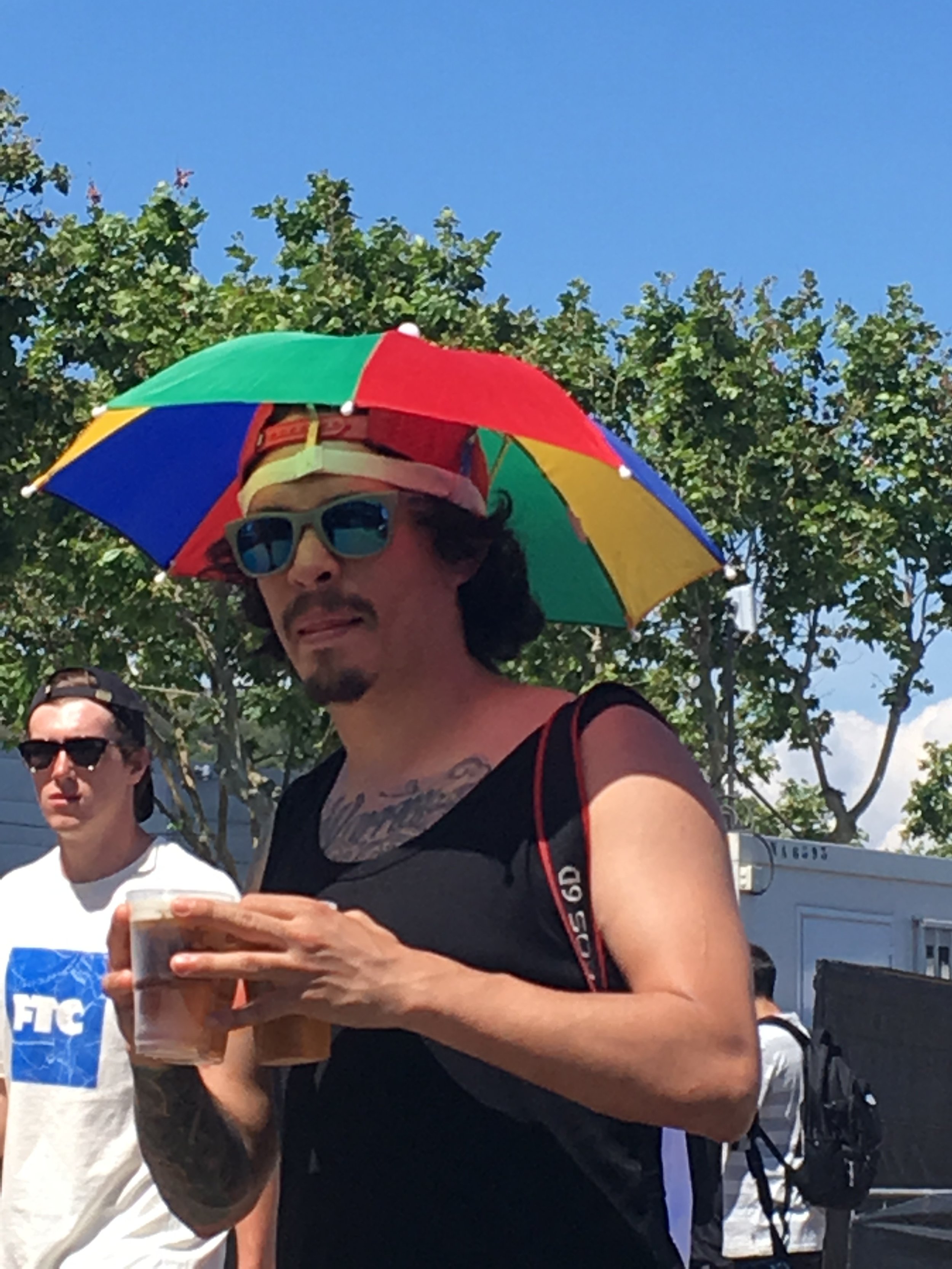 The texts don’t lie. Free beer awaits. Everyone’s ripping. It’s 10:30am. First day syndromes. The recovery from after parties doesn’t start until tomorrow. It’s the AM comp. “Youngins and that”. Stoked to see Casper Brooker involved, although I’m sure he’d rather be in NYC with Jacob Harris et al on that Atlantic Drift mission right now.

We bump into Ishod. Talk about cars, Trump & his place on Epokhe. More on that to follow.

The day pisses by, as does the beer. Time to ditch the luggage. Room key obtained. Pizza at Macba. Marcel Veldman has a new exhibition on. Naturally we proceed. More free beer ensues.

Day two is more of the same. And for all the hatred I birth for the competitive nature of the whole damn thing, the skateboarding itself is next level. The best thing about SLS is the shit they don’t air. Forget those heats, it’s those moments in between. Where everyone free balls it. And there’s nothing more fun than watching Evan Smith freeballing. It’s ridiculous. Exhibit A

By the final day we’re spent. Everyone’s flaky. Scoping the action next to the park is no longer an option. It’s a day spent hidden underneath parasols, hustling free nachos, whilst trying to prevent further sunburn. Tor Ström tells us stories of going straight to breakfast from the party with champagne bottle still in hand whilst Jamie Foy absolute destroys his best trick section on the big screen. He even brought his Mum along with him. Got time for that.

Once Nyjah gets the standard win the vibe kinda goes. People hastily gather in the hope of seeing some more of that freeballing but security are over it. Crowds are gently but tactically kettled out. Free bars are no more. The park is effectively shutdown. The time to retreat to rooftop pool vibes is upon us.

There’s a shed ton of moments, quotations and minor debauchery I’d love to divulge but for legal reasons it’s probably best we cut here. Last night’s party was messy and for the record whoever chose Otto Zutz as the location needs to seriously re-evaluate their decision-making. Both location and venue are dead. The same goes for whoever booked our flight at 6am, it’s just cruel.

But on a serious note thanks to everyone who made those 3 days. We had an absolute blast. Now if you don’t mind we need to retreat to a dark place and find a stream for this Twin Peaks season 3 premiere.

Dear Biarritz, I fucking love you!
adminmag
Ports in a storm
October 21, 2018

A Letter from our Editor not so at large.
adminmag
Ports in a storm
March 31, 2017

Barcelona is a port in a storm we would highly recommend visiting.
adminmag